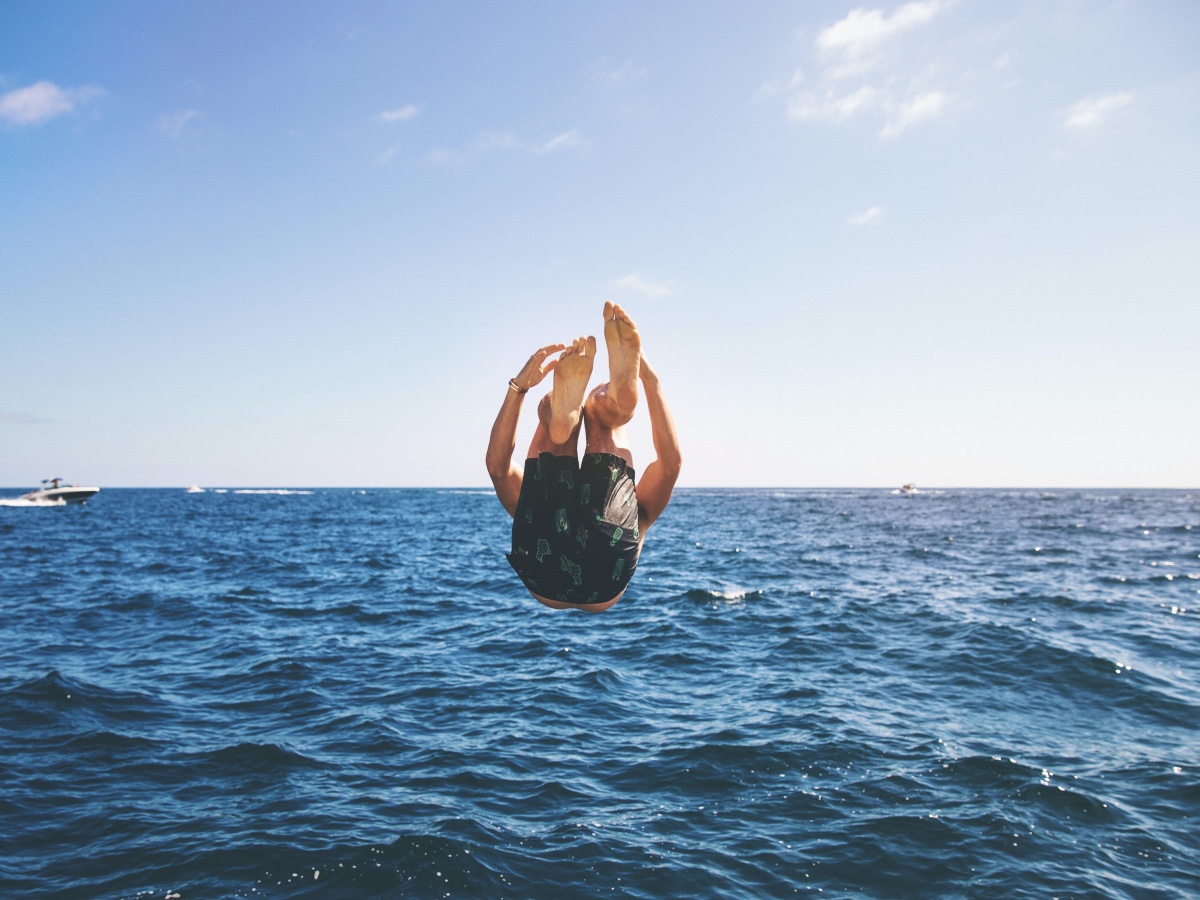 If you’re into crypto news that comes from beyond the top 20 coins, you might be familiar with the drama surrounding Waves [WAVES] and Neutrino USD [USDN]. In short, this involved the stablecoin USDN losing that status as it oozed value, while Waves founder Sasha Ivanov blamed Alameda Research for leading a FUD campaign against the flailing WAVES.

FTX CEO Sam Bankman-Fried rubbished these claims, but now that the waters have settled (a little), let’s take a look at what’s going on in the WAVES community.

Waving goodbye to the past

On 6 April, Ivanov claimed that he had bought five million USDN. The ex-stablecoin, which fell down to $0.78 at one point, was trading at $0.9131 close to press time.

What’s more, the Waves founder indicated that he planned to buy more USDN at a discount and perhaps turn Waves into a DAO. Strong ideas do have the potential to attract investors, but USDN was still trading far below its original price since being de-linked from its peg early in April. 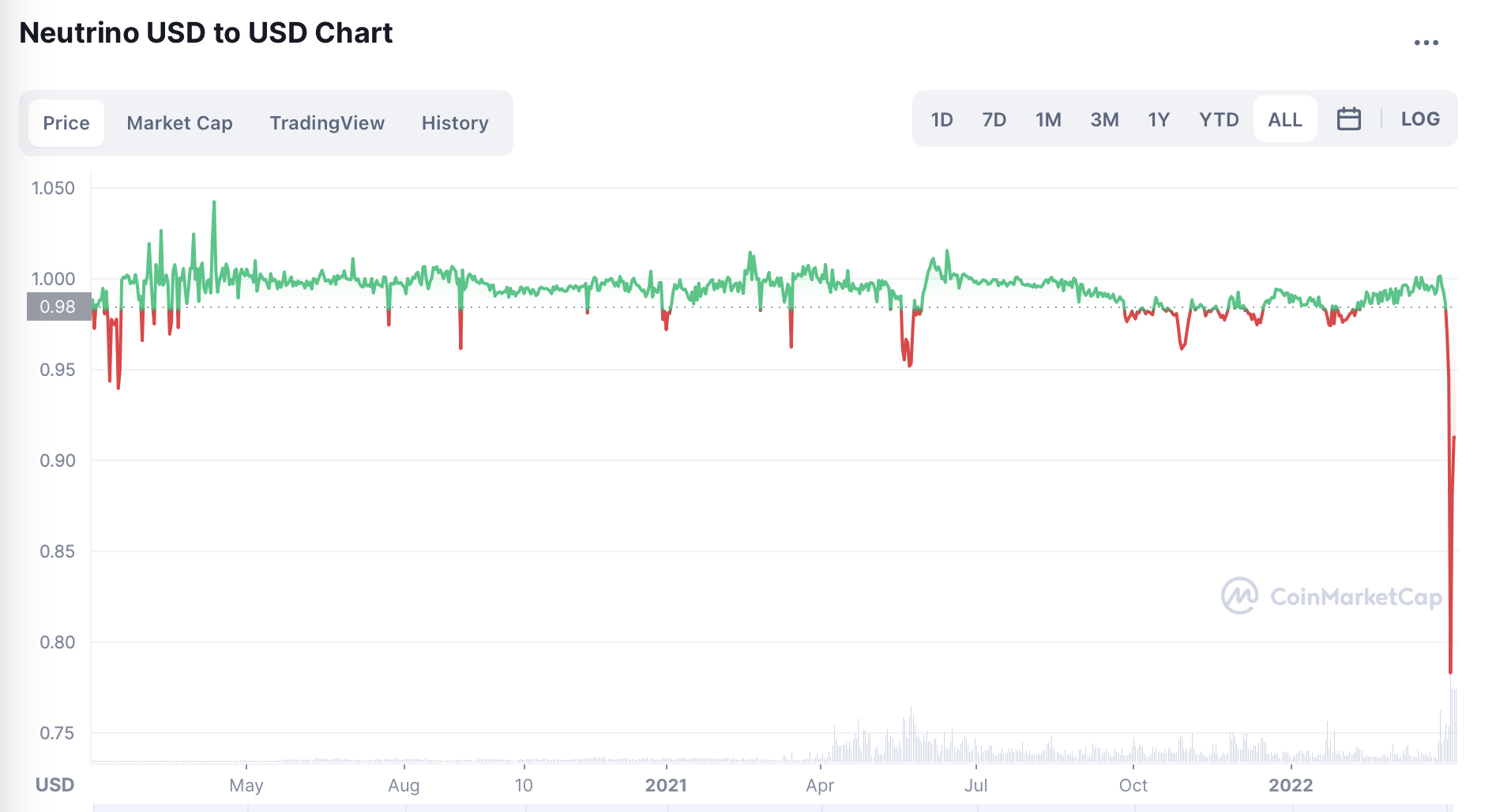 However, DAOs are a glamorous word in the industry – take a look at the TRON project, now officially called TRON DAO on Twitter.

Making a splash. . .or a bellyflop

However, trading volumes were still spiking, suggesting that many investors might be looking at this fall as a “buy the dip” opportunity – in case WAVES sees another vertical rally again. 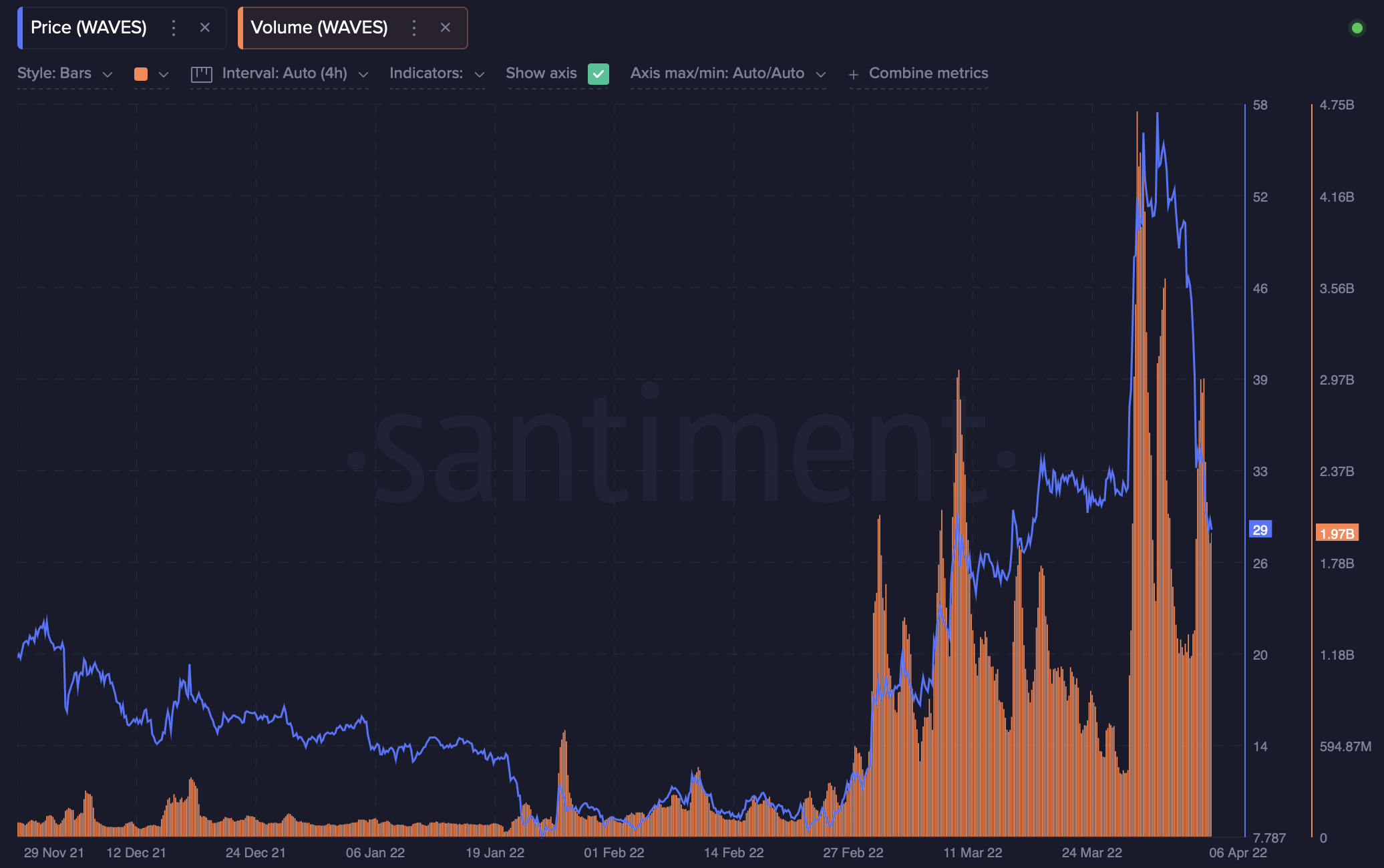 Is Vires veering or stabilizing?

Another puzzle piece: Vires Finance, the liquidity protocol for Waves – where Ivanov claimed he discovered evidence of Alameda Research’s attempt to short WAVES – put out a proposal explaining how the economics of the ecosystem might be changing to stop price manipulation in the future. It stated,

“In order to prevent price manipulation and protect the ecosystem I propose to temporary reduce the liquidation threshold for Waves and USDN borrowing to 0.1%. Also I propose to limit the maximum borrow APR to be 40%.”

When users complained they did not understand the impact, Waves developer advocate and engineer Inal Kardanov said an explanation would come – if his tweet got enough love.

I see that many people don’t understand what this proposal for @viresfinance means for them and their money 👇 Like and retweet it if you want to read a thread-explainer 🧵 https://t.co/ST9hhhW2Qm

As of press time, 28.9k were in favor of the motion, while 24.7k were against it. What’s more, Waves and USDN were still trending terms on Santiment.

Report: Bitcoin fees at ‘all-time lows’ but here’s why it’s important this time

Decoding whether Filecoin is ranging, compressing, or pulling back