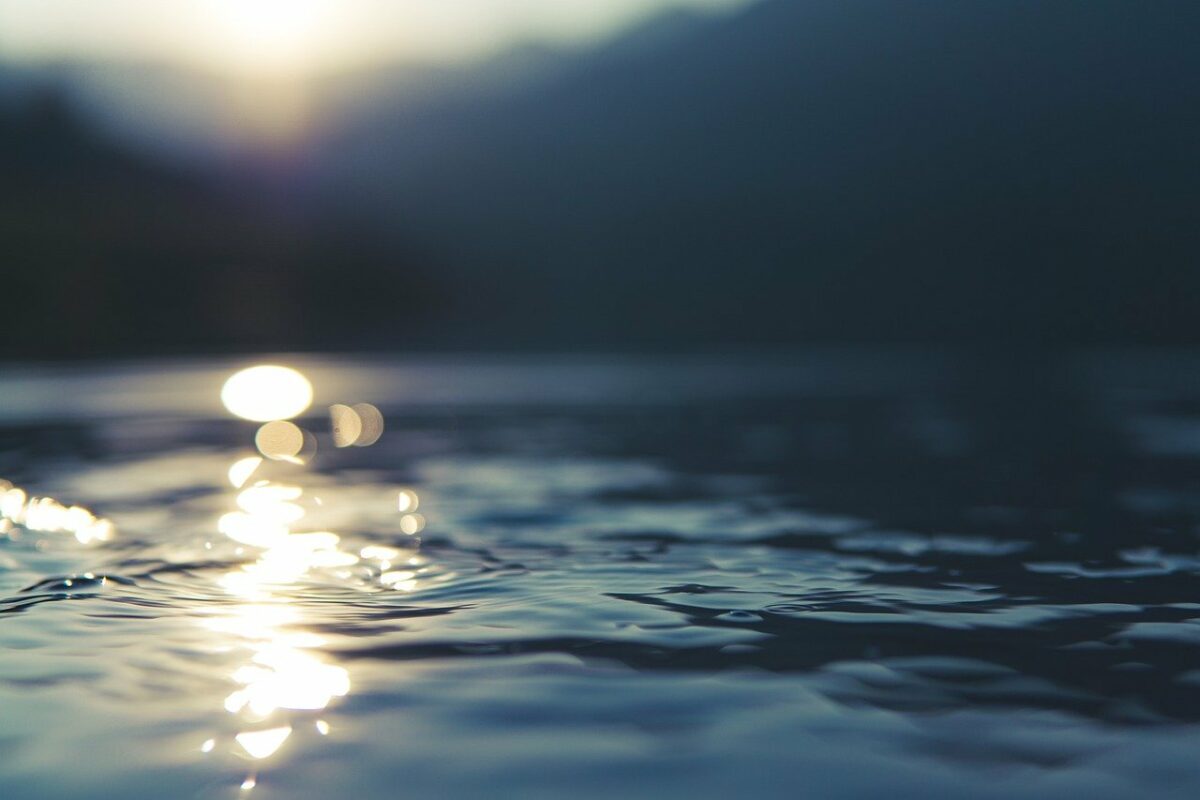 Is it a range or is it a consolidation? Was the Filecoin short-term price action bullish or bearish? The market structure in the near-term, which had been so bullish previously, appeared to be ranging for the past three days. The indicators showed bearish momentum and selling pressure rising behind Filecoin. A bullish pattern was evident on the charts but at the same time, there wasn’t evidence of strong buying pressure yet. 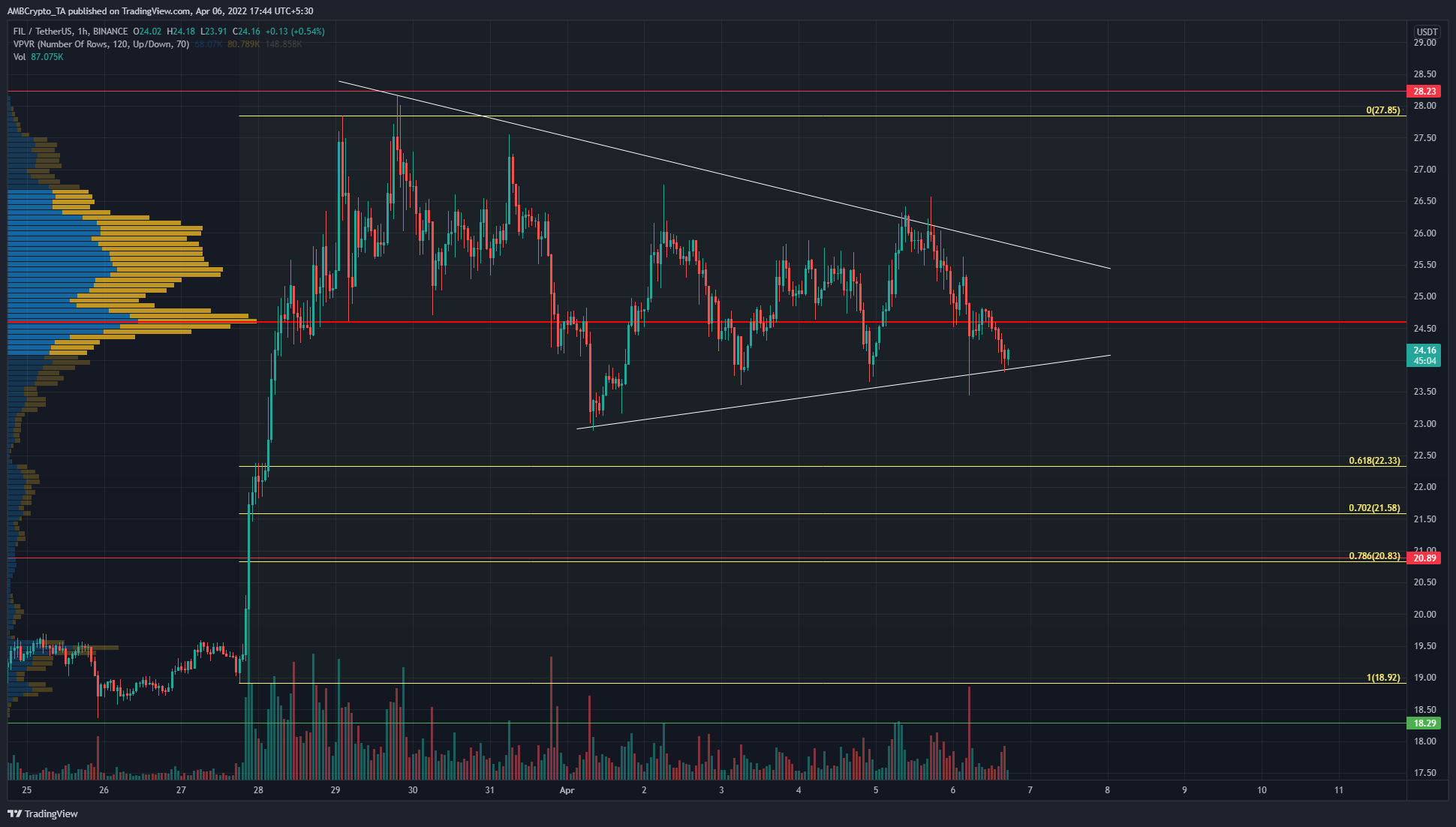 So many questions. On higher timeframes, the pattern appeared to be a bullish pennant pattern in the making which would only be confirmed on a breakout to the upside. As the old saying goes, when in doubt, zoom out.

The Volume Profile Visible Range showed the POC to lie at $24.6. At the time of writing, the price slipped beneath the Value Area Lows, which indicated that the asset was underpriced based on the Volume Profile of the past ten days.

Filecoin was trading at $24.16 at press time. It has also formed a symmetrical triangle pattern (white), but, if we consider the move from $18.9 to $27.8 to be the flag pole, then a pennant pattern could be forming. 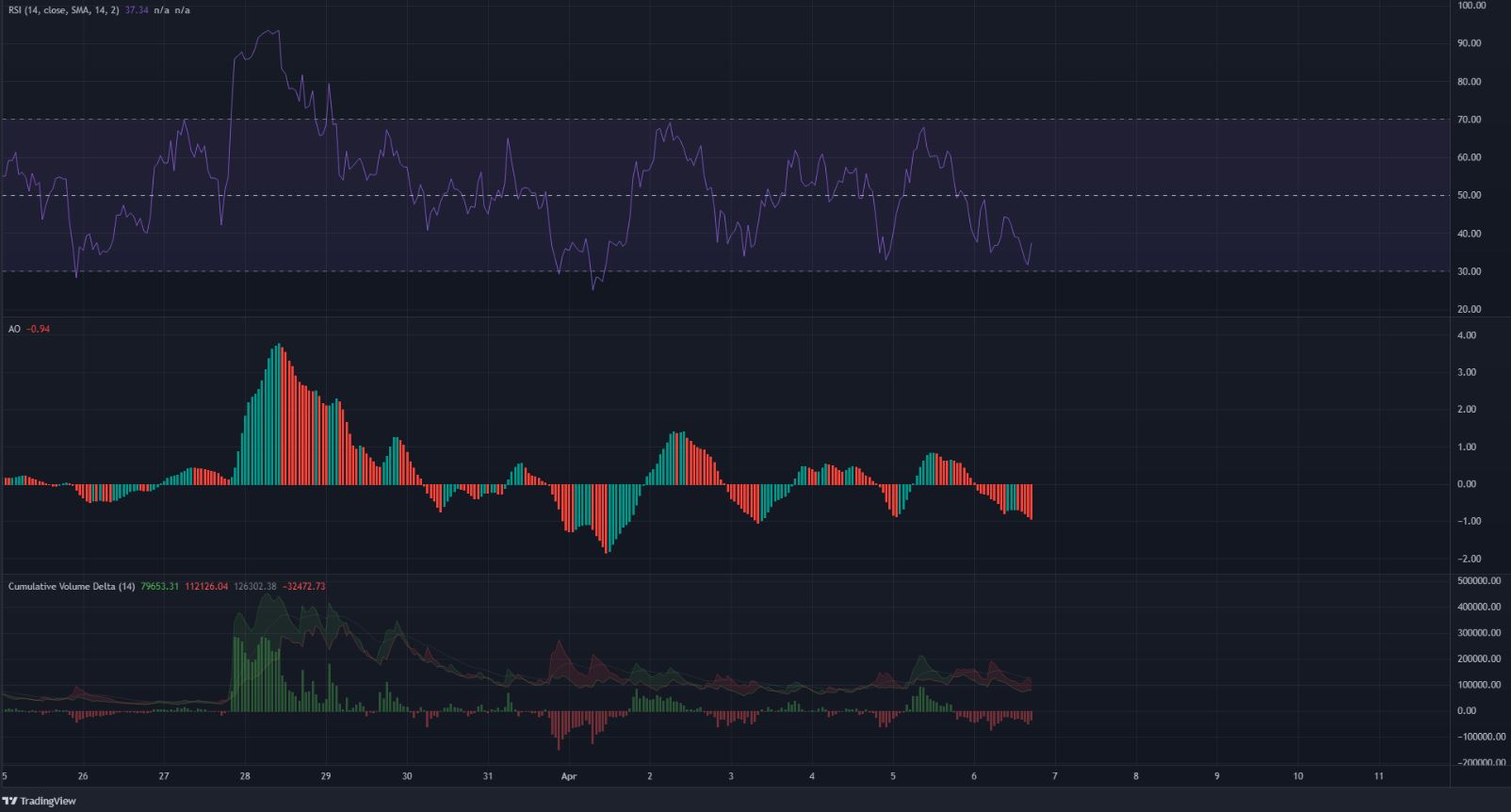 On the other hand, a move below $23 would indicate that the pennant pattern was invalidated and that the market had turned bearish. The short-term momentum indicators were bearish as they reacted to FIL dropping from $26 to $24.1 in just over a day.

The RSI was at 37, while the Awesome Oscillator also painted red bars on its histogram to show rising bearish momentum. The CVD has also been in the red in the past few hours in response to the selling pressure.

Bitcoin took a plunge from $46k the previous day, and it could be the case that Filecoin was reacting to the short-term fear in the market. Therefore, unless $23 is ceded to the bears, the bulls stood a fighting chance. A move past $26.4, on the other hand, could indicate the beginning of a bullish move toward $32.

Bitcoin [BTC]: Feed filled with ‘Buy The Dip’ mentions? What you need to know