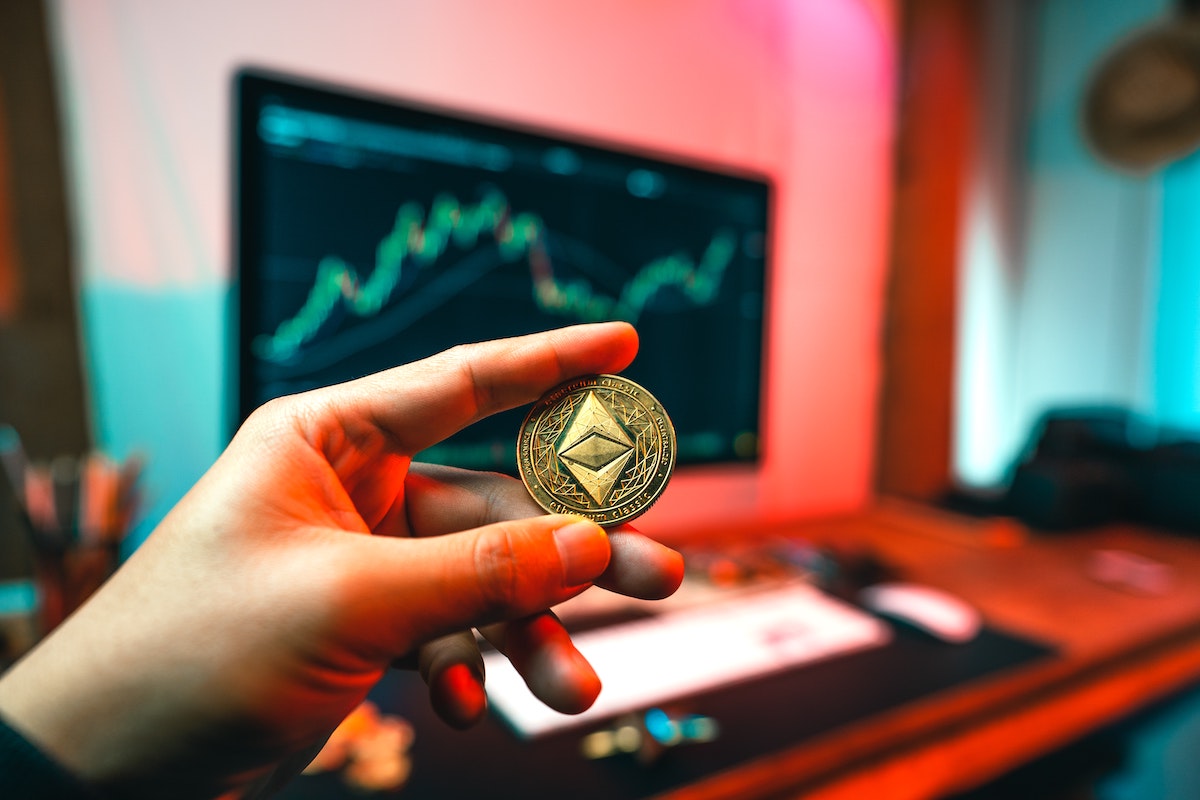 After years of doubts and concerns, is it finally Ethereum‘s time to shine? On-chain metrics indeed point in this direction. Although, it might be too early to say anything promising.

Holding on to you

Despite the volatility, investors of ETH have continued to accumulate, according to data provided by Santiment. In fact, at the time of writing, the top 10 whale addresses were holding 4.3% more of the total supply than they did one year ago. Moreover, according to the data, the 23.7% of all $ETH held by these wallets remain very close to the 5-year high levels that it first breached in late January. 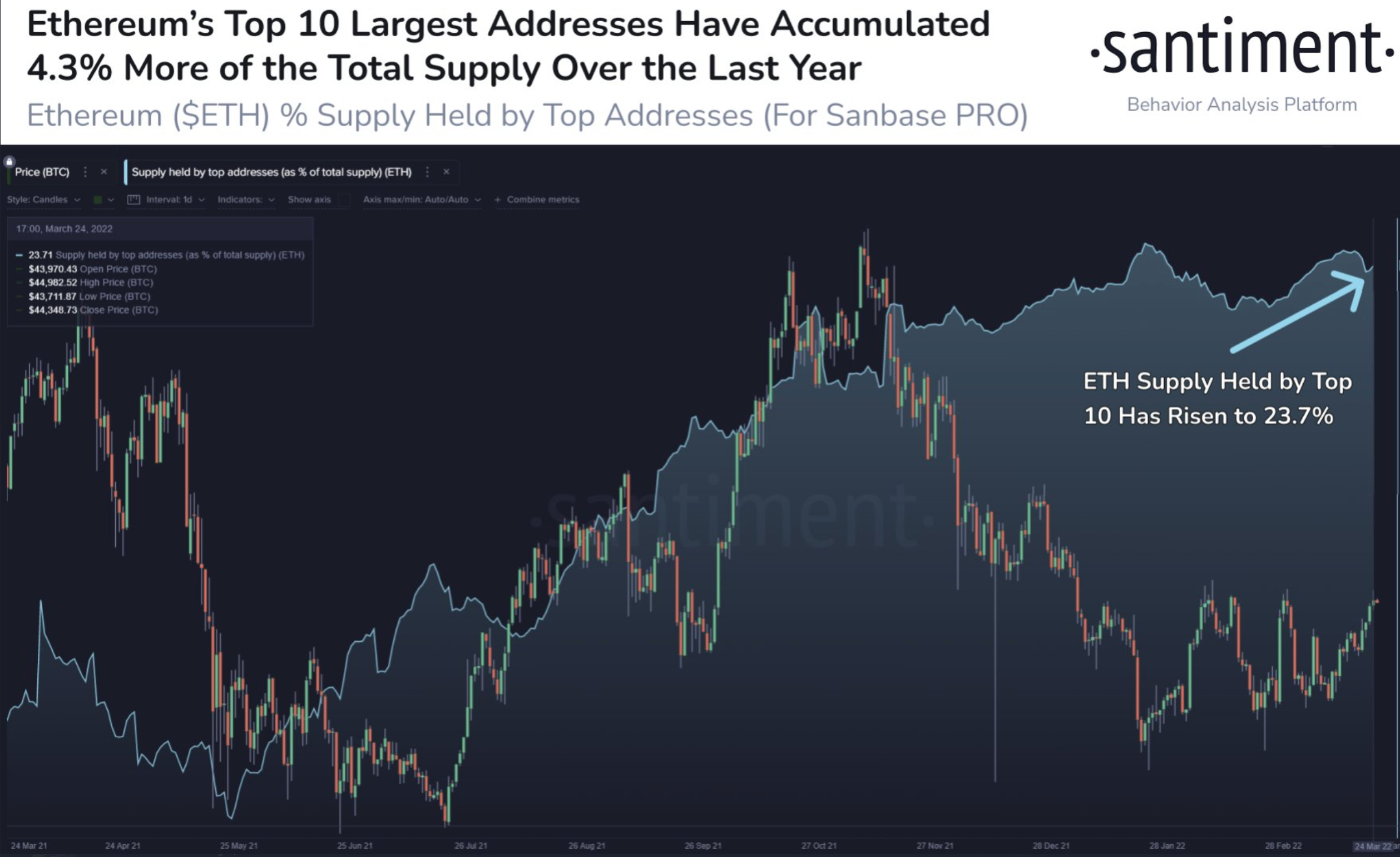 This indicates that major Ethereum addresses are still accumulating ETH in the market despite the cryptocurrency’s subdued performance.

Besides the increase in the number of long-term investors, there are important developments- the ETH/BTC graph below showcased a bullish scenario. In fact, Ethereum began to gain ground, breaking out of the long-term BTC dominance period that started in November 2021.

The turnaround in Ether price over the past couple of weeks was succinctly addressed by crypto analyst Justin Bennett, who posted the following chart highlighting the trend reversal.

The aforementioned development was further supplemented by a tweet that shed light on Ethereum’s surging adoption. Compared to other “trending meme-coins”, the altcoin king remains popular amongst the most significant investors. 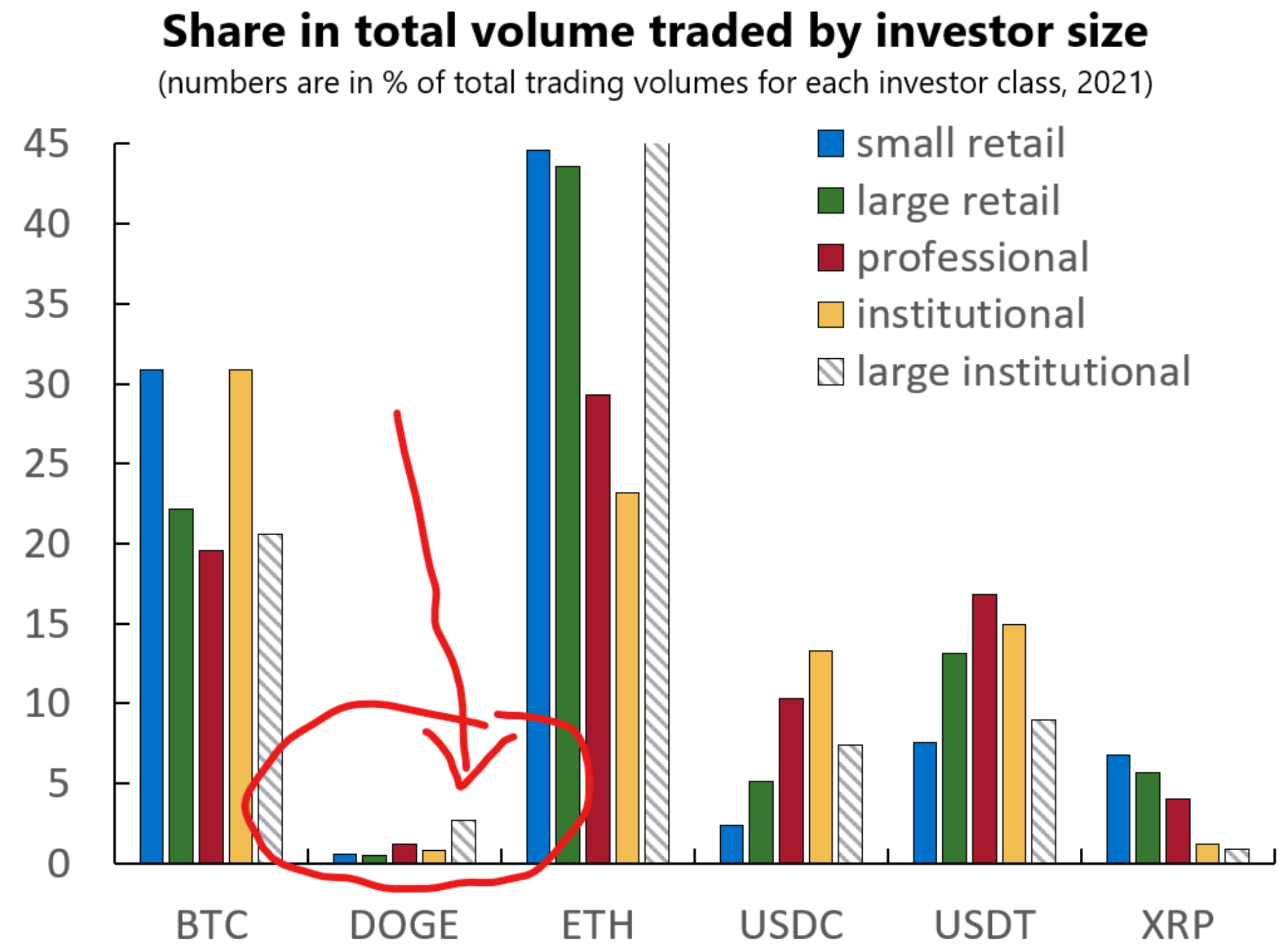 A crypto enthusiast, Tasha Che, in a 25 March tweet asserted: “In case you think meme coins are a “grass-root movement”. It turns out largest investors are the biggest traders of Doge. BTC and ETH are the real retail tokens.”

In addition, a deeper analysis of the effects of the upcoming merge for Ethereum would have a rippling impact on its price. Analysts from the independent global macro and crypto research house MacroHive noted that the merge “will have bullish implications for Ether.”

According to MacroHive, “the prospect of being able to make a passive return on staked Ether will attract more investors into the space,” while the transition to proof-of-stake “will reduce Ethereum’s energy consumption by 99.95%.”

Trying to move on

Ethereum’s 2022 performance hasn’t been in sync with the market. The crypto market remained vulnerable as it corrected multiple times this year. As mentioned below, ETH was down by nearly 17% of its value since January 2022.

Nonetheless, at press time, ETH crossed the $3k mark and was trading at the $3.1k mark with a 1% surge in the past 24 hours.

After Cardano’s 30% rally, here is what could be in store for ADA holders