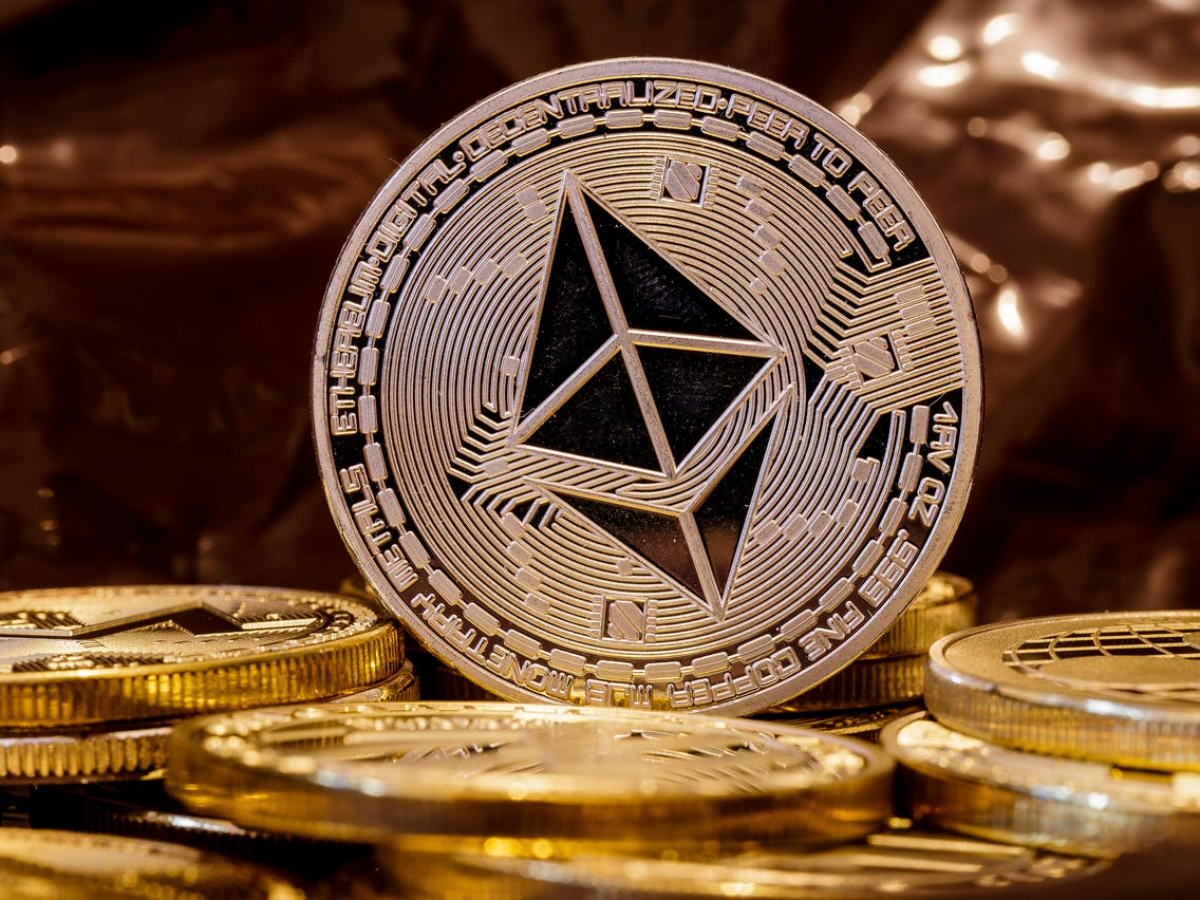 While Ethereum’s price has been struggling to cross the $4000 mark, other estimates show that Ethereum, despite being the second biggest cryptocurrency should be priced at a lower.

But the concern here is that ETH investors have been panicking at the slightest fluctuations, which is turning into a growing case of concern for the whole market.

In the midst of an uncertain market, when investors are already scared, JPMorgan’s crypto expert, Nikolaos Panigirtzoglou’s statement only stoked the fire. He recently said in an interview,

“We look at the hashrate and the number of unique addresses to try to understand the value for Ethereum. We’re struggling to go above $1,500”

He also added that the current price is expressing an exponential increase in usage and traffic that might not materialize. This for most parts sits in line with the realized price observed on-chain which stood at $1,410 at press time. 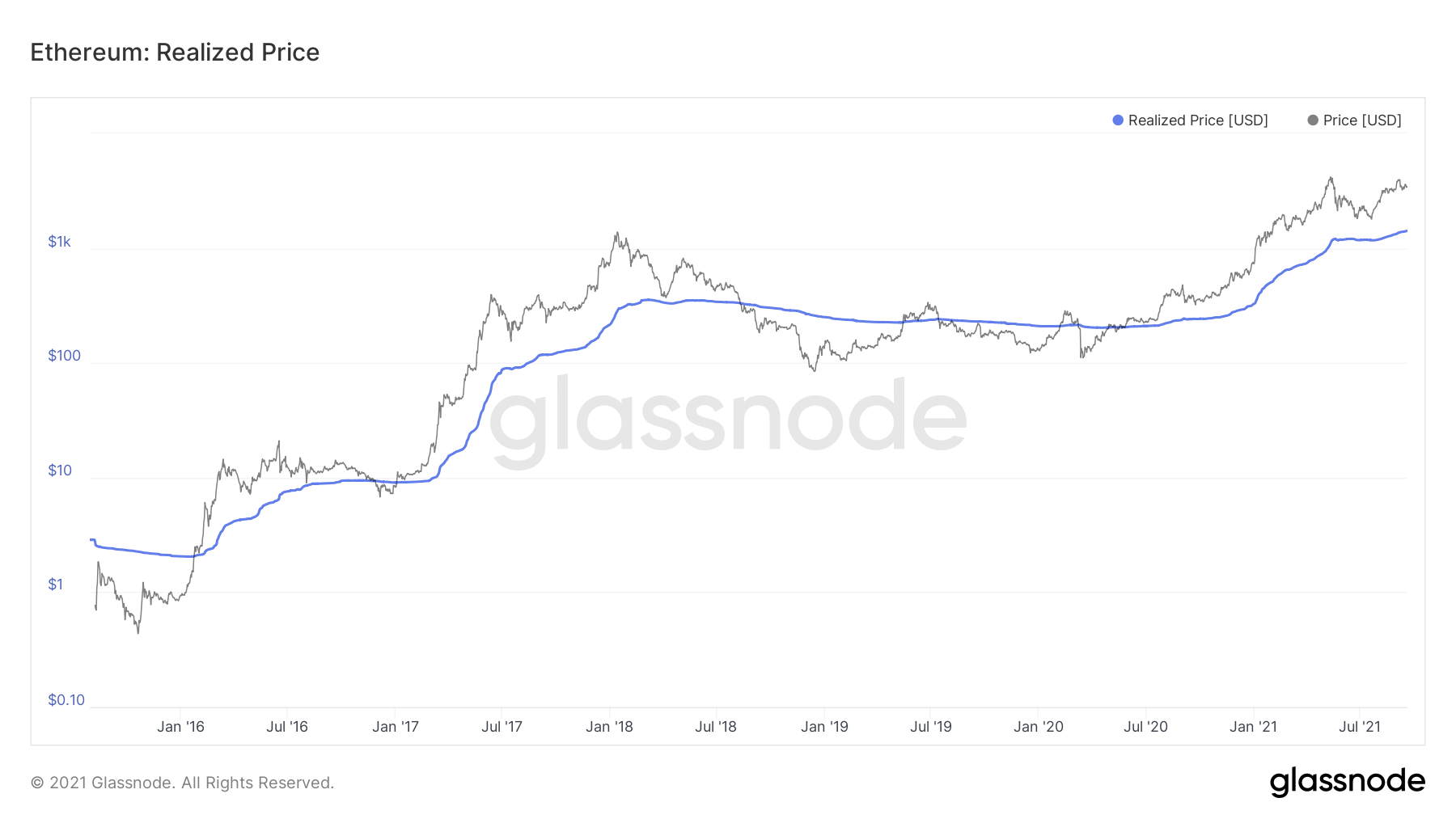 However, even though there hasn’t been any severe price fall, the market has been reacting to the smallest price changes. On September 13 when Ethereum dropped by less than 4%, almost 84,000 ETH was sold into exchanges.

Similarly, on September 17, when the market declined by almost 5%, 49,000 ETH was sold once again. As a result of this panic selling, exchange outflows reached a 19-month low yesterday. 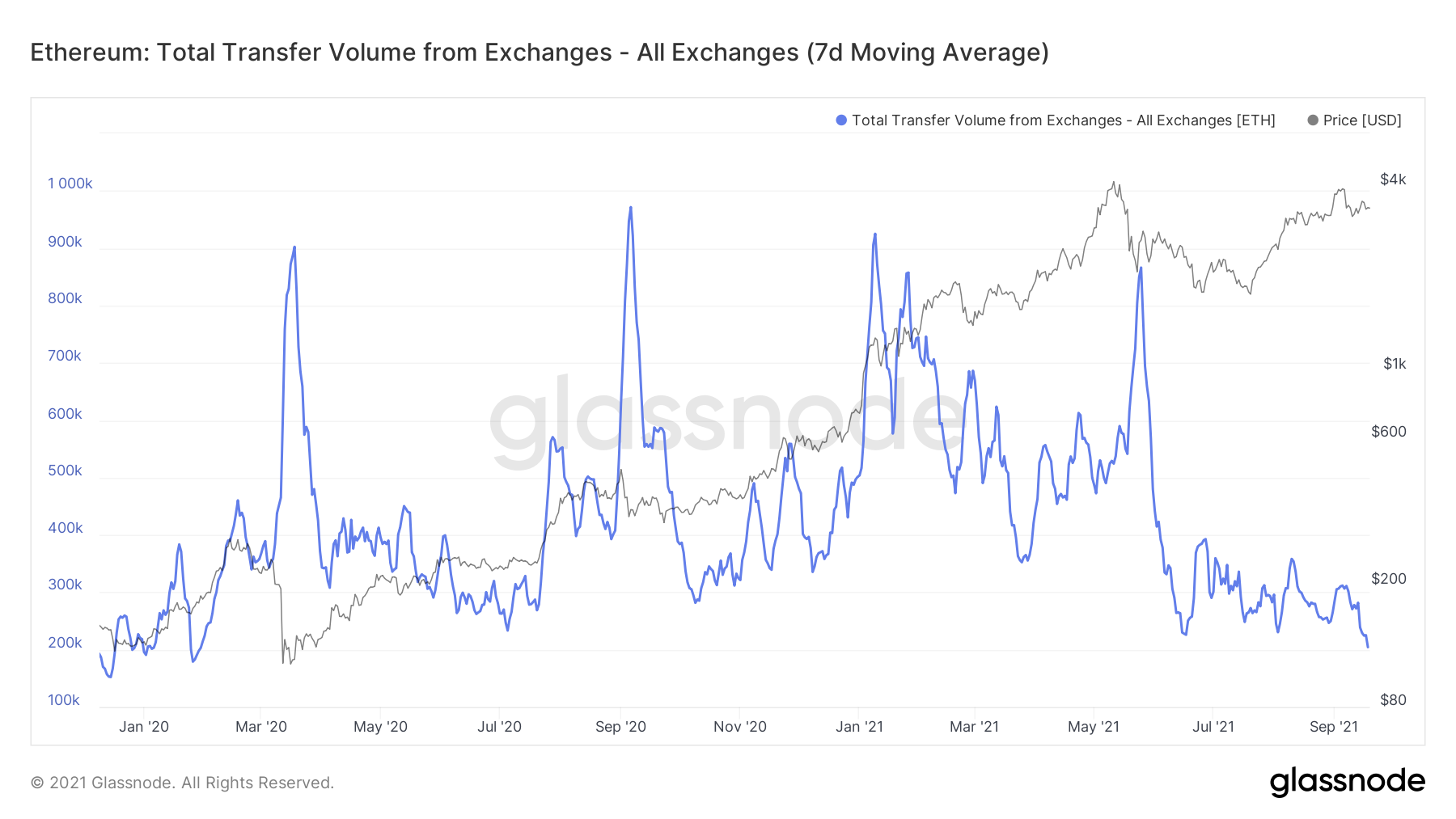 Now, while this selling did come from mid and short-term holders, different cohorts of long-term holders moved their coins around as well. 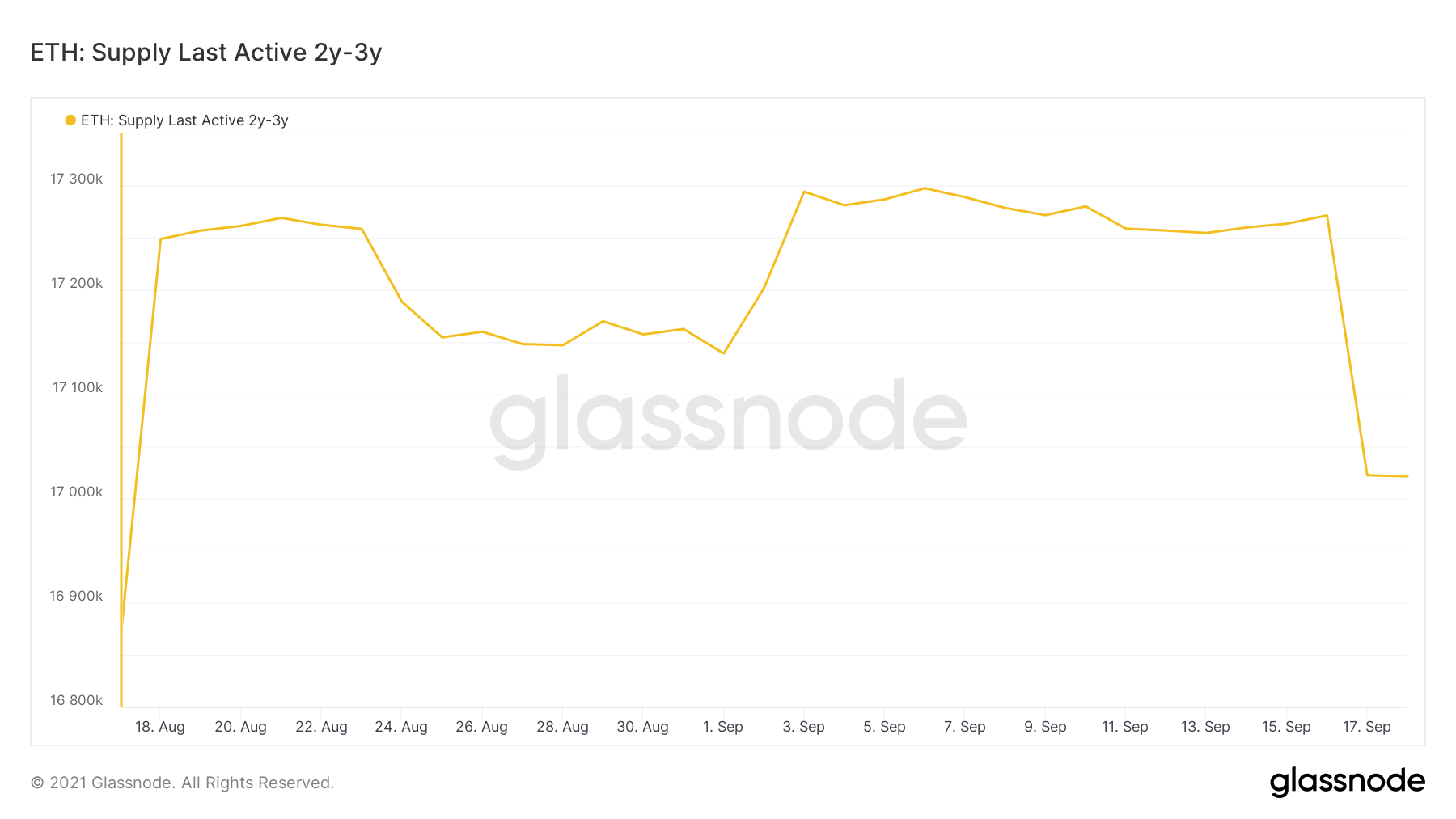 Can this selling stop?

It can be stopped only if investors decide to stop. The JP Morgan expert stated that Ethereum’s dApps building ability is not unique. It can be replicated by the likes of others like Binance Smart Chain (BSC), Solana, and Cardano.

However, according to Skale Labs CEO Jack O’Holleran, Ethereum will continue to remain the primary dApp chain. This was due to the fact that a majority of the developers have been building on Ethereum for a long time now.

Statements of such nature induce bullishness that can be witnessed on the market orders as well. At the time of this report, buy orders were exceeding sell orders by more than 31,000 ETH. 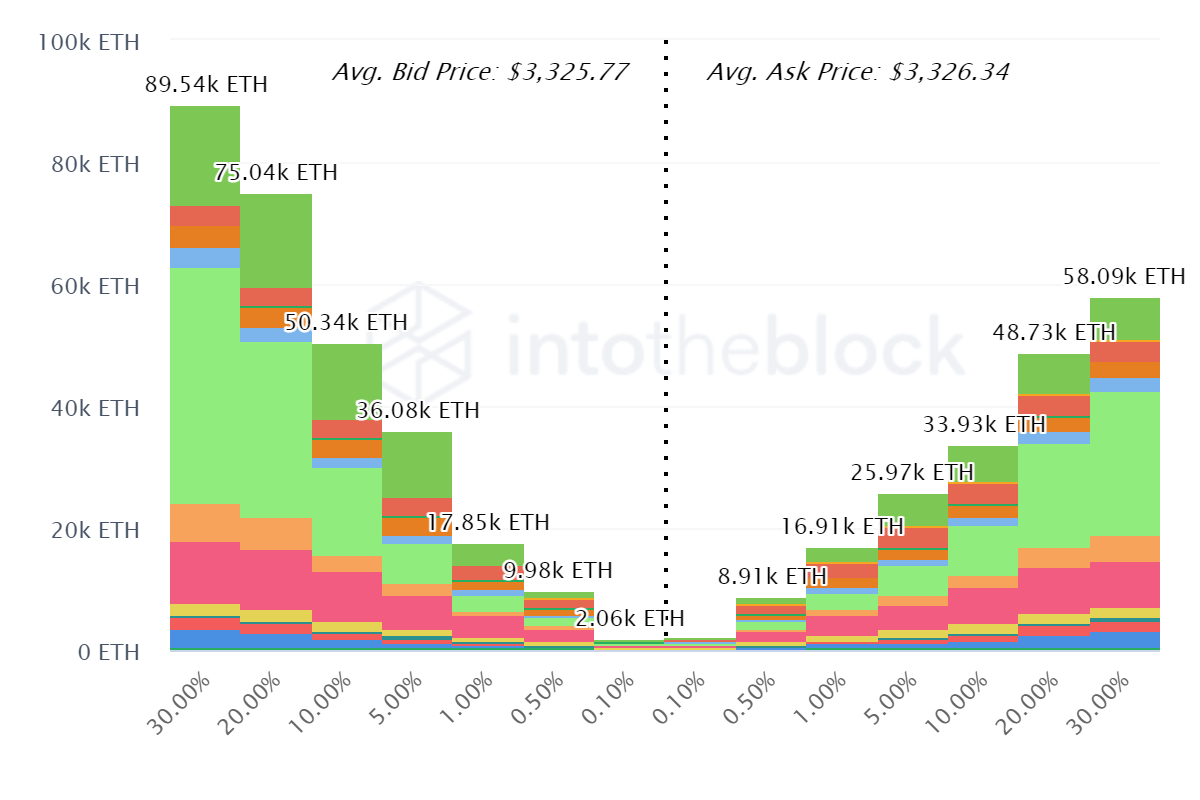 As for the price, if the volatility remains as low as it is presently, ETH could see a better price action going ahead. Until then Investors should not be reacting to such minor price action changes and instead, focus on maintaining the blockchain’s dominance.