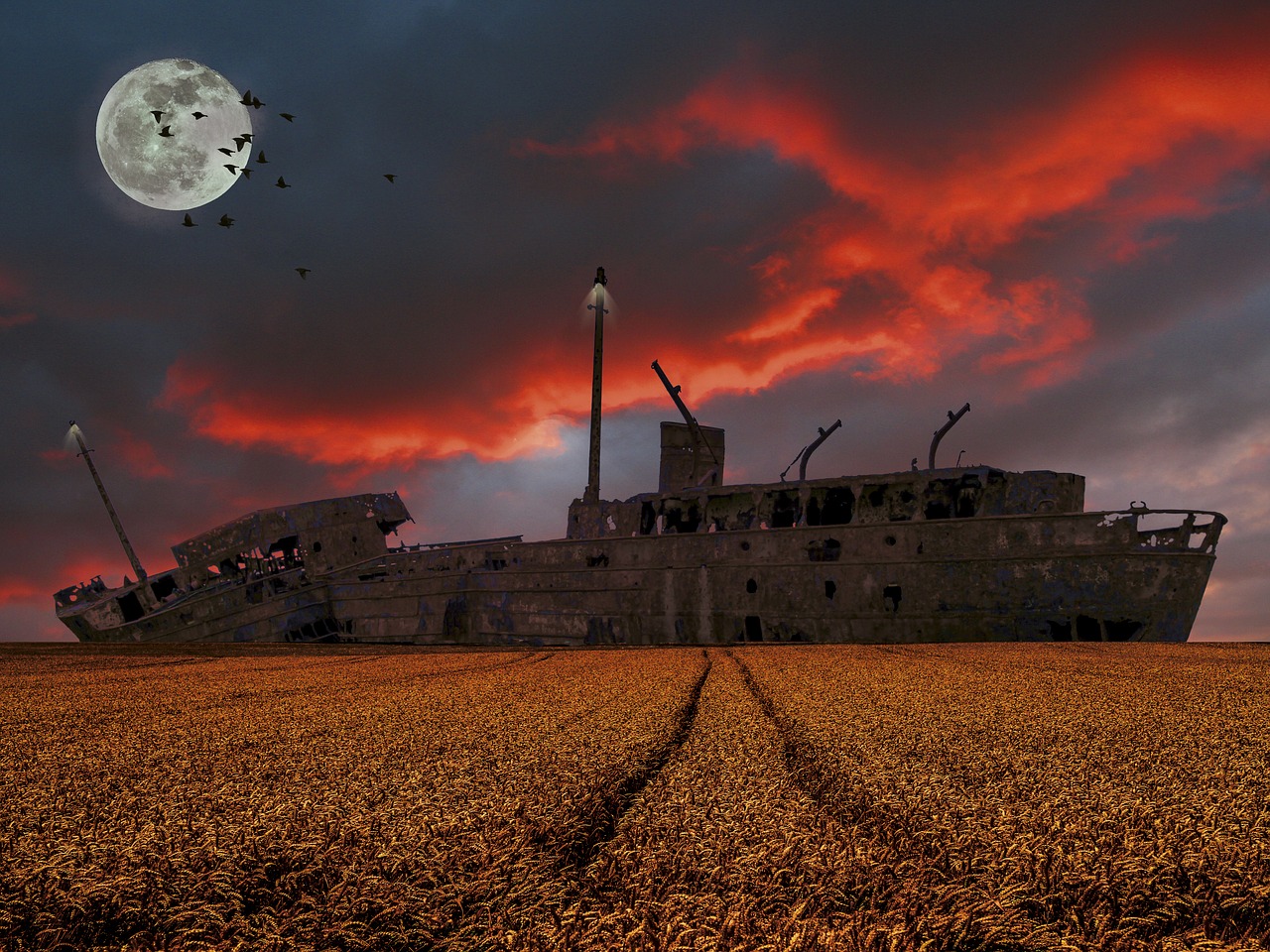 Fantom is one of the topmost DeFi chains in the world, but as an investment option it is failing to gain a similar stature given the broader market cues. This is why some investors would be at much more peace if they accept what is instead of hoping what can be.

Fantom was trending against the market back in December when it rallied and marked a new all-time high as the new year began.

It has since dropped significantly from $3.3 to trade at $1.2 today, now, pushing 72.69% of FTM investors into losses. But there are 6.27k holders in particular that will continue to suffer the worst. 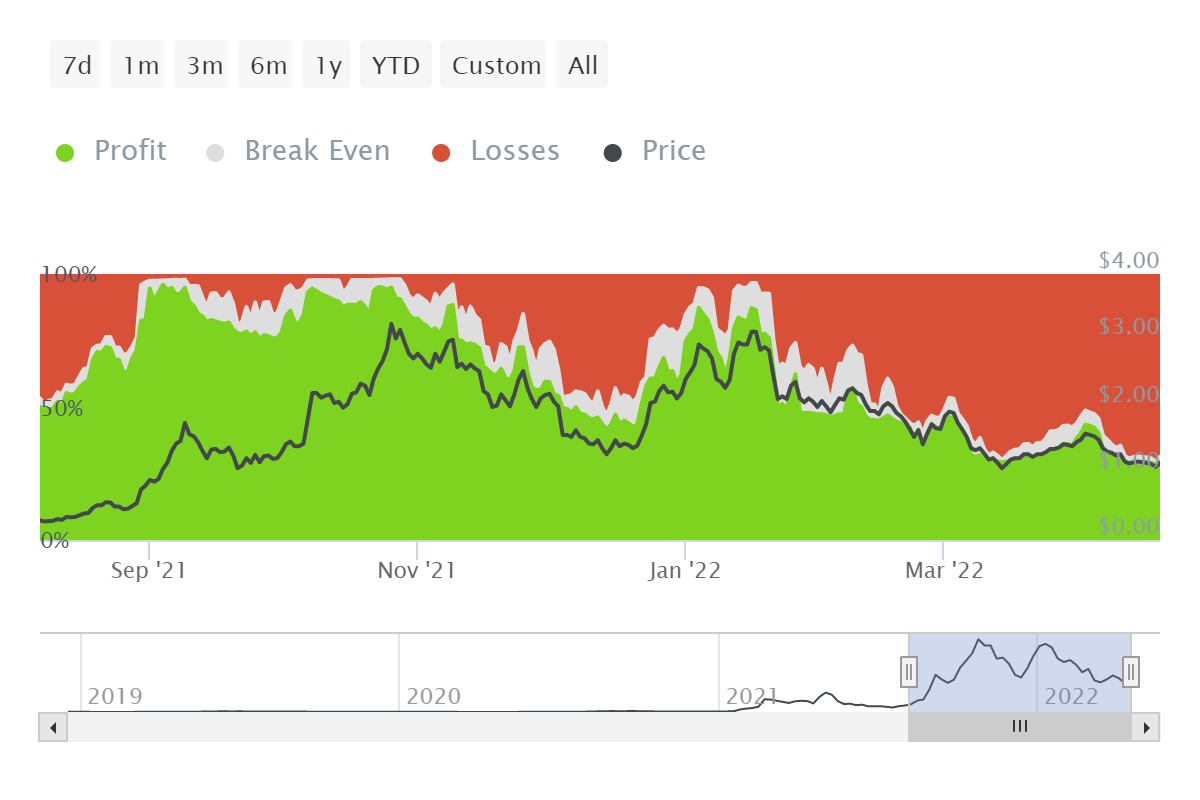 These people bought their holdings around the time when Fantom was at its highest in hopes of a continued rally. However, since that failed, all they have now is a trickling sense of hope of a recovery soon so that they can sell their FTM at break-even, if not in profit.

But for that to happen, Fantom will need to climb 175% on the charts and cross the $3.3 ATH. Now there is an equally high and equally low possibility of that happening.

High because FTM’s rallies have always been immense. In the past, too, right before Fantom created the ATH, the altcoin rose by 169% in a month.

But at the moment, the broader market isn’t supporting bullish cues. This is why in the March – April period, FTM only rose by 50%, which was also invalidated within the next week.

At the moment, minimal bullish cues do seem to be forming, but the cryptocurrency will need more than this to recover what it has lost.

The growth of the metaverse indeed could prove to be a contributing factor in helping the recovery, and Fantom is tapping that with Rove, building and selling 1000 Home NFTs in the Fantom virtual world.

These NFTs could see huge demand since more and more investors are joining the network every day.

As of today, the cumulative unique addresses crossed 2.8 million addresses with the daily addition of a little less than 10k investors. 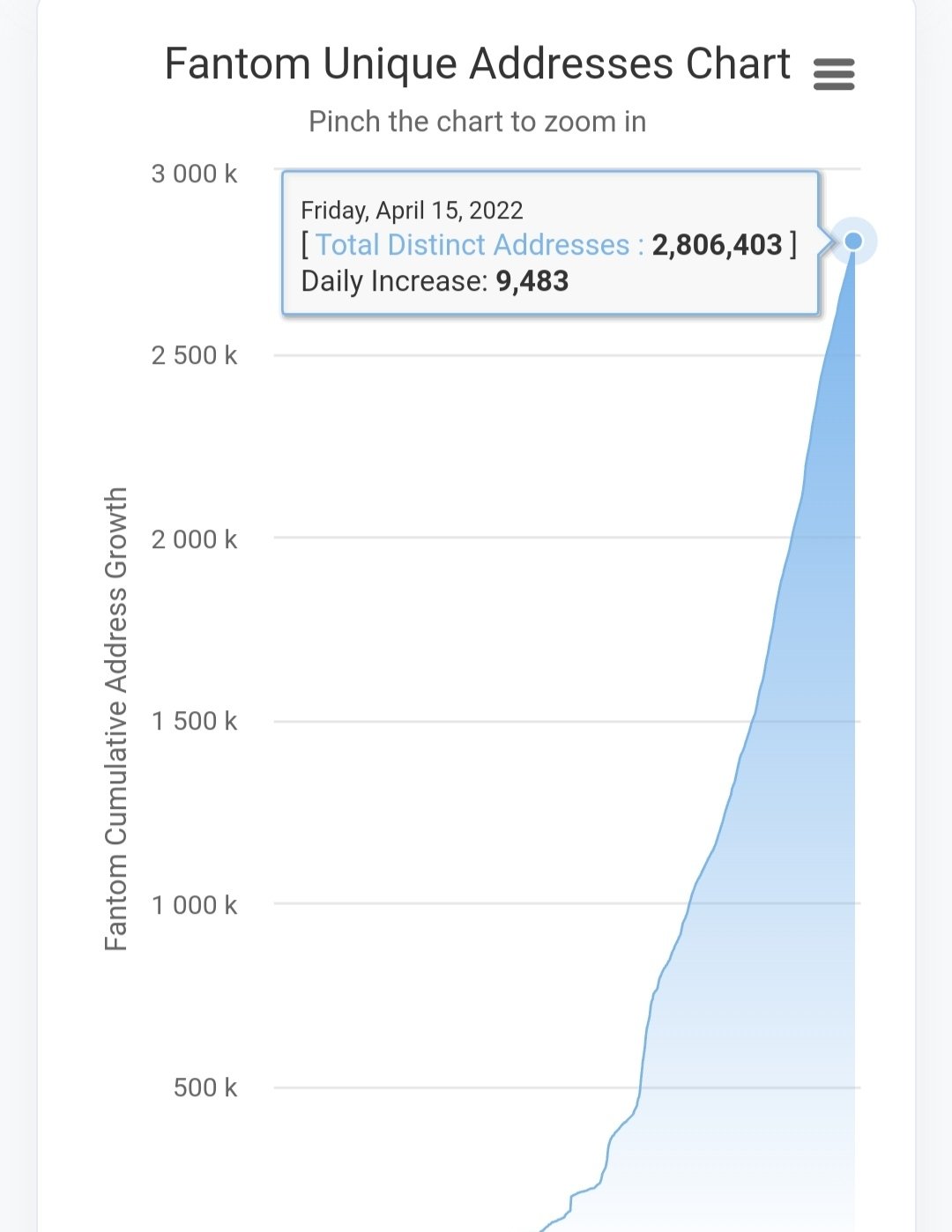 Although the current market is keeping investors inactive for now broader market recovery could trigger their activity again.

This would, in return, reinvigorate the declining volume of Fantom, which has been struggling to breach $20 million on average this month, when the average until March used to be between $50 million to over $100 million. 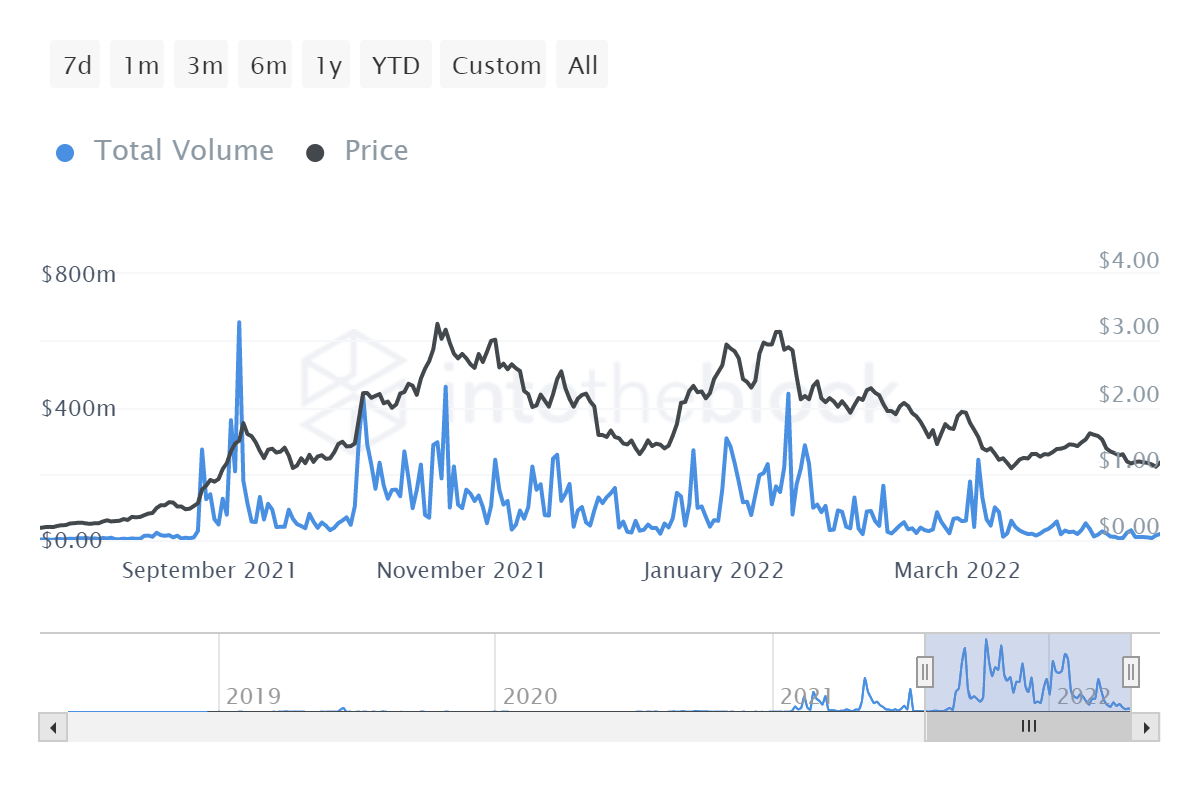