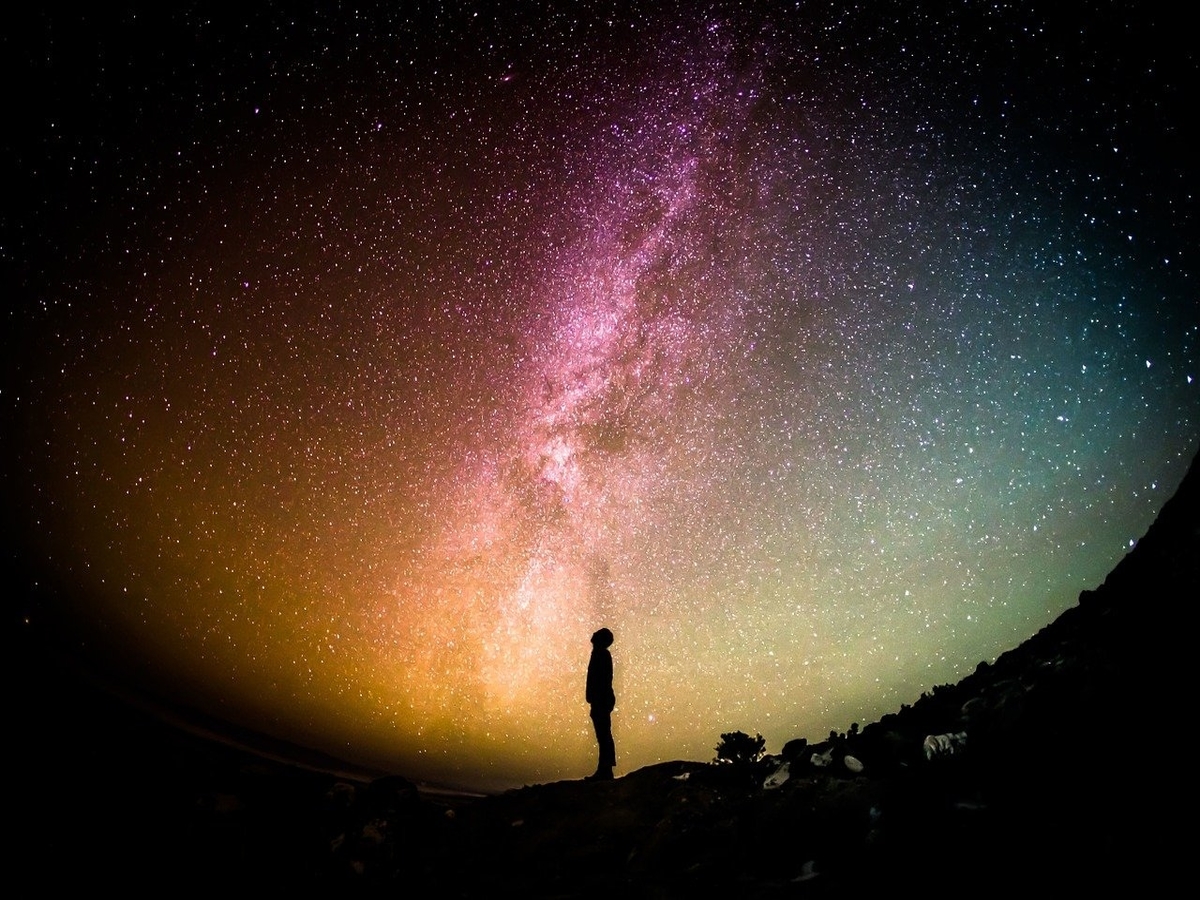 Corrections over the last 24 hours notwithstanding, Litecoin, the silver to Bitcoin’s gold, has been consolidating its position in investors’ portfolios for quite some time now.

After oscillating in the $40 to $60 price bracket for a few months in 2020, Litecoin managed to break its monotonous trend and gradually picked up momentum on the back of Bitcoin and Ethereum’s price performances. At the time of writing, the alt was trading around the $330-mark. 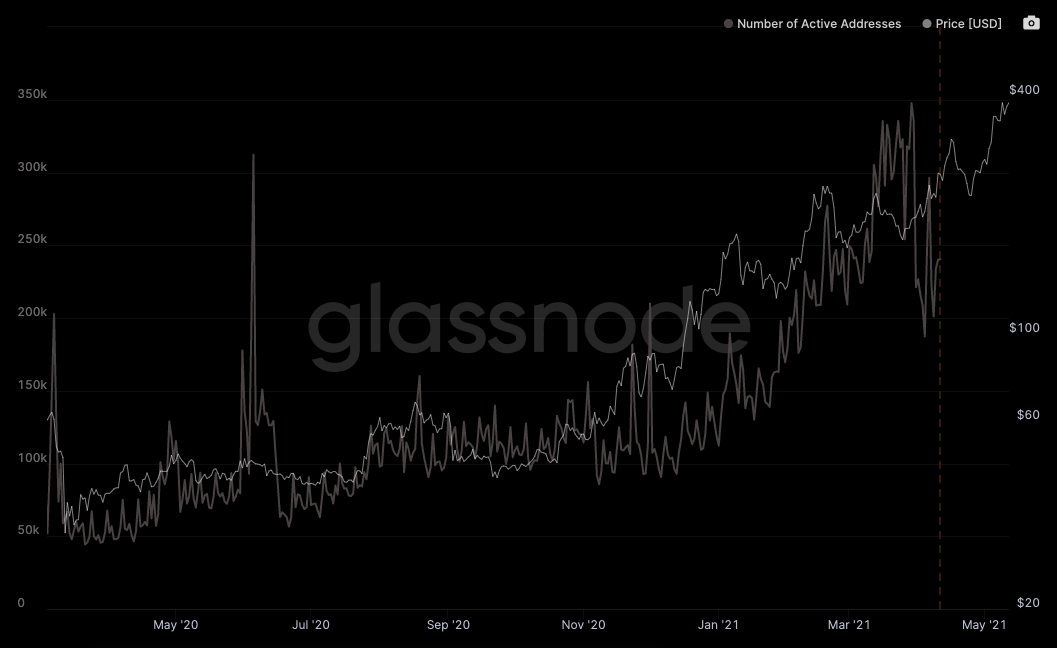 From recording merely 49,000 active users in January to more than 100k ‘active users’ in April, Litecoin’s adoption and popularity have spiked dramatically. Additionally, the number of ‘new addresses’ has also noted a northbound trajectory over the same time frame.

Here, it’s worth looking at Ethereum too, the world’s largest altcoin. Litecoin and Ethereum have always had similar market structures, with both registering congruent trends in the past. At this point, both coins are again at different stages of the same bull cycle.

In fact, Amsterdam-based technical analyst Michaël van de Poppe recently highlighted that it is only a “matter of time” until Litecoin completely follows Ethereum. Pointing out Litecoin’s “very interesting situation,” the renowned trader and analyst associated with Rekt Capital claimed,

“It’s a game of spot the difference. Litecoin is still just following Ethereum.” 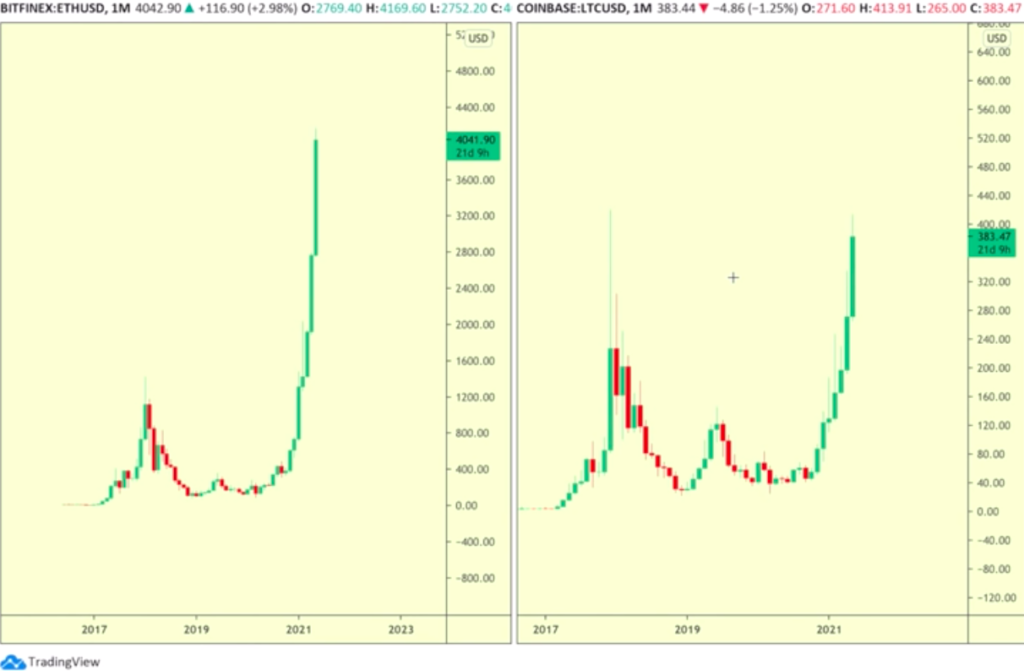 Van de Poppe further asserted that once LTC breaks past its previous ATH, its upward trajectory would be “pretty phenomenal.” He also pointed out,

“ETH has broken from its old ATH and has rallied roughly 156 percent. If we do the same simplistic math and extrapolate this rally for LTC in the future, then we’re going to get closer to a $900 Litecoin.”

Predicting a similar price for the alt, New Jersey-based Litecoin advocate ‘Jonny Litecoin’ recently expressed his bullish position on the coin on Twitter. He noted,

“After a quick dip we are back on the move!! Litecoin looks like it’s getting ready for Litecoin to 1k.” 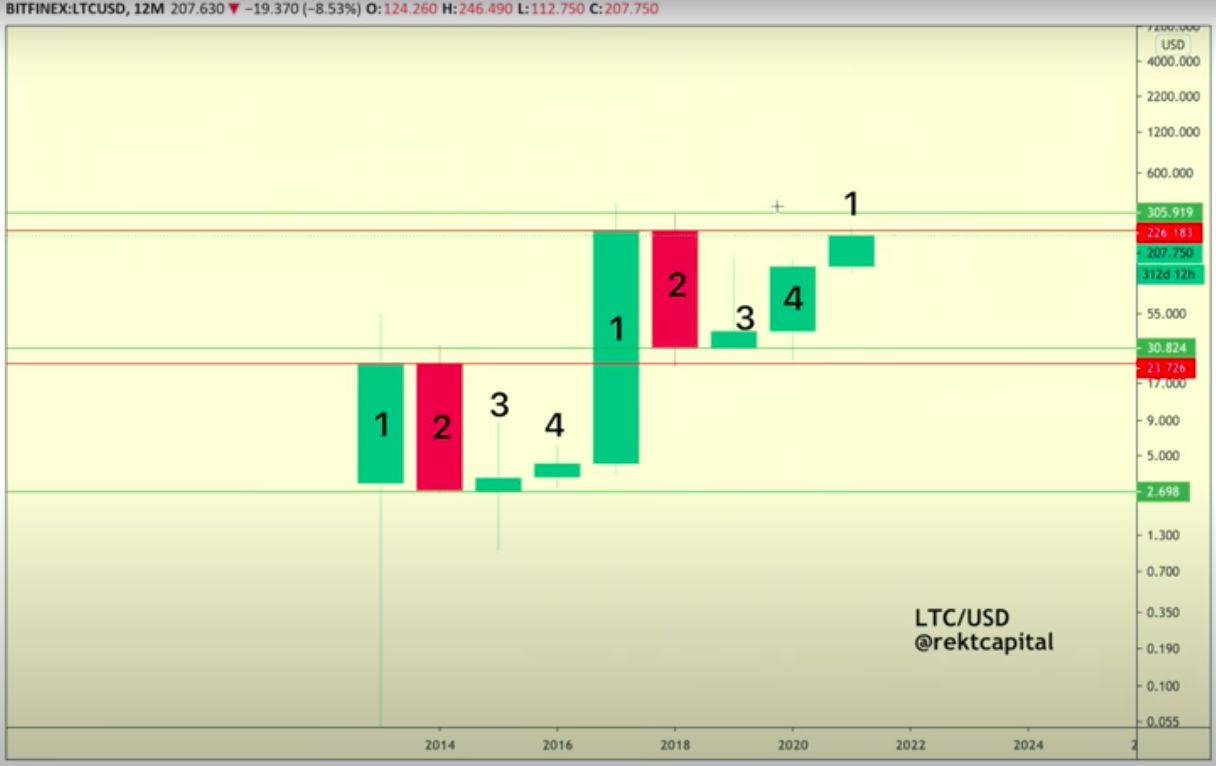 Using a late February chart, Rekt’s analyst highlighted how every first candle in the four-year cycle tends to be the most explosive for LTC.  He further underlined that the coin had broken well past its four-year cycle resistances, before adding,

“We are going to see a tremendous upside in candle one and that’s why there’s a ton to look forward to… It [Litecoin] has so much more to enjoy, so much upside to enjoy ahead.”