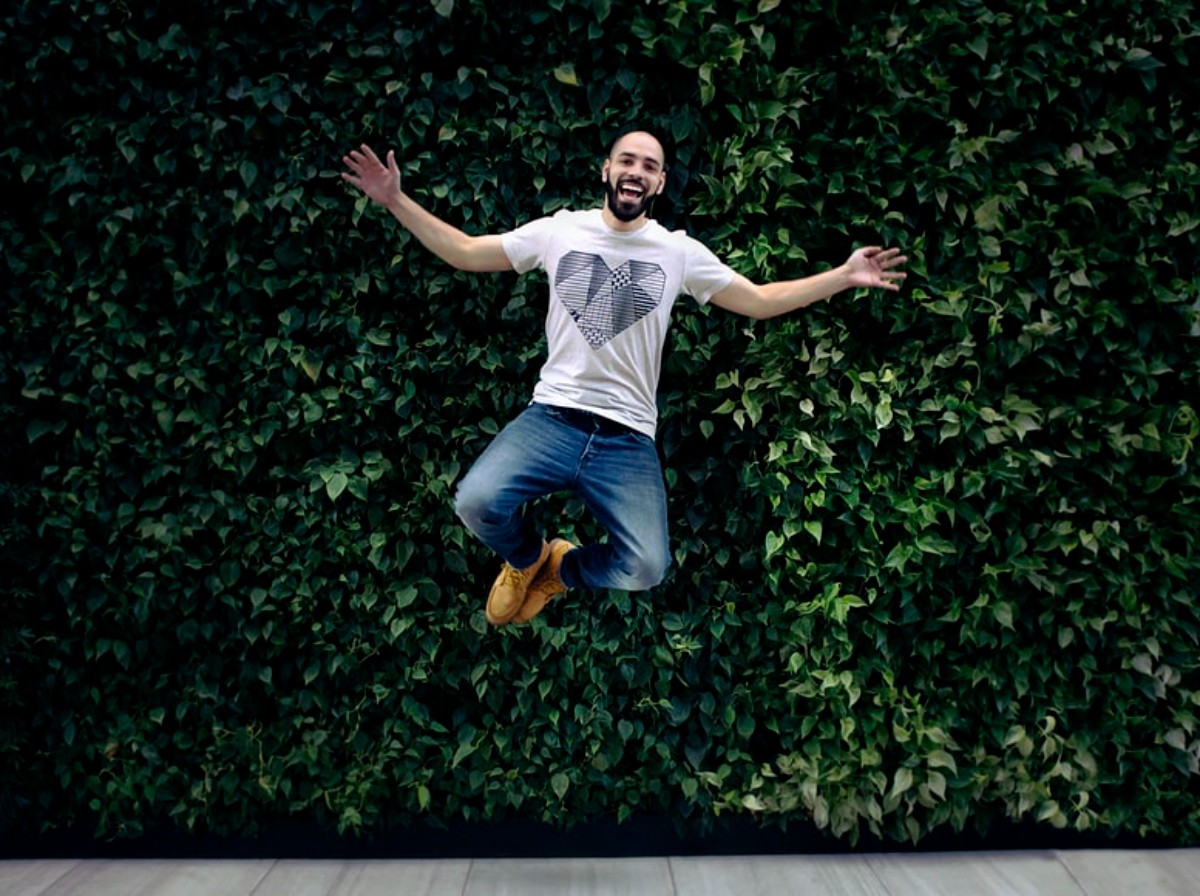 Unlike most large cap coins, LUNA’s price has seen more ups than downs over the past quarter. From merely being a random coin among the top 50 list to almost making itself a part of the top 10, LUNA has come a long way.

Curiously, at the time of writing, it was noted that the alt’s market cap dominance massively spiked from under 1% to over 4.5% in just a matter of few hours. By and large, this is indicative of a change in the sentiment of market participants. It now means that LUNA is in a position to assert more dominance in the broader crypto-space.

Quite logically, out-of-the blue spikes like this do not tend to last for longer durations. Thus, it’d be interesting to wait and watch if LUNA ends up flipping the conformist narrative. 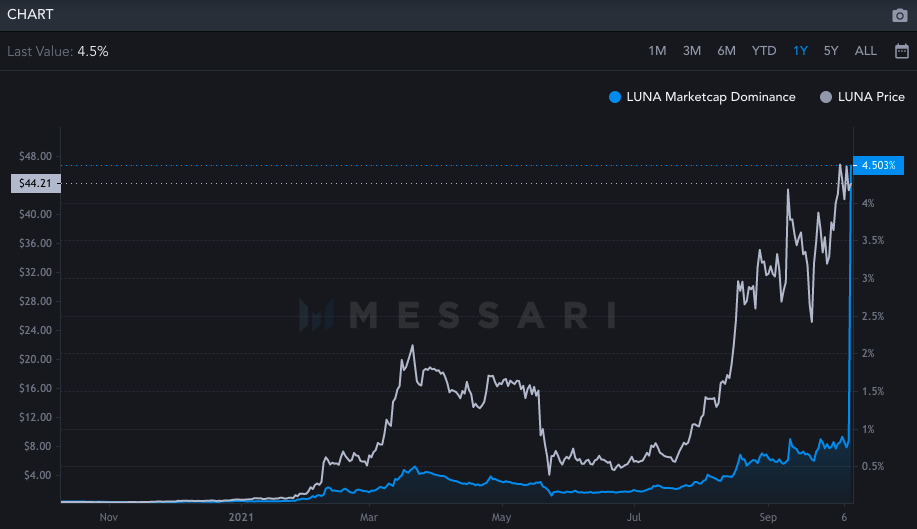 Leaving aside the dominance aspect, LUNA’s price growth has indisputably been organic. In fact, the Columbus-5 upgrade and the token-burn mechanism, in conjunction, have acted like positive catalysts and have managed to alter the alt’s tokenomics, for good.

The alt’s stock-to-flow [S2F] has notably risen of late. Over the past four weeks, for instance, this metric’s reading witnessed an uptick from 18 to 20. In the same time frame, LUNA’s inflation also dropped from 5.52% to 4.99%.

Simply put, the S2F model quantifies scarcity by considering parameters like total supply and annual production. A higher value implies that less new supply in entering the market and, in turn, translates into more scarcity and lower inflation. Quite obviously, the circulating supply of LUNA also witnessed a 2 million crunch in the same period.

Weighing in the aforementioned factors, it can be inferred that LUNA’s long-term retention value is only getting stronger with time.

Amid the on-going NFT mania, “LUNAtics,” to a fair extent, felt left out. However, they were quite quick to come up with an in-house remedy and minted Galactic Punks – the first collection of Terra NFTs.

Galactic Punks are essentially 10,921 randomly generated NFTs on the Terra blockchain. In just the initial mining, over 29,670 LUNA and 102,579 UST [Terra’s native stabecoin] were collected. In fact, Spencer Noon’s latest newsletter highlighted that by the time the first block was processed, 132 Punks were already minted, implying the “sure sign” of “high-interest” in the aforementioned project.

To make things even more exciting, K-Pop NFTs are also set to launch on Terra in the foreseeable future. Not to forget, Hashed – one of the most successful crypto-fund in the world, has acquired 2 gaming studios and intends to build their ecosystems on Terra. The developments are again a testament to the growing adoption of the Terra ecosystem.

Given the state of of LUNA’s tokenomics and the positive-traction being garnered of late, it’d be fair to claim that LUNA’s valuation is on the right track to rise in the long-term. In all, “LUNAtics” have nothing much to worry about at this stage.

Why Bitcoin, the ‘$1 trillion market cap asset,’ needs to be acknowledged