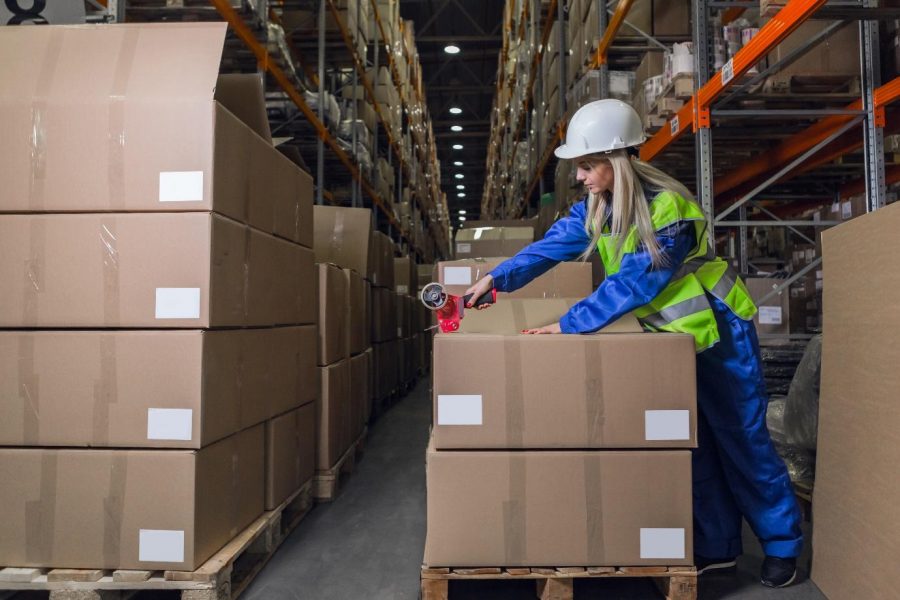 In the supermarket on any given day, you’d usually expect to find an array of fresh fruit and vegetables, some of which are available all year round regardless of the growing season. We’ve become used to seeing strawberries, melons, and tomatoes on shelves irrespective of the local temperatures. In today’s connected world, these goods are simply imported from wherever they happen to be growing, by means of global supply chains.

Currently, some reports suggest that only 6% of companies have full visibility over their stock inventory and its location, at any given moment in time. For example, during the e-Coli outbreak in the US earlier this year, Walmart was forced to clear its shelves of all Romaine lettuces, just to be sure.

Walmart has now implemented a blockchain-based solution that means it can quickly pinpoint the exact farm or truck used to source the goods. Blockchain allows each product to be tagged and tracked along each step of its journey throughout the supply chain, to the end consumer.

Because blockchains are untamperable, this provides a more secure record of data than existing centralized supply chain platforms. Although Walmart is currently in the early stages of implementation, the company believes it will achieve considerable cost savings as a result.

The Walmart blockchain system has attracted some criticism from within the blockchain community. As it was developed with IBM using a permissioned ledger, some have argued that it misses the critical benefits of trustlessness and security offered by a genuinely decentralized blockchain solution. These criticisms are somewhat valid. If Walmart controls the ledger, it doesn’t need any decentralized group of nodes to validate the transactions, and neither does it become any more resilient to attack than a centralized database.

One of the concerns of big businesses in using decentralized public blockchains is often a lack of security. Ironically, Bitcoin is the most secure and stable blockchain in existence. While it’s true that Bitcoins have been stolen, this is because of exchange security weaknesses, not an inherent weakness of Bitcoin itself.

Until recently, a further limitation is that the Bitcoin blockchain is coded to be Turing-incomplete. This means it wasn’t previously possible to build decentralized applications on it like with Ethereum using its Turing-complete Solidity programming language.

However, this has now changed. The RSK main net is now live, opening up new possibilities for developing dApps on the RSK Bitcoin side chain. DApps developed using RSK benefit from participating in the world’s oldest, biggest, and most resilient network.

Temco is one of the first movers to take advantage of the RSK main net. The company is developing a supply chain solution powered by the RSK blockchain. The Temco solution allows SMEs access to the same kind of sophisticated blockchain-based tracking software as Walmart.

However, because Temco runs on the Bitcoin network, it also offers all the benefits of security and resilience provided by a truly decentralized network. Where data is private, it will be cryptographically hashed and accessible only to authorized users.

In addition to supply chain tracking software for standard items, Temco provides IoT integration for temperature tracking perishable goods that need to be kept in cold storage. Alongside, a data and analytics engine will give the users insights regarding their supply chain processes, enabling continuous improvement for ongoing efficiencies. Customers will access their supply chain data using a simple, clean interface as part of the Temco smartphone app.

Temco opted to run its technology on RSK because the blockchain offers high transaction speed, low transaction costs, and high scalability – all of which mean it lends itself well to the complexity and volume of supply chain processes. Although the Bitcoin network has come under fire for being too slow leading to higher transaction fees, RSK is able to process 100 transactions per second, which is comparable to the PayPal network.

Although RSK is still in the early stages of its main net launch, the project has been gaining some impressive credentials. The RSK Federation comprises partners well-known in the crypto space, including Bitmain and Jaxx to name a few. The InterAmerican Development Bank recently announced that RSK is a confirmed member of the LAC-Chain Alliance which has formed to promote the use of blockchain across countries in Latin America and the Caribbean.

RSK has also previously partnered with Wings Foundation, which is a decentralized platform for creating and managing decentralized autonomous organizations [DAOs]. This means that in principle, any group of people or entities can form a DAO using the Bitcoin ecosystem, in the same way that’s currently possible using Ethereum.

The Decentralized Evolution of Supply Chains

While big-name companies like Walmart are now starting to realize the power of blockchain in the supply chain, Temco now has the potential to bring this to a far larger group of smaller companies and enterprises that would otherwise be unable to access this kind of emerging technology.

By utilizing the power of the Bitcoin ecosystem, together with secure smart contracts, Temco is demonstrating that RSK has comparable capabilities to Ethereum. It’s likely that we will soon see others follow suit in building new use cases for blockchain using the Bitcoin network.