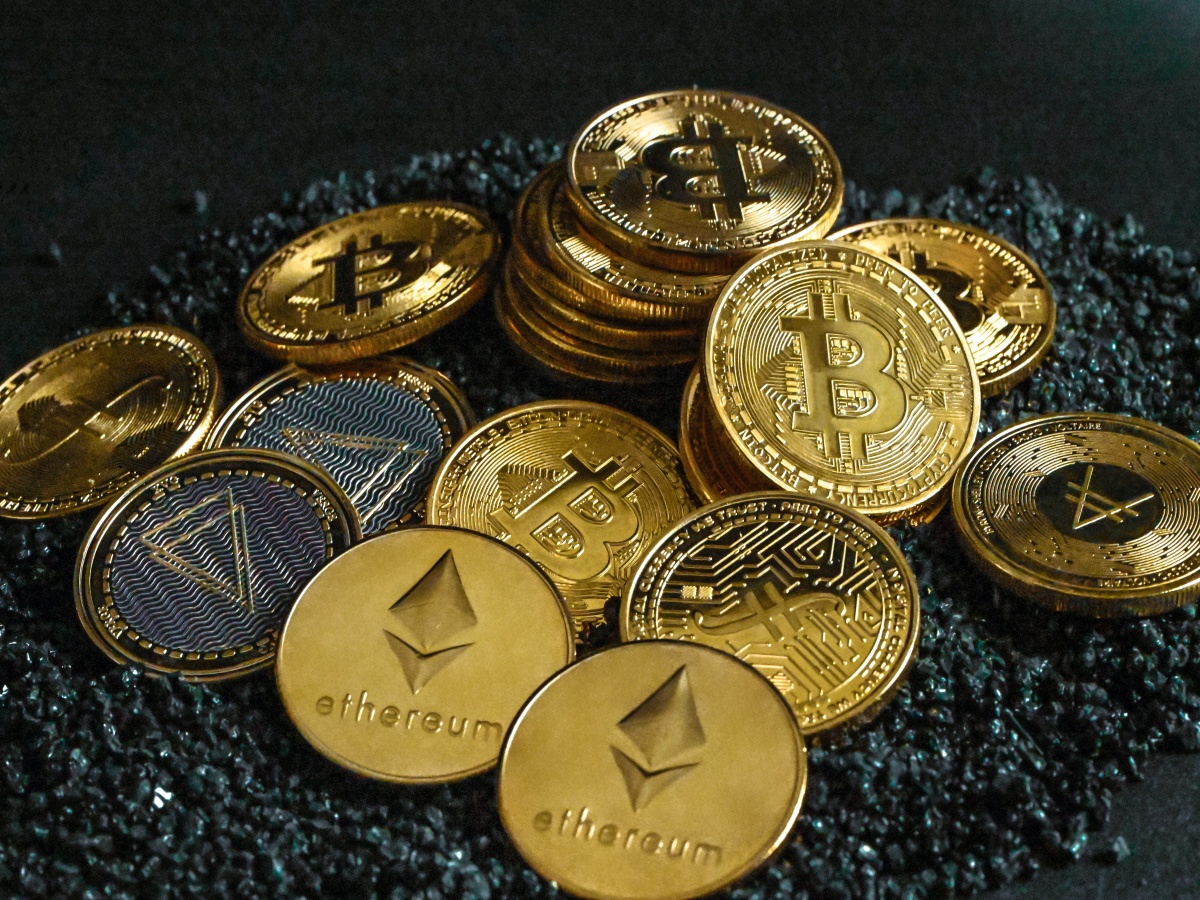 As civilians in Ukraine take up arms and build Molotov cocktails, crypto-donations are streaming in from supporters all over the world to help military and relief efforts. With the struggle becoming both physical and cyber, it’s time to take a look at the action on the blockchain.

Ukraine’s official Twitter account – previously known for scenic photos of the country and historical trivia – recently shared addresses to accept Bitcoin, Ether, and USDT donations. As one of the top five countries on the 2021 Chainalysis Global Crypto Adoption Index, this wasn’t a surprise.

However, the response has been both complex and overwhelming.

When looking at the Bitcoin blockchain data for the linked address, we can see that more than 33 BTC or about $1.3 million has been sent to the address. Meanwhile, the address has sent seven BTC.

Additionally, Etherscan shows that the second address has received around 1,636 Ether or roughly $4.4 million in donations.

However, it’s important to keep in mind that these are not the only organizations and sources soliciting donations.

Furthermore, others like Tron founder Justin Sun have also sent funds. For his part, Sun donated $200,000 USDT on the Tron blockchain. 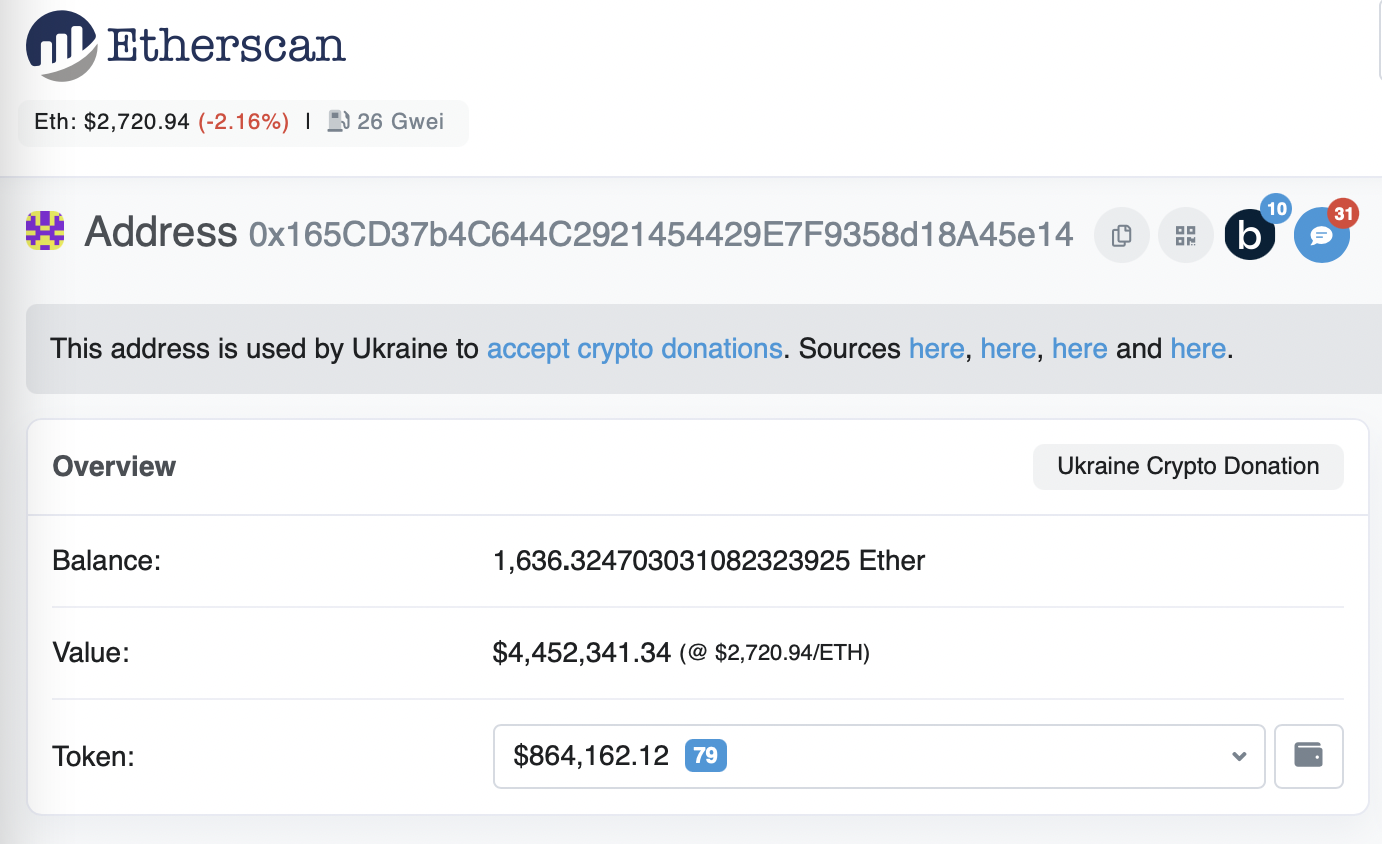 Crypto-donations are more than a publicity stunt in the Russia-Ukraine war. After the National Bank of Ukraine’s suspension of e-money transfers, some have claimed they have no choice but to turn to crypto.

My Ukrainian credit cards don't work anymore. I'm safe physically in Kazakhstan, but all my savings are gone.

Crypto is the only money I still have, and today I can say without exaggeration that $BTC, $ETH, and #NFT are going to save my life while I can't come back home.

One thing to question here is the popularity of Ethereum as a means of fundraising – despite its sky-high gas fees. Both ConstitutionDAO and AssangeDAO faced challenges due to the same while collecting donations. It remains to be seen how UkraineDAO will minimize the loss of funds through gas fees.

Meanwhile, an NFT collection on OpenSea aimed at raising funds for Ukraine may have led to gas fees rising to over 1,300 gwei on Ethereum. While praised for raising money, the group – RELI3F UKR – was also criticized for the high profits miners received in the process.

Vitalik Buterin initially shared his doubts regarding the crypto-addresses posted on Ukraine’s official Twitter account. In fact, many were worried that the account may have been hacked by Russian cybercriminals or that incorrect addresses had been given.

However, Buterin soon claimed that some Ukrainian sources had assured him that the addresses were legitimate.

Getting some confirmations from a couple sources that it's legit. Deleting my warning for now. But continue to be vigilant, and always be slow and careful when sending irreversible crypto transactions. https://t.co/Odv5pxf3mp

Related Topics:BitcoinBTCETHEthereumRussiaUkraineUkraine Russia conflict
Up Next