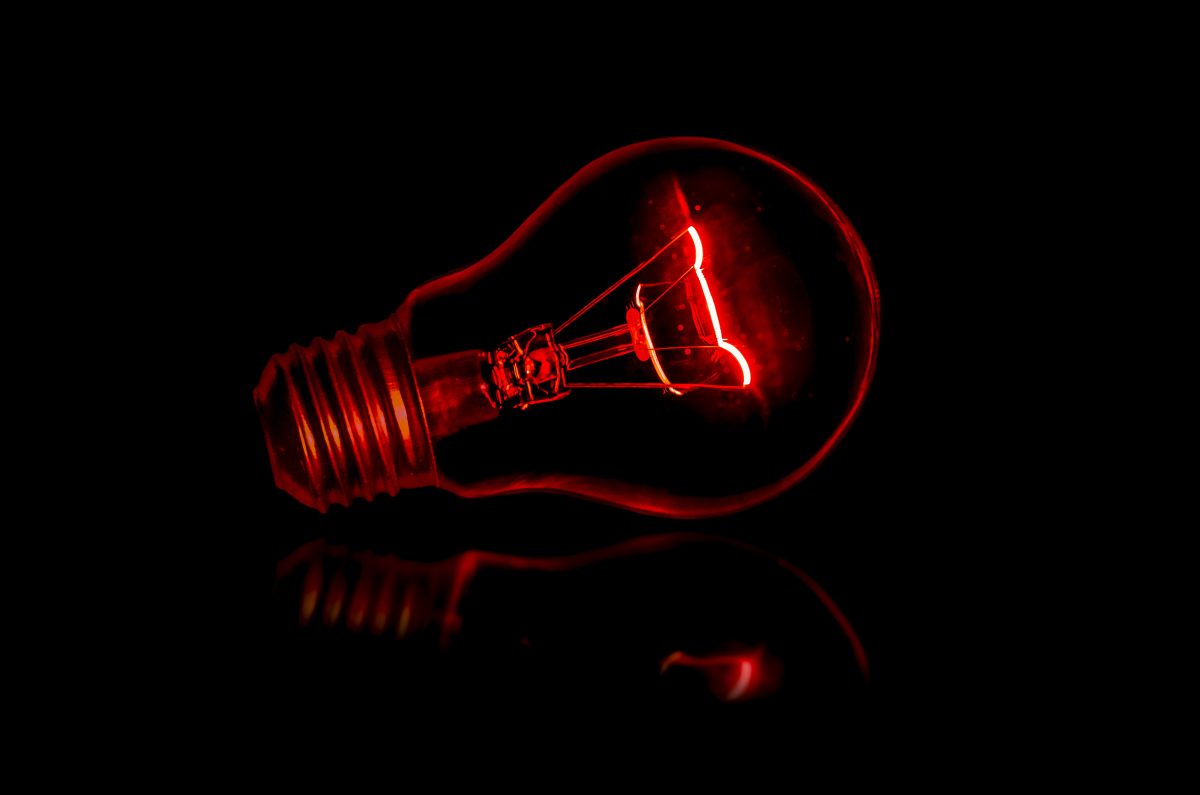 This past week most of Bitcoin’s price action was governed by crowd sentiment. HODLers have been a critical part of the narrative and so were the whales, retail traders, and institutions. For the most part of the season, the price trend was governed largely by institutional buying and change in HODLer composition. However, following the altcoin rally, Bitcoin made a comeback above the $60000 level and the factors influencing the price rally have changed.

Fear and Greed continue to largely influence the asset’s price and play a key role in determining where the price of Bitcoin and Ethereum is headed next. Additionally, BitMEX’s perpetual funding rate and Twitter sentiment foreshadowed the dip and the bounce back in the asset’s price over the past two weeks.

BitMEX’s perpetual contract funding rates have helped determine the direction of the upcoming trend reversals in Bitcoin and that continues to remain true even in the current price level in the coin’s market cycle.

Currently, the sentiment among traders has turned back to the negative low and it is likely that this may have an impact on the price of Bitcoin. Taking a dip and dropping below $60000, the price may see a few more corrections before the cycle has ended. This is true for top altcoin Ethereum as well. In the case of Ethereum, the alt rally is currently being led by altcoins and DeFi tokens and this is key to Ethereum’s price and sentiment of traders since investment inflow depends on it. With the mood set to fear, based on the following chart from Santiment, it is likely that both Bitcoin and Ethereum hit a local low this week. 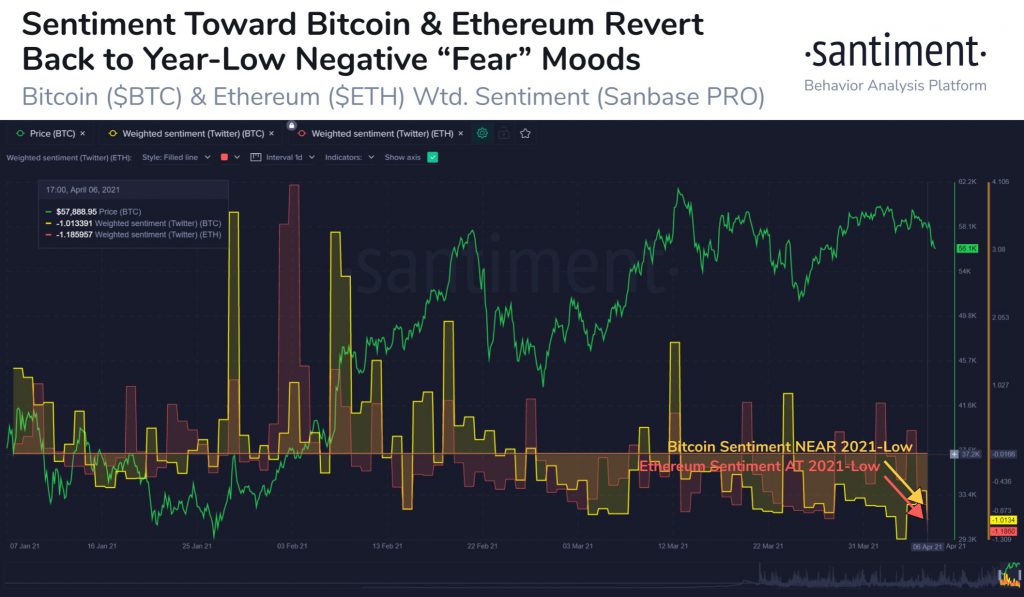 Though when traders consider the halving ROI and how far the price has rallied post halving, the current price level looks bullish for Bitcoin. However, it is a metric that has had less impact on the price trend in the past. Currently, the price is up 578% since the halving and the BTC halving candles offer insights to HODLers who bought the post halving dip. 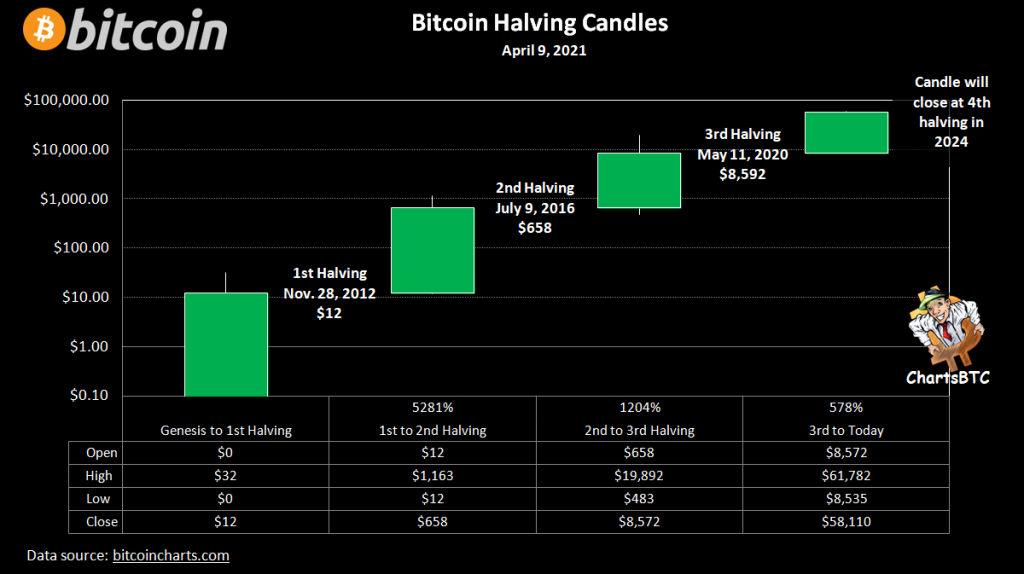 Though the above chart may not paint the whole picture, since there was a setback and a partial financial crisis post-COVID, it is likely that the candles offer insights to HODLers planning to HODL to $100000 or higher targets in the long run. Currently, however, perpetual funding rate, fear and greed index and trader sentiment on social media signals an upcoming drop in Bitcoin’s price.