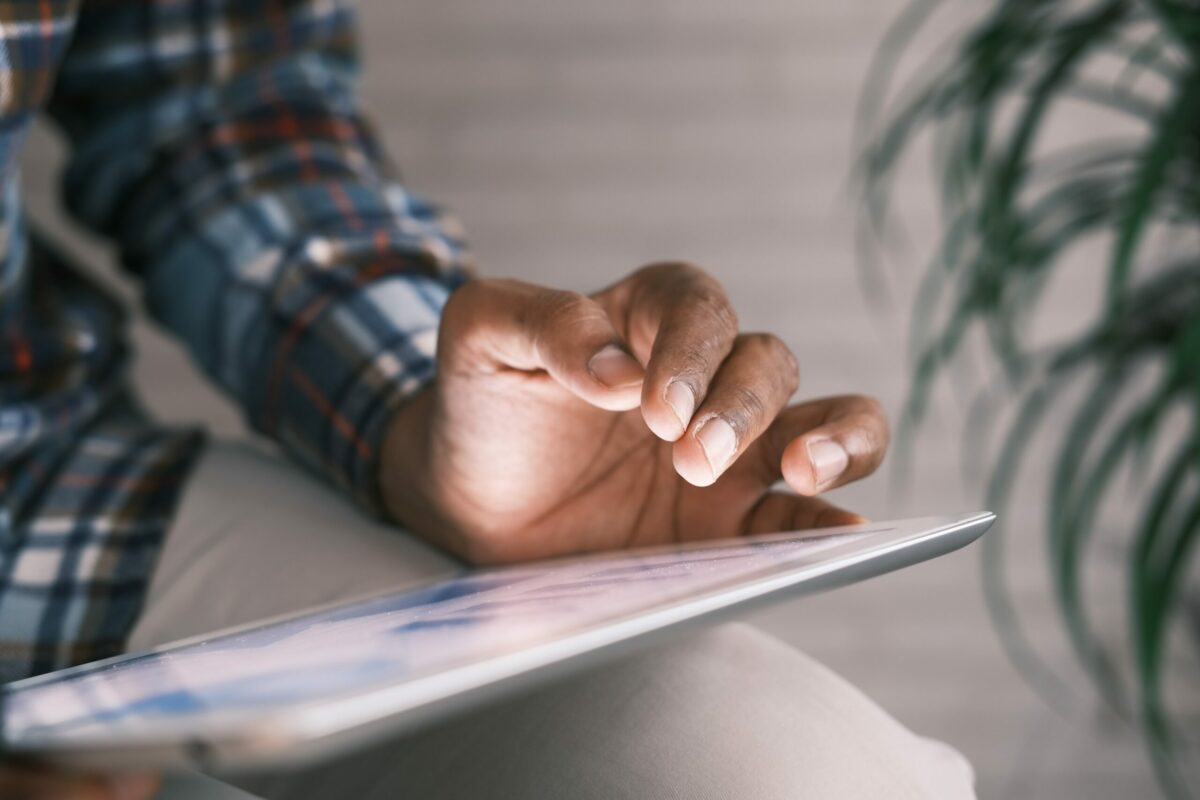 TRX managed to deliver a healthy bullish uptick in the last seven days as the market struggles to overcome the prevailing uncertainty. However, it is currently approaching a significant support area which will likely result in a bearish retracement.

TRX maintained strong activity in the last few days during which it registered a healthy uptick. At press time, the cryptocurrency was still trading within a triangle pattern and has been bullish for the last two weeks. 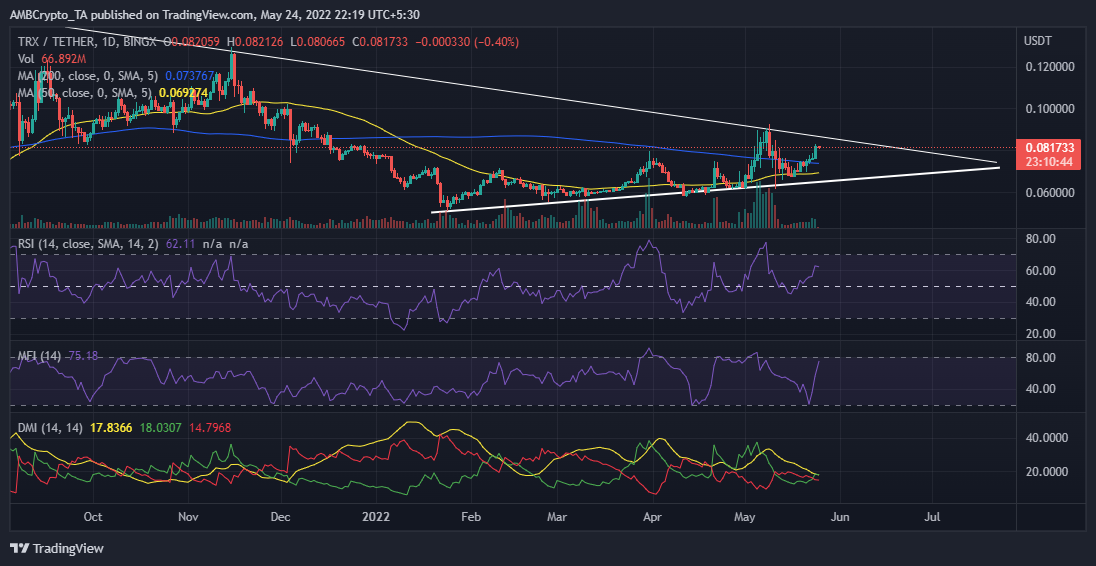 Notably, TRX’s rally was backed by strong accumulation which registered as a strong upsurge in the MFI. The rally also marked the RSI’s recovery above the neutral zone.

Can TRX break through its current resistance zone?

The ongoing TRX rally still has some ground to cover before it interacts with the descending resistance line. From the looks of it, that might happen above the $0.085 price level.

The normal expectation would be for a reversal to take place considering that it has already registered a significant uptrend so far. However, there are factors that might contribute to more upside.

TRX’s 50-day moving average is currently approaching the 200-day MA. A crossing from below would be a golden cross, which is often considered bullish.

The DMI indicator currently shows that the +DI has crossed above the -DI, signifying that the trend strength has officially shifted in favor of the bulls. Finally, if the overall market sentiment changes to favor more upside in the next few days, may further strengthen the likelihood of a resistance breakout.

The supply held by whales metric bottomed out on 21 May and has so far registered some upside since then. However, it looks like there have been some sell-offs in the last 24 hours as of the time of writing, likely by whales anticipating a potential reversal near the resistance line.

The Binance derivatives funding rate dropped slightly in reaction to the outflows in whale addresses.

On-chain metrics point towards a potential reversal, a reasonable expectation after the latest rally. However, note that all these are still hypotheticals and the market is still susceptible to rapid changes.

Ethereum [ETH] pulls off something unexpected amid $1.9 billion in losses