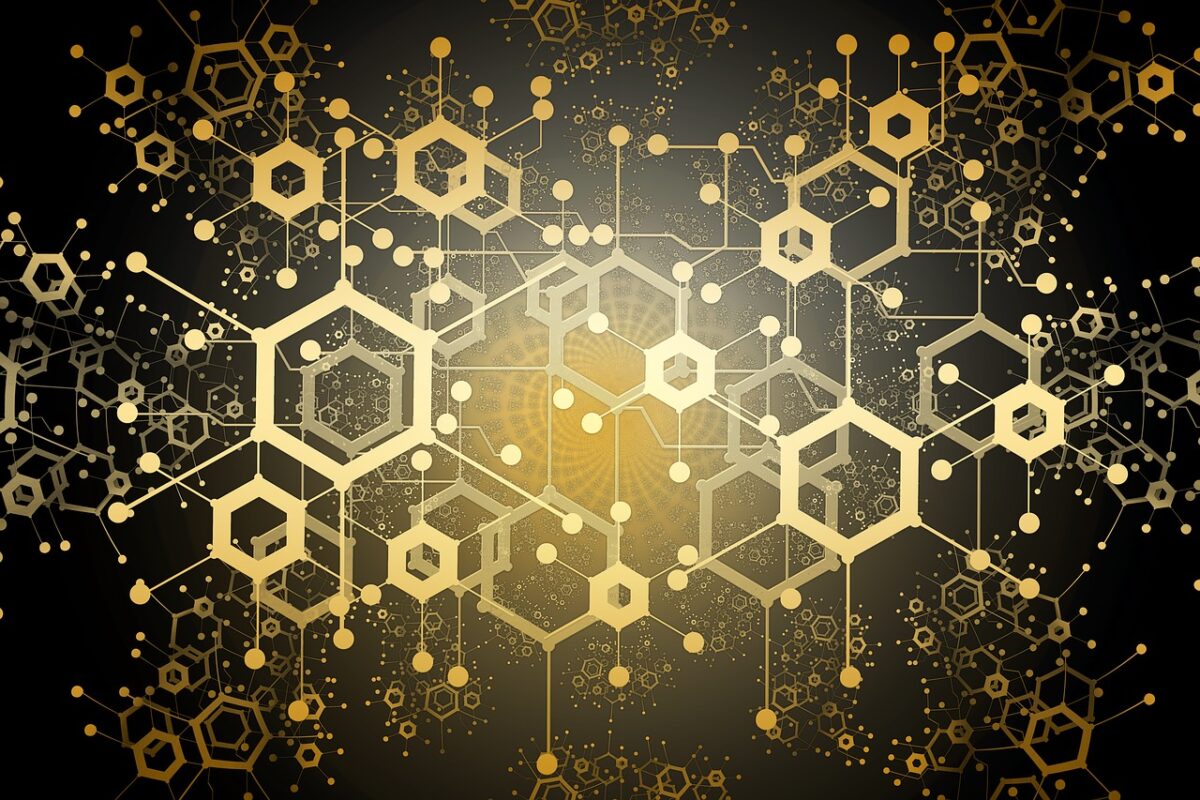 Despite a tricky start to the week, Uniswap has managed to stay on the course of its upward trajectory. This is in part to the growing whale activity on Uniswap this month.

Since 8 July, wallets holding between 10,000 and one million UNI coins have collectively added 10.74 million more UNI tokens to their holdings. This translates to $74.6 million in just these past 17 days.

A flat start to the week

Uniswap is one of the rare projects to show growth in an otherwise flat start to the week in crypto. As reported by Santiment, Sushiswap was the only other major chain to show signs of growth on 26 July. 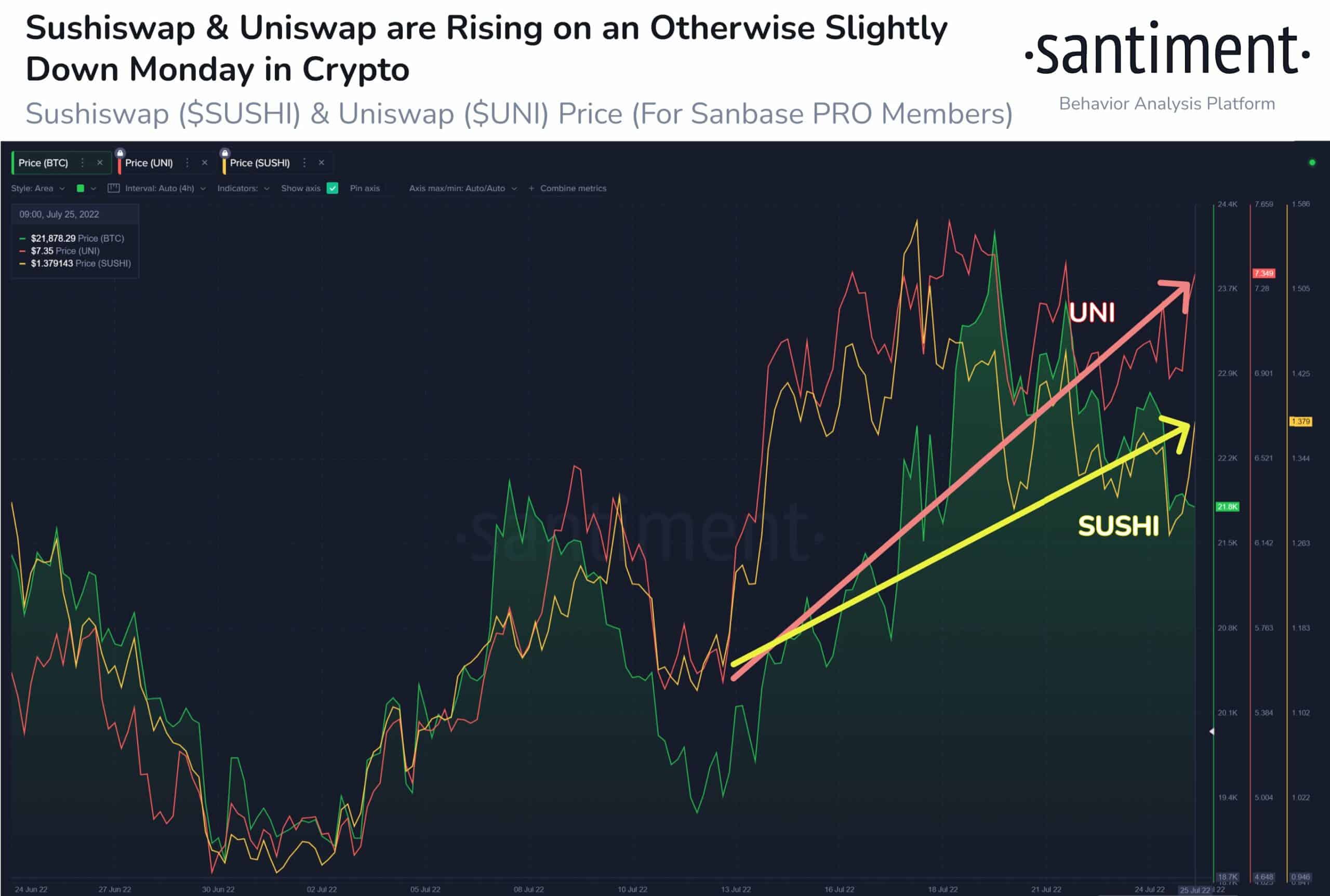 Uniswap’s growth in review is also a result of its rise in DeFi recently. As pointed out earlier, Uniswap became the leading DeFi DEX in terms of Total Value Locked (TVL).

It had to eclipse Curve which had led the DEXes for over a year until May 2022.

Beginning May, Uniswap’s TVL has dropped by 24% as compared to Curve’s fall of 69%. This hints at massive withdrawals on Curve during the crash which eventually helped Uniswap. 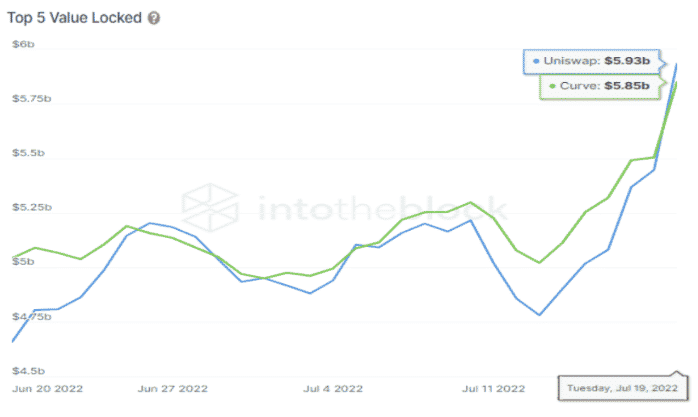 According to a recent Messari update, the UNI holding community is split over Uniswap’s latest fee proposal. As per the proposal, a portion of trading fees will go to the Uniswap treasury for development and security.

The community is split on how “fee switch” should be designed and implemented.

The protocol fee would be 10% of the trading fees generated and would amount to roughly $20,000 to $40,000 sent to the Uniswap treasury per day at current volumes.

That being said, the current market conditions are not favorable for such a move for Uniswap and other pressing concerns should be considered right now.

While holders remain split, there is renewed positivity after recent whale accumulation and price bumps. The UNI token still remains stuck at eighteen in the crypto rankings by market cap and was trading at $6.62 at press time.

SEC vs. Ripple: The ‘amici curiae’ brawl came to life just because…