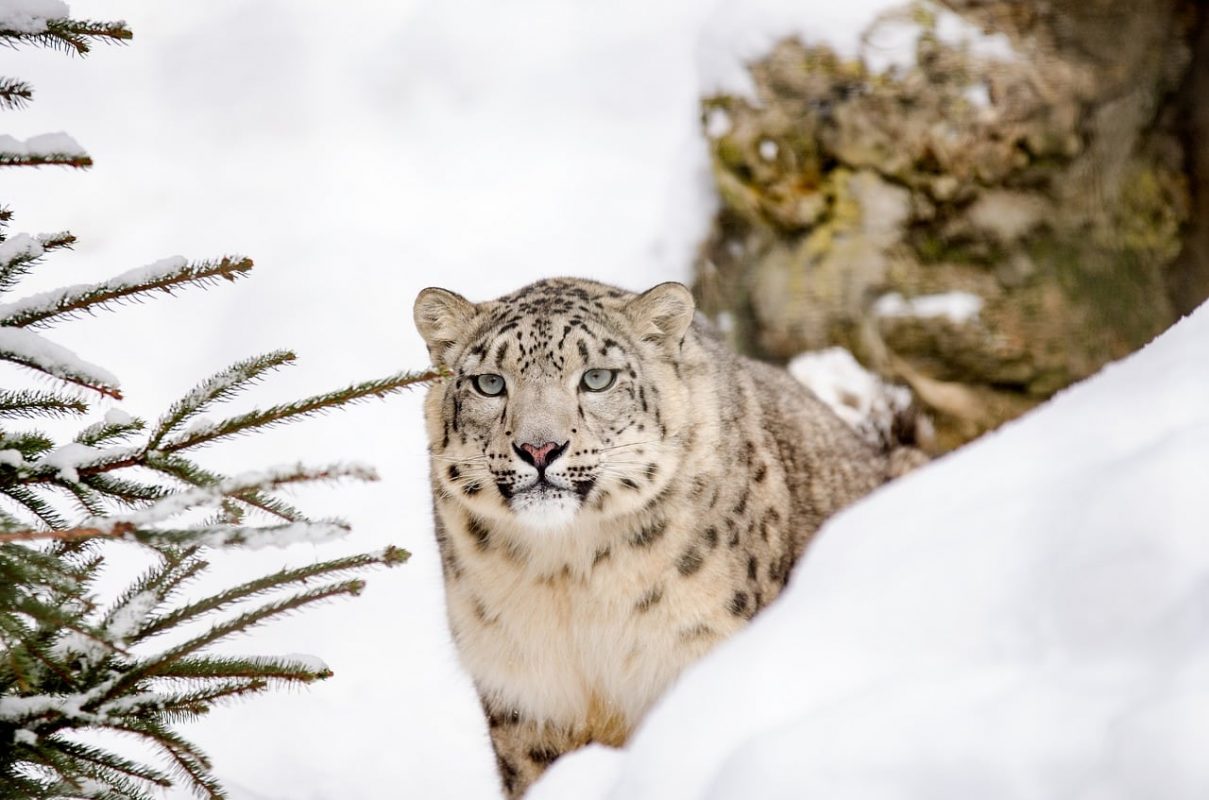 Bitcoin [BTC] has broken above the $20.4k-$20.5k region which had rebuffed it a week or so ago. Over the weekend, reduced volume and heightened volatility could arise. In the short term, both Bitcoin and Avalanche [AVAX] have a bullish bias. 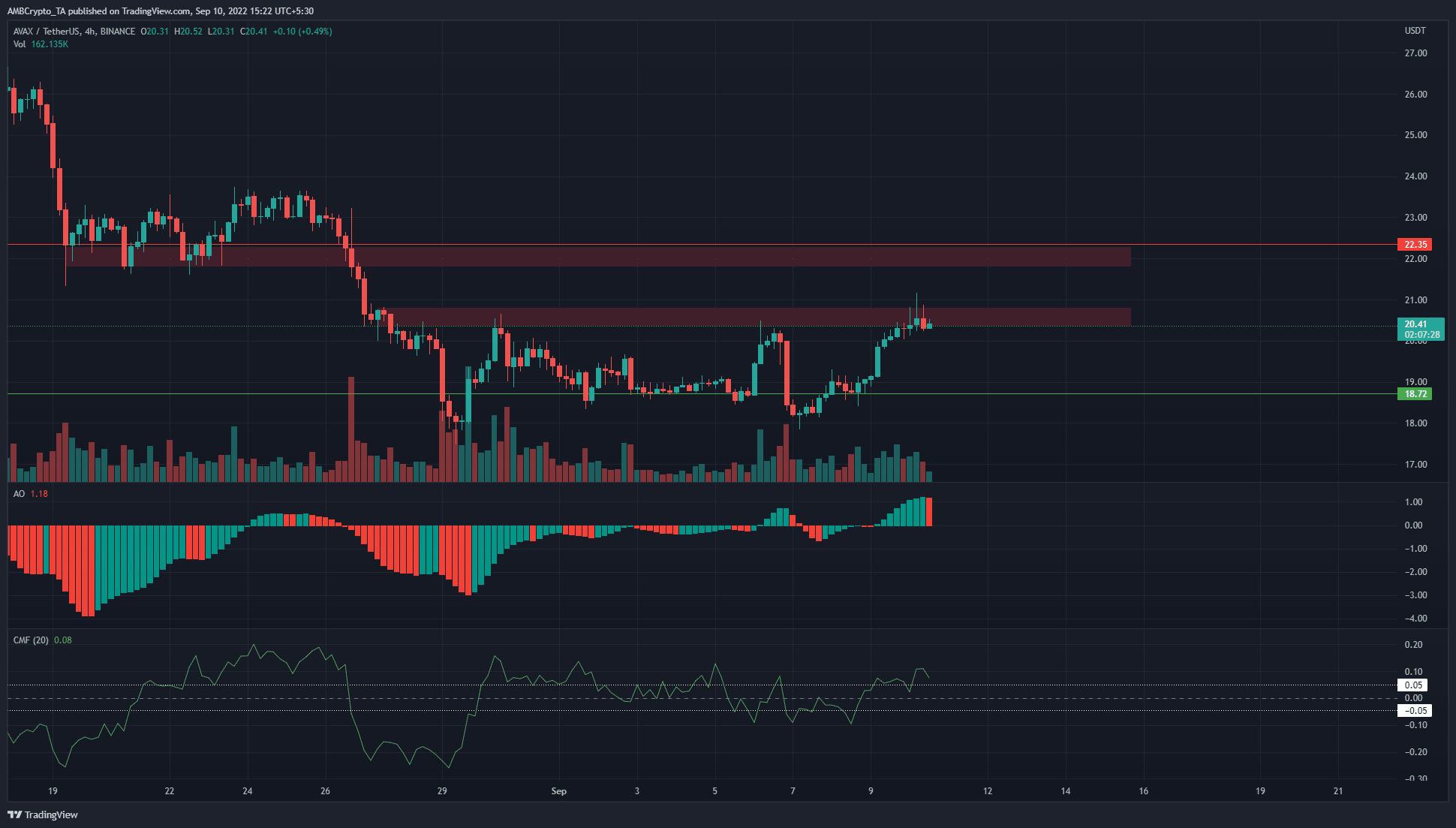 In the past two weeks, the price has been unable to break above the $20.5 resistance zone, the lower red box. At the same time, the $18-$18.7 region has acted as a solid support zone. At the time of writing, the price was back at resistance.

Further to the north, another supply zone lies at $22. In August, this zone offered support but was broken. It has not yet been visited yet. The strong move below this level indicated the possibility that, if the price revisits the $22 zone, selling pressure could overwhelm the buyers.

The Awesome Oscillator (AO) was above the zero line to show bullish momentum. The Chaikin Money Flow (CMF) was also above the +0.05 mark, to show sizeable capital flow into the market. 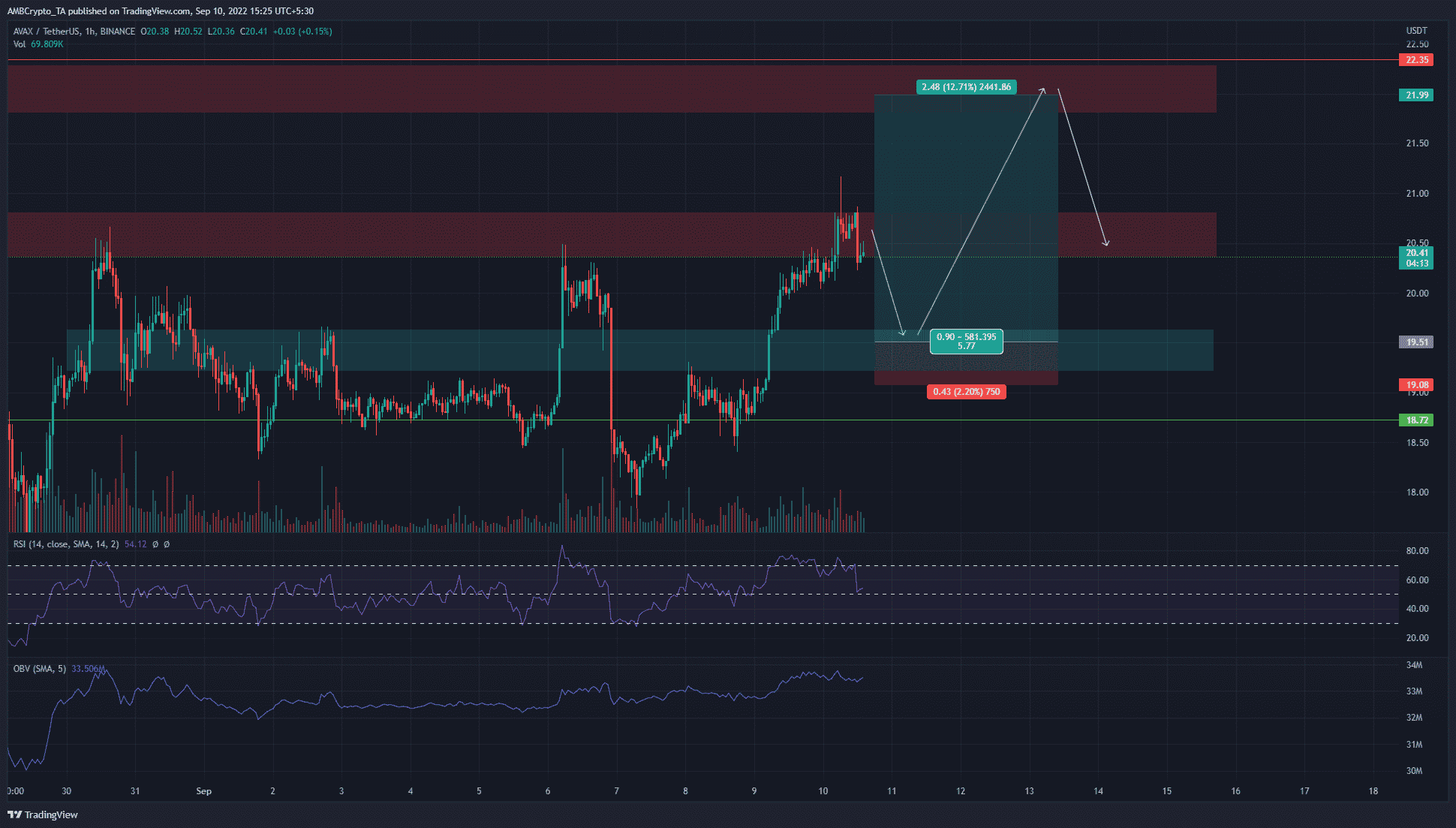 The four-hour charts did not signal a pullback. In fact, they showed short-term bullish strength. So too did the 1-hour charts. Although the Relative Strength Index (RSI) was back at 54, it still suggested a bullish bias for AVAX. The On-Balance Volume (OBV) has also been rising slowly over the past few days.

Of particular interest was the $19.2-$19.6 area marked in cyan. In early September, it served as a resistance to a short-term rally. Since then, this zone has been cleanly broken on three occasions. Moves with high impetus charged up and down past this area with hardly a retest.

It was possible that a move southward could materialize to test liquidity in this area. Such a move could offer a good buying opportunity, with a stop-loss below the $19 mark. But it must be remembered that a pullback need not occur, and AVAX could blast higher toward the $22 region as well.

Bitcoin was able to stay well above the $20.8k support level and showed signs of further gains toward the $22.4k region. If Bitcoin continues to climb, Avalanche has a good chance of following. A dip toward the $19.5 mark can be a buying opportunity as well. The $20.5 and $22 are the significant resistance zones in the vicinity of AVAX.

XRP buyers drove the alt to $0.34, but sellers could still have an upper hand