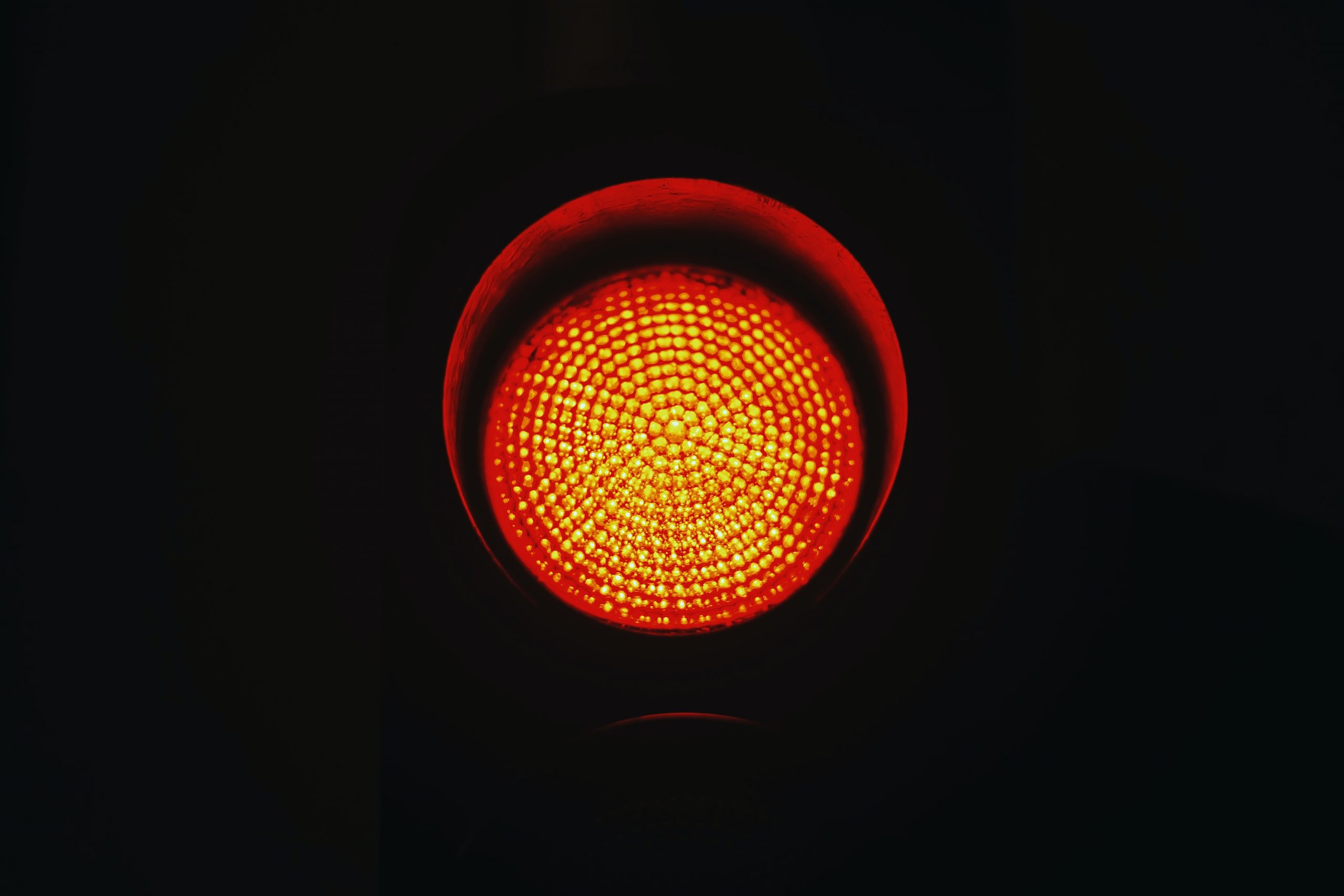 Bitcoin did overtake its 2017 ATH as it hit $19,918 on December 1 but it failed to rally and this signifies something critical about the rally that most might overlook.

This article explores a long-term perspective and answers why Bitcoin did not continue its rally after hitting a new ATH and also takes a look at the short-term sentiment and what to expect.

In 2016 and for most of 2017, Bitcoin was an uncontrollable force that kept breaking records. It was in December 2017, Bitcoin hit a new high of $19,666. It was a time of FOMO that caused investors to pour their money without actually understanding the technology. The investors were in disbelief as the price kept rising, however, they invested to capture these returns.

The crypto ecosystem was largely unregulated and hence scams ran rampant. This gave crypto a boost from criminals, legit investors, and most importantly, retail investors that didn’t want to miss out on the rally.

However, this time around, Bitcoin has seen its investors mature, not just in their financial literacy but also in terms of understanding the technology. Additionally, the ecosystem is regulated which also allows institutions to step in.

An important thing to add here is that this time around, a similar FOMO moment will occur but not at $20K but at a new all-time high, which could be $40,200 or $118,000. This will be the precipice of the bull run and we will see Bitcoin shattering records as it did in 2017.

This brings us to the reason why Bitcoin isn’t rallying now; which is, Bitcoin isn’t in a bull run. It is in a price discovery mode. 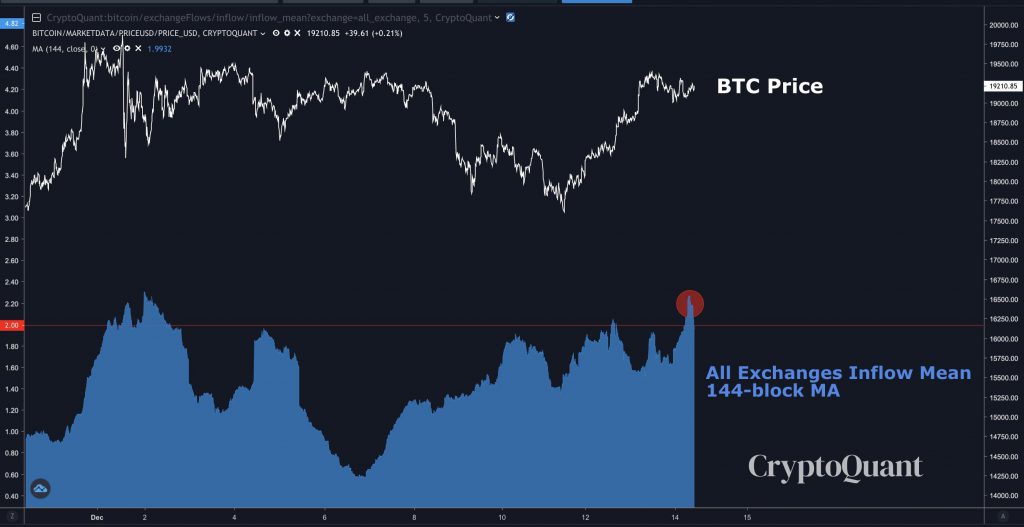 Moreover, the chart shows that Bitcoin is in the dry run phase as explained in a previous article. In this dry run, we might tap the ATH again but we will not see a long-lasting rally here. 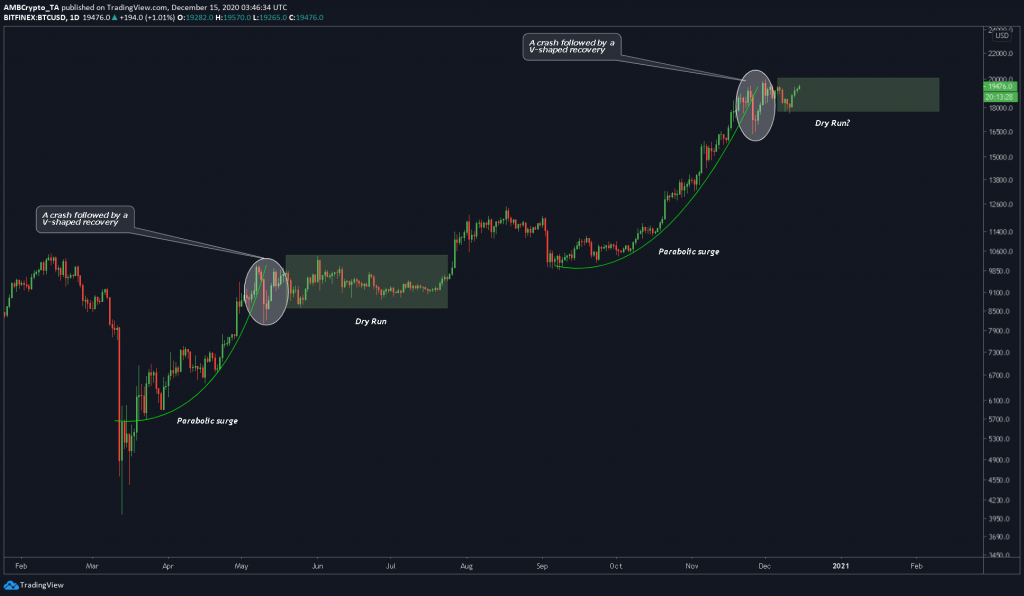 From the chart, all exchange inflows show that whales are indeed depositing their BTCs back, which gives the idea that they are looking to take profit. Hence, a drop in the short-term can be expected no matter how small.

As of this writing, BTC seems to be tapping the resistance at $19,560, which is very near to the 2017 ATH. This could be whales taking profits from their Bitcoin buy at $17,600 due to the recent drop.

Can Bitcoin protect your portfolio if the stock market implodes?