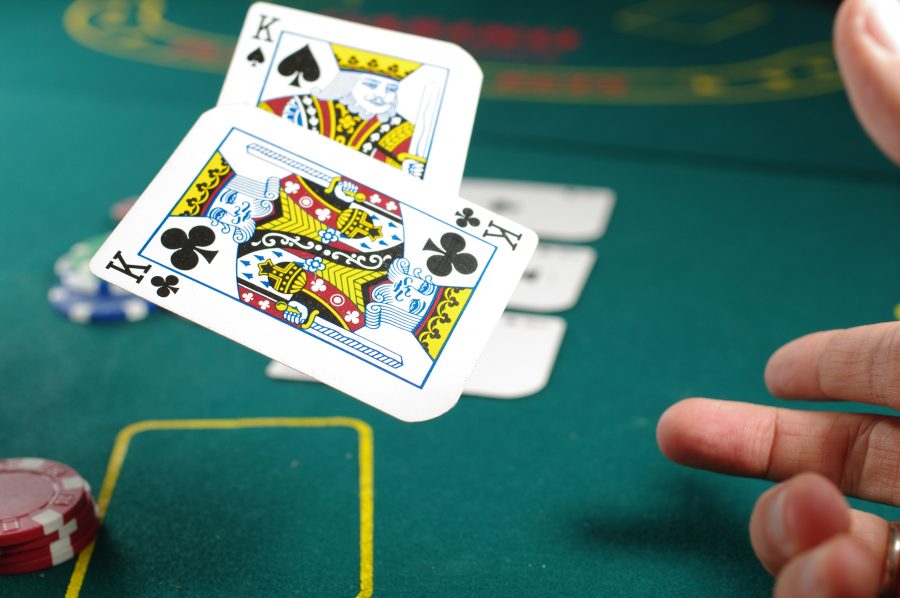 Cryptocurrencies seemed like the next big thing but, unfortunately, that does not seem to be the case at all. It is true that the idea became quite popular and a lot of cryptocurrencies like Bitcoin, Ethereum, and Litecoin, were on the rise, but, only for a short while. The spike was gigantic – that much is true, but the subsequent drop was quite perilous to investors. So, what does this mean for the online gambling industry – well, perhaps the answer will surprise you.

Given the current market conditions, Bitcoin seems to be a bad investment option. However, when it comes to the gambling industry, things differ. As most would know, Bitcoin’s value reached its all-time high in December 2017, then experienced a harsh drop, which unfortunately continues to this day. The cryptocurrency has had some serious trouble lately including the recent hacker attack that brought down its value even lower.

Regardless, Bitcoin is still widely used by gamblers worldwide. It is precisely because of its availability worldwide that it is so popular. Most casinos will not accept more than 6-7 currencies and a lot of people have trouble finding a casino that accepts their currency. After all, no one likes paying those pesky conversion fees and with Bitcoin, you won’t have to. There are plenty of casinos that are even specifically Bitcoin-oriented.

However, what is Bitcoin’s future in the gambling industry? An accurate prediction remains elusive as the future of Bitcoin, in general, is uncertain. Some experts claim that Bitcoin will only continue to drop, others think that a rise is inevitable. One thing is certain, though, this cryptocurrency is widely used for dark web transactions. A lot of criminals abuse the anonymity Bitcoin grants its users and this is only more bad news for the cryptocurrency.

But, once again, this does not really concern players and the fluctuation in Bitcoin’s value is not that large in the small intervals that are required for a deposit or withdrawal to be made. As mentioned on SuperCasinoSites, Bitcoin is not the only cryptocurrency accepted by online casinos. It is certainly the most widely accepted one but we are beginning to see more and more diversity in that area.

Other Popular Cryptocurrencies Used for Gambling

For instance, Ethereum is one of the cryptocurrencies that has become more popular nowadays. It shows promise as the company offers more than a cryptocurrency and is, in fact, the name behind the so-called smart contracts in the gambling industry. They are growing in popularity because they allow players to easily bet against the house as well as other players.

Litecoin is also gaining more ground in the online casino industry. It is a peer-to-peer based cryptocoin system much like Bitcoin. Players using Litecoin or LTC can expect anonymity and security. It is also very easy to use and transfers only take moments. It is one of the first alternative cryptocurrencies and so, has also gone through the same ups and downs as Bitcoin.

Unfortunately, all cryptocurrencies seem to be dropping in value at the moment, some less than others but dropping nonetheless. This is currently the case because of many different factors but it may not always be so. We are seeing a tendency which could turn the tables – there are more and more e-commerce transactions with each passing year.

With the development and growth of the online market, according to some experts, we will see the rise of cryptocurrencies. This is simply because, as we already mentioned, there are no currency conversion fees. It is the same everywhere in the world and that is a great advantage. The speed and efficiency of all cryptocurrency wallets could lead to a future where commerce of all kinds is based on them.

Of course, that is mere speculation at the moment. The tendency we are currently witnessing is quite bleak and it is definitely not easy to predict what the future of cryptocurrencies holds especially when it comes to the gambling industry. Online casinos strive to offer payment solutions that are highly sought out by players and cryptocurrencies are currently not the first choice of your average gambler. A lot of players find it hard to trust a system that is decentralized and some are even afraid of fraud.

Naturally, there have been some cases of fraud with cryptocurrency wallets but they are certainly not more than any other payment solution’s. The online casino industry might provide the much-required push to the cryptocurrency market and help them rise once again. Many operators already offer Bitcoin as a payment solution for both deposits and withdrawals. Plenty of players use cryptocurrencies because of the anonymity they provide and if they stabilized and stopped their continuous drop, they are quite likely to become a player favorite.

All in all, there are issues with cryptocurrencies that need some work but it is possible that they become the go-to payment method for gamblers. Whether that is a task that can be accomplished in 2019 or not is up to, well, the gamblers. What players demand – they get. And if one operator is not willing to give it to them, they will easily find another that will. So, the answer is – the future of cryptocurrencies in casinos online is in the hands of the players.

Should your business do an ICO?