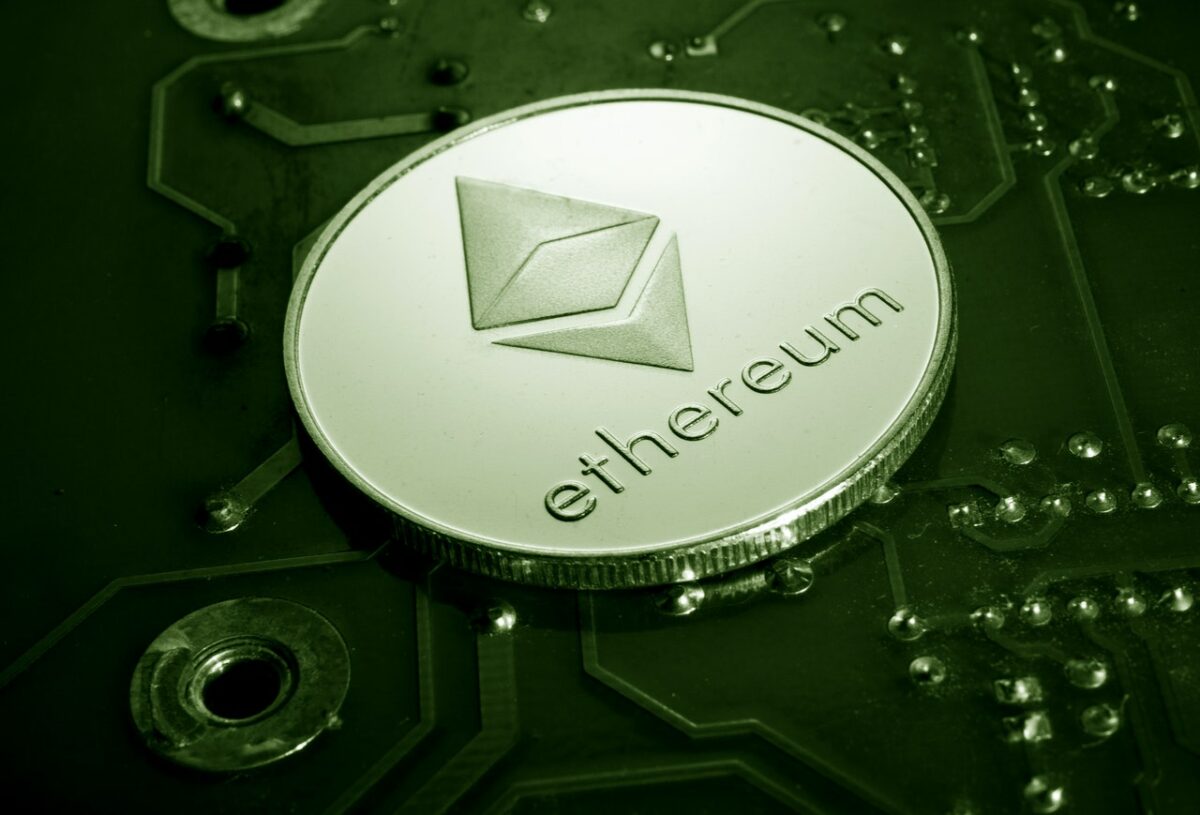 The past year has proven more bullish for the top altcoin Ethereum, than for Bitcoin. Ethereum registered a rally of 535% over the year while Bitcoin recorded yearly gains of just over 60%, at press time. Furthermore, the same has also fueled Ethereum flippening Bitcoin and outperforming BTC narratives.

When the rise in the ETH/BTC ratio is looked at, it does seem like Ethereum has outperformed BTC, even though it’s still far from flipping the king coin. In fact, the ratio rallied by more than 230% in 2021 and hit a new high of 0.089 BTC on 9 December.

A recent report from CryptoCompare highlighted how ETH has been the best performing asset among the market’s top cryptos in November, returning 7.9% throughout the month. The altcoin was followed by SOL, returning 2.8%. However, all the other major assets fell in November, with BTC, XRP, and ADA returning -7.1%, -10.2%, and -21.0%, respectively.

Can ETH continue its bullish run in December?

The latest market fall pulled ETH’s price under the $4000-mark. This, after the weekly close under the $4200-mark, left participants wondering whether December would be a sad time for ETH. Ethereum fell by almost 15% in the month of December. It oscillated just under $4000, noting 1.07% daily and 2.16% weekly losses at press time.

On a daily basis, ETH’s trade volumes and Relative Strength Index made lower lows. The RSI made three consecutive lower peaks as the price structure made a symmetrical triangle on the daily chart.

Notably, the symmetrical triangle can take the price in either direction. However, on a weekly basis, ETH appeared to be breaking out of a rising wedge pattern, one that can act as a bearish reversal signal if the price falls below the $4000-trendline.

Average fees spent on the Ethereum network continued to rise throughout November and hit a monthly all-time high of $1.82 billion,  almost 35% growth from October. The average fee per transaction also rose to an all-time high of $48.33 before coming back to $11, at the time of writing.

The lower average fee was accompanied by a higher number of daily active addresses. This could be indicative of a new wave of interest in ETH, one spurred by lower barriers to entry.

Generally, a high correlation with BTC has favored ETH’s price trajectory. But, the same has been on a downtrend of late. 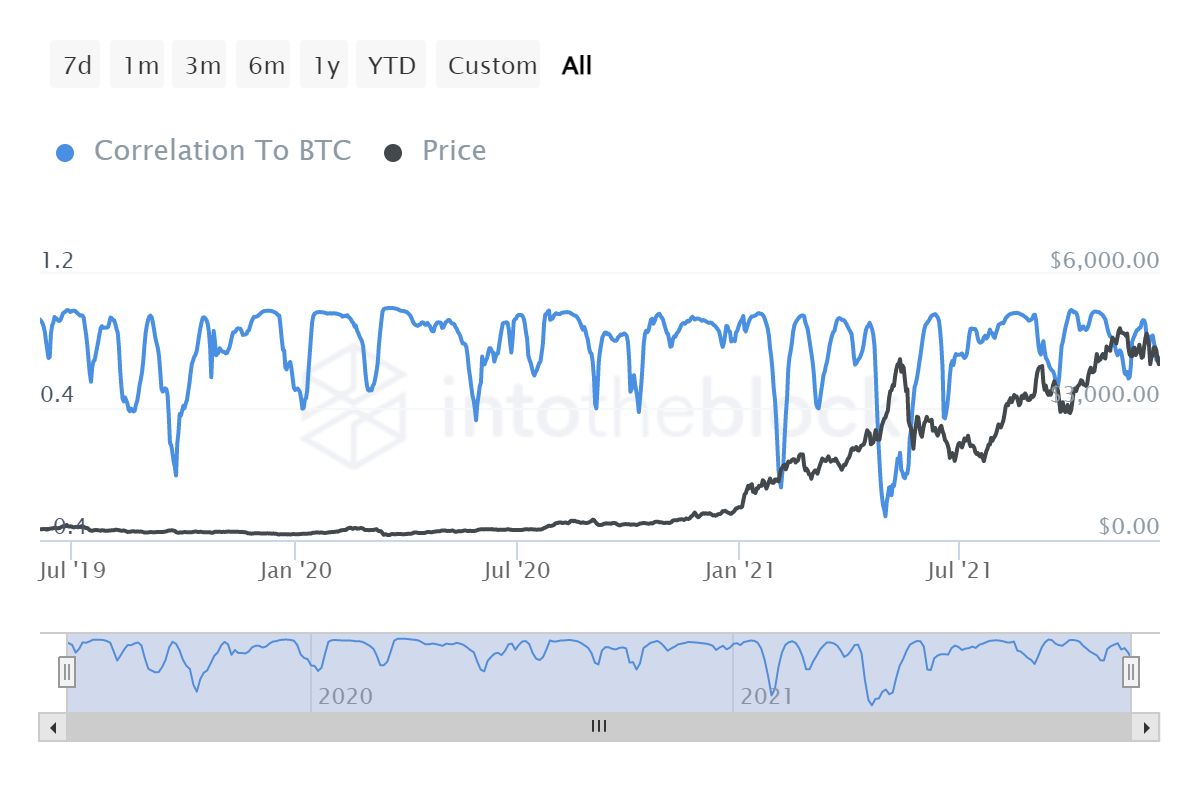 Apart from the correlation to BTC playing spoilsport, volatility for ETH has picked up. This usually coincides with price losses, as seen below. 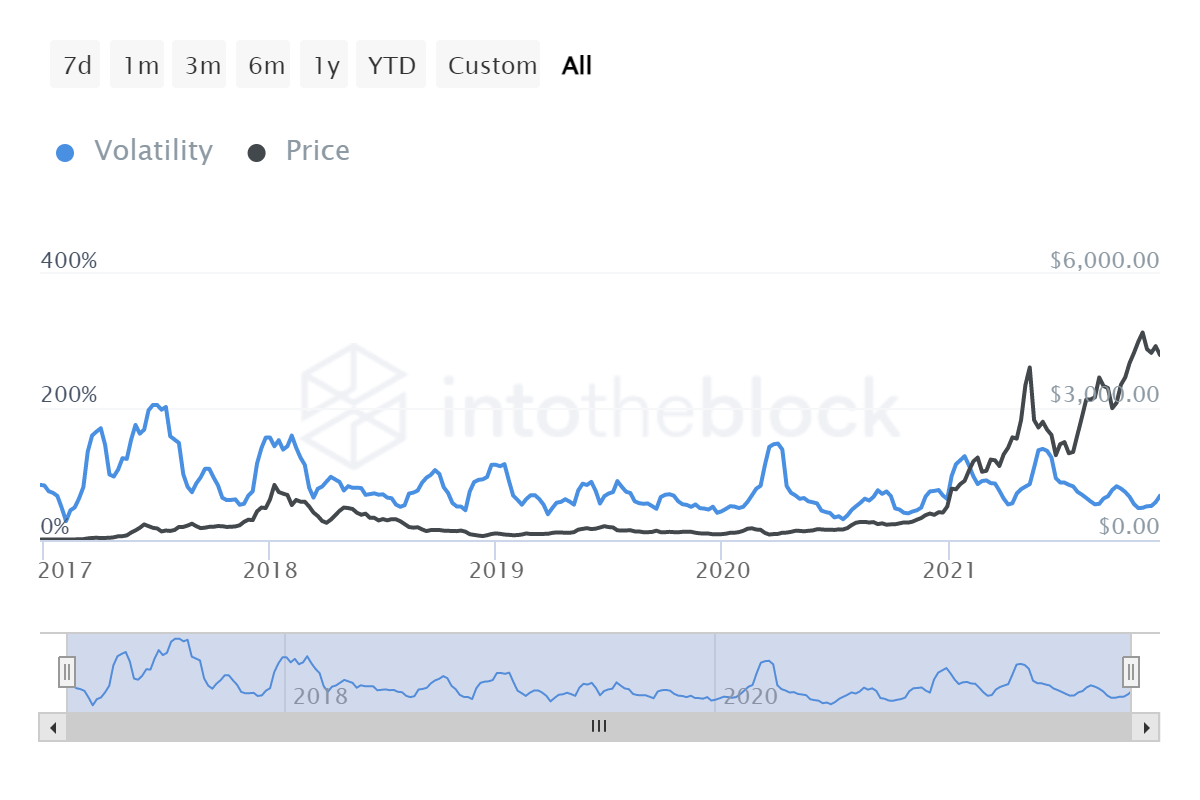 Thus, with volatility picking up, ETH’s price could see some major movements in either direction. For now, the 17 December Options expiry could play an important role in ETH’s trajectory ahead.

Related Topics:Bitcoin EthereumEthereum
Up Next

Tail wags for Elon Musk’s tweet, Tesla will accept DOGE for ‘some merch’