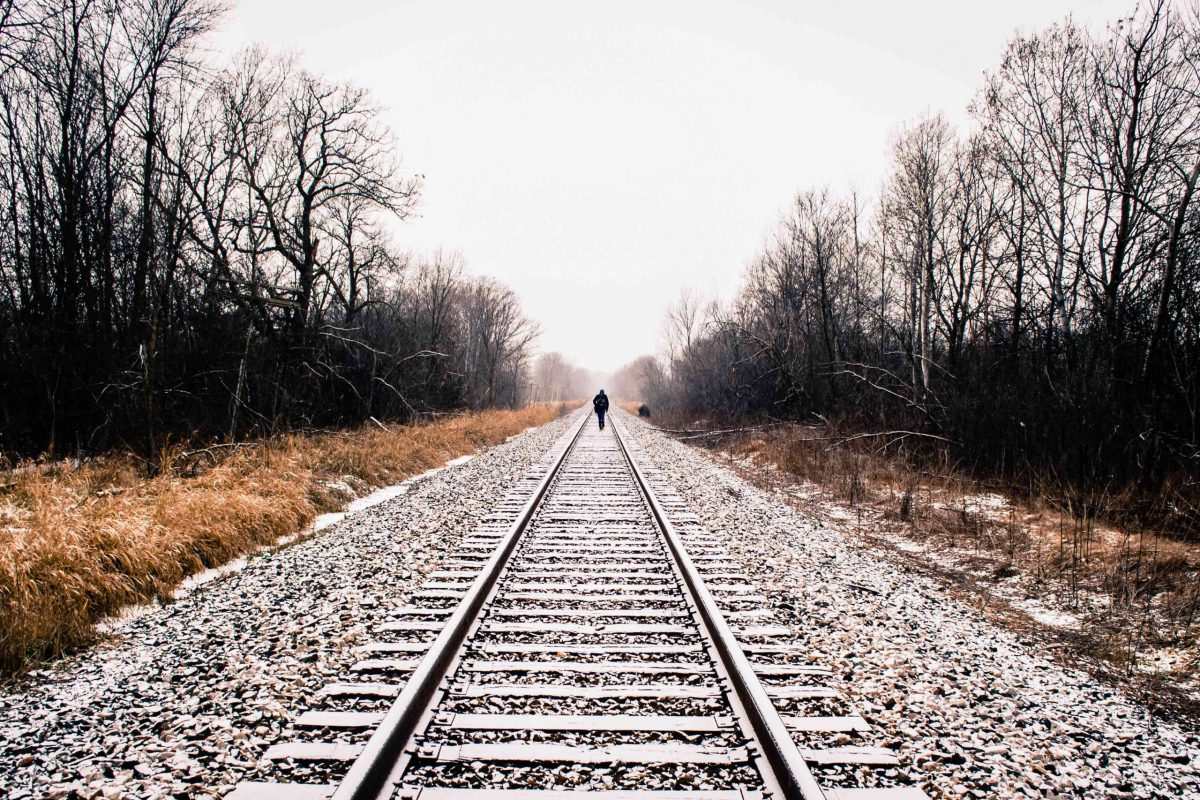 In 2020, quite a few radical shifts in trend took place in the cryptocurrency industry. While Bitcoin managed to witness another all-time high in December, Q1 of 2020 also saw Bitcoin drop down to the $4000 level. During that time, Bitmex faced an infamous DDoS attack, which led to a significant loss for a group of customers.

Binance faced a DDoS attack as well, and the trust over centralized exchanges was starting to dwindle. During that same period, Decentralized Exchanges or DEX were eyed as a potential replacement as these non-custodial solutions appeared to be more secure. With the emergence of DeFi, Uniswap started to bear the torch of DEXs, and since then other players such as Sushiswap have entered the fray as well.

This is a fundamental indication that Uniswap as a DEXs was receiving more interest as stablecoin inflows meant users were using the Uniswap platform for crypto transactions. The on-chain volume for stablecoins has already been massive in 2021, and Uniswap’s position highlighted the fact that DEXs might be getting into the mix yet again.

During the 2nd half of 2020, DEXs were starting to lose momentum and according to Dune Analytics, trading volume on decentralized exchanges fell to $18.5 billion on November 1st, after witnessing close to $28 billion at the start of September. 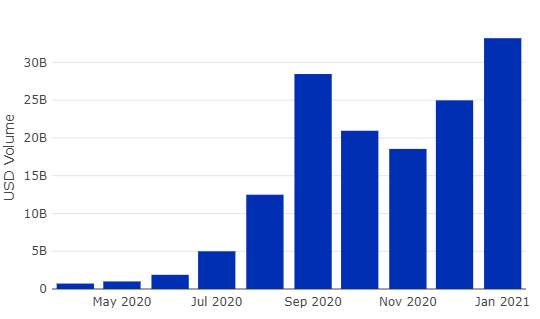 However, during the end of November, Bitcoin’s price started to gather pace again, undergoing a massive rally to its new all-time high. DEXs volumes started to recover as well, exhibiting $24.5 billion in December 2020.

Why 2021 could be different for DEXs?

After Bitcoin’s surprising collapse in March 2020 and the mishaps with BitMEX, centralized exchanges were starting to lose their Bitcoin reserves as investors were taking assets off these centralized platforms.

While many expected it to be a temporary situation, the trend carried out over the course of 2020, with no signs of resurgence as observed in the above chart.

Now the familiarity with the current DEXs’ volumes with higher stablecoin inflows meant that users were opting for these decentralized platforms for their transactions.

The elevated sense of trust is more evident now in comparison to early 2020, hence DEXs might account for more activity going forward in 2021. While Bitcoin and the altcoins continued on their bull-run, DEXs may continue to surge in terms of on-chain volumes, and considering the fact that these exchanges ensure better privacy and anonymity, they to a large degree exemplify the true essence of peer-to-peer transactions.