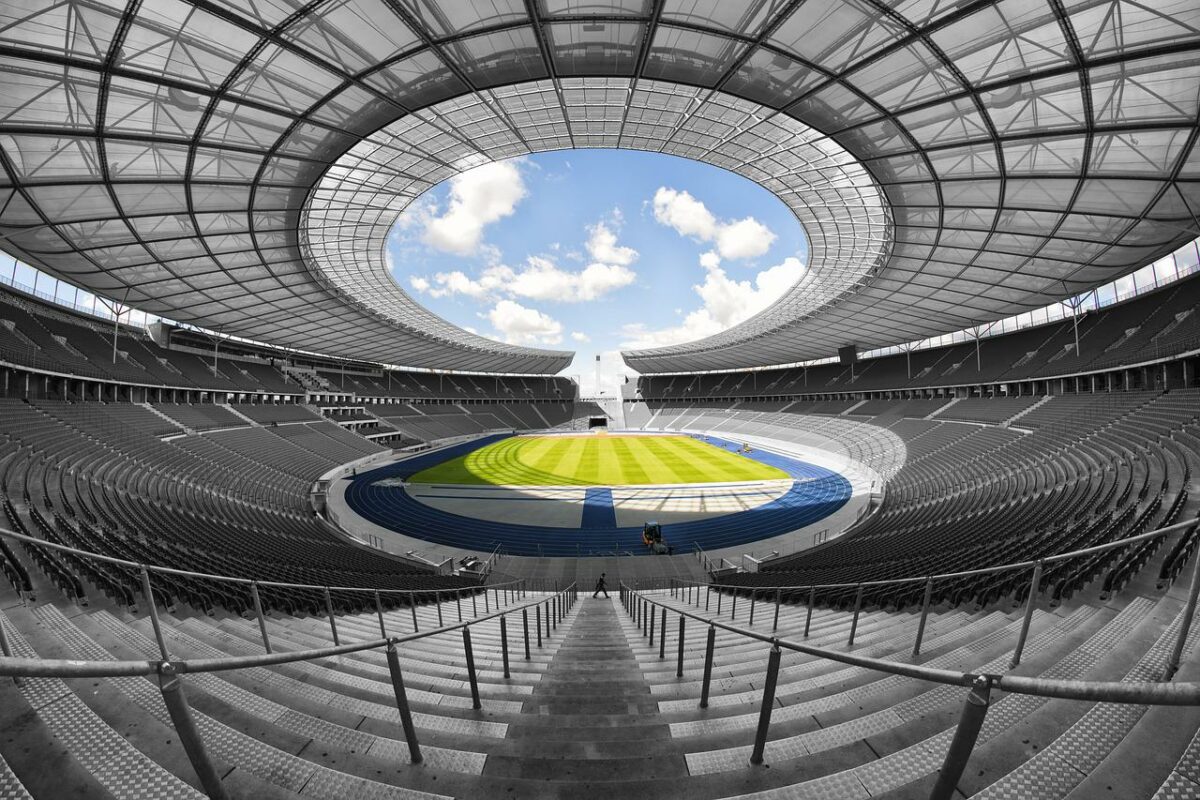 A lesser-known Ethereum-based NFT collection called Sorare is making huge strides in the NFT marketplace of late. It topped the chart of ‘NFT collection rankings by sales volume.’ In fact, it has registered more sales than Bored Ape Yacht Club [BAYC] and Mutant Ape Yacht Club [MAYC] put together.

Blimey! That’s quite a jump

You might ask- Why is there a sales hype around the Ethereum-based NFT collection? Well, Sorare is a fantasy football game where you can trade official blockchain player cards. The game has over 250 officially licensed clubs including Liverpool and Real Madrid.

The collection saw 4,044 buyers over the last day. However, BAYC and MAYC noted eight and 17 buyers respectively. This represents the growing interest of investors in the Sorare NFT collection. 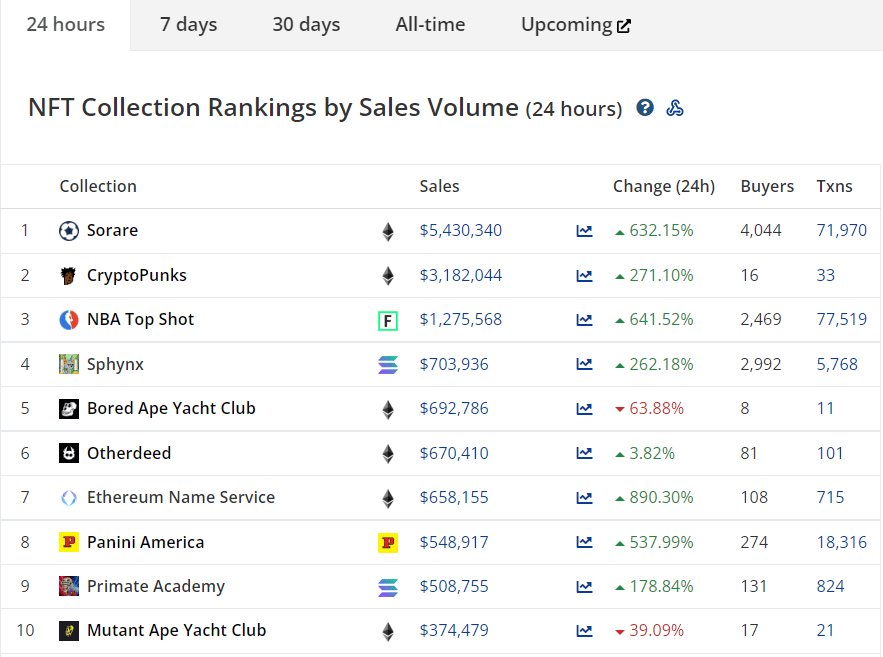 Additionally, in May, Sorare announced a deal with Major League Baseball to launch a fantasy baseball NFT game.

Much to the surprise, Sorare CEO Nicolas Julia managed to sign football sensation Kylian Mbappe. Julia, in a tweet, stated,

“Kylian is becoming our exclusive, long term Ambassador as well as a major Investor. Together, we’ll bring Sorare to millions of fans. Kylian will accelerate our mission to unite sports fans across the globe around a player-owned gaming experience.”

The deal has rapidly shown the impact of the signing on the price charts. Several metrics of the collection have posted impressive numbers since. Despite the bearish headwinds of the market, Sorare has been able to maintain high sales in June.

The Ethereum-based collection, in the month of June, recorded 26,469 unique buyers and over $20.2 million in sales. 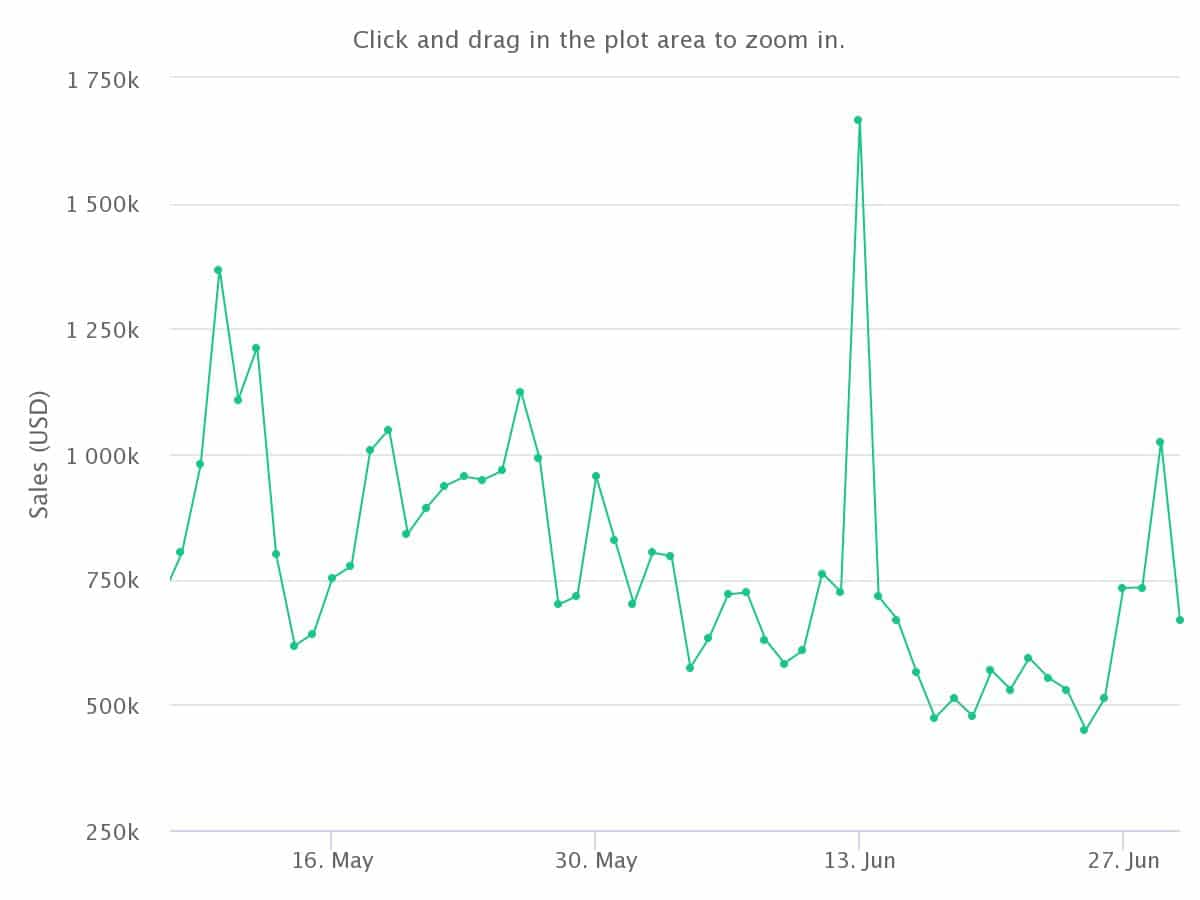 The collection has been aided by the recent revival of the NFT market. In the wake of the broader market drawdown, the NFT market too suffered a setback. But, of late, the NFT sales are booming across major blockchains. These conditions will prove to be ideal for ambitious projects like Sorare.

Uniswap: This is what investors need to be wary of before shorting UNI