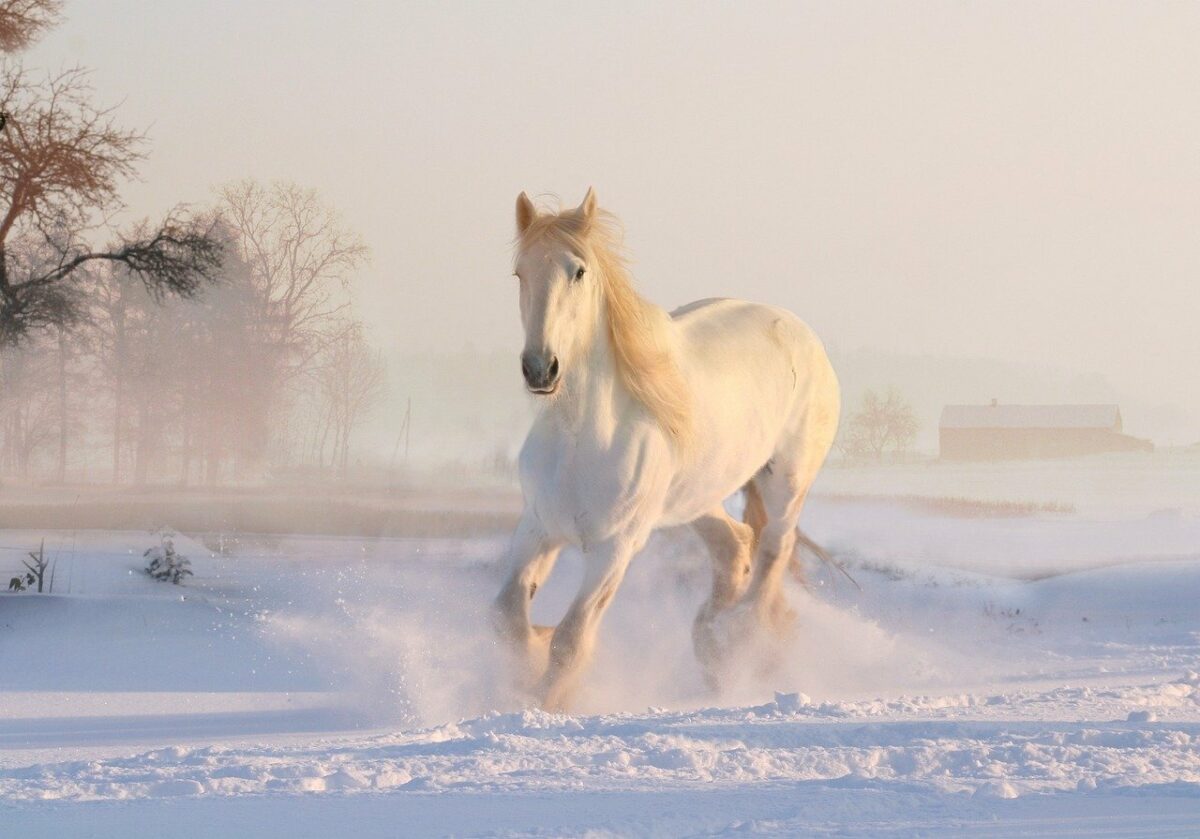 Disclaimer: These findings are the sole opinions of the writer and should not be considered investment advice

On the daily chart, Avalanche hit a new set of lows after it broke down below the previous lows at $75.5. Bitcoin found a short-term bottom at $33k but it could still slide further, as could AVAX. Avalanche broke beneath the previous lows on a single candle.

AVAX could see fresh buyers around the $56-area, although a bearish retest of the $75-level could precede this. Bitcoin’s Dominance has bounced slightly from the 39.8% lows it was at recently and stood at 42.4%. Many altcoins could witness another wave of selling before demand can step in, and AVAX could be one of them over the next few weeks. 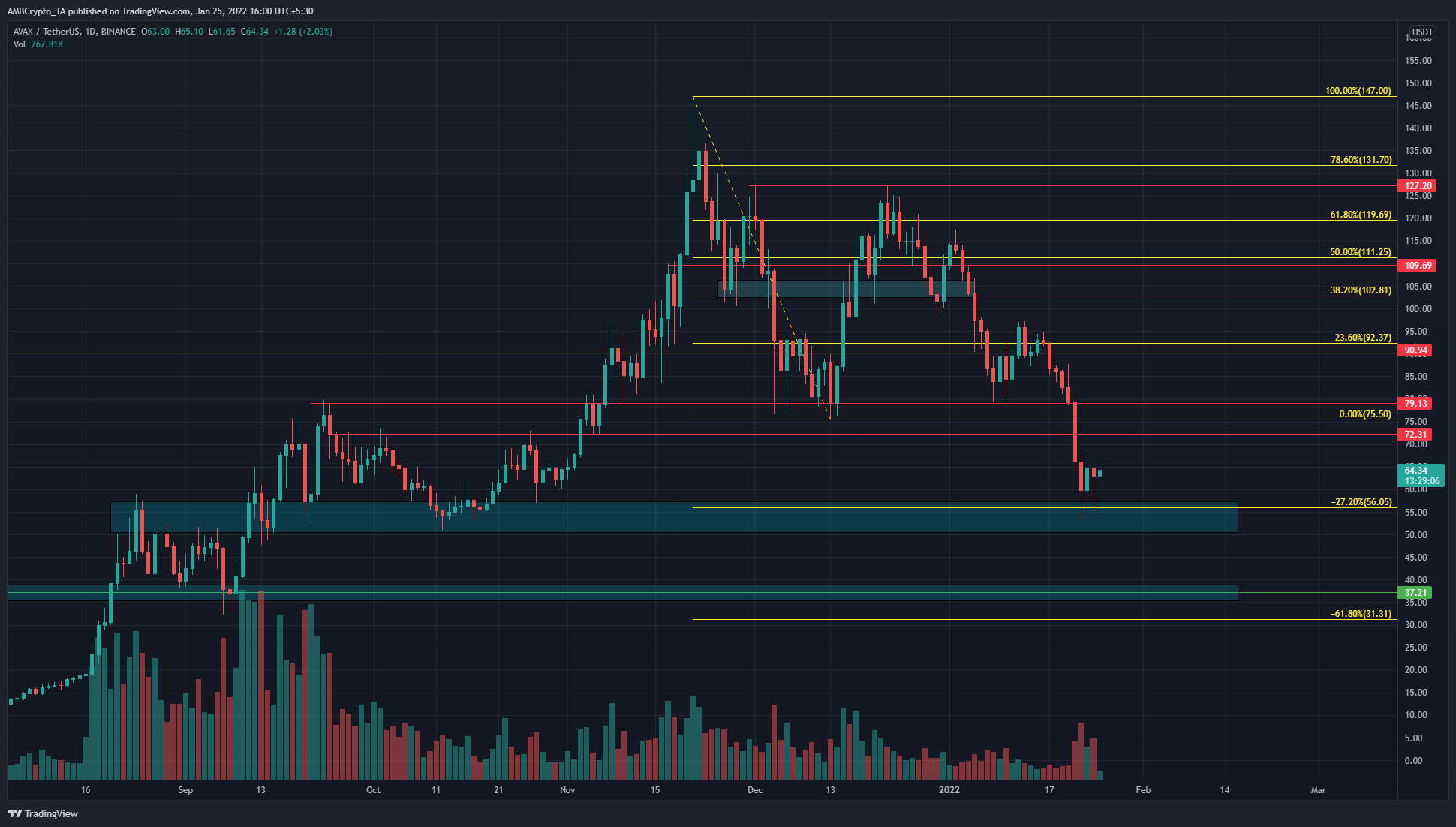 The move from $147 highs to $75.5 was used to plot a set of Fibonacci retracement and extension lines. The week prior to press time saw Bitcoin drop under $40k and AVAX also followed suit as it crashed past the previous swing low at $75.5. The 27.2% extension level at $56 saw the price briefly bounce.

This level coincided with an area of demand around the $50-$55 area (cyan box). The candlewicks to this area showed demand, but the price could visit these lows once again. Such a revisit would offer long-term investors another chance to load up. At the same time, the previous lows at $75.5 are in-between the $72.3 and $79.1 levels of resistance, marking this area as a strong supply zone.

The market structure was bearish, and therefore a retest of the $75-level could play out over the next couple of weeks, followed by a move to the $55 area. 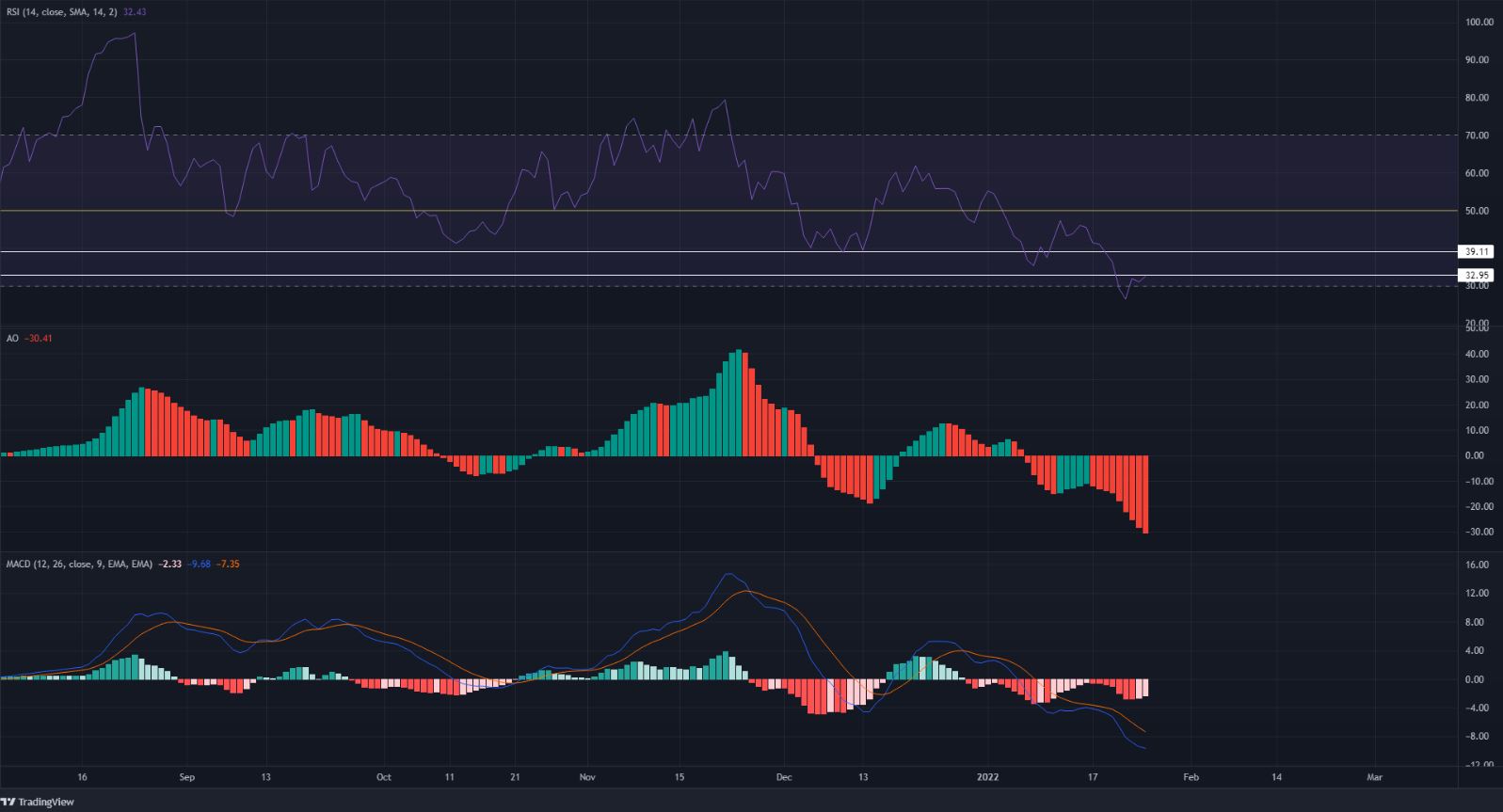 The daily RSI fell beneath 39.1 and 32.95 and at the time of writing, was just under the 32.95-level. This showed strong bearish pressure and marked out places on the chart where momentum could reverse, at least temporarily.

Momentum was strong with the bears. A relief bounce on the daily chart back to the $72-$79 area could occur. At the time of writing, the evidence pointed to such a scenario as a bearish retest. Such a retest might not occur and AVAX could continue to march south to the $56 area in search of demand.

Russia might undo its mining ban decision, but Fitch Ratings point at other concerns