The Basic Attention Token, popularly known for its integration with the Brave browser and its ad-free experience is seemingly losing its shine. The broader market sentiment has hit the coin hard. Thus, leading to a loss of over 60% in market cap since it touched its all-time-high back in November end.

Technically speaking, it is in a very delicate position now. It is close to the lower edge of a descending triangle. Well, significantly below its 50 and 200 DMA. It has also been seeing poor volumes and the RSI hasn’t reached the oversold territory yet – so a further fall from hereon cannot be ruled out.

Following that, a breach below the crucial support level of the descending triangle can quite possibly result in a nosedive due to the absence of any meaningful support level whatsoever after that. So price action-wise, BAT’s future looks bleak unless there is a change in the broader market sentiment. And, it sustains a rally breaking past all immediate resistances. 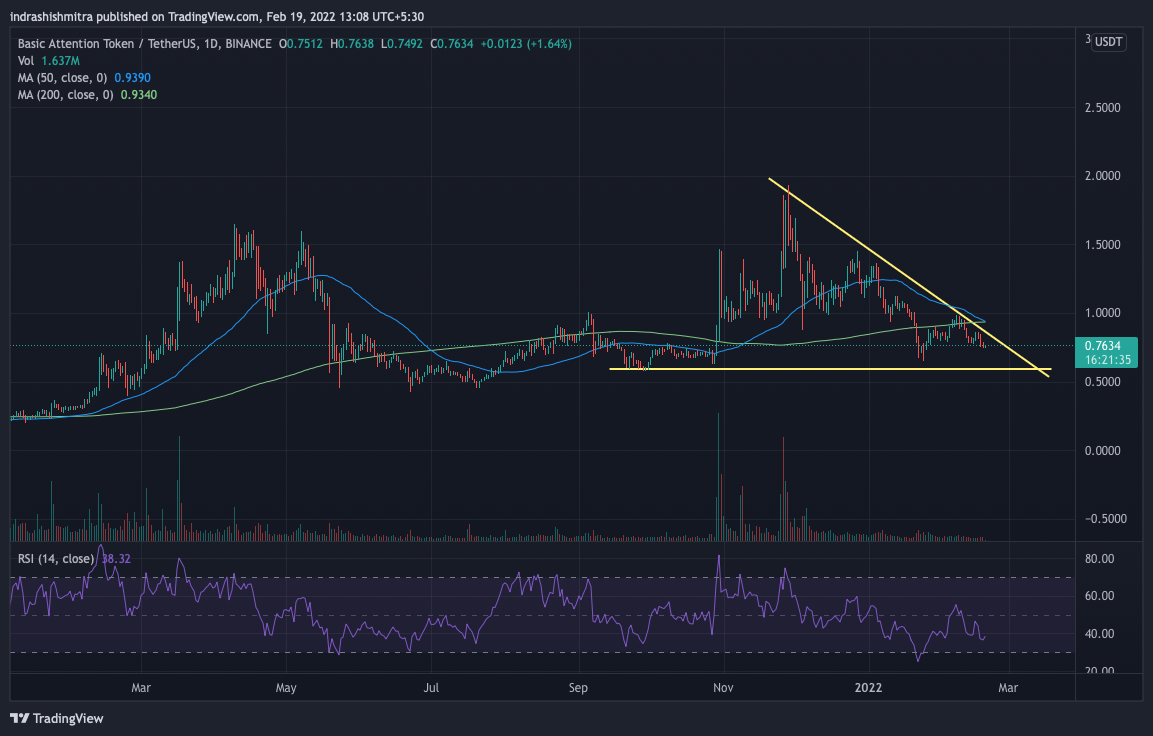 However on-chain metrics for the coin present mixed views. For example, the MVRV-Z score for BAT, according to data pulled from Santiment, shows a good value proposition to buy into the coin. Thanks to its fall, and with an optimistic view in mind – the MVRV-Z score for the coin seems to be in a good position to grant an entry for short-term profits.

Along with that, the supply held by top addresses as a percentage of the total supply of the coin has also been rising at a reasonably steady rate. This points to a long-term HODLer conviction on the coin. It must also be noted that this rise occurred despite the tragic loss of market cap.

However, not everything is hunky-dory. Network growth for the Basic Attention Token has also been on the decline – breaching nine-month lows. Participants on the network are seemingly losing confidence and steam to continue building, the poor price action is one among many such reasons.

The NVT Ratio for the coin has also spiked several times in the last few days even amid the falling price of the coin. NVT Ratio is a ratio of market cap to the value of the on-chain transaction. And, in this case, suggests a falling ability to transact coins in terms of volume despite the poor market cap. 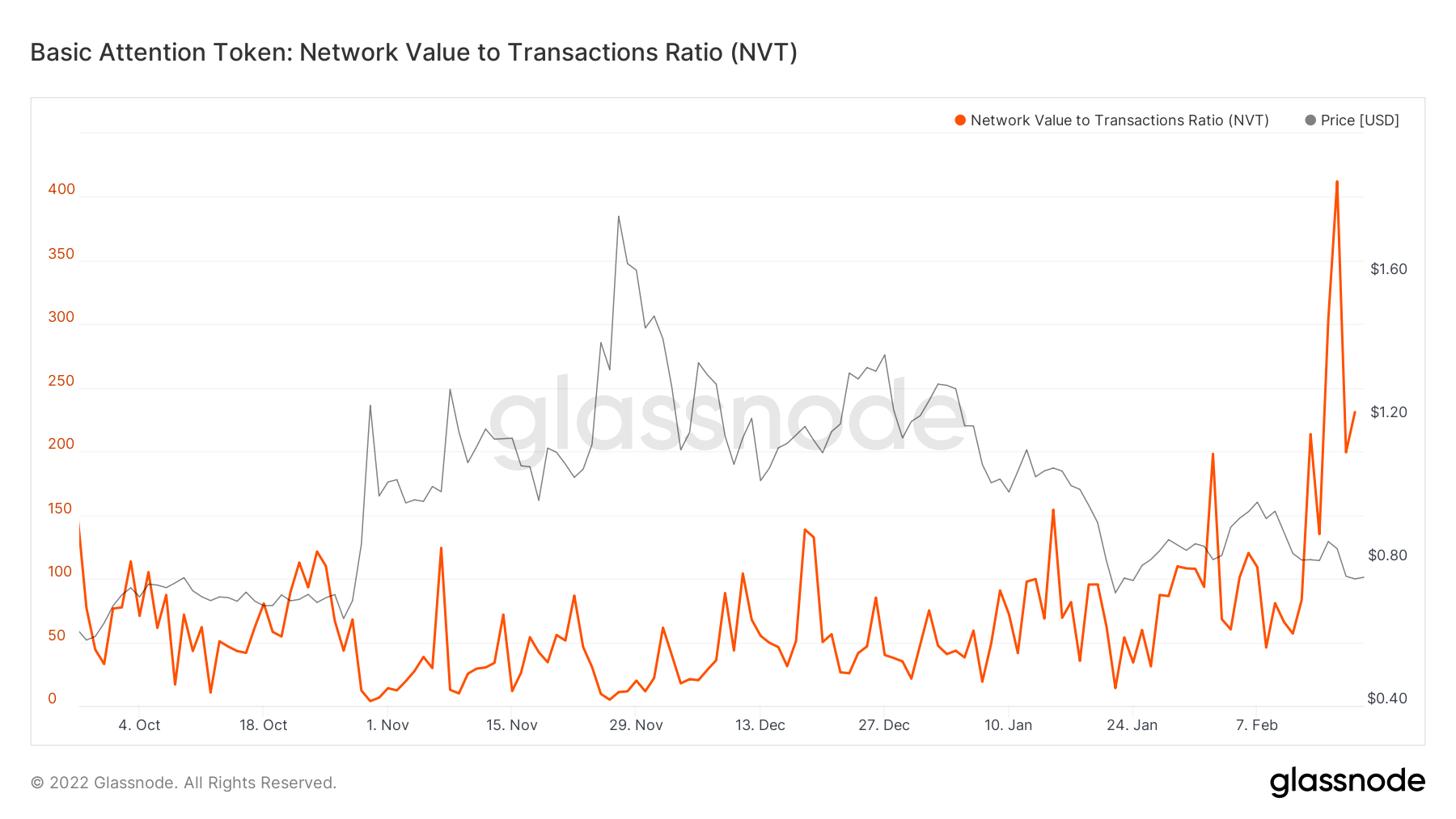 Furthermore, according to data from Glassnode – the number of active addresses on the blockchain has suffered the brunt of the fall. It is at one of the lowest points since the end of 2018. 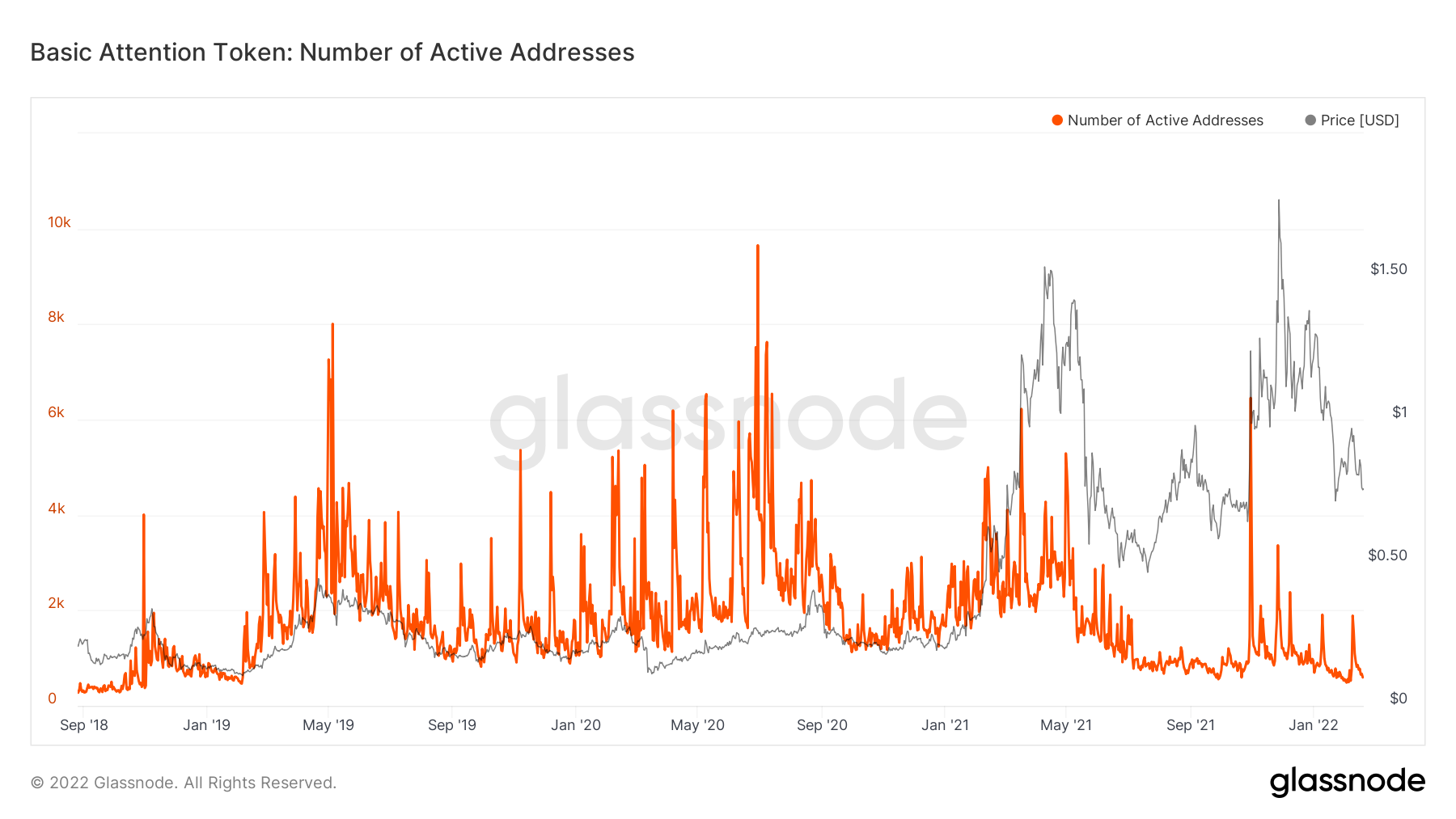 So overall, despite a few positives here and there – technical indications and metrics combined seem to suggest an overarching bearishness in the coin. Therefore going forward a short position on the coin may be the most viable way to make some profit in the short to medium term until the overall crypto market stages a strong recovery.

Ripple CEO says legal memos prove XRP not a ‘security’; how accurate is it