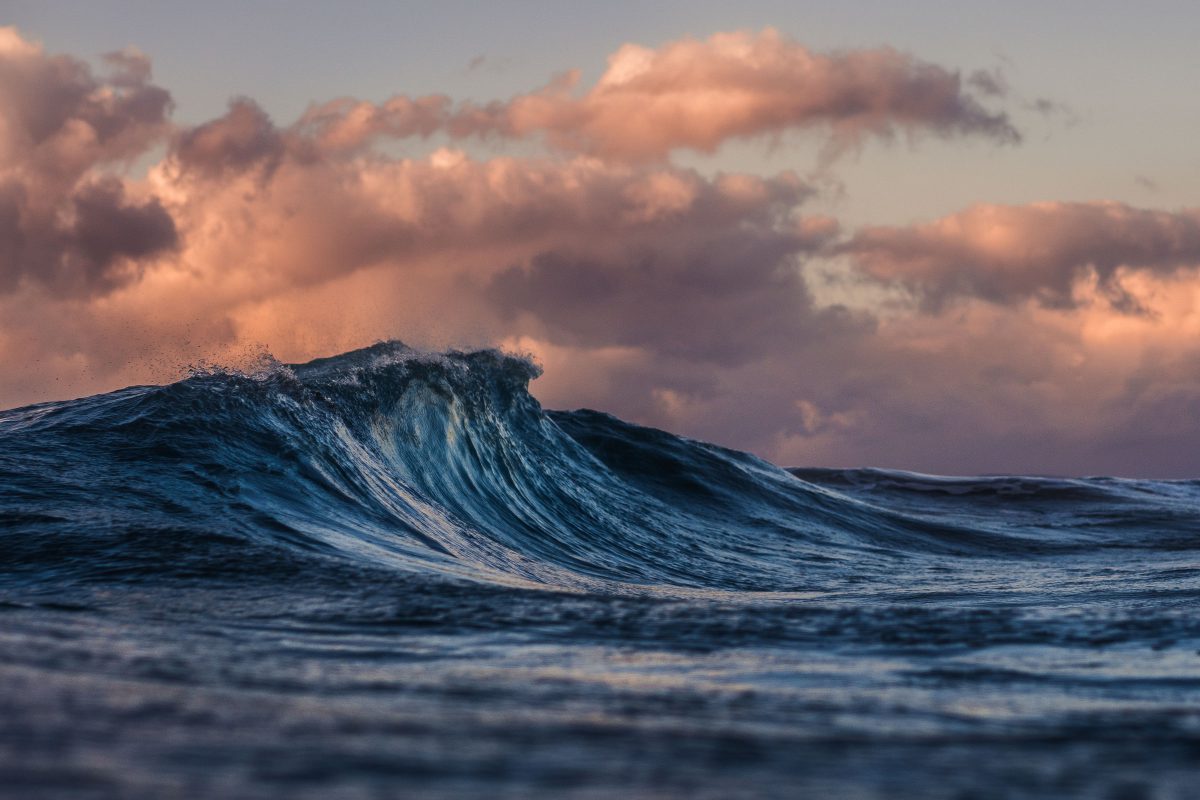 The 14th of April 2021 is a historic day for the crypto-community, with the Berlin ETH hard fork expected to go live, alongside a Coinbase IPO valued at over $100 billion. Ergo, it does not come as a surprise that altcoins in the top-25 are rallying, alongside Bitcoin’s run to its latest ATH on the charts.

A top metric that underlines how the current altcoin rally is in response to these two events is increased on-chain activity. For Ethereum, the top metric is the number of non-zero addresses, with the same climbing to touch a new ATH of 57 million recently, based on data from Glassnode. 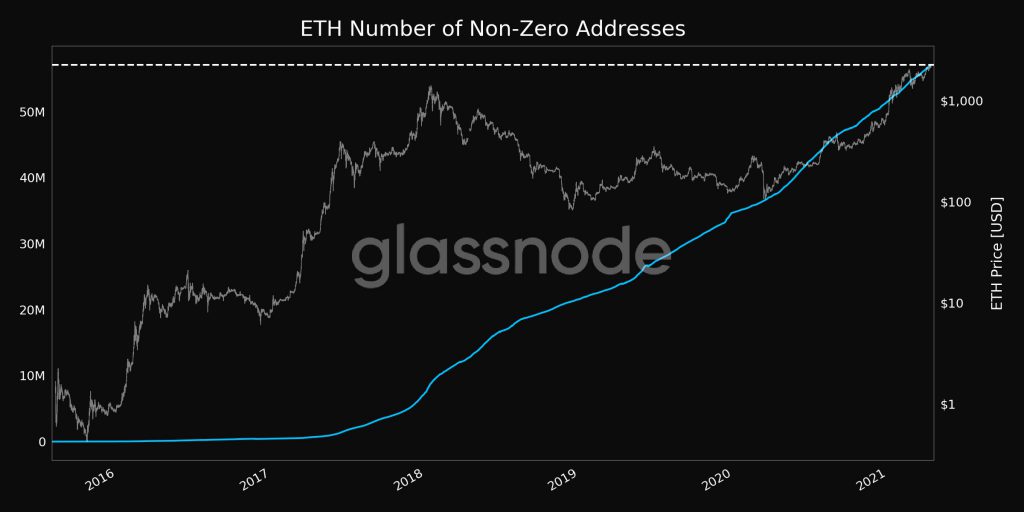 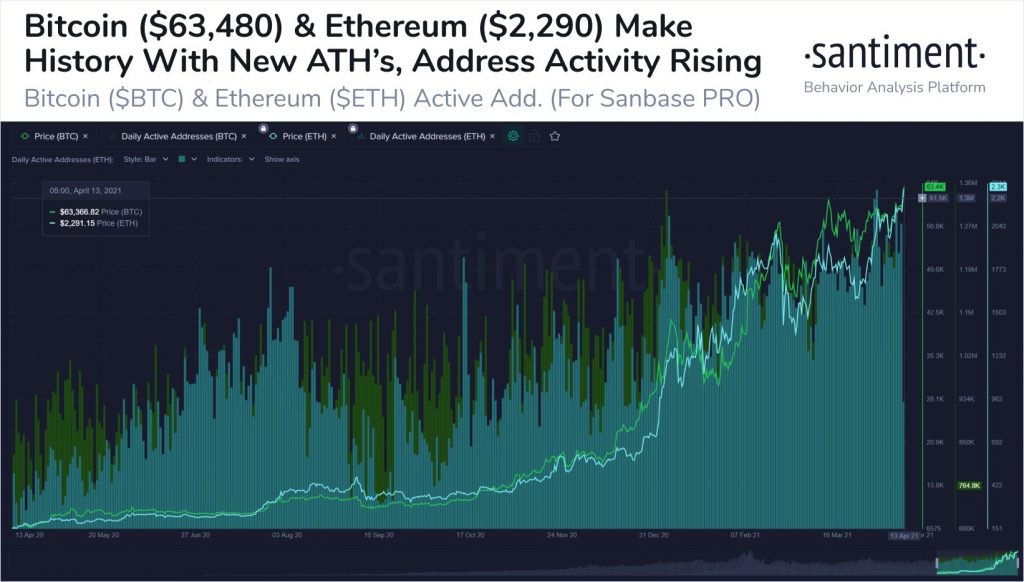 As can be observed from the attached chart, despite a 63% correlation between ETH and BTC, on-chain activity has risen exponentially for both assets. The bullish sentiment among traders on top spot exchanges is visible in the Options market as well. ETH Option skews have been decidedly bullish with very little variability in Skew.

What’s more, the implied volatility is climbing steadily for ETH too. What these metrics highlight are a) The strong demand for Ethereum Options and, b) Large ETH call premiums were blocked in anticipation of the price rally post the hard fork.

And, it’s not just Ethereum. Besides ETH, top altcoins like ADA, XLM, LTC, and EOS are rallying in response to these updates and Ethereum’s price rally.

EOS’s trade volume, for instance, was up by nearly 50% in a 24-hour window, while the price was up by over 16%. One of the top EOS price drivers has been the fact that one of EOS’s top markets is Coinbase Pro.

Similar on-chain metric updates were noted for Cardano. On the back of two price rallies over the past month, Cardano’s price, at press time, was at a level where 100% of its HODLers are profitable. Similarly, in the case of XLM, the trade volume has been anticipated to increase since Bitcoin’s price rally gained steam. In fact, the trade volume was up by over 40%, with the price rallying with Ethereum. It is likely that the price rally driven by today’s events and Bitcoin’s run to its next ATH may leave the rally less than sustainable, however.