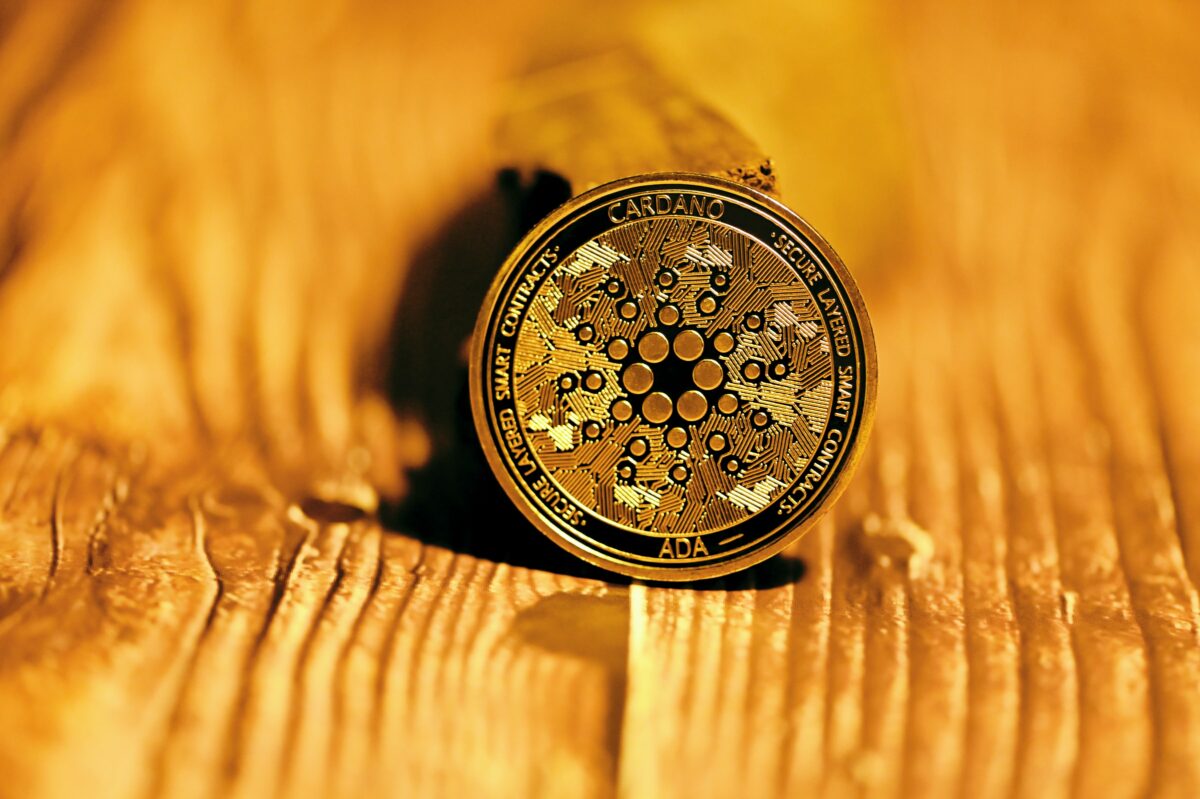 With dog coins like Shiba Inu reaping 926.07% quarterly ROIs vs USD, legitimate projects like Cardano are being overlooked. They are noting subdued price action and thus seemed to have lost their charm. But, it wasn’t just newer projects that seem to have stolen ADA’s limelight.

In fact, talking about ROIs,  even Bitcoin at the time of writing offered higher returns than Cardano. So, as the fifth-ranked coin seemed to have lost its hold in the market, is it truly the time to re-evaluate Cardano’s position in your portfolio?

Well, the answer to the same is yes, if you are looking for more short-term or mid-short-term gains. While if someone is in the game for the long run, it seemed like Cardano was still worth your time and definitely your money. But with ADA looking rather dull on lower and higher time frames how can the alt redeem itself and what stops it from rallying?

Unlike many other altcoins that look towards BTC gains for a rally, smart contract platforms like Cardano and Solana have seen rather independent market trajectories and a general dissociation from the larger market. Notably, Cardano’s run was seen alongside BTC’s consolidation.

In fact, as Bitcoin oscillated above the $60K mark and achieved an ATH over the last couple of weeks ADA’s trajectory seemed to be a bummer. Notably, the ADA’s correlation to BTC at the time of writing was at an all-time low since August 2019. 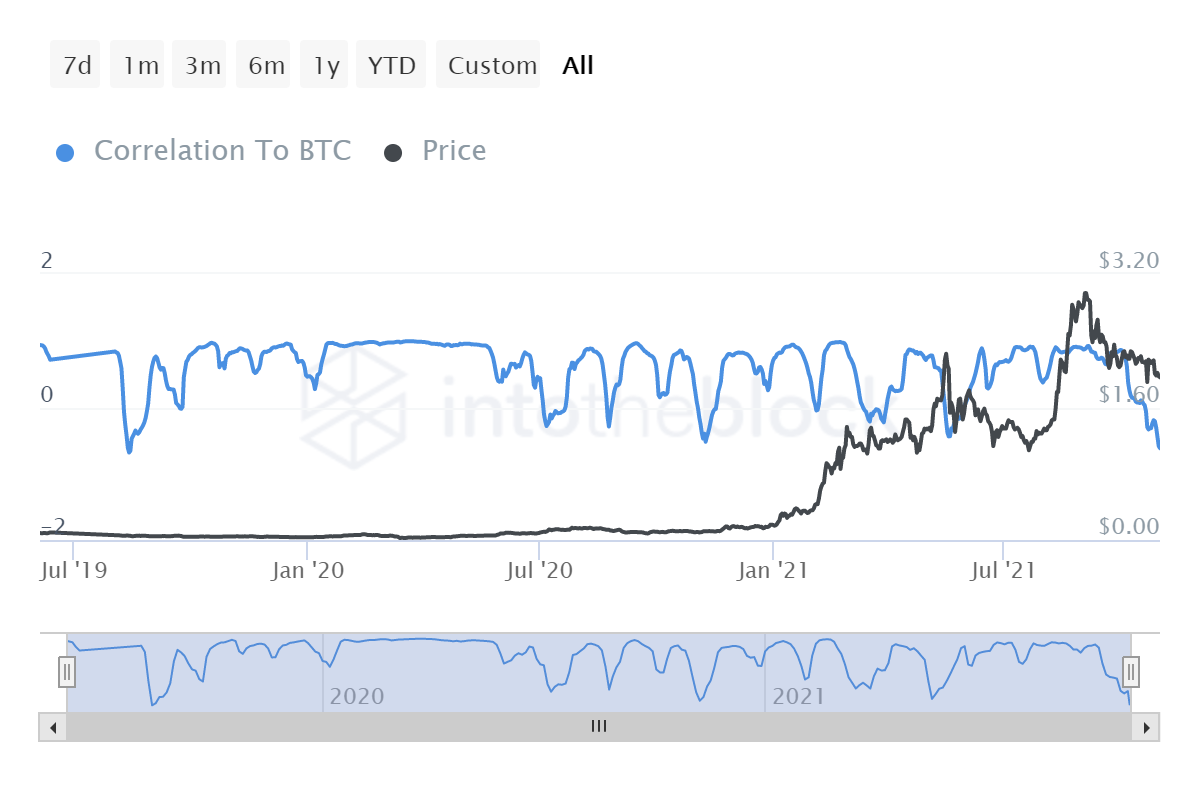 Thus, while ADA’s dissociation from the market is generally considered a boon, it in fact was not. Noticeably whenever the correlation has been relatively higher ADA saw ATHs and higher gains, so seems like this dissociating trend didn’t fare out well for ADA.

HODLers need to be back in the game

Ownership statistics for ADA highlighted how retail volumes are the largest by concentration while whales are the lowest. Retail volume made 73.36% of the crowd while whales made only 9.82% and investor volumes made 16.82% at the time of writing. 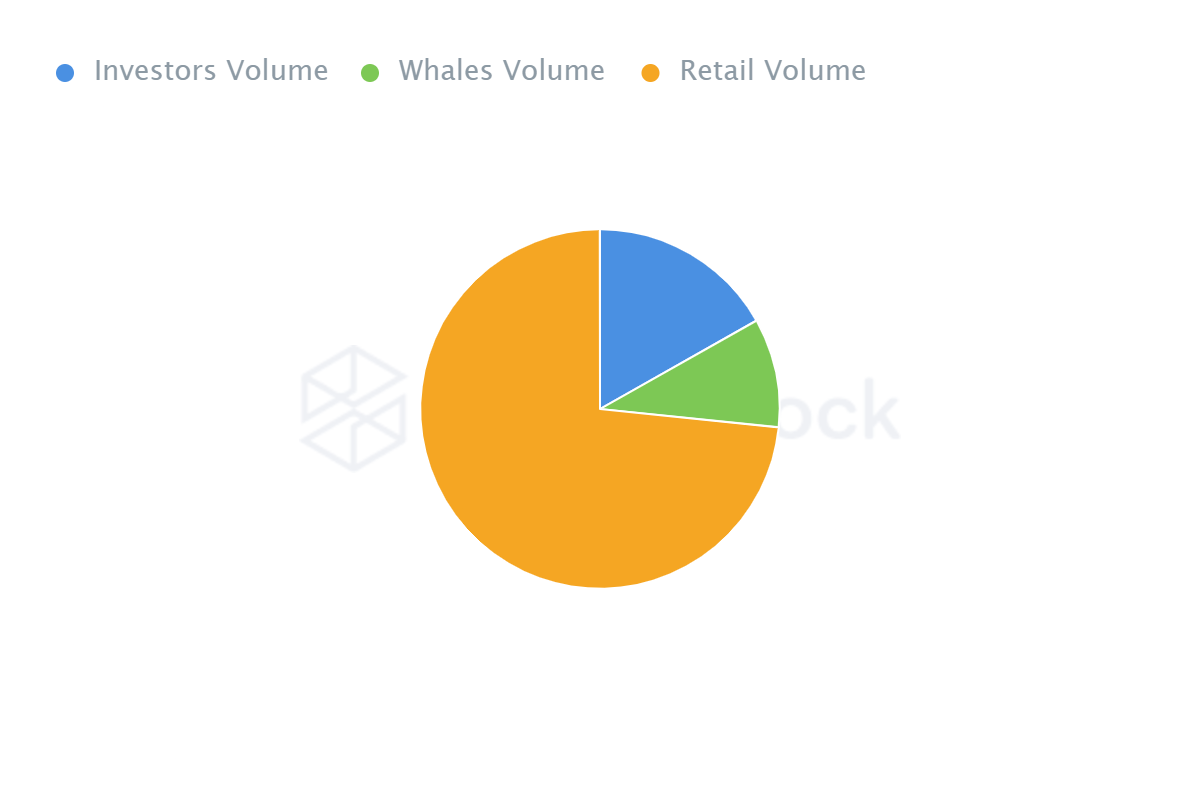 Additionally, the weighted average time held by whales has also decreased since 2020. This further highlighted a lack of conviction to HODL which could have been affecting ADA’s price lately.

Nonetheless, in terms of development, the project has been rather active, it has had over 3260 GitHub commits over the last week which was higher than most other cryptocurrencies, implying developer commitment to the project.

Further, it recently came to light that Cardano uses 0.01% of the energy of Bitcoin, making it one of the greenest blockchains. All in all, while ADA’s long-term prospects looked promising, in the near term ADA needed a strong backing from whales and some more conviction in terms of HODLing behavior.

Binance halts all cryptocurrency withdrawals, due to ‘large backlog’