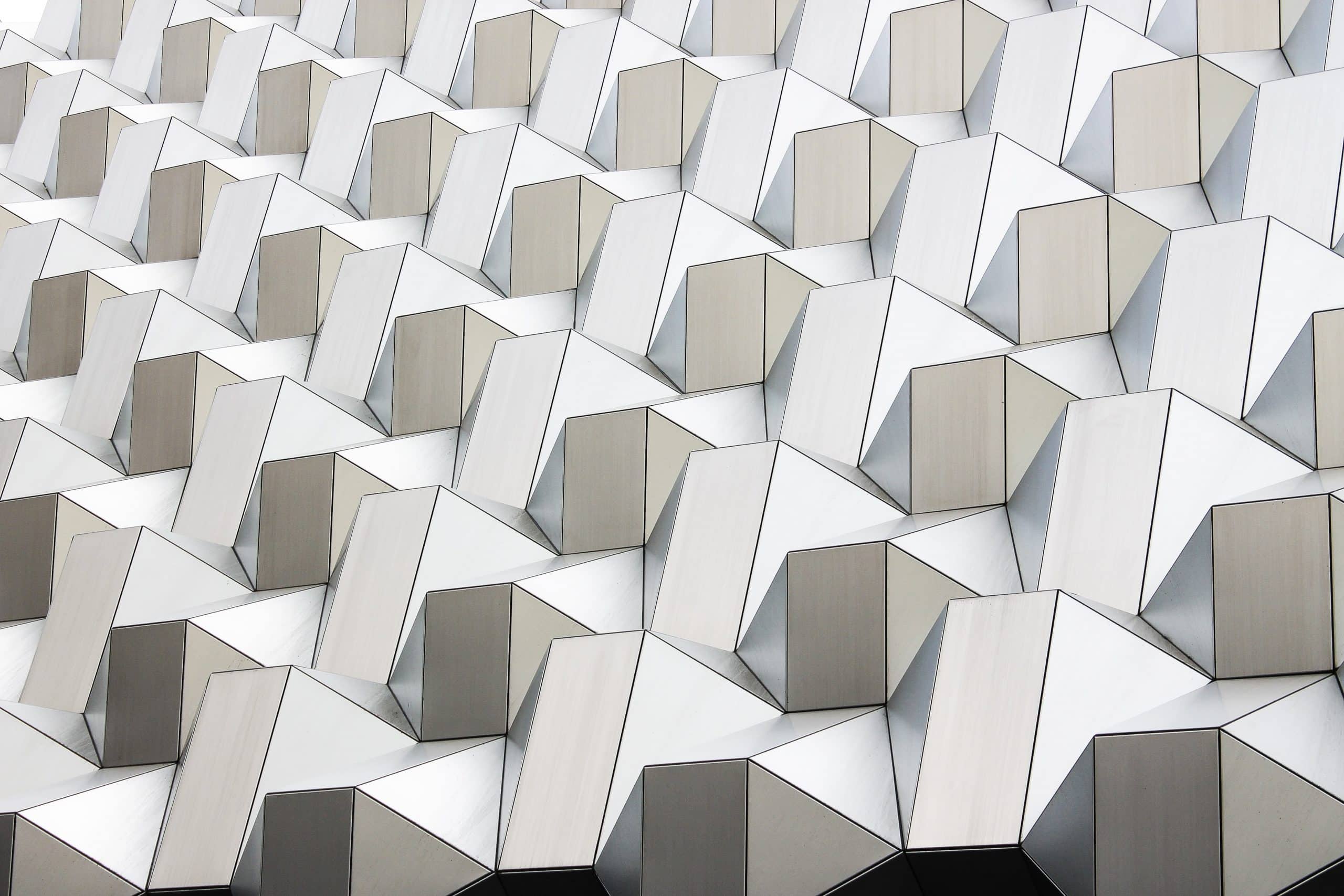 Polygon [MATIC] has been trading within a trading range ($0.7575 – $0.8154) for the past seven days. The new trading range followed another that constrained MATIC since early December before it broke below that range in mid-December.

At press time, MATIC was trading at $0.7963 and could go lower as the bears had the upper hand. However, the actions of the whales have been a major factor in determining the price of MATIC over the past week and are, therefore, worth watching.

In addition, MATIC fell below $0.800 after Bitcoin [BTC] fell below $16.83K, only to recover slightly with a mildly bullish BTC. If BTC declines over the Christmas weekend and also the following week, MATIC could fall to $0.7692 or lower.

The trading range: can MATIC break through it? 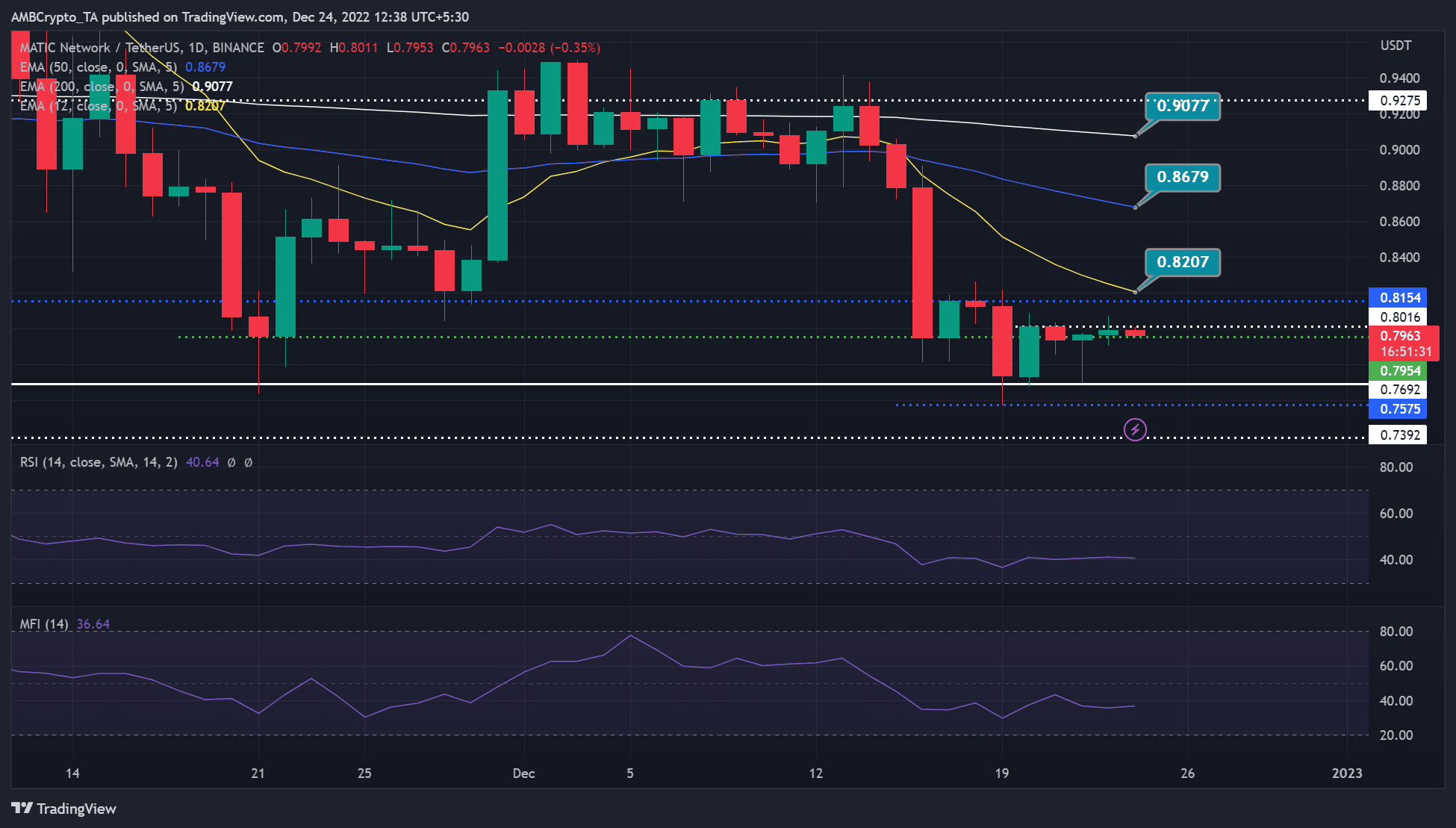 The press time sideways structure of MATIC was similar to the previous one between early and mid-December. The only difference was that the first had higher volatility than the second. With BTC trading sideways at the time of writing, MATIC could continue to trade in a range or break out below it.

The Relative Strength Index (RSI) was at 40 and moved sideways. It indicated that almost every buying pressure was followed by selling pressure, so the MATIC price remained in a range. Nevertheless, the RSI was far below equilibrium and could be interpreted as an advantage for the sellers.

On the other hand, the Money Flow Index (MFI) also moved sideways after a recent increase and a slight decrease. It showed that there was a recent accumulation, followed by a distribution. And later a balance of supply and demand, which kept the price volatility of MATIC low.

A break above $0.8154 would invalidate this bearish bias. In the event of such a development, MATIC could reach the level of:

The whale category of 100M-10B coins controlled over 33% of the supply, so their accumulation drove the MATIC price higher.

At press time, the selling pressure came from the sharks holding 10M-100M coins, while the rest of the categories either accumulated or remained inactive. Since the aforementioned sharks control about 9% of MATIC supply, their actions also influenced MATIC’s price decline at the time of this writing.

Therefore, investors should monitor BTC performance but shouldn’t ignore the whales’ movements to reduce the risk.

Will Avalanche [AVAX] holders commence 2023 on a bullish note?

Ethereum’s validators feel the MEV ‘Boost’, will it help ETH go up the chart?