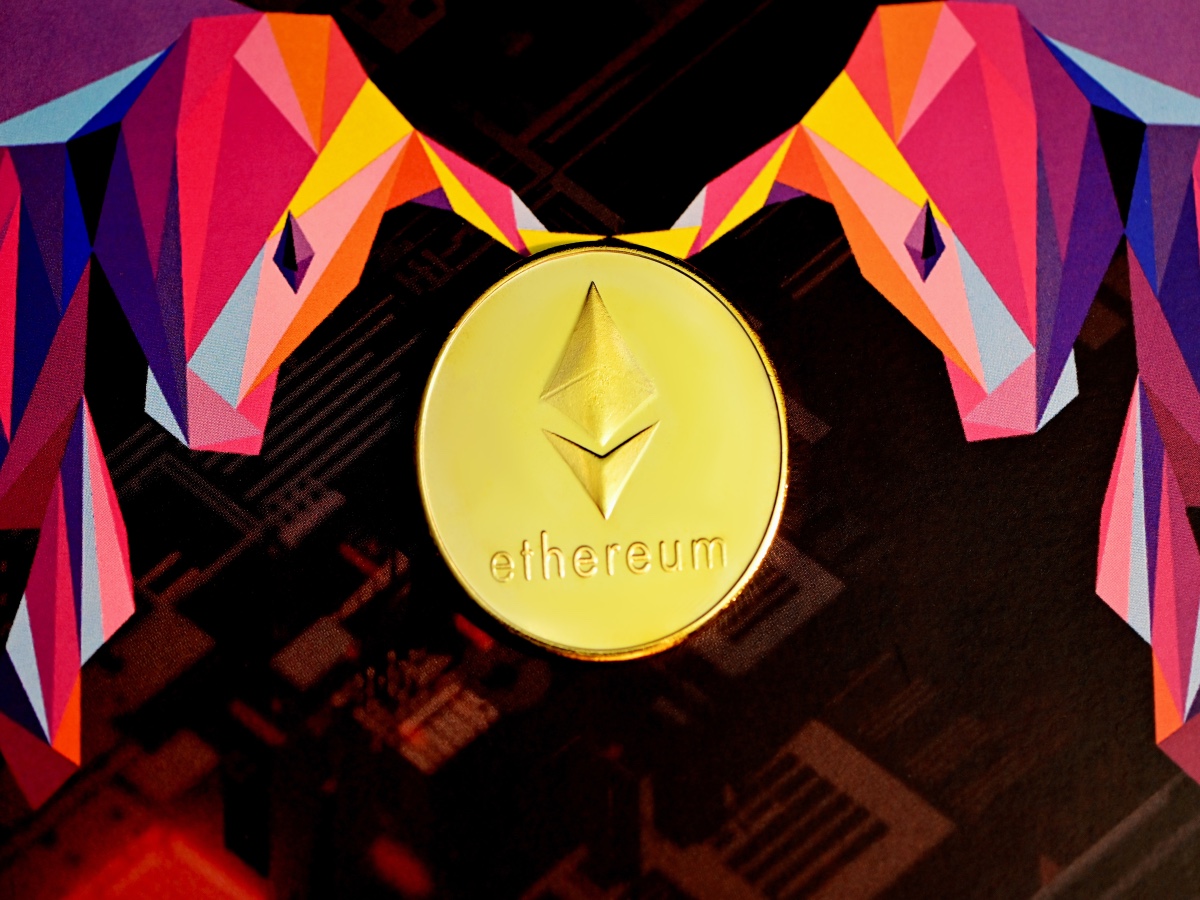 A cat has nine lives, they say. Well, Ethereum is far from being a cat, but according to Arcane Research, the second biggest crypto has been through seven 50% drawdowns. What’s more, this pattern can reveal a lot about Ethereum and the changing market landscape as a whole.

So what’s the damage?

Ethereum touched the stars on 7 November, 2021 with an all time high of $4,812. However, market crashes in December and January brought the price down by 55%, to a nadir of $2,200. This meant over $280 billion being wiped from the market cap, putting all past losses to shame.

Arcane Research studied similar 50% dives by Ether in the past, to map out that a drop of this degree takes an average of around 38 days to happen. However, the latest fall took approximately double that time.

So what about the future? Arcane Research predicted that – minus any new crypto winters – Ether might get back to the $4,000 range as soon as July 2022.

However, investors should also expect a lot of volatility and moves from large players like the Federal Reserve. 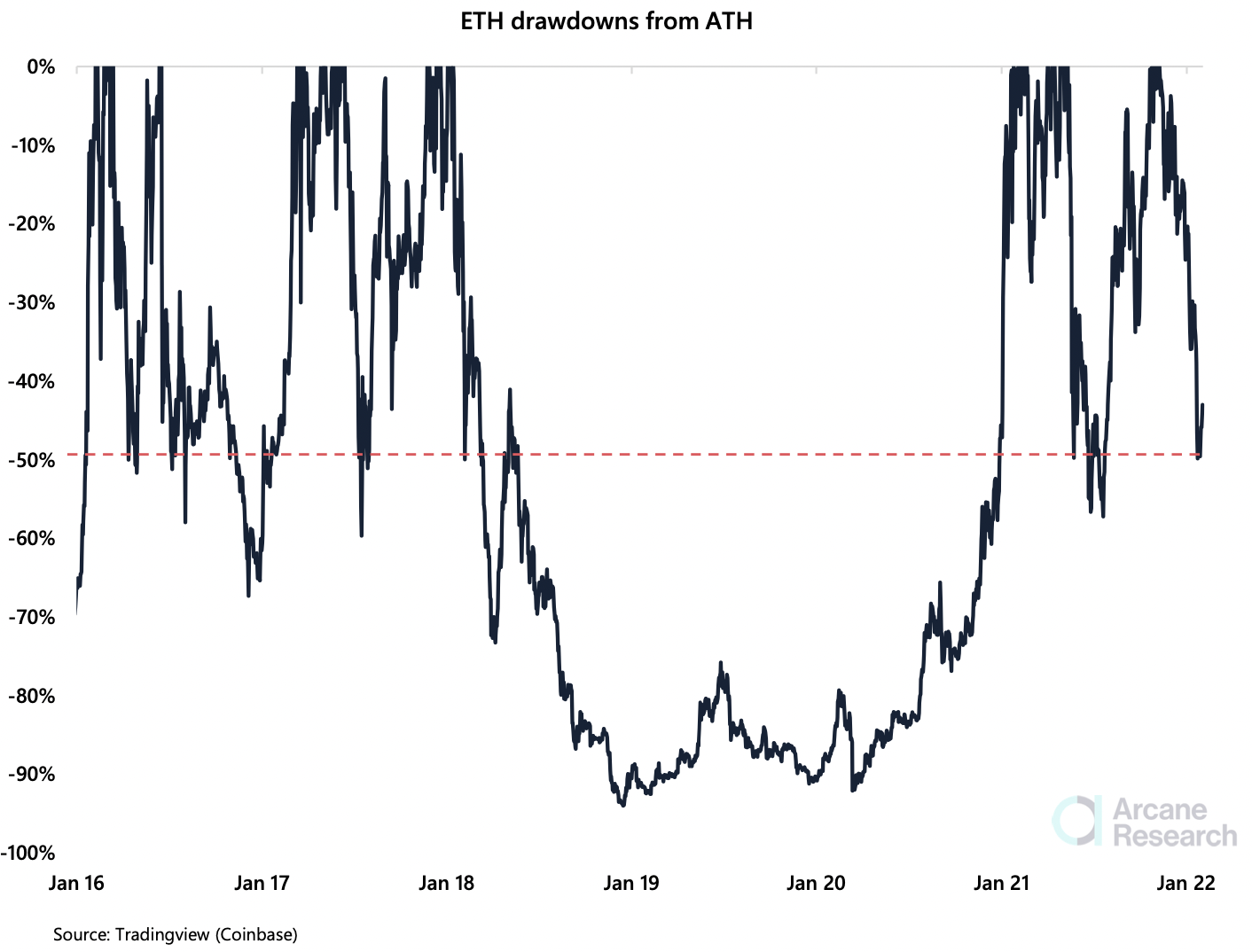 CoinShares’ Digital Asset Fund Flows report for the week ending 28 January showed that while the market saw slight inflows, Ethereum was again in the red, with outflows of around $26.8 million. CoinsShares’ report called the update “alarming” and said,

“Ethereum continues to suffer from negative sentiment with outflows of US$27m, the 8th consecutive week which now total US$272m.”

However, it assured investors by adding,

“…this current retrenchment remains a way off the outflows seen in February 2018 where outflows totalled 10% of AuM.”

Speaking of investors, we can see that Ether’s recent fall in price has sent weighted sentiment plunging below 0 to -2.234. Weighted sentiment was positive even when Ether hits its lowest prices in late January, so the gloomy sentiments at press time may seem extra disheartening. However, negative sentiments can sometimes stimulate a rise in price, so experienced traders are probably tracking the market with extra care. 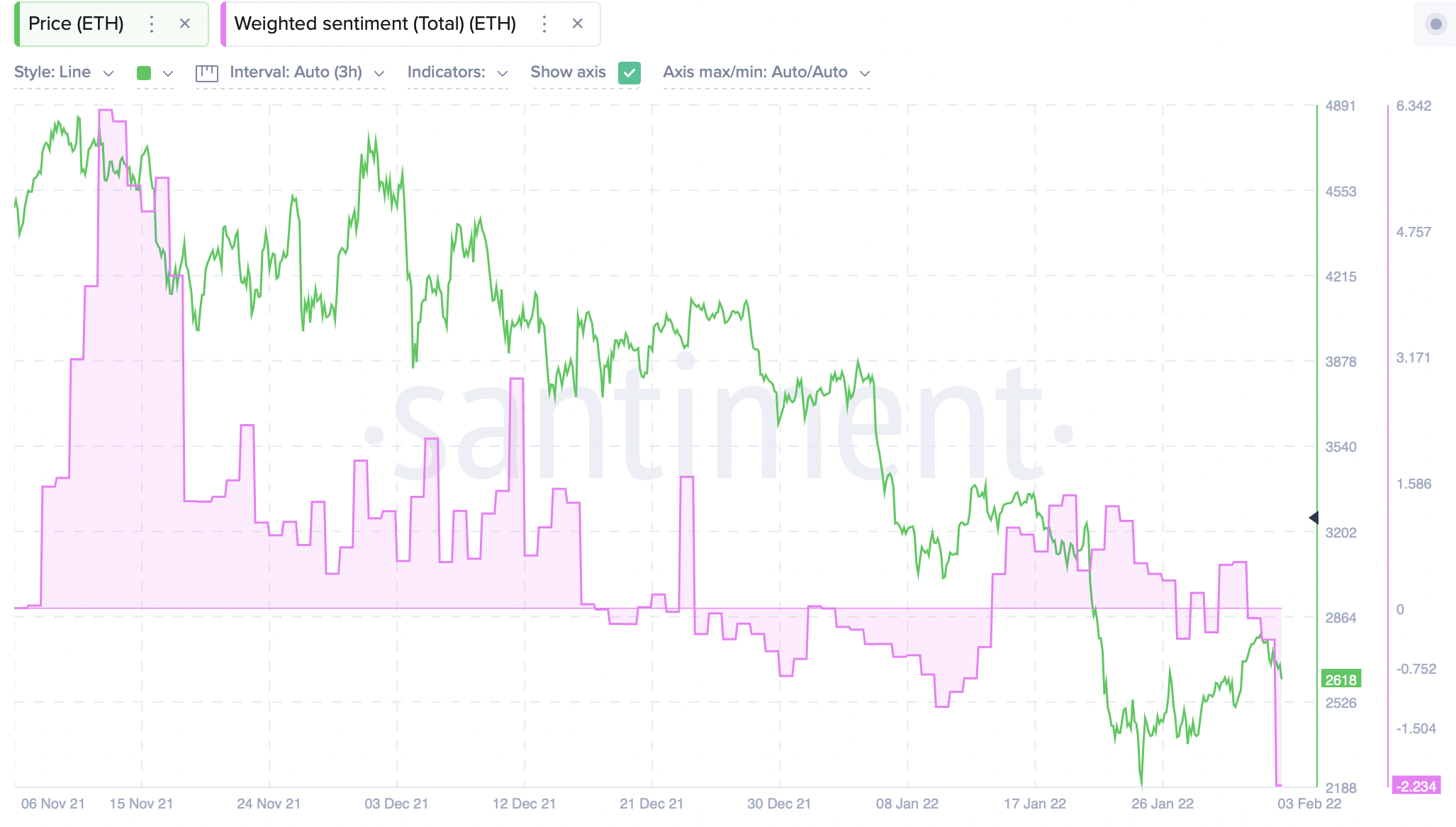