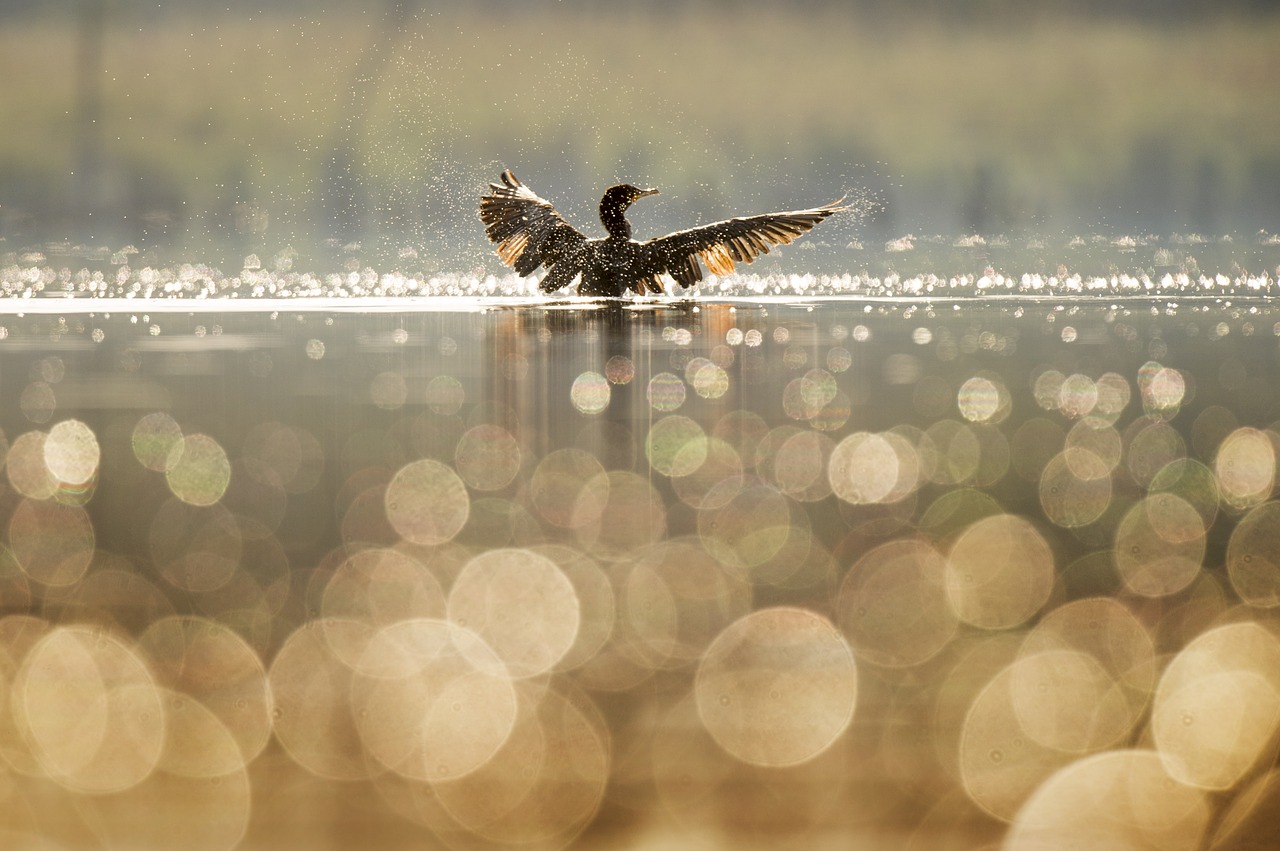 Decentralized storage platform Filecoin has not had a brilliant run on the charts in the past few months. Since October, it has shed nearly 72% in value, from $80 to $22.3 at press time. It had hinted at the beginning of a downtrend in late September and has slid steadily lower on the charts since October. At the time of writing, a trendline of some importance appeared to be broken. Short-term bullishness had been brewing in the past week. However, the most pertinent question is- Can Filecoin break the bearish market structure over the next few weeks? 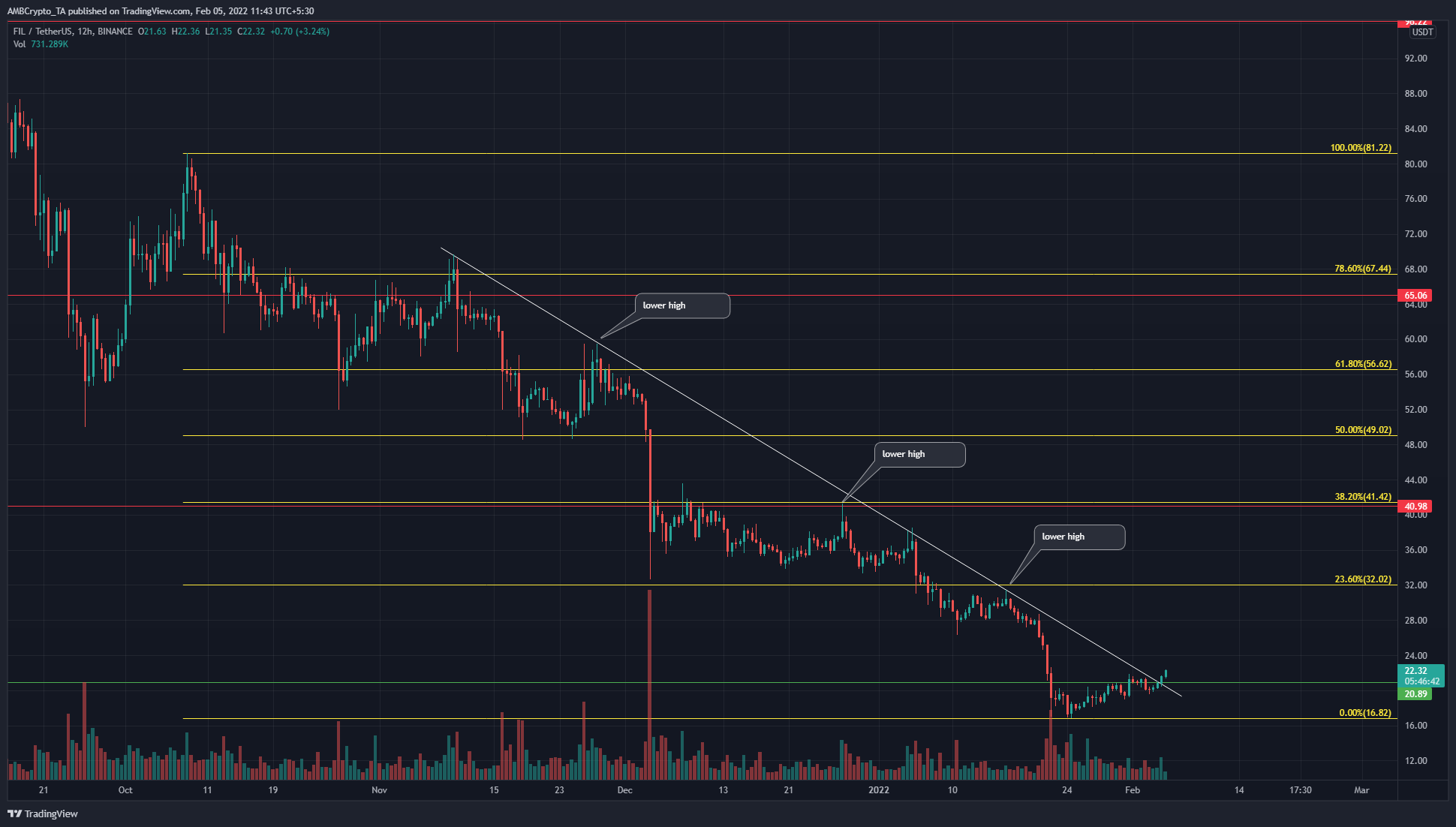 The trendline (white) held some importance, primarily owing to how the price has respected it since November. However, it has to be remembered that the break of a descending trendline does not equate to establishing an uptrend. Rather, this break could signify a run upward, before the next leg lower for FIL.

Therefore, unless the market structure’s previous lower high at $31.53 is broken, FIL would continue to trade within a long-term bearish structure.

Moreover, this lower high had some confluence with the 23.6% Fibonacci retracement (yellow). This level was plotted based on FIL’s move from $81.22 to $16.82. Hence, the $31-$32 area can be expected to offer strong resistance, provided FIL can indeed climb that high.

Another place where FIL can run into sellers was at $27, the lower low preceding the lows at $16.82. A retest of the $27 mark could be viewed as a bearish retest of a support level that FIL had traded at last month. 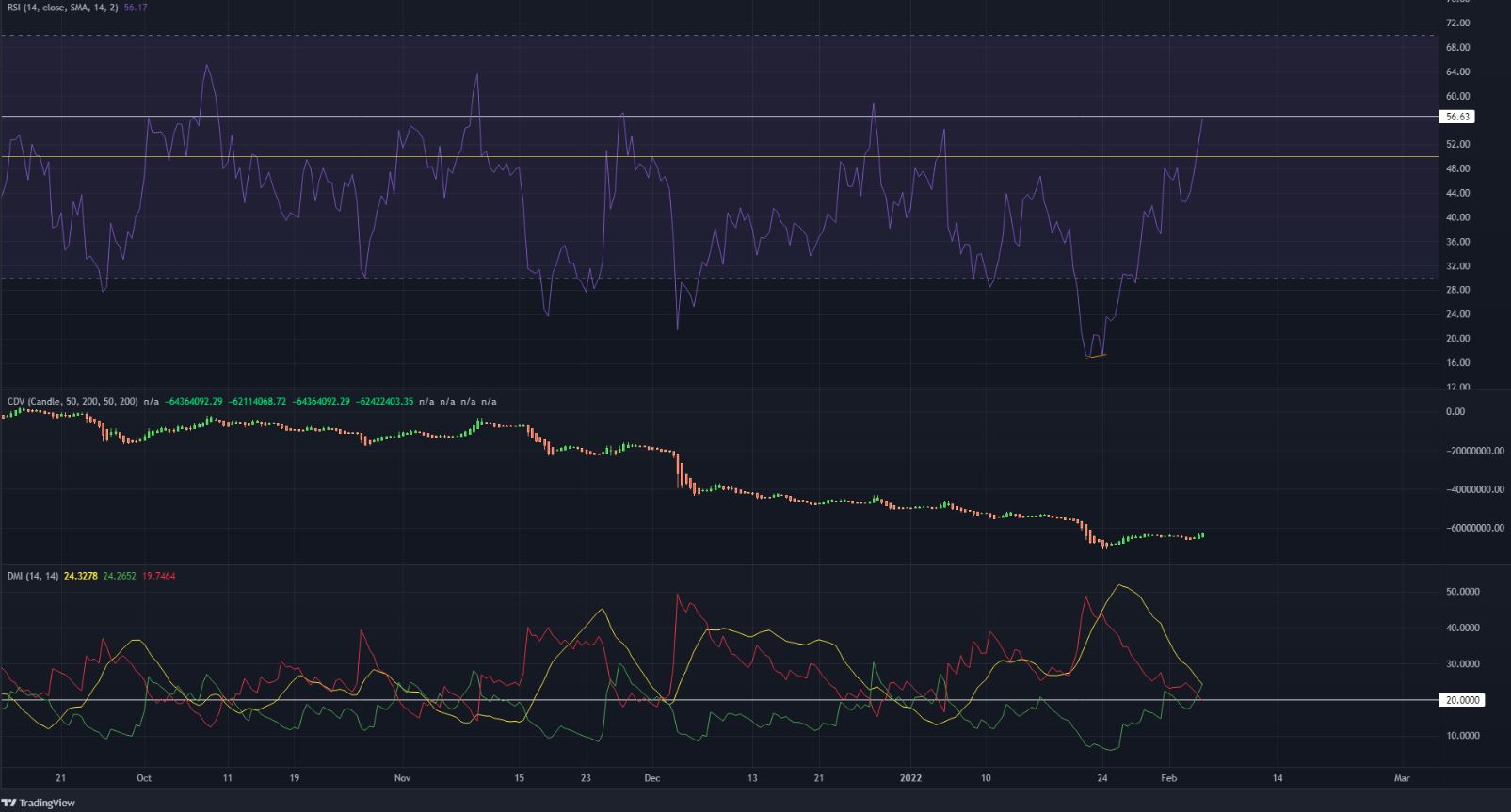 The indicators did not yet show a longer-term trend change was established for FIL. The RSI on the 12-hour chart formed a bullish divergence last month, in the oversold region. Since then the RSI has climbed steadily and broken out past the neutral 50 line, although it could be rejected at the 57 or 60 values on the RSI, which has happened in the past.

The CDV did show a decent buying volume on FIL’s recent move upward, but not enough to flip break the downtrend yet. Similarly, the Directional Movement Index showed that the strong bearish trend of the past month might have changed, as the +DI (green) crossed above the 20 mark while the ADX was also above it. This was a reflection of the steady gains of the past couple of weeks.

The longer-term downtrend was yet unbroken, but Filecoin could run higher to the $27 and the $32 levels. Flipping these levels to support would lend evidence to a change in trend.

Here’s why Thailand has all the right spices for crypto deals, mining & ventures