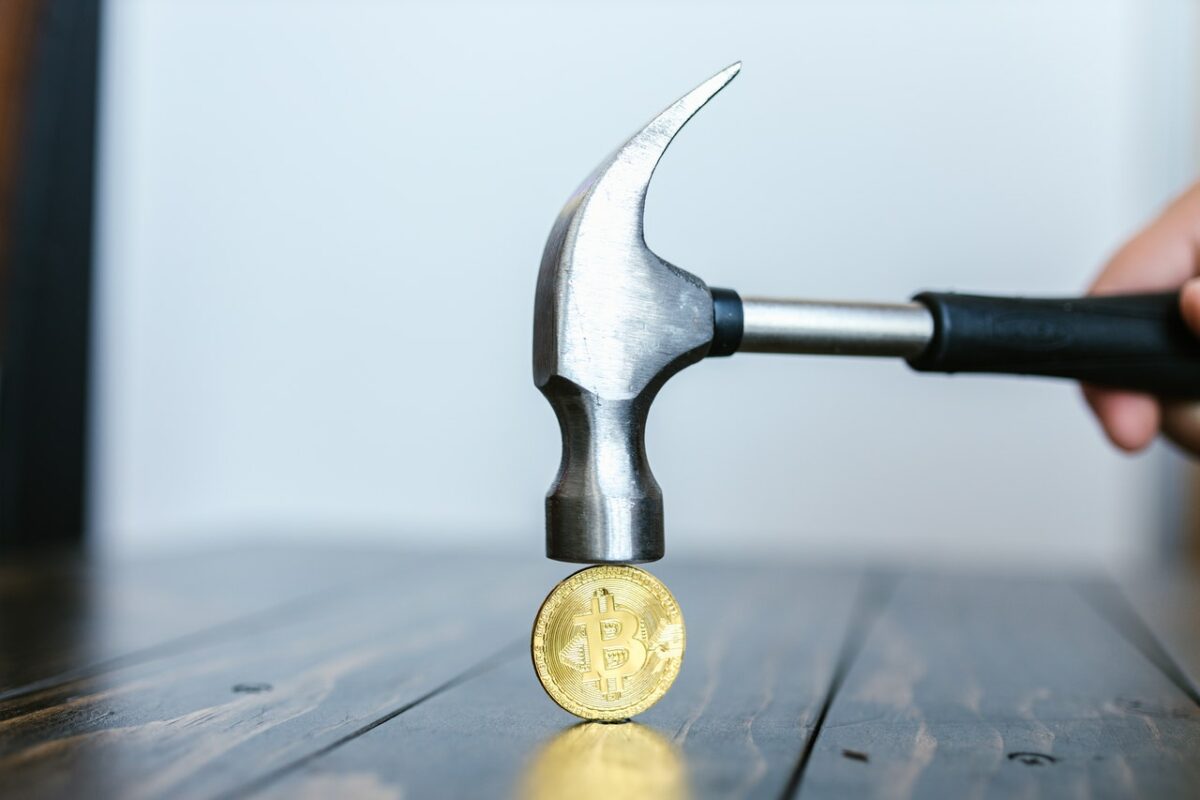 Over the last week, several attempts have been made by the king coin to establish itself above $50,000. However, all efforts seemed to have gone in vain. Its price action has been restricted around $49,000, with the $47,900-level acting as a lower short-term support.

In many ways, Bitcoin’s trajectory presents a classic case of chaos and confusion in the market.

At the time of writing, BTC was trading at $49,112, having seen daily gains of 1.41%. However, before BTC’s mid-short-term price trajectory can be analyzed, it is crucial to look at what happened last week.

Over the last week, when many expected the king coin to head for recovery, there was a noticeable rise in network activity.

Bitcoin saw a close to 3% decrease in transactions and new addresses week-over-week. However, there was a near 4% jump in active addresses and an almost 5% hike in active supply. 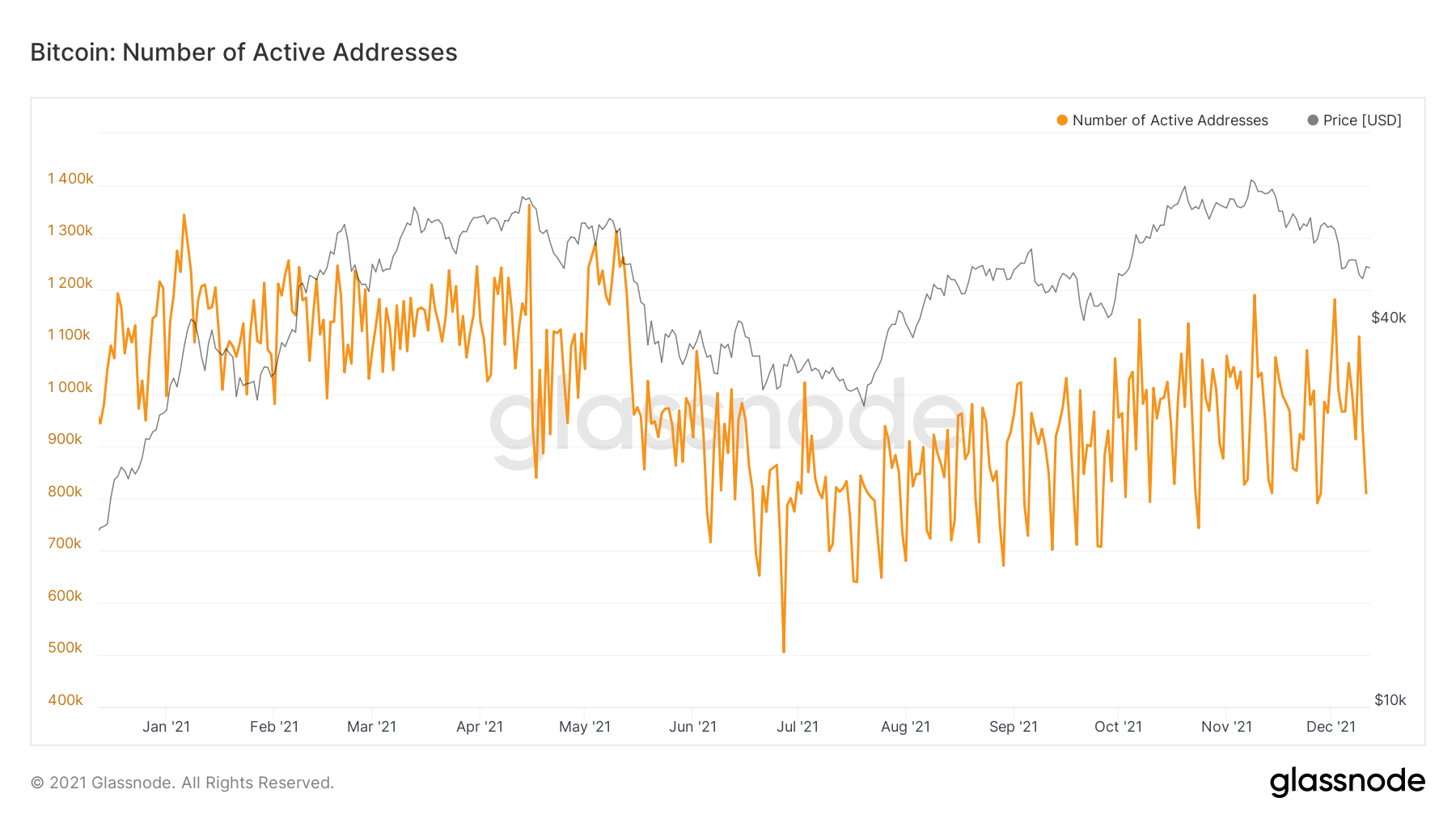 The aforementioned trends were suggestive of heightened network demand from existing market participants, rather than new players.

Furthermore, as BTC’s market cap fell by almost 1% to drop below $1 trillion, there was a minor -0.1% pullback in BTC’s hash rate. The network saw a whopping 16% jump in hash power to near-record levels of 181.77 EH/s. Bitcoin’s next difficulty adjustment is scheduled for 12 December and is expected to be a positive change of roughly +7.8%.

That being said, BTC wallets holding more than 1,000 Bitcoin were down by 1.36% over the week, potentially indicating profit-taking among larger players.

With the price action looking stagnant, this seemed to suggest confusion among market participants.

Bitcoin’s trader sentiment had dropped into bearish territory over the last couple of days as people became increasingly skeptical of a return to mid-November price levels.

However, historically, negative sentiments are an early sign of a BTC price bottom. So, could the $48K range be this cycle’s price bottom? 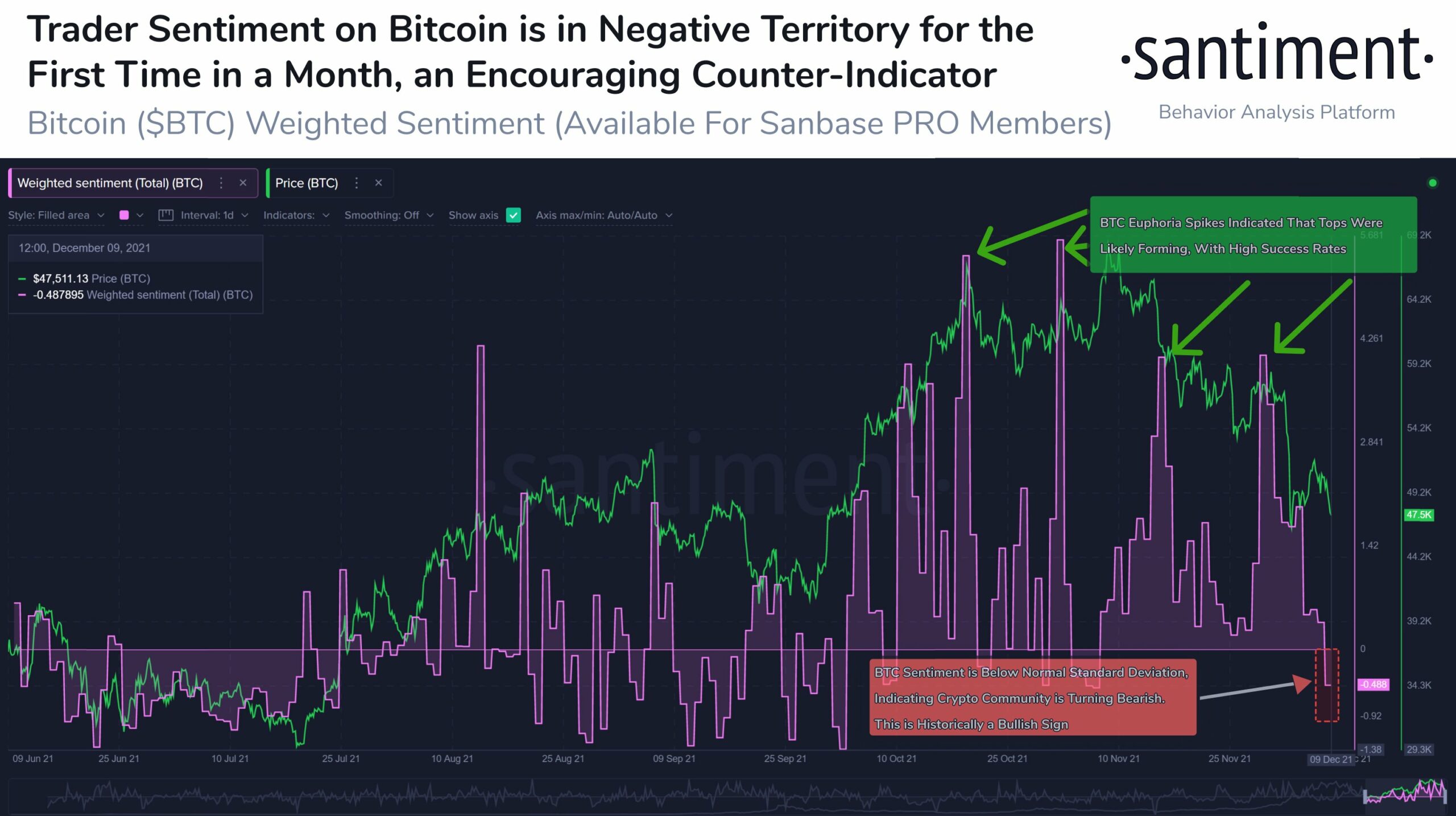 First of all, when the Open Interest and funding rate were analyzed, the latter was negative but close to 0, at press time.

Bitcoin Futures Open Interest and funding rates have been negative on several major exchanges. And generally, after such negative levels are hit, we can see an increase in price.

Here, it must also be pointed out that the redeemed Stablecoin index hit an ATH. This could mean that whales are cashing out ahead of the market’s volatility, in response to the 16 December FOMC announcement.

Seems like going forward, BTC’s price could face uncertainties owing to the wider market’s dynamics. For now, however, BTC’s price will need to establish itself above $50k before any recovery is in place.

Assessing the odds of a possible XRP breakout towards $1

AscendEX reportedly loses ~$78M after its hot wallet is compromised