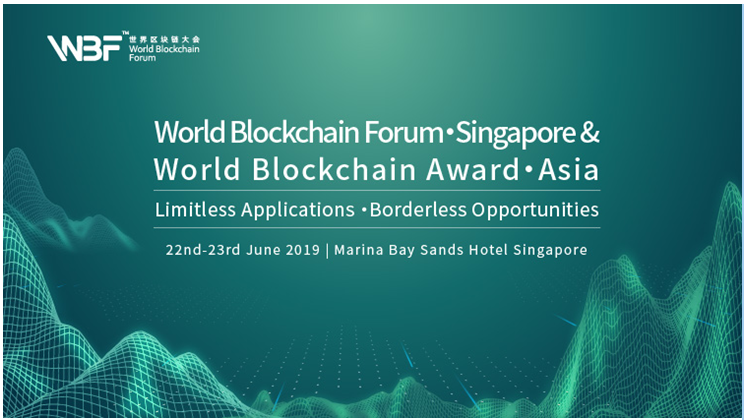 World Blockchain Forum · Singapore & World Blockchain Award · Asia will be held on 22nd – 23rd June 2019 at Marina Bay Sands Singapore. The event will be Organized by World Blockchain Forum [WBF], co-hosted by World Blockchain Award [WBA] & World Blockchain Media Alliance [WBMA] and supported by USA-China General Chamber of Commerce.
With successful experience from past five series forums, 5000 elites are expected to participate in this year’s Asia’s leading event. The delegates include governments’ authorities, institutions, regulators, investors, blockchain projects, Fin-tech practitioners and media etc. WBF aims to aggregate the top minds of the globe to discuss the latest trends and innovations of the blockchain industry; as well as recognize and reward contributors in order to facilitate the development of the blockchain industry.
Since establishing in New York in 2017, WBF has hosted a series of conferences in multiple destinations including London in March 2018, Singapore in June 2018, Jeju in September 2018 and New York in November 2018.
And WBF Shenzhen was closed perfectly on 11th January 2019, representing the official launch of WBF’s series of events in 2019. WBF has a mature strategic global deployment for the upcoming year and aims to regularly provide high-quality projects and events.