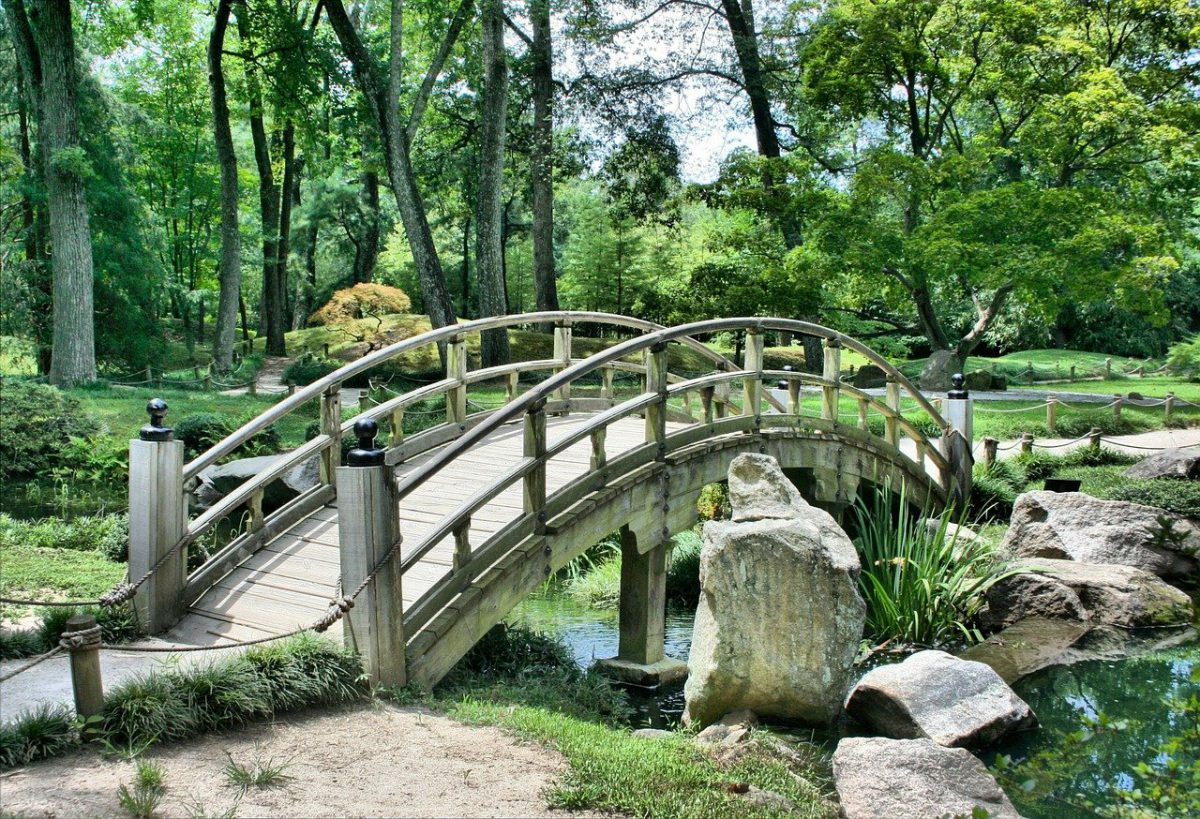 XRP’s price recovered from the blow dealt by news of the SEC lawsuit on December 22 to trade at $0.56. Monero surged after exhibiting a bullish divergence while Basic Attention Token hovered above a level of support. 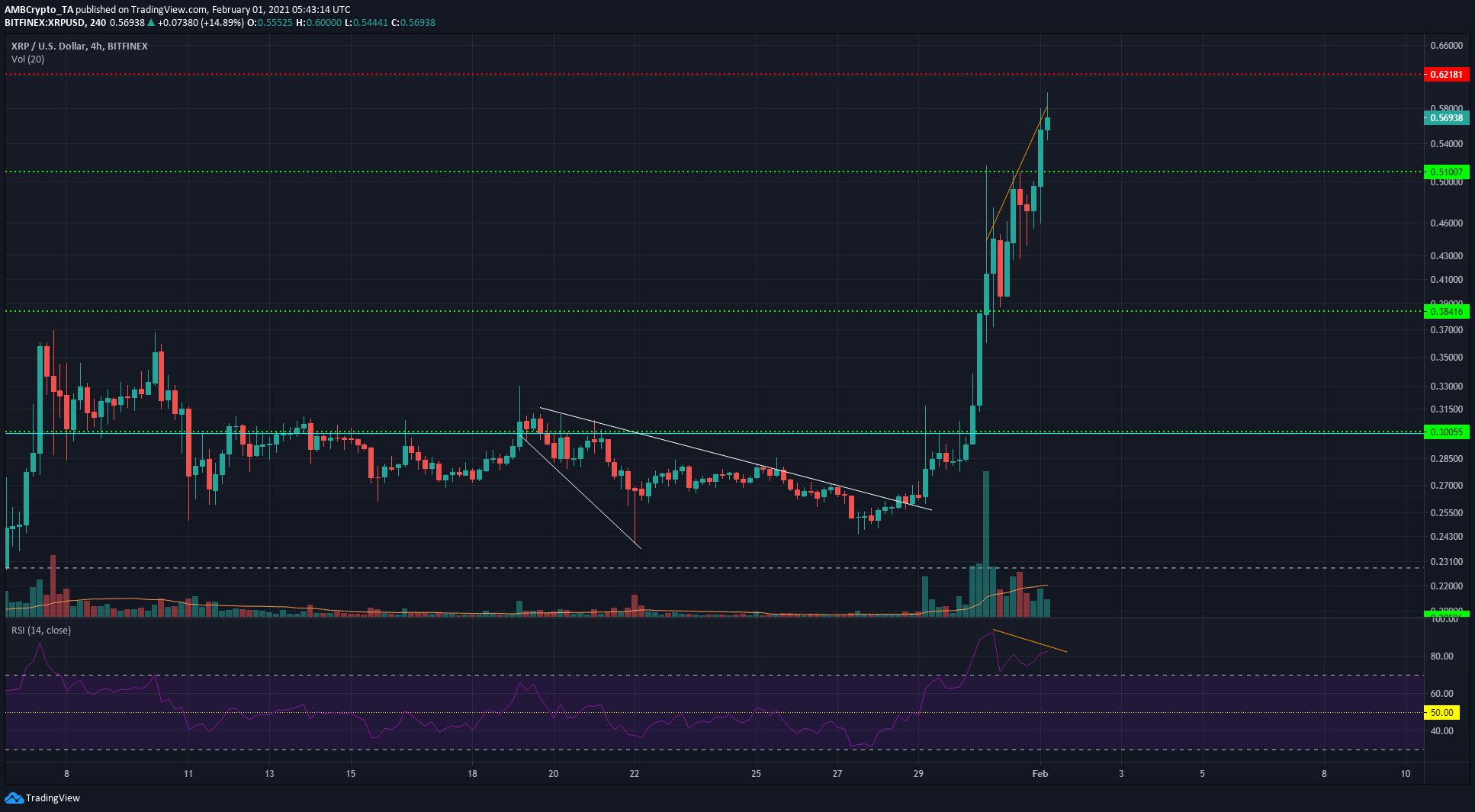 On December 22nd, XRP was trading at $0.53. News of the SEC lawsuit saw XRP plunge to $0.22 in a span of 24 hours, a 60% drop. Since then, XRP attempted to breakout past the $0.3 resistance multiple times and finally succeeded over the past few hours.

Not only did XRP manage a breakout, but it also posted gains of nearly 100% over the past two days. It could rise further, even though a bearish divergence was seen on the charts.

The price made higher highs while the momentum indicator (RSI) made lower highs. A divergence can’t be used to time an entry into a trade, however. A Doji candle formation on high volume on a larger timeframe (12-hour or daily) will be the most reliable indicator of an imminent pullback for XRP. 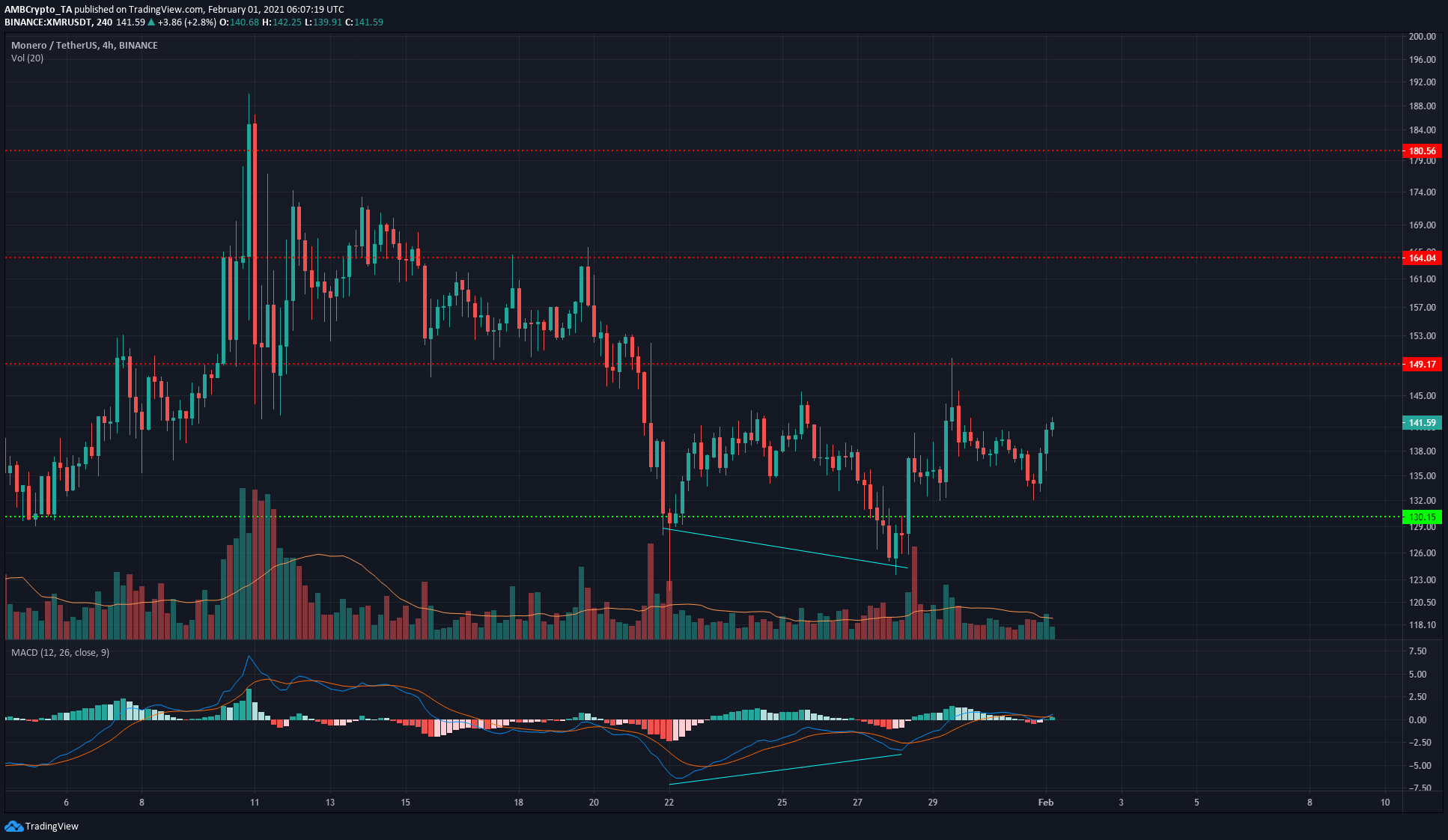 The $130 level has been of significant importance to XMR. The level appeared to have been lost to the bears, but a bullish divergence was exhibited on the 4-hour charts and bulls were quick to capitalize on the disagreement and convert the $130 level back to support.

Subsequently, XMR surged to touch $150 and at the time of writing was trading at $141. The MACD climbed back above the zero line and also formed a bullish crossover to denote momentum was back in favor of the bulls.

The $149 level of resistance is likely to be tested once more for XMR. 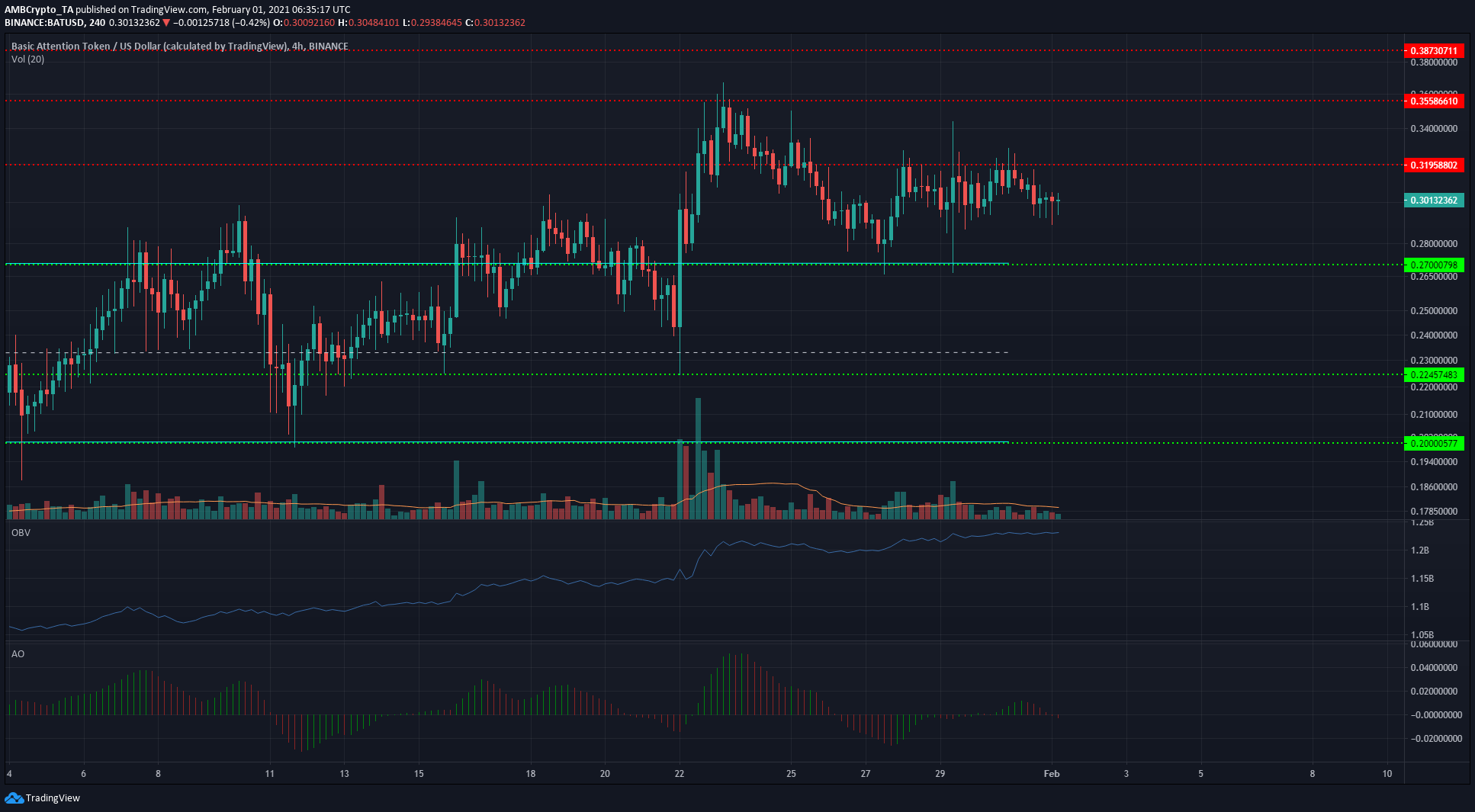 Basic Attention Token broke out of a range and achieved the projected upside target at $0.35 but was forced to pull back and at the time of writing was trading at $0.3.

The OBV shows that the buying volume far outweighed the selling volume, even during periods when BAT was forced to retreat. This indicated that BAT was headed to $0.35 once more, but the timing is more uncertain.

The Awesome Oscillator crossed over beneath the zero line to denote short-term bearish pressure. Bulls would seek to defend $0.3, and losing this level could see BAT retest the $0.27 level as support.