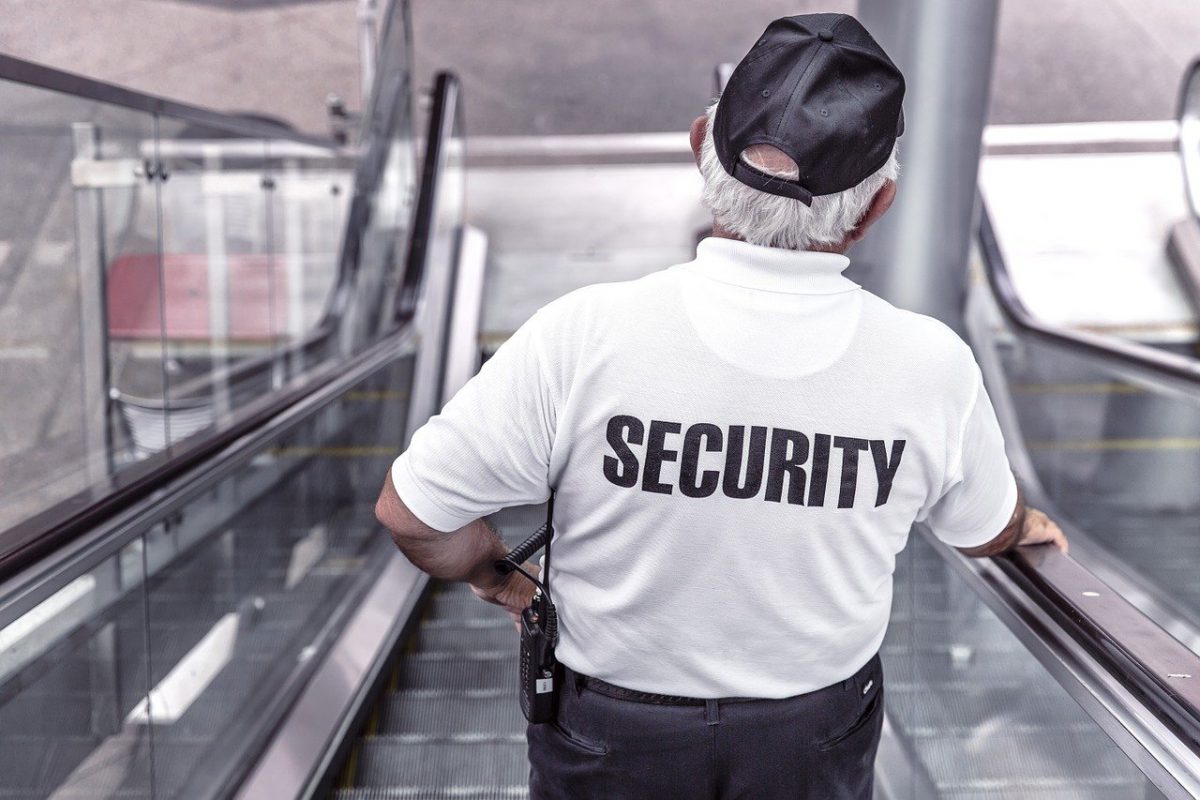 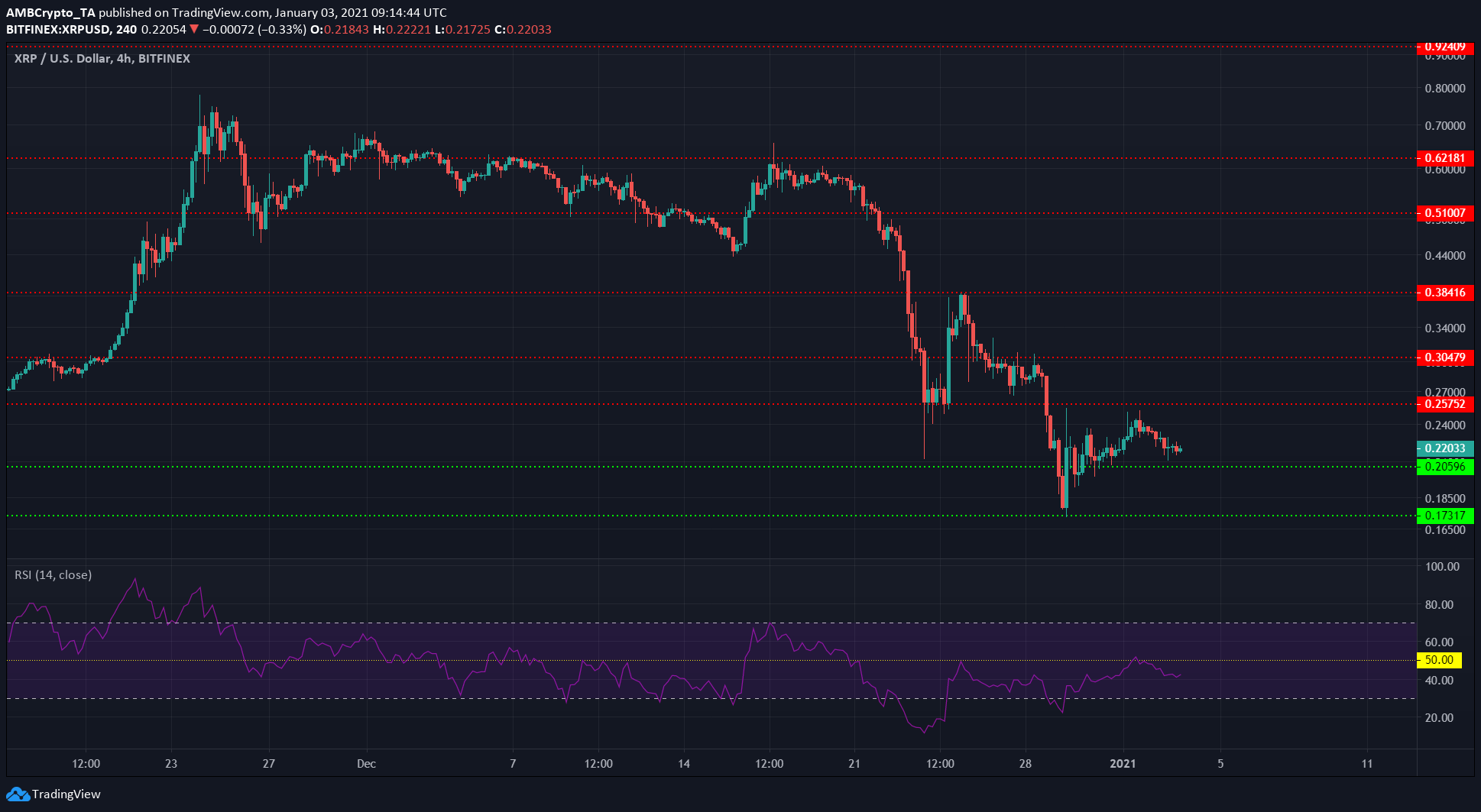 XRP saw a dead cat bounce off the $0.17 level of support and saw a candlewick rise as high as $0.25 resistance before sellers forced the price back down.

The $0.25 resistance and the $0.2 support are the most important levels for XRP at the time of writing, and XRP slowly sliding back beneath the $0.23 mark was a signal of bearish sentiment.

The RSI showed a downtrend in progress as the cryptocurrency/security struggled to maintain its value in the market amidst a wave of delistings.

Ripple supporters filed an online petition to the White House to “ask the Federal Government to deem XRP a currency” and have 11,500 signatures but need 100,000 signees to get a response from the White House. 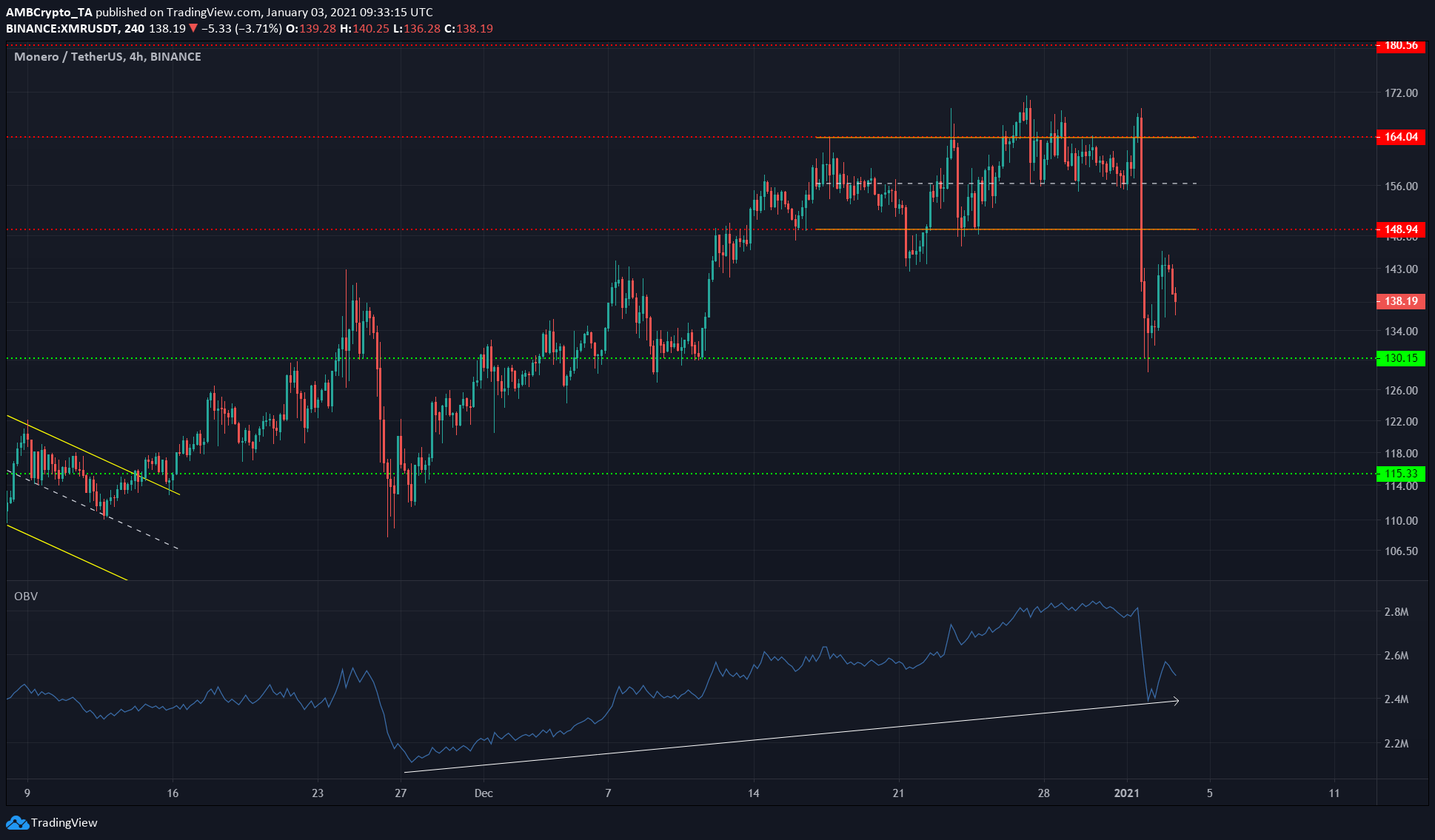 The OBV took a hit as panic selling forced the price to lose nearly 23% in value before a bounce. However, it was not enough selling to outweigh the buying volume behind XMR on the gains made over recent weeks.

Losing the $130 level would herald a move to $115 for XMR, while some consolidation in the vicinity of $130 or $140 could see the bearish sentiment slowly fade.

CEO of KrakenFX, Jesse Powell, noted that the Monero delisting by Bittrex was more likely due to something specific on the business side for Bittrex exchange, meaning that a wave of delisting will not follow XMR like it did XRP. 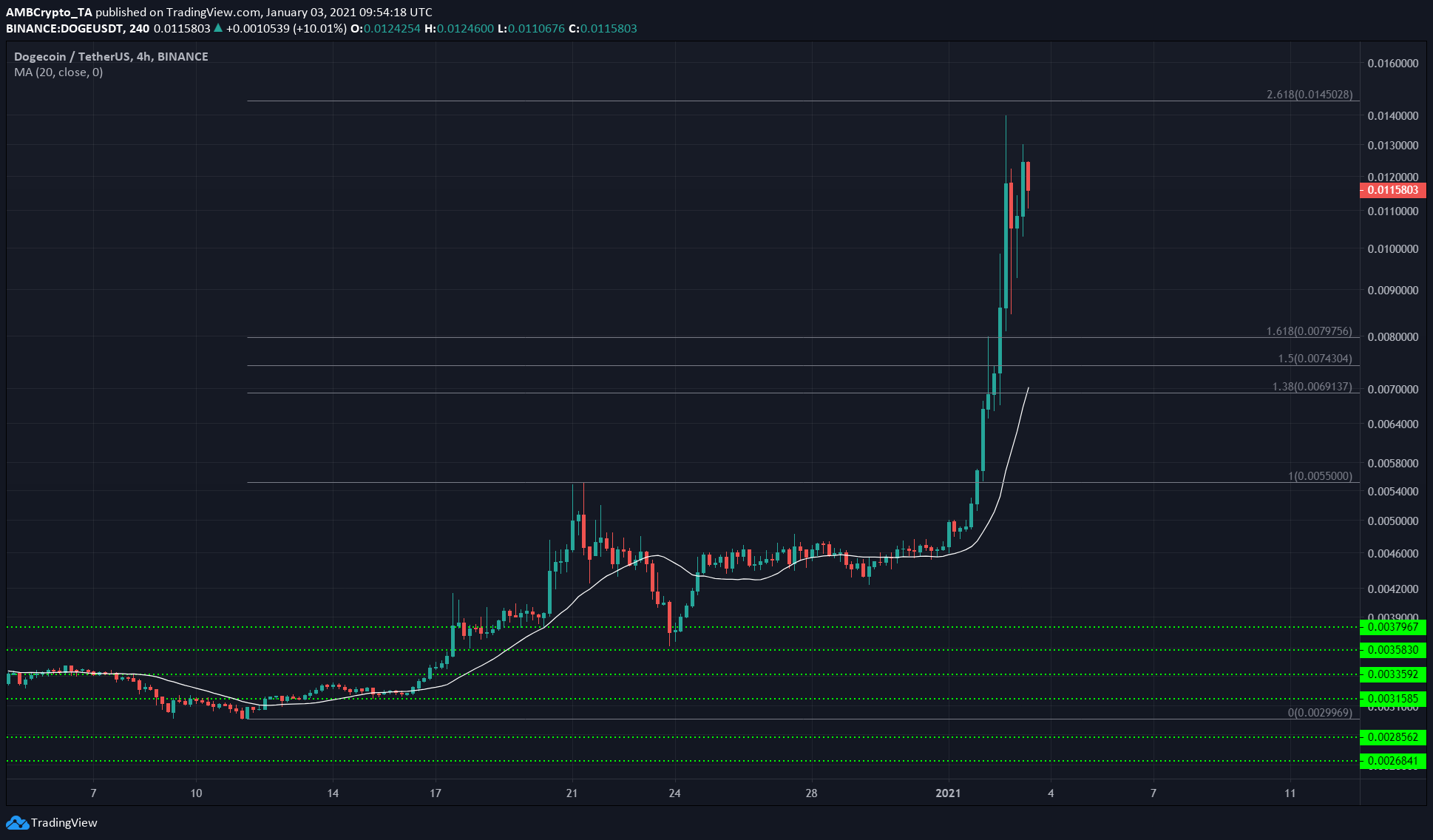 The 20 SMA on even the 4-hour chart was at a laughable distance behind the price. The 61.8% Fibonacci extension level saw a brief pullback but DOGE rocketed past it a few hours later and nearly reached the next extension level, which lies 261.8% above the swing low DOGE established nearly three weeks ago.

Timing a short for DOGE might invite losses, instead, pullbacks can be used to enter long positions. Only the Stochastic RSI indicator showed a pullback for DOGE.

The momentum indicators were wildly overbought but indicators do not outweigh sentiment in the market.