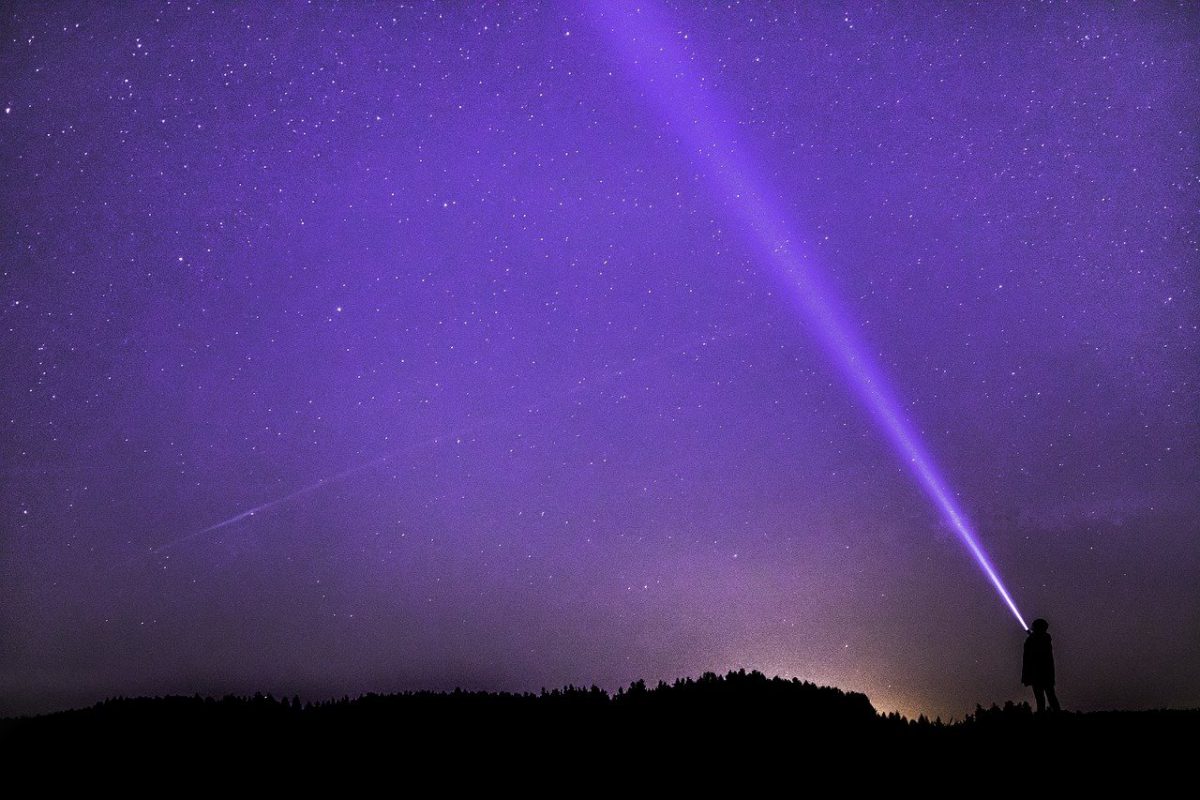 In anticipation of the airdrop of Spark tokens, the number of addresses holding XRP rose dramatically recently. At the time of writing, it was still unclear what effect this development would have on the cryptocurrency’s price.

Further down the crypto-ladder, while NEM witnessed a bullish reversal and tested the $0.252-resistance level, VeChain registered a bullish divergence on the hourly timeframe. 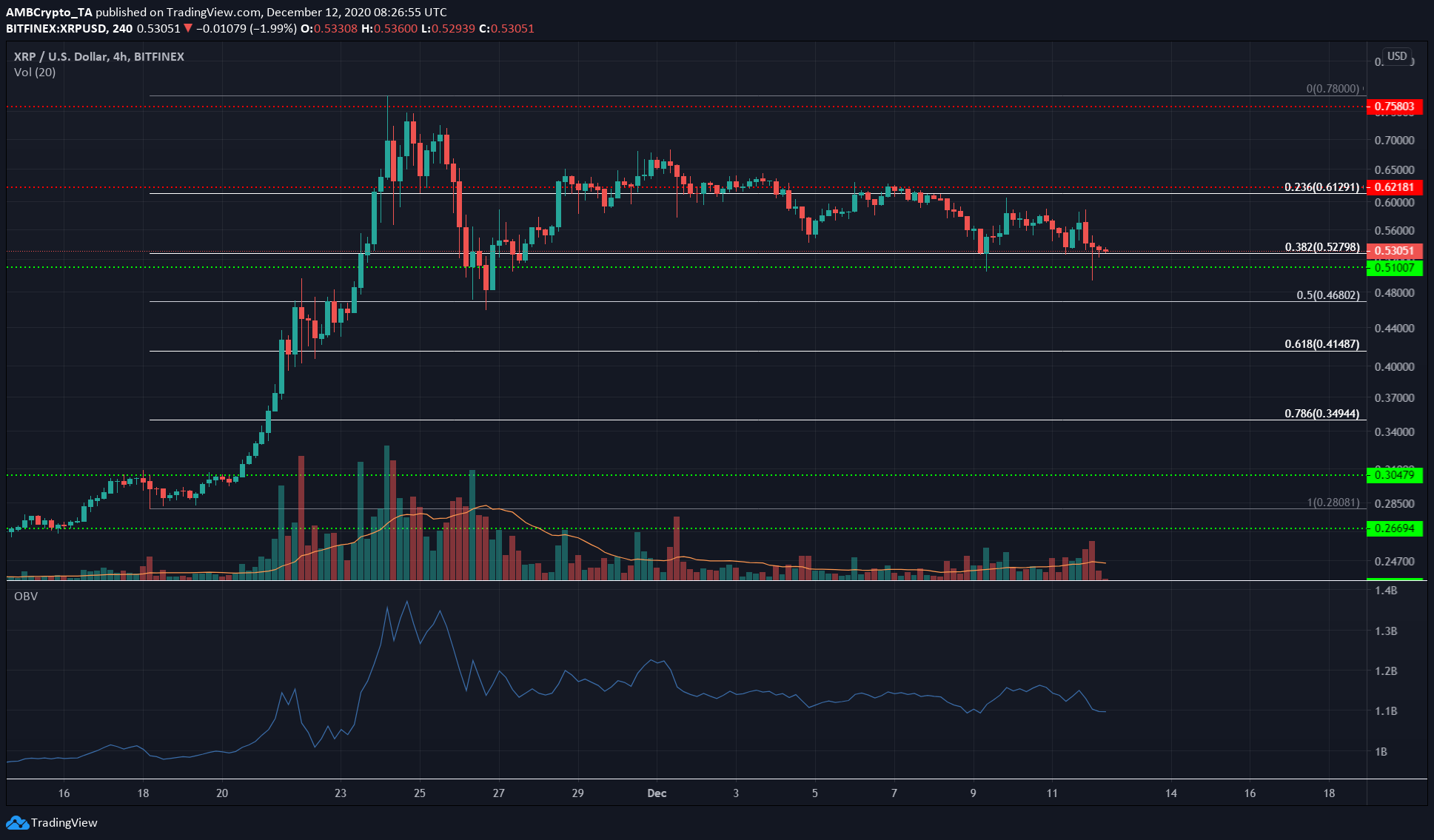 XRP recorded gradual losses over the past couple of weeks. The horizontal and the Fibonacci Retracement levels highlighted some levels that XRP would find support at.

The OBV also registered lower highs to show that selling volume outweighed buying volume over the past few days. The trading volume per session has been low, but it picked up in the few hours before press time.

At the time of writing, XRP perpetuals had a 0.393% funding rate on Huobi Futures, and a 0.065% funding rate on Binance Futures, two of the largest exchanges going by XRP derivatives Open Interest. The positive funding rate suggested that there were far more short positions open, and shed a light on the sentiment of market participants. 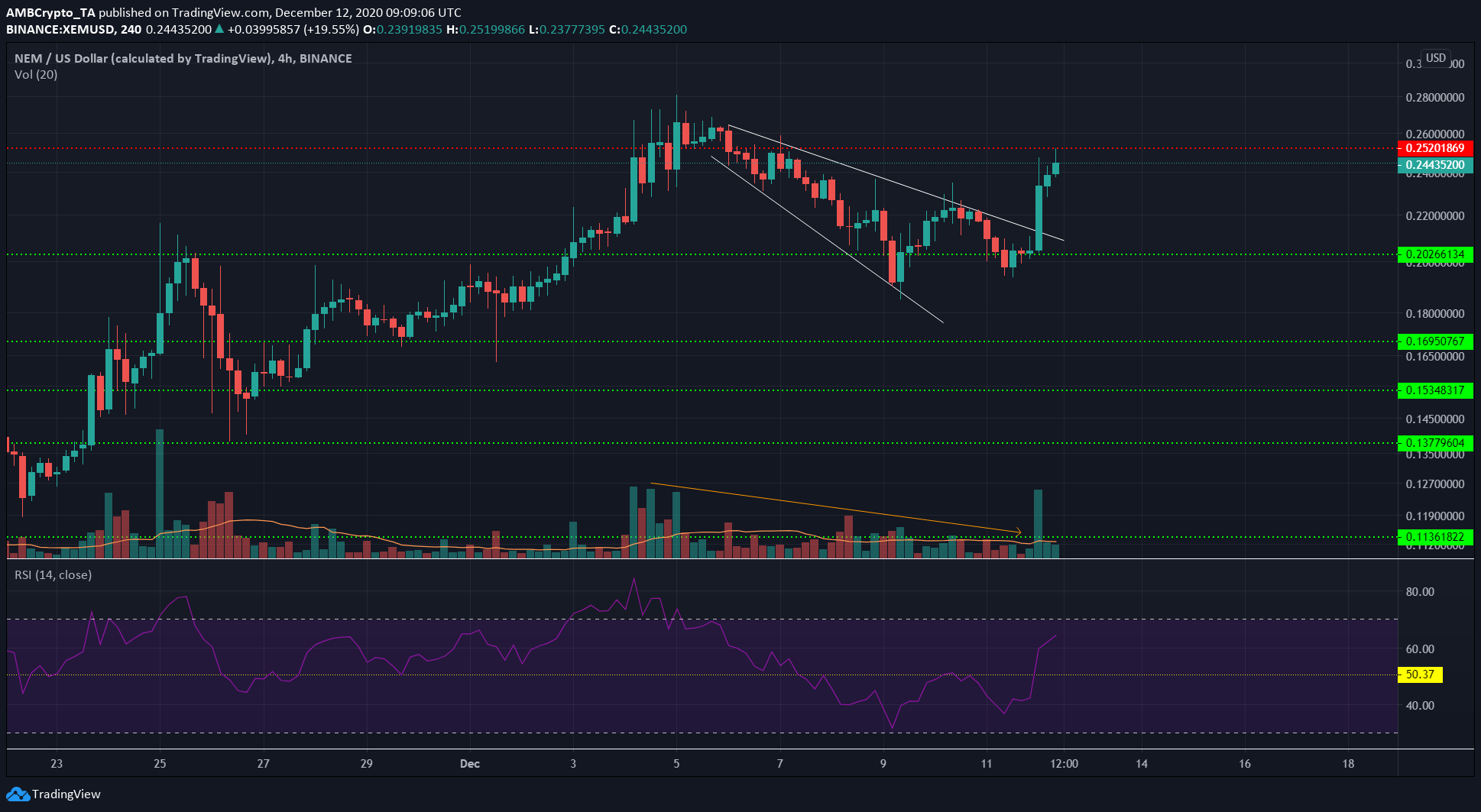 XEM formed a descending broadening wedge on the charts. The trading volume was trending lower when the price was within the pattern as well, suggesting that a possible breakout was imminent.

Subsequently, a breakout to the upside was accompanied by high trading volume, a movement that saw the price test the level of resistance at $0.252. This was the price target, being the highest peak of the wedge on the chart.

The RSI also climbed above the 50-neutral line and a rise past the resistance level could initiate a short-term uptrend for XEM. 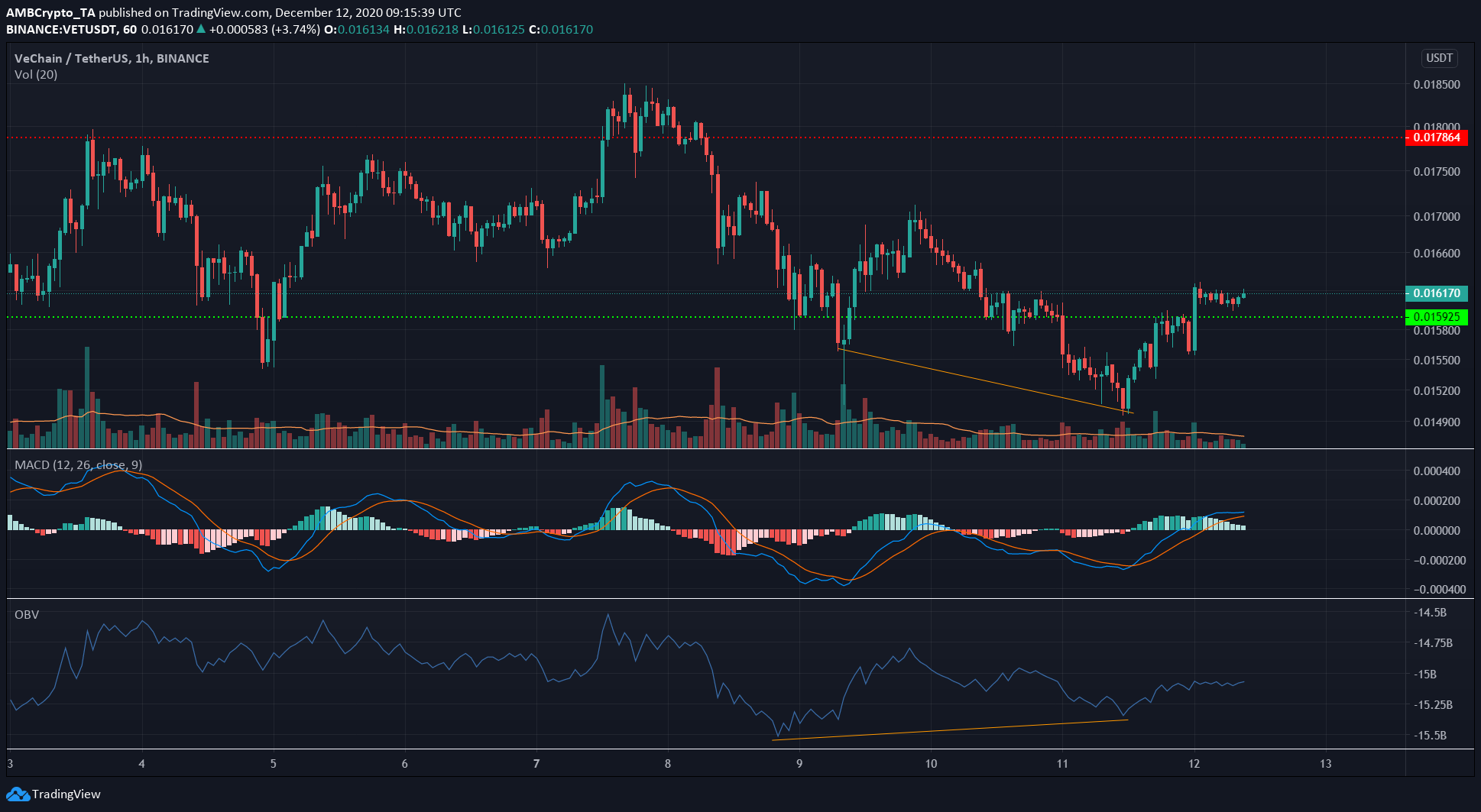 On the 1-hour timeframe, there was a bullish divergence between the price and the OBV. The price formed a lower low while the OBV formed a higher low.

VET has since ascended past the $0.0159-level, while the OBV continued to register higher lows over the past 24 hours.

While the trading volume was low in recent trading sessions, the interest from buyers showed that VET was likely to defend the level of support from bears.

The MACD formed a bullish crossover and also climbed above zero to highlight the bullish strength of the past few hours.

In other news, VeChain revealed that significant progress had been made so far in its work towards implementing a Proof of Authority (PoA) 2.0 consensus algorithm that would aid faster transaction confirmation.