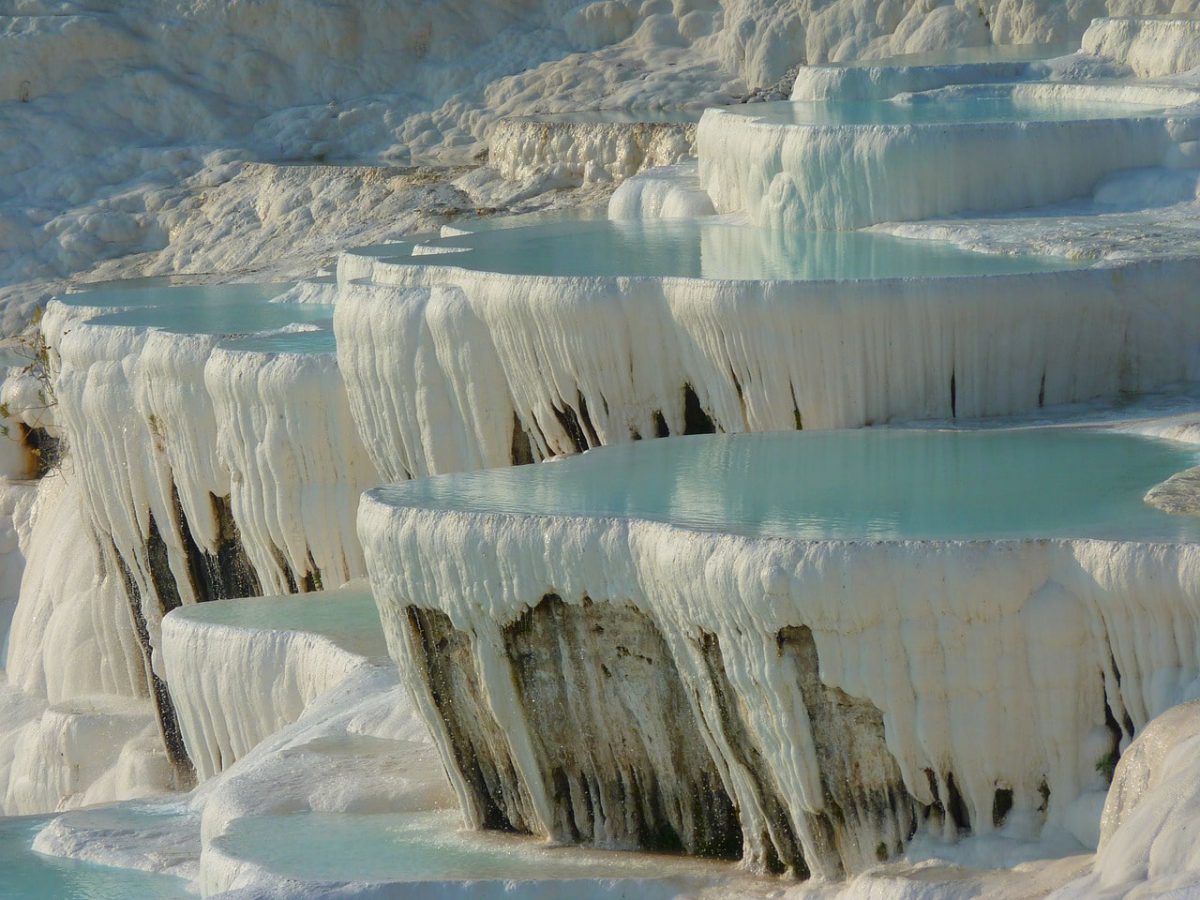 XRP has registered strong gains over the past few days, with the alt jumping from $0.58 to touch $1.11 on the charts, before retracing some of those gains. At the time of writing, XRP was holding on to the strong support at $0.925 and formed a triangle pattern. However, the direction of its next move had not yet been confirmed, although it was expected to be upwards. 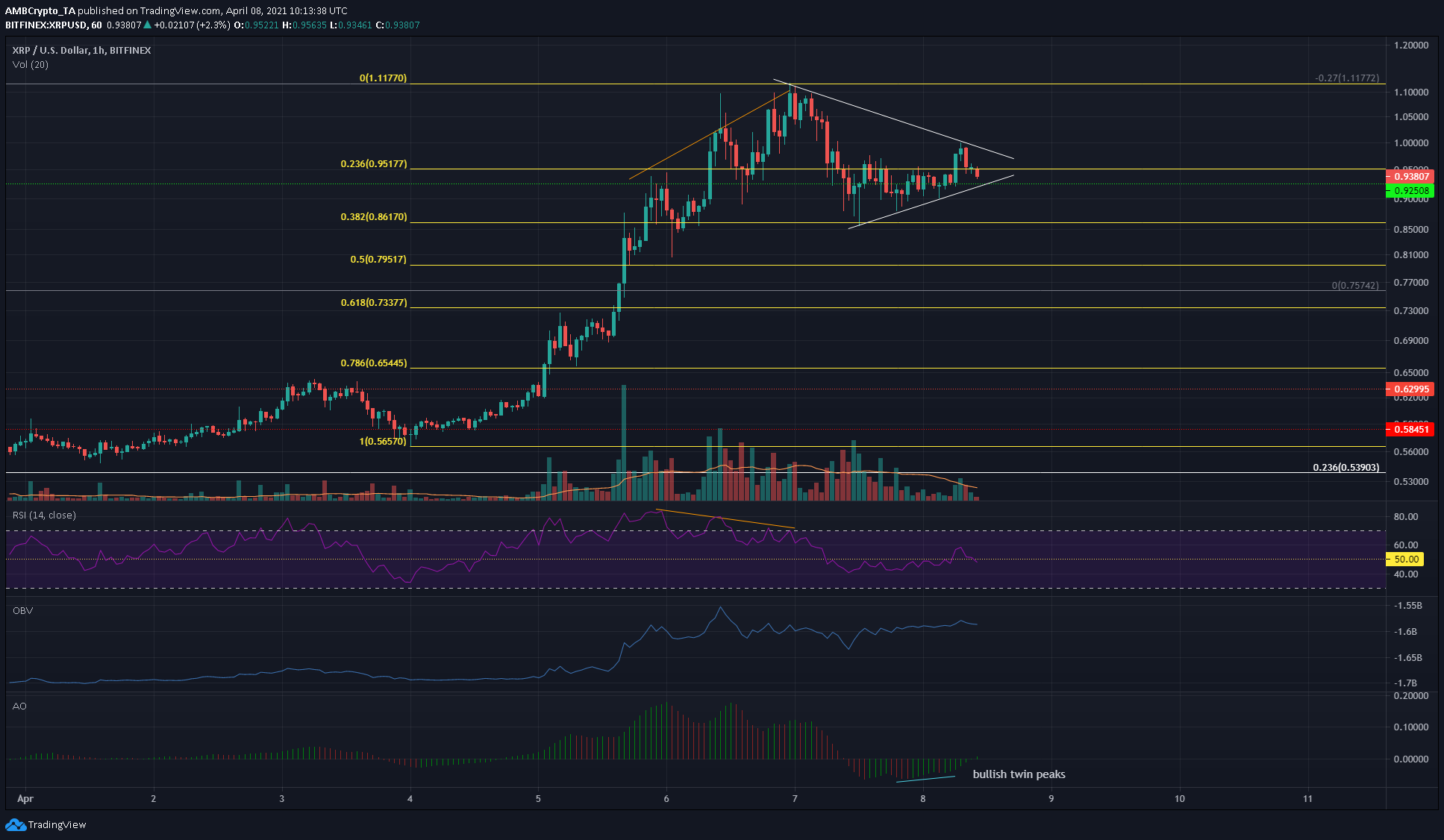 On the charts, a symmetrical triangle was spotted (white). This pattern can see the price break the trendlines in either direction. However, this pattern seemed to be a continuation pattern. Hence, the price would follow the direction of the previous trend, in this case, upwards.

The technical indicators showed some overextension before the corrections and appeared to signal that momentum was shifting back in the bulls’ favor once again.

There was a bearish divergence (orange) on the RSI preceding the fall to $0.86. Subsequent trading sessions saw bullish twin peaks form on the Awesome Oscillator. This was a buy signal and the AO also crossed above the zero line.

However, XRP had not yet broken out of the triangle pattern. A dip to the $0.88-$0.9 region can be seen to hunt for stop-loss orders before a breakout past $0.95.

There was also a slight chance that XRP will continue to trade sideways in the coming days. Unlikely, but possible, and this consolidation would be a chance to add to spot positions on the asset.

What you should know about DOT, XLM, TRX, and FIL being in the buy zone

Binance Coin, Dogecoin, Maker: What’s in store for the week ahead