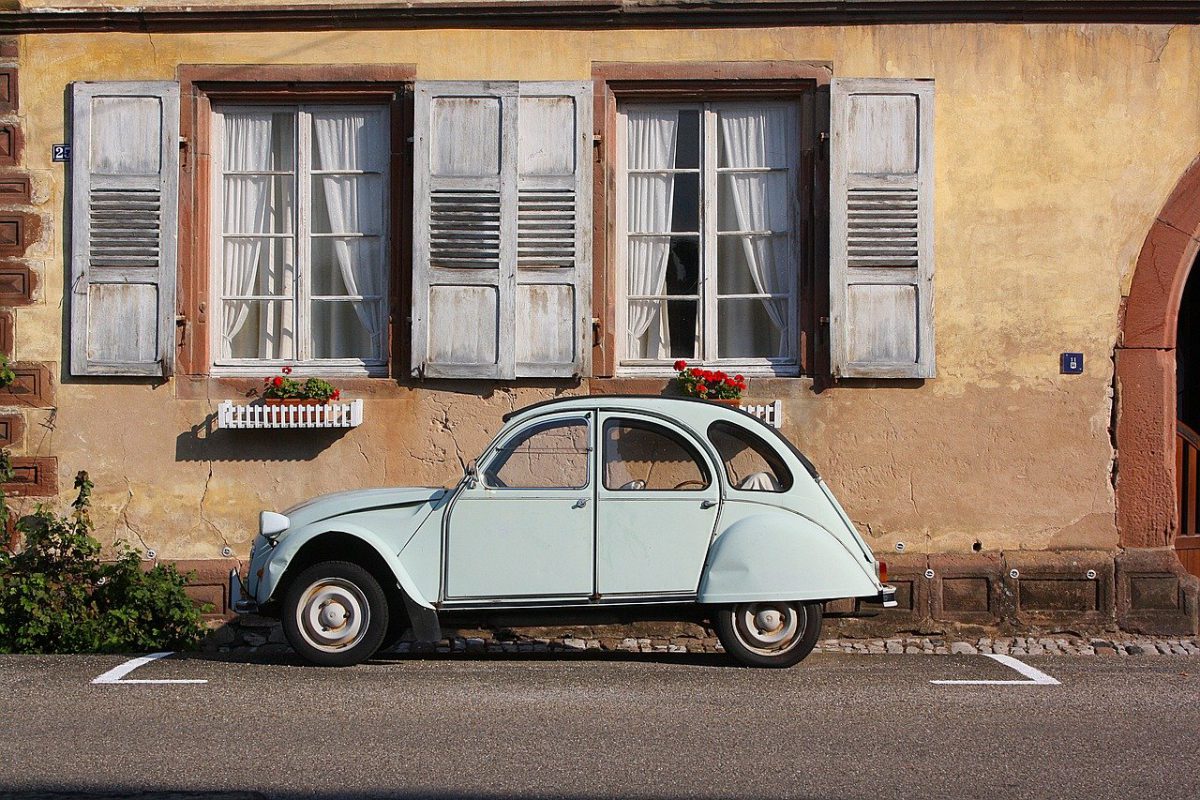 XRP consolidated under the $0.3-level of resistance on the price charts. In fact, it fell under this level in late December following news of the SEC lawsuit against Ripple, one that legally contests the question of whether XRP is a security or not. News of its delisting on multiple exchanges did the price no favors either. However, since then, it has been forming a series of higher lows, with XRP likely to see a breakout. 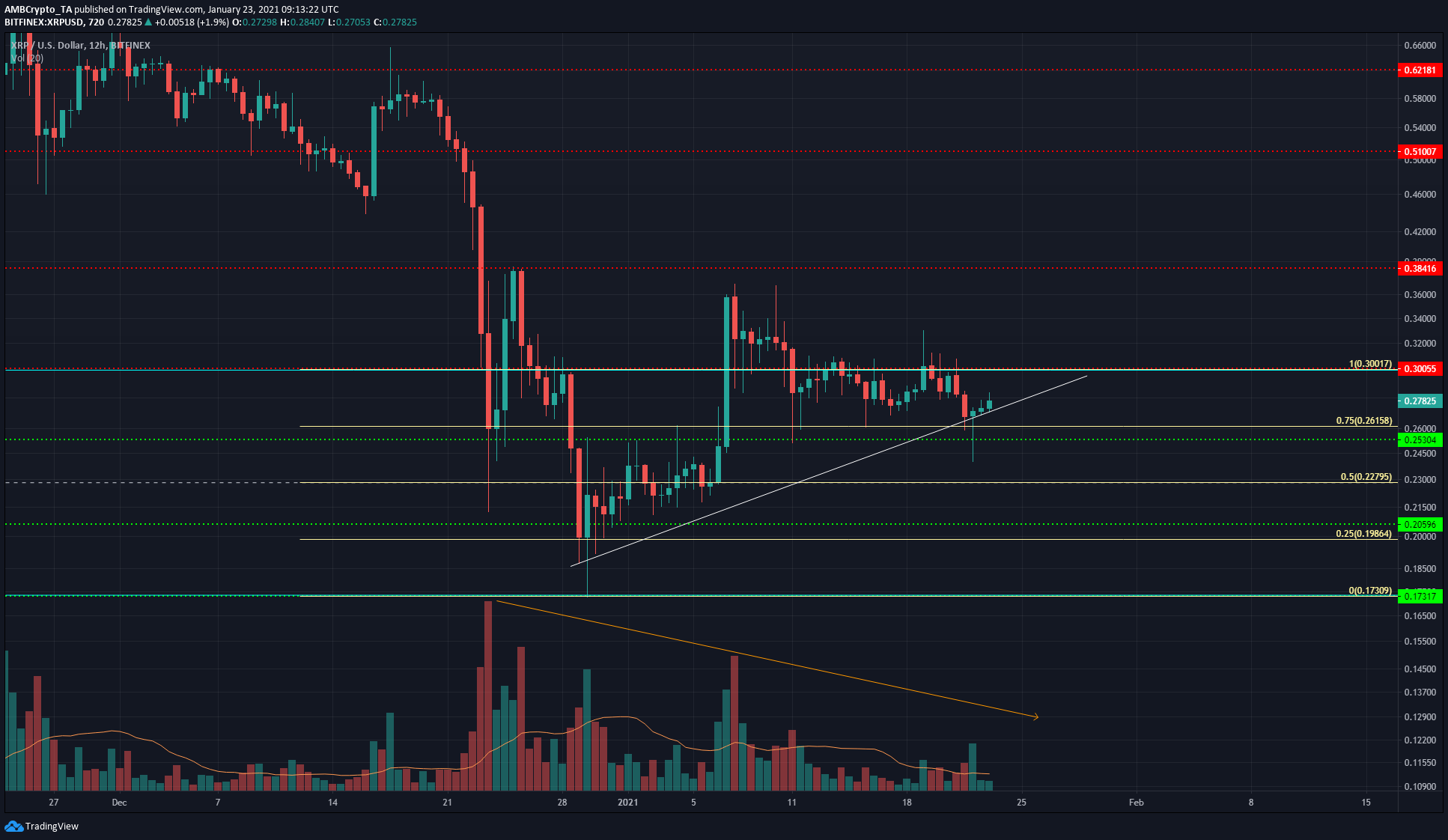 The series of higher lows, combined with multiple rejections at the $0.3-level, formed an imperfect ascending triangle pattern. A move above this level of resistance was pushed back lower, and following the same, the crypto’s price consolidated under the $0.3-level. The past two weeks saw XRP range between $0.26 and $0.3. At the time of writing, the price was nearing the mid-point of this smaller range.

Further, the trading volume was continuing to trend lower, indicating that the market was gathering steam for a decisive move. Ergo, XRP could see strong rejection at its resistance level, or a breakout and retest of $0.3 to flip it to support.

The indicators registered neutral momentum for XRP. The RSI was just under 50, and failure to rise above the same in the coming days will be accompanied by a drop in prices as well. Further, the Awesome Oscillator also exhibited very weak bearish momentum.

However, the Stochastic RSI was correcting from the oversold territory. Alongside the ascending triangle pattern – one which generally sees a bullish breakout – this indicated that XRP could see a move past this crucial level of resistance. If it does, the $0.36-level would be vital, and a rejection there would most likely see XRP plummet back under $0.3.

The OBV suggested that buying and selling volumes have been more or less equal over the past couple of weeks. A spike in either direction would point to a strong move ahead for XRP.

The falling prices of Bitcoin coincided with XRP’s failure to rise past $0.36. A recovery for Bitcoin could work favorably for XRP’s bulls. Even though U.S crypto-exchanges delisted XRP, Japan remains a staunch ally, and SBI Holdings have firmly rejected the token’s categorization as security.

In conclusion, technical indicators showed that XRP was primed for a strong move, one that might involve a lot of upside. A break past $0.3 would be hugely significant.