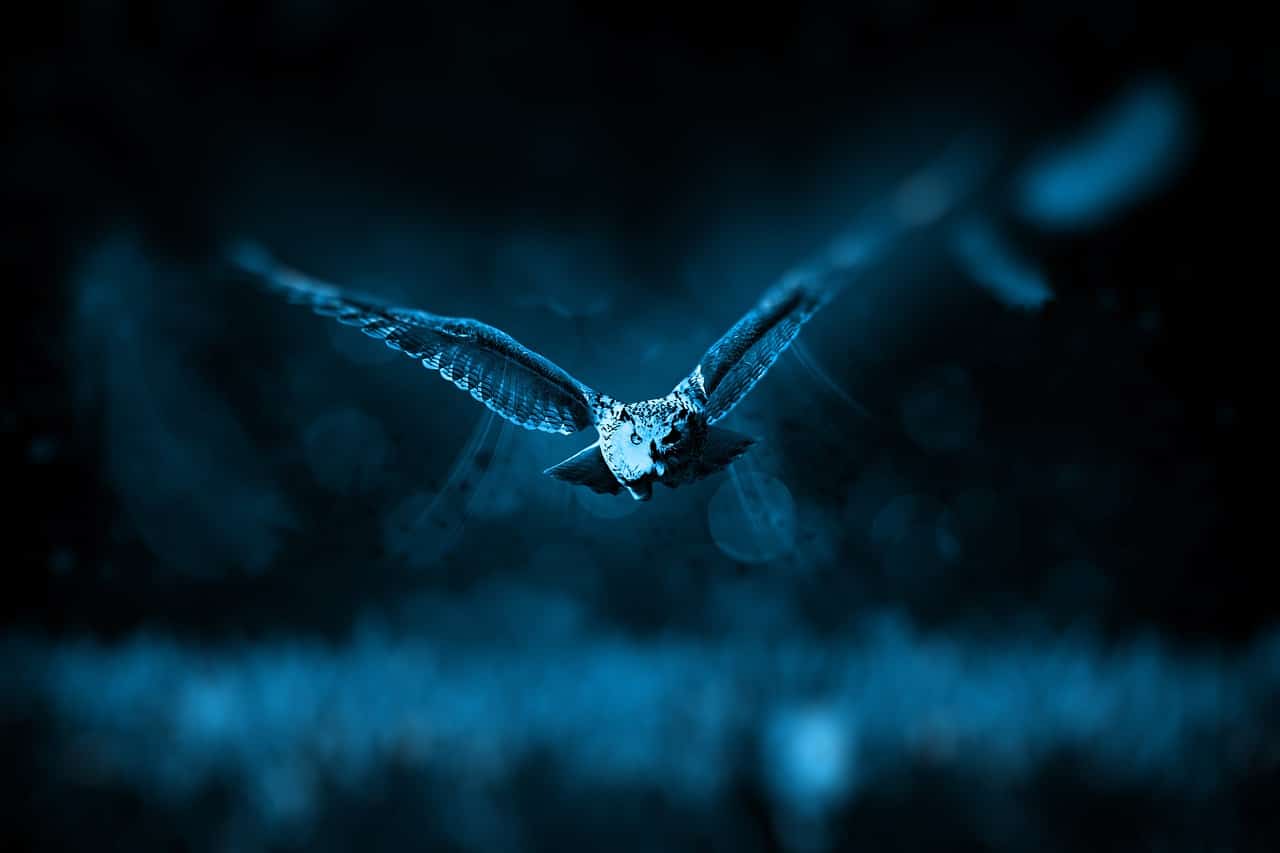 XRP traded within a range after the sell-off during the FTX saga. The lows of this range offered support once more in recent days, but it was likely that a move upward would offer sellers another opportunity.

Bitcoin has been extremely still in recent days. A breakout toward or past $18.2k for BTC could trigger a shift in sentiment across the altcoin market. Until then, it remained likely that shorting any bounces in price would be profitable. 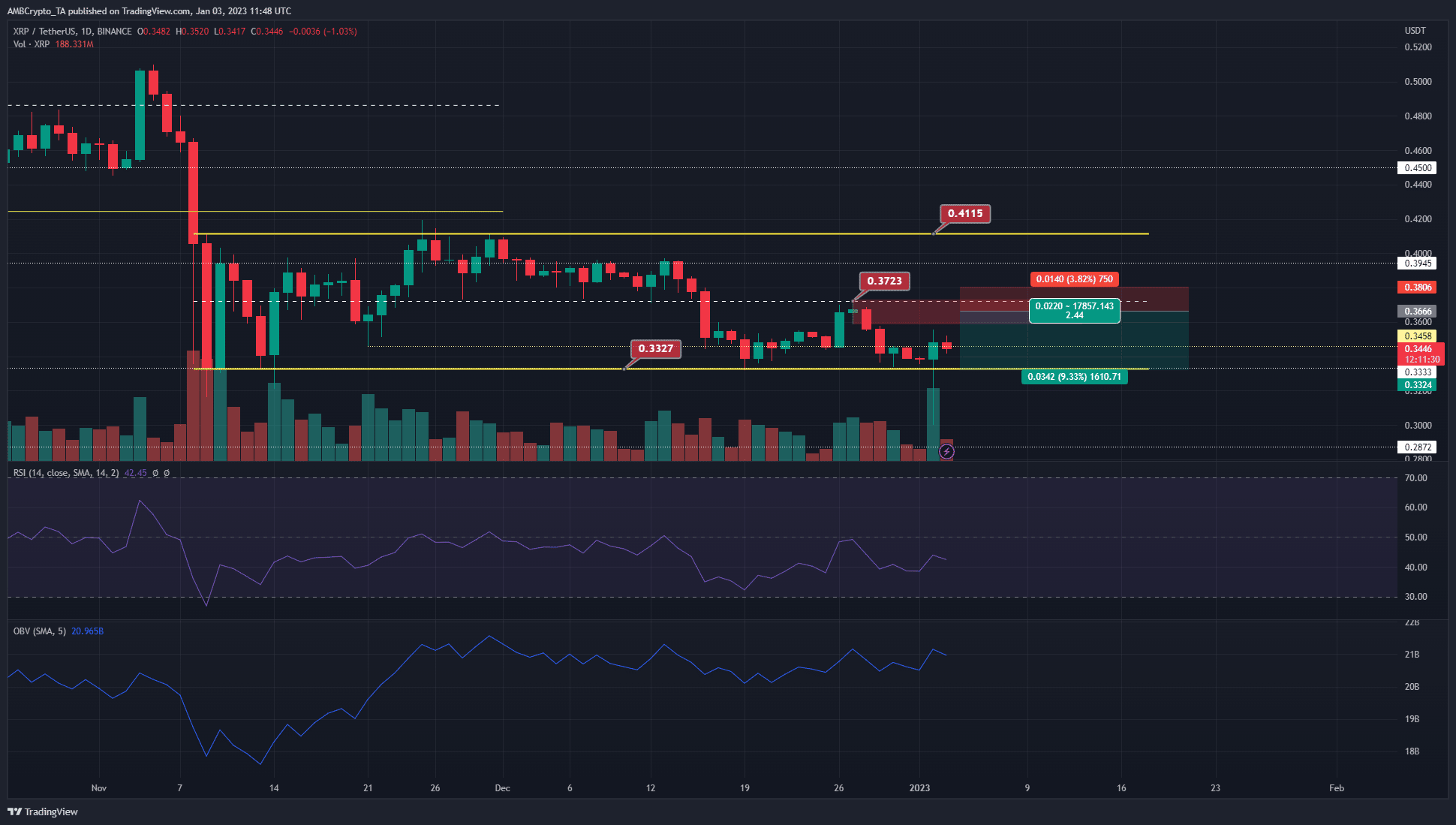 The market structure of XRP flipped bearish when the price slid beneath the mid-range mark at $0.37 on 16 December. Since then, the price has tested the range lows at $0.333 as support and bounced back to $0.37.

This bounce saw XRP form a bearish order block, a region dominated by sellers. Combined with the bearish market structure on the daily timeframe, it indicated that a revisit to this region of resistance was likely to face rejection once again.

Hence, short sellers can look to enter near the $0.362-$0.37 area. Their stop-loss can be set in the vicinity of $0.375, as a move above $0.374 would invalidate the bearish idea. Traders can also look to manually close the trade on a daily session close above $0.373, leaving more room for upward wicks.

Both long and short positions were liquidated while Open Interest declined 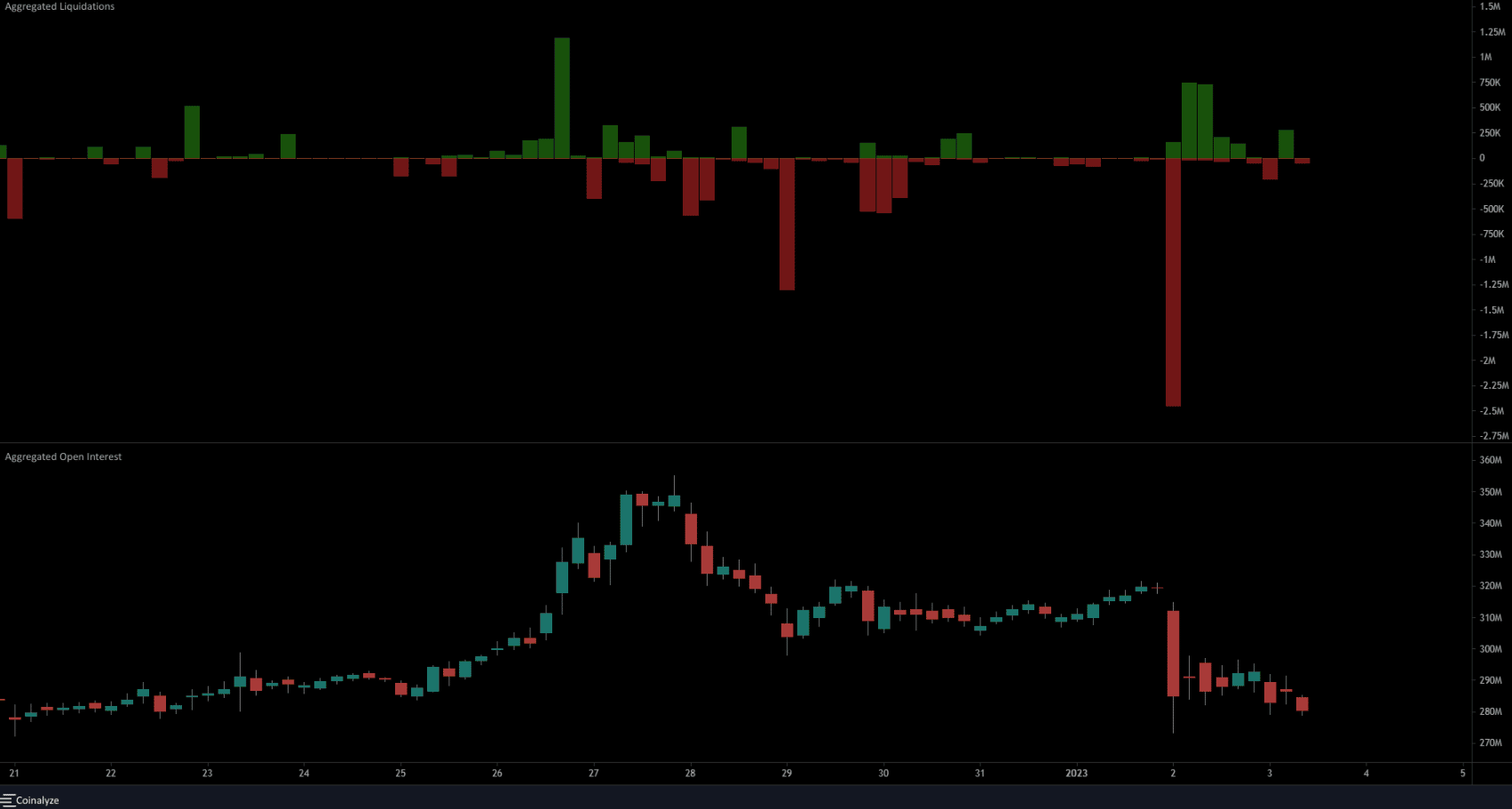 Over the past couple of days, XRP saw a violent move downward which was quickly reversed. This could have been a hunt for liquidity before a strong move upward. Hence, the bears must temper their enthusiasm.

Coinalyze data showed $2.4 million worth of long positions liquidated within a single hour on 2 January, when the price dropped to $0.3 before bouncing quickly back to $0.353 a mere 14 hours later.

The Open Interest charts showed a significant decline in OI, indicative of discouraged or liquidated long positions. This highlighted bearish sentiment. The price and OI need to stabilize for some time before bulls can expect a move upward.

Bullish on Ethereum [ETH]? This venture fund founder might agree with you

XRP: Here is what these bullish indications mean for your investments