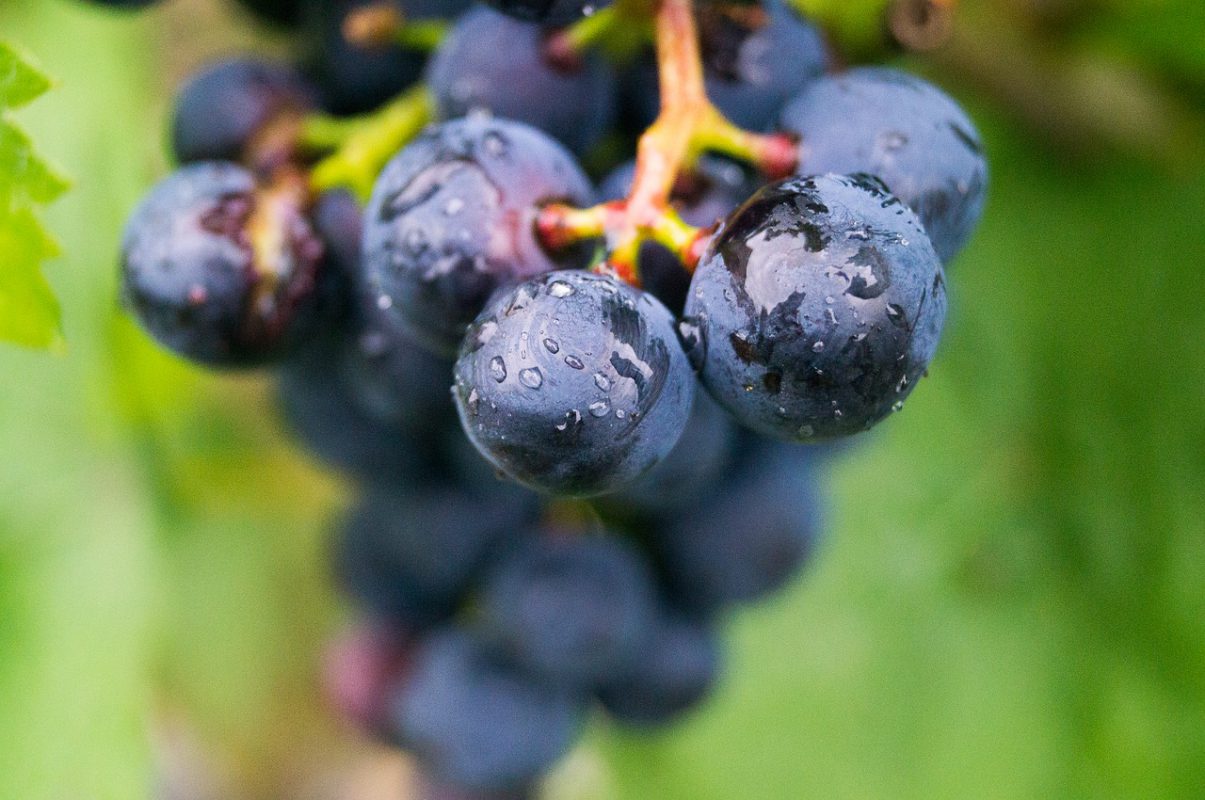 XRP formed a bullish reversal pattern and was set to test the $0.3 level of resistance over the next few days. Tron showed bullish momentum as the recent spate of selling appeared to have ended. Synthetix surged to $17.7 from $14 and could reach $20 in the coming days. 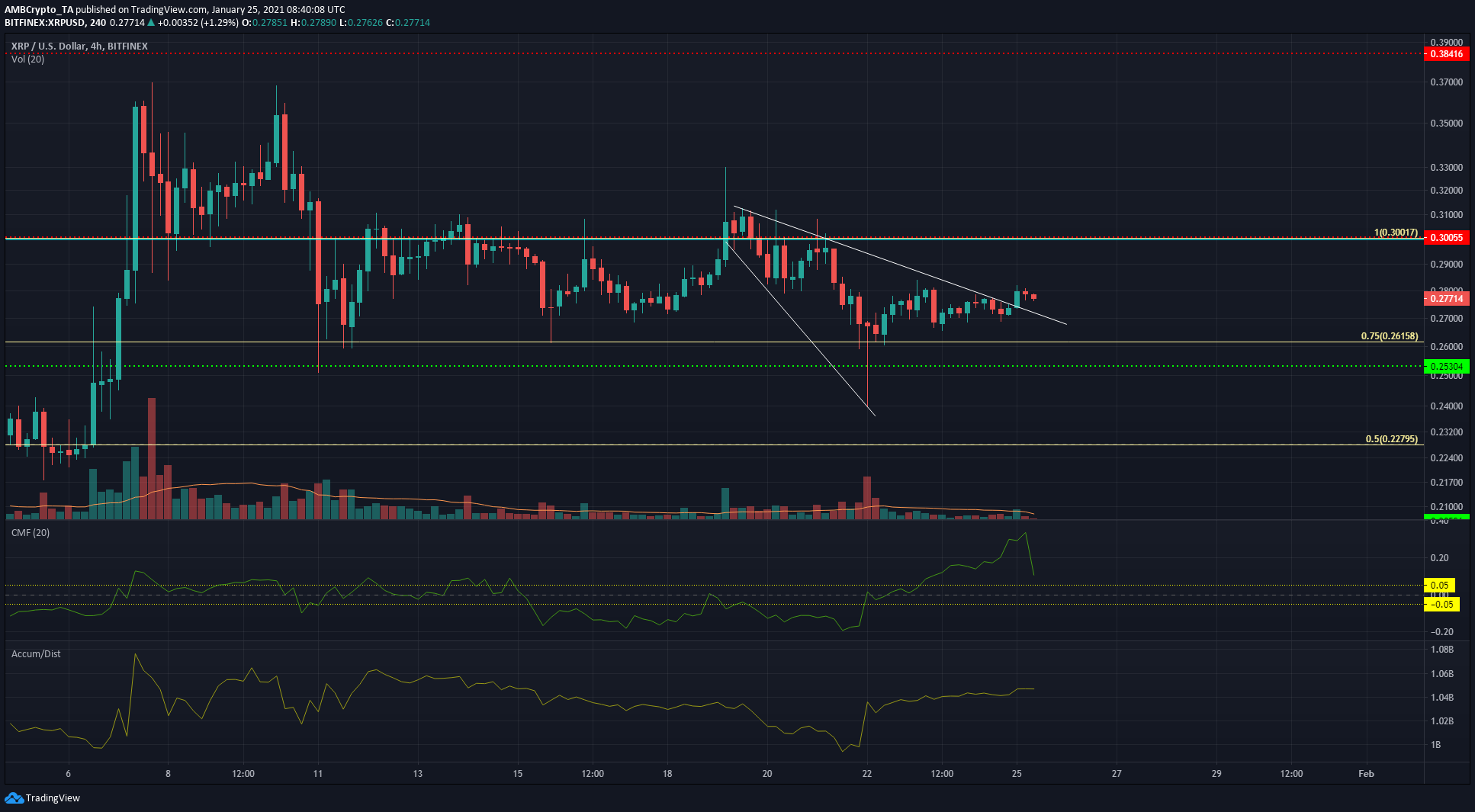 XRP formed a descending broadening wedge and climbed above the pattern with above-average trading volume. This pattern projects a target of $0.31 for XRP, with a level of strong resistance at $0.3.

The Chaikin Money Flow was above 0 to show net capital inflow into the market, while the A/D indicator began to rise upwards over the past few days.

A dip back toward $0.272 is possible, but a further dip would likely invalidate the setup. Retesting the $0.26 level would imply short-term bearish strength. 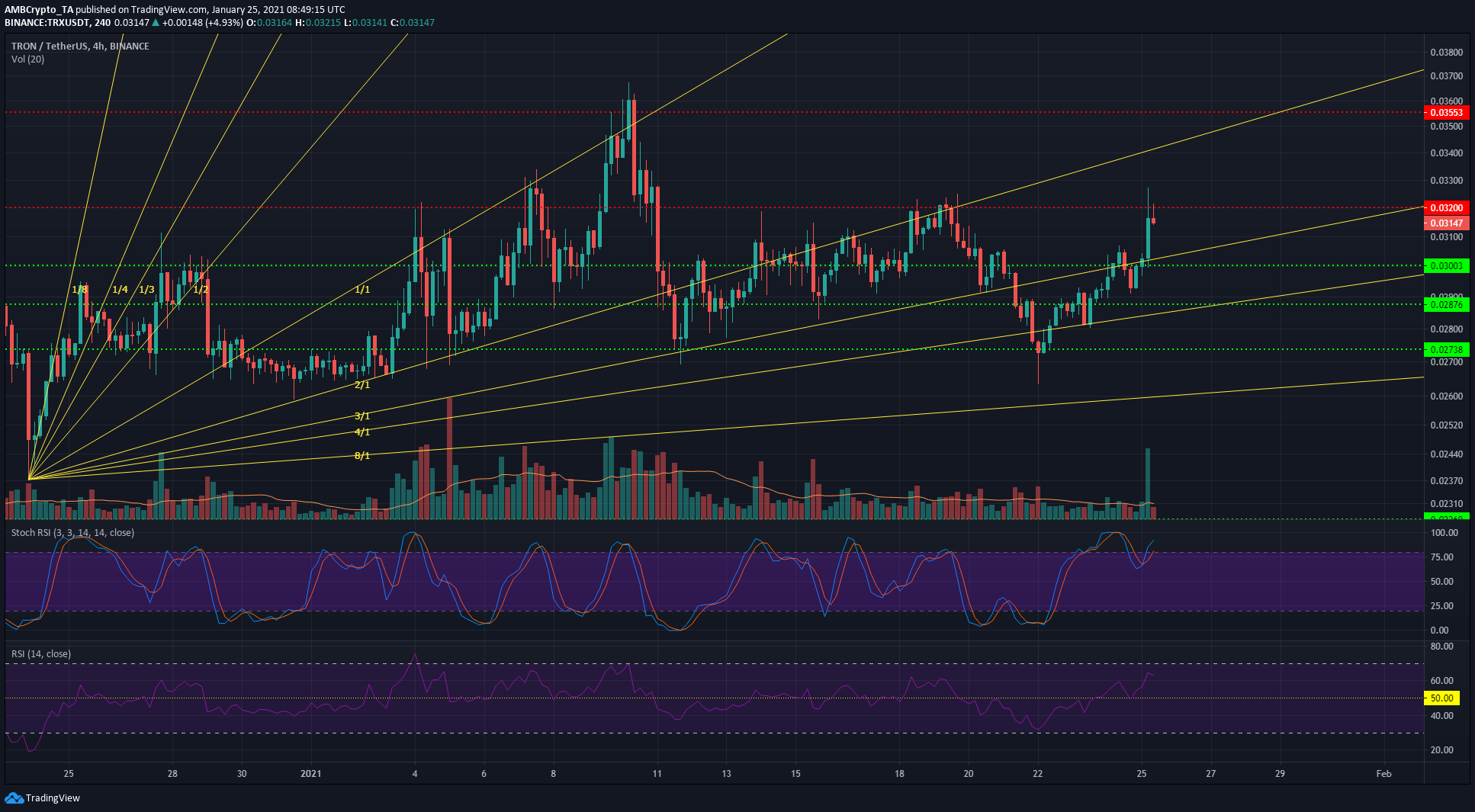 Over the past week of bearish pressure, TRX found support at the $0.027 horizontal level of support, as well as the 4:1 Gann fan line, to bounce toward the $0.032 level of resistance.

The RSI rose above neutral 50 and retested it as support to indicate an uptrend in progress. At the time of writing, the Stochastic RSI was in the overbought territory even as the RSI was climbing. This does not imply an immediate pullback, but there is a possibility of rejection once more at the $0.032 level.

This would see TRX revisit the $0.03 region of support. 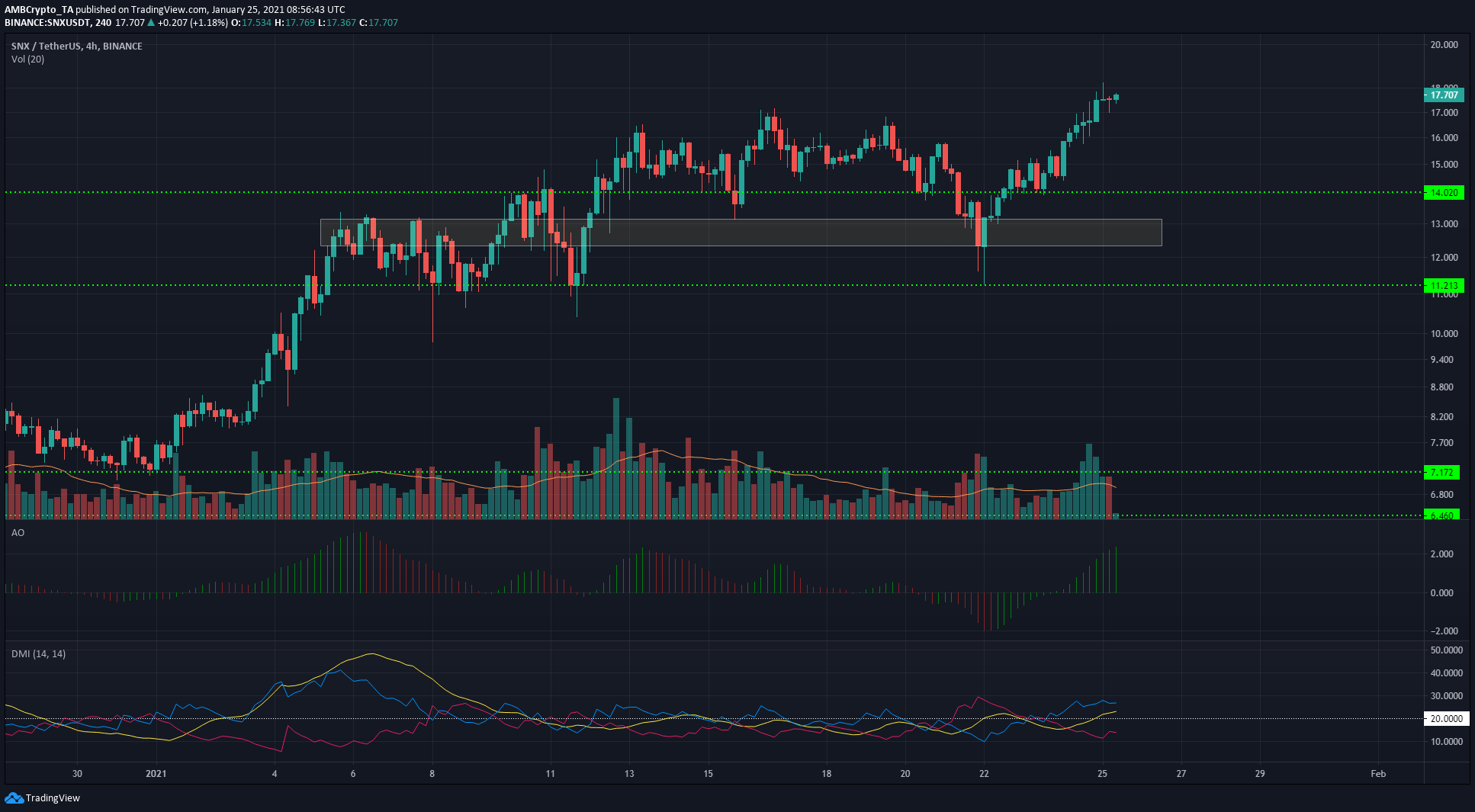 The Awesome Oscillator showed strong bullish momentum, while the trading volume was also significantly high over the past few trading sessions. These factors taken together hinted at strong market conviction that could take SNX to $20.78 in the coming days.

The Directional Movement Index also saw the ADX (yellow) climb above 20 to indicate the presence of a strong trend. The +DI (blue) showed the bullish nature of this trend.