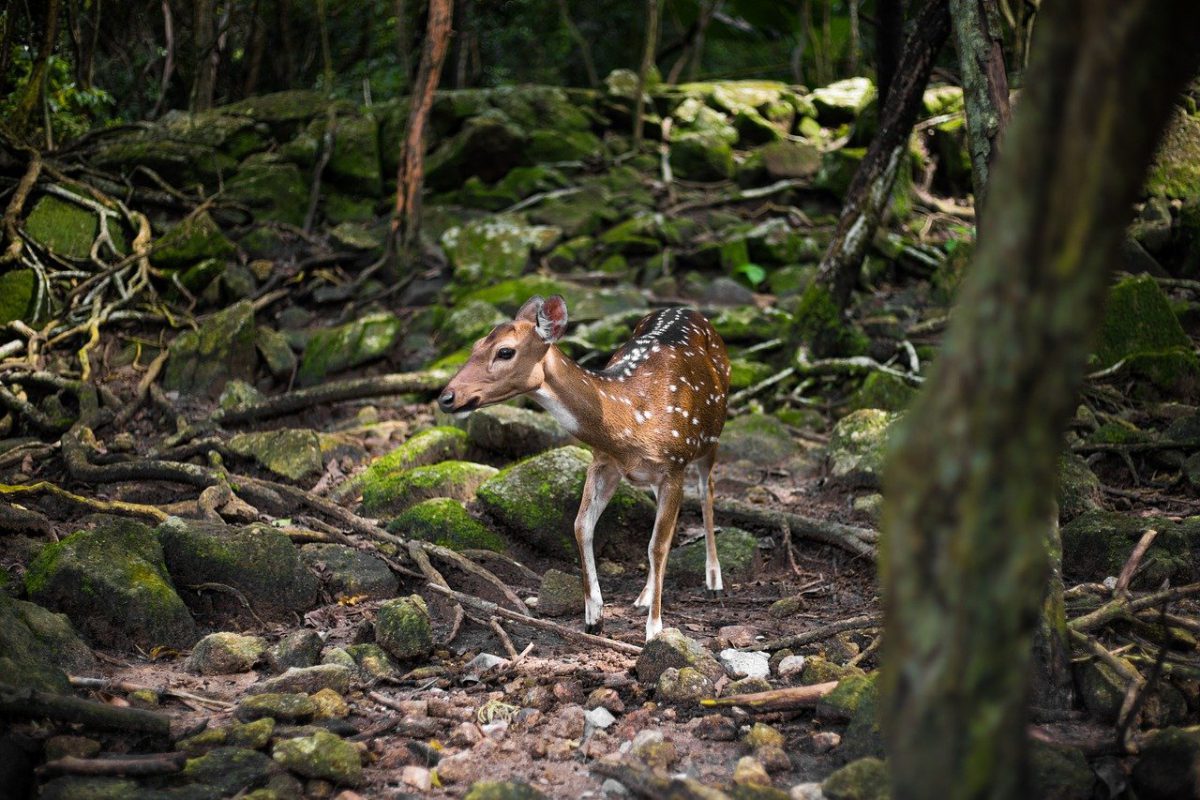 XRP appeared to have reversed its month-long downtrend, but since many exchanges are set on delisting the cryptocurrency over the next few weeks, some selling pressure may be incoming. Tron registered a sharp move to the upside and tested the resistance at $0.03, while Zcash noted consistent selling and was unlikely to rise past $71. 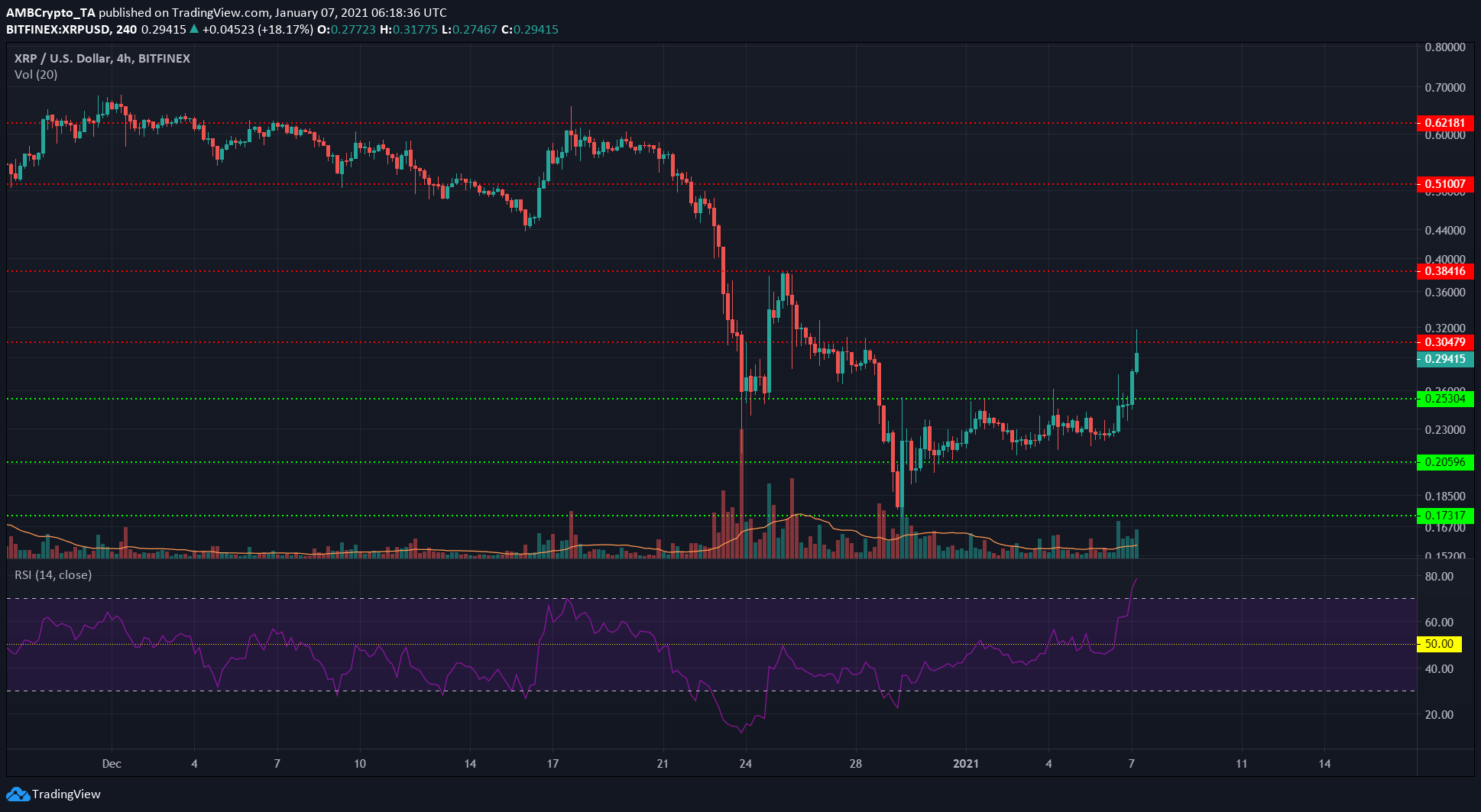 The past seven days have seen XRP rally from the lows of $0.17 to trade at $0.286, at the time of writing. The duration of this northbound move indicated that the prior downtrend from early December had ended.

The RSI also rose above the neutral line to denote bullish momentum and strayed into the overbought territory on the 4-hour chart. The $0.3-level rejected XRP over the past few hours, but XRP can be expected to hold on to the $0.275-mark.

If this defense is successful, another attempt at $0.3 can be expected over the next few days, possibly flipping it to support. Closing a session below $0.275 will suggest that XRP is heading towards the support further south at $0.255.

Brad Garlinghouse threatened to move out of the U.S over regulatory concerns back in October and may be forced to make good on it. The Asian markets still retain confidence in the token, however, with Japan’s SBI Holdings publicly stated that XRP is not a security. 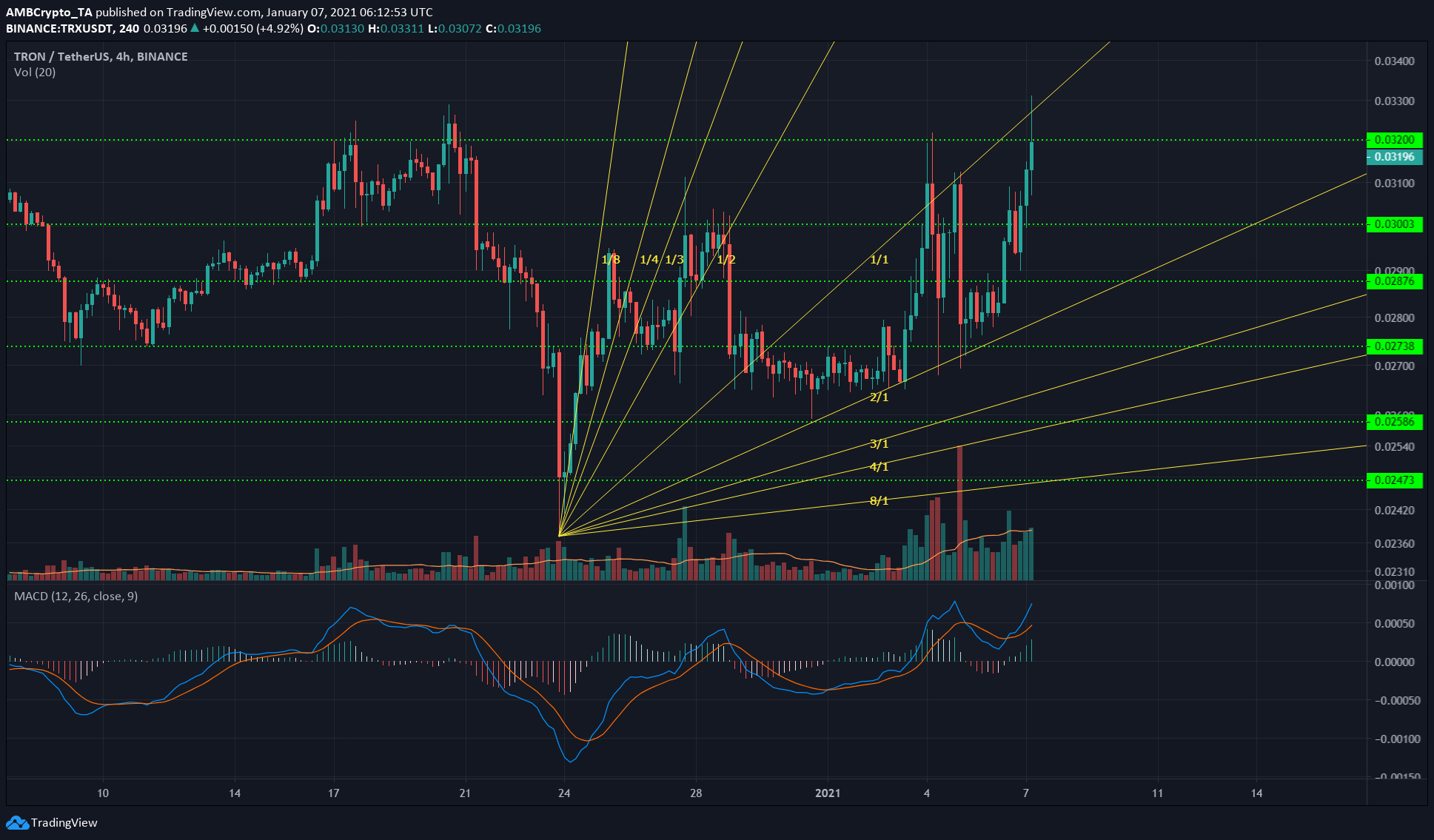 Using Gann fan lines from the swing low at $0.0237, some potential levels of resistance and support were plotted alongside the horizontal levels of importance.

These fan lines were observed to have been respected at press time, and the price faced resistance from the 1:1 line after ascending past $0.03 in the hours before press time.

The MACD showed that strong bullish momentum was behind TRX and though it faced some selling over the past few hours to push the price back below $0.032, its outlook remained bullish. 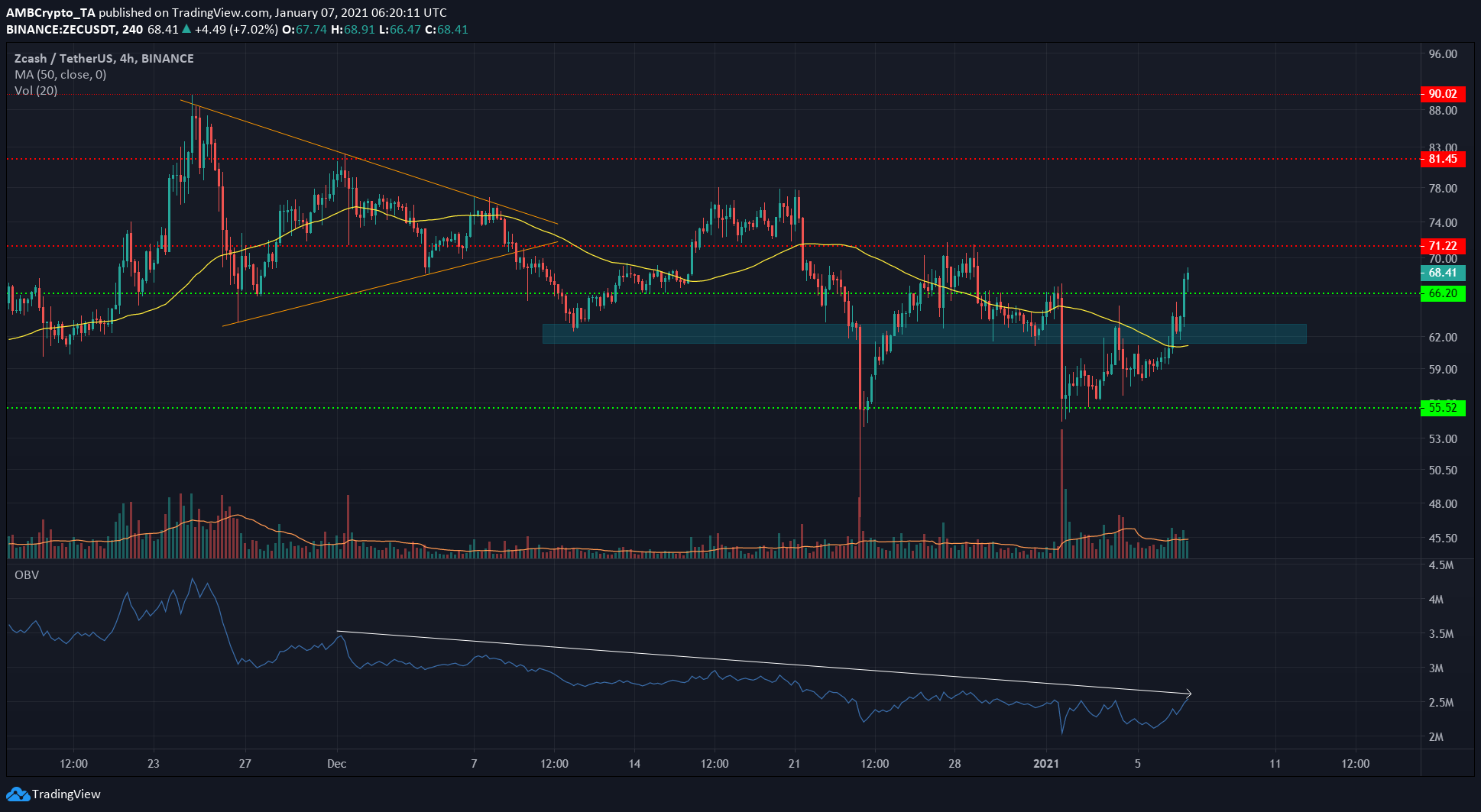 The longer-term trend for ZEC has been downwards. The impressive rally in November was followed by steady selling volume, as shown by the OBV.

ZEC saw some bounces on its downtrend, and the present bounce has been longer than the previous ones, suggesting that a possible trend reversal like with XRP may be likely.

However, the OBV has been consistently trending south. Unless this changes, the $71-level can be a formidable resistance since it already rejected a previously strong move with momentum about 10 days ago. It might do so again.