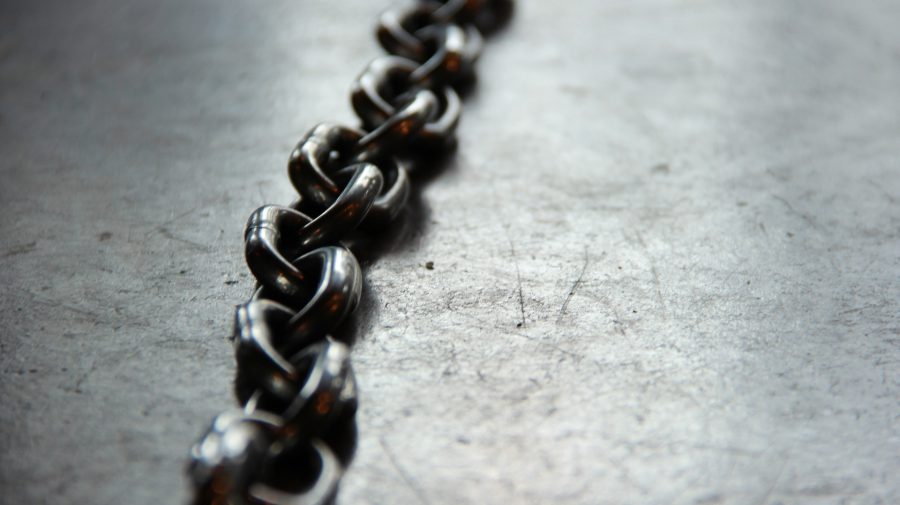 XRP’s bearish woes in the market continued as the virtual asset slumped by 2.34 percent over the last 24 hours. At press time, XRP was valued at $0.289, with the market capitalization recorded at around $11.9 billion.

XRP’s trading volume was relatively healthy however, registering over a $1.5 billion, with the virtual currency trading the most on HCoin exchange, which contributed around $101 million of the total volume. 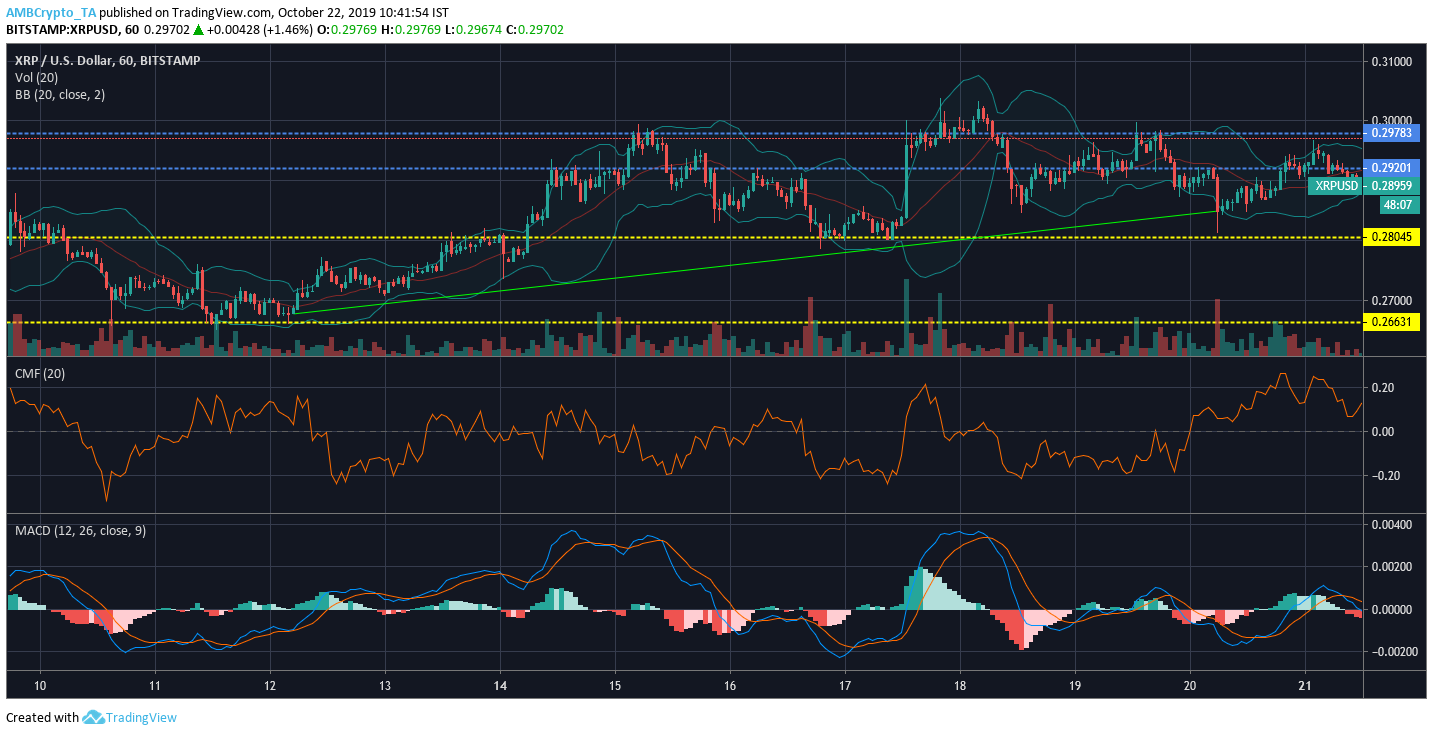 The Bollinger Bands were converging in the chart and suggested reduced volatility for the token.

The MACD line indicated a bearish trend as the signal line hovered over the MACD line. 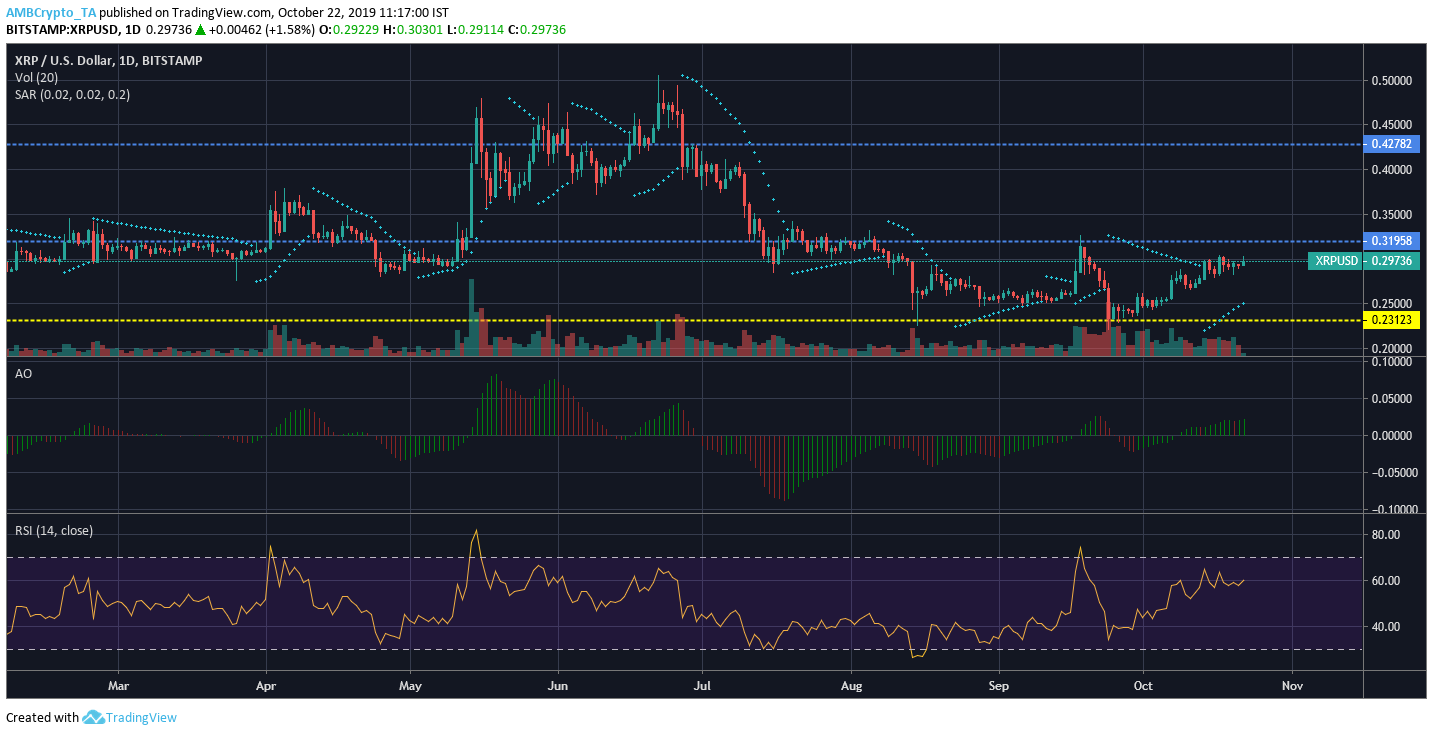 The Parabolic SAR remained bullish for the token as the dotted markers remained below the candlesticks.

The Awesome Oscillator suggested that market momentum was bullish as green bars appeared in the charts.

The Relative Strength Index or RSI was close to the overbought section after the RSI line hovered near the 60-line marker.

The bulls seemed to appear from XRP’s price movement as the bears were loosening their grip on the token’s market.

Bitcoin market to lay in the Bearish soil for long