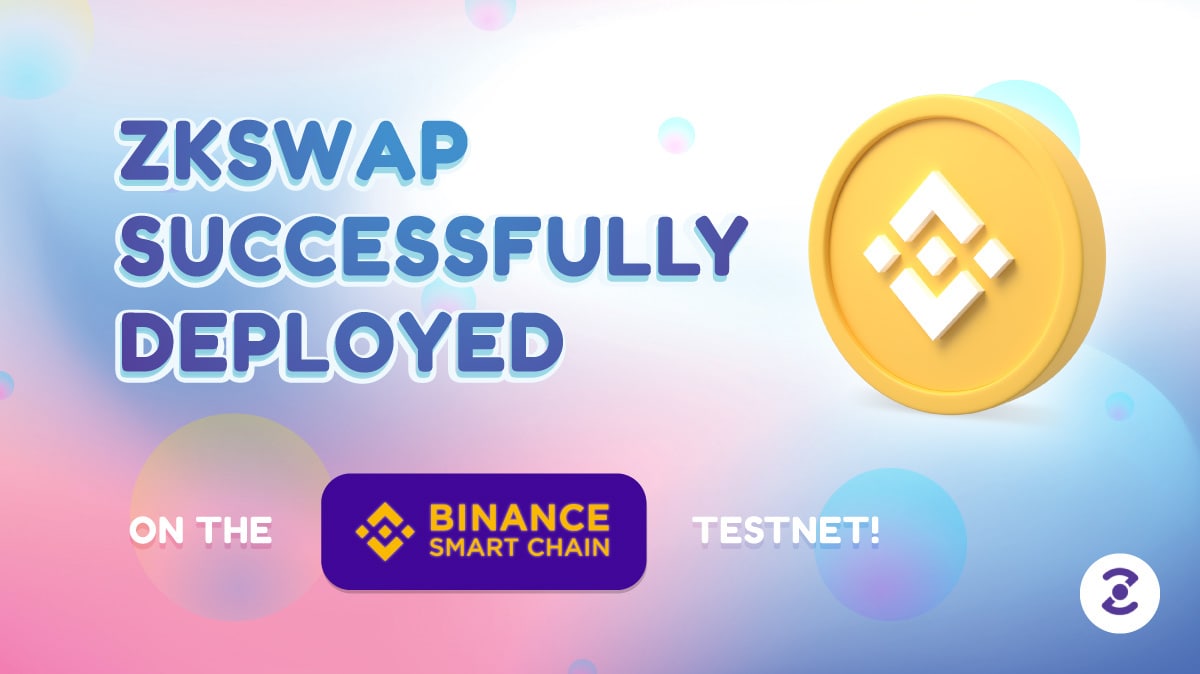 The crypto market has been in the spotlight with the influx of users and funds in the sphere. One of the problems that arose from it has been of high congestion and gas fees. ZKSwap has deployed its DEX protocol on the Ethereum network for over 6 months and is solving this issue.

The limited containment of Ethereum with regard to the dApp market has left space for alternate EVM compatible chains such as Binance Smart Chain, HECO, OKEx Chain to rise. Out of these networks, BSC has performed well with its fast-growing ecosystem and total locked value reaching the second-highest in the market next to Ethereum.

However, the rise in the unit price of Binance Coin has resulted in a rise in the gas fees on BSC. The BSC version of ZKSwap is an important step of the Layer2 expansion strategy that has been developed by the L2 labs team.

As part of its expansion plan for the Layer2 ecosystem, ZKSwap has completed the deployment of its V2 on the mainnet of the Binance Smart Chain. They were successful in achieving the expansion through packaging and aggregating transactions on the Layer2 ecosystem based on zero-knowledge proof technology.

The BSC ZKSwap V2 differs from the V2 on Ethereum as it allows users payment options in  BNB, USDT, and BUSD. Apart from the mainstream tokens, popular tokens such as CAKE will also be listed on the BSC Chain. The unlimited token listing feature would also be available for users on the ZKSwap BSC V2.

Users get a chance to perform all operations such as transactions, trading, withdrawing, liquidity adding, liquidity removal, and mining participation without any gas fees. It takes 5 minutes to top up from Layer 1 (BSC network) to Layer2 (ZKSwap V2) and 20 minutes to withdraw from Layer2 to Layer1.

As mentioned earlier, the BSC version of ZKSwap is an important step in the Layer2 expansion strategy developed by L2 labs. The Ethereum community has gained practical experience of trading and engaging with Layer2 DEX ever since ZKSwap debuted on Ethereum 6 months ago.

The ZKSwap team aims to continue its growth in funding and user volume by providing Layer2 scaling technology. The team is also continuing to empower ZKS so that the ZKS tokens play an important role in all mainstream public chains.

For more information on ZKSwap, please check out their website.