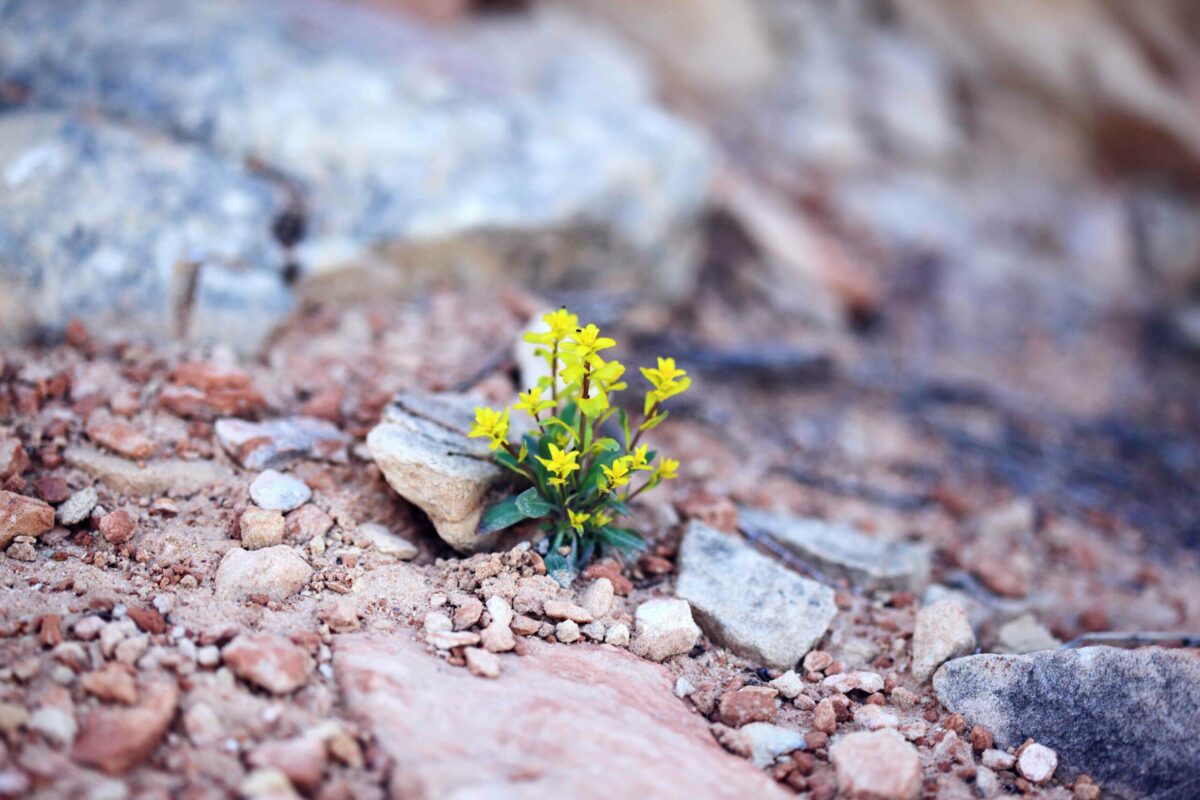 The last few months for XRP been dramatic, to say the least. The asset rallied collectively with the industry in November 2020, reaching a high of $0.74. However, the SEC filed its lawsuit against Ripple Labs on 22 December, and the ground beneath XRP started to shake. The next day, XRP declined by 42%, and on 29 December, it reached a low of $0.17. While other assets rallied under bullish momentum, XRP found itself on the sidelines until February 2021, when the asset matched its previous high of $0.74.

Better news started to follow the digital asset, and key wins in court and surging market sentiment allowed XRP to reach a high of $1.95. However, for XRP, it might have been more than just market sentiment at the moment.

In a recent article covered by AMBCrypto, Ripple CEO Brad Garlinghouse had stated that despite concerns about losing partners and market volumes, the past few weeks have seen multiple customers added to the Ripple firm with 90% of the userbase demographically foreign from the states.

That has been the case for a while now.

When the lawsuit was filed, speculators expected these global partners of Ripple to back out and leave the digital asset and company high and dry. However, in the past few days, XRP’s surging price has flourished alongside XRP’s liquidity corridors. 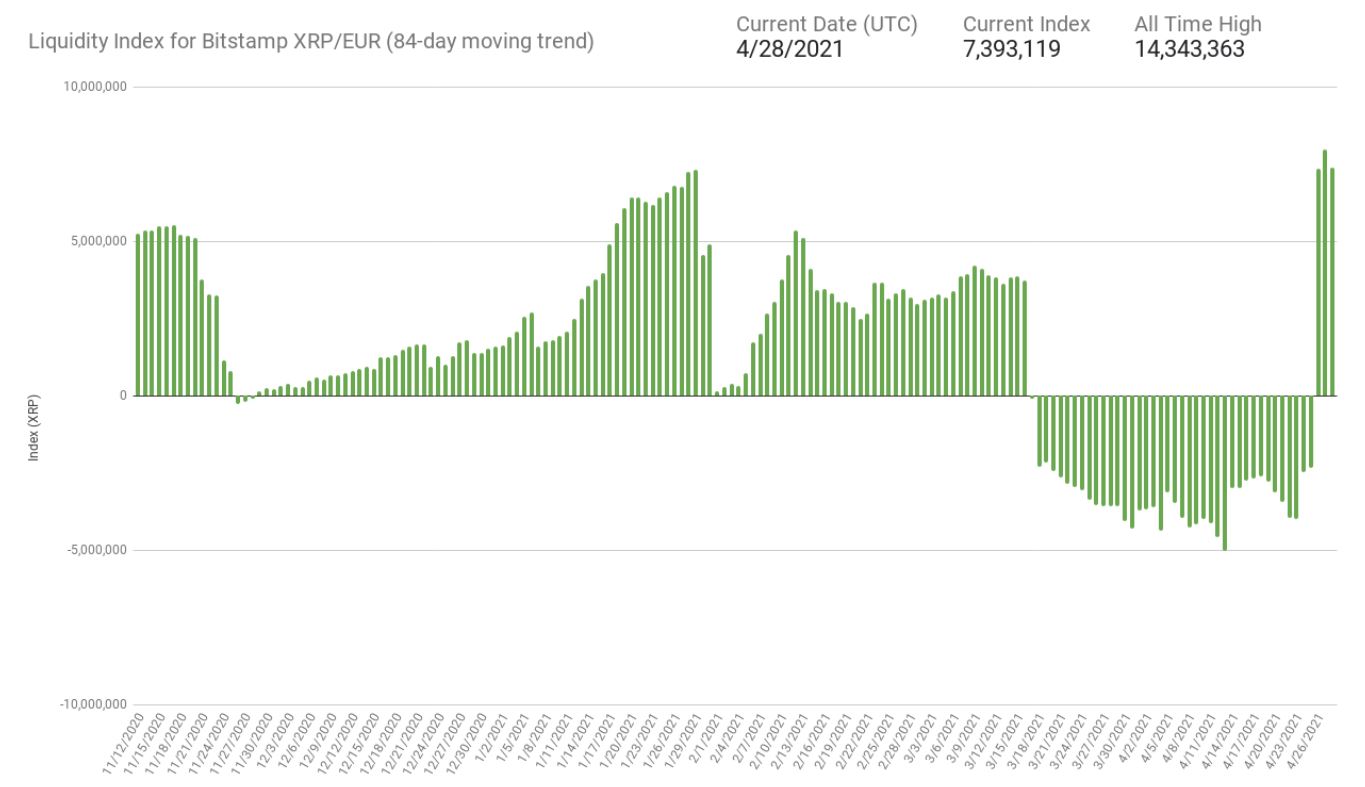 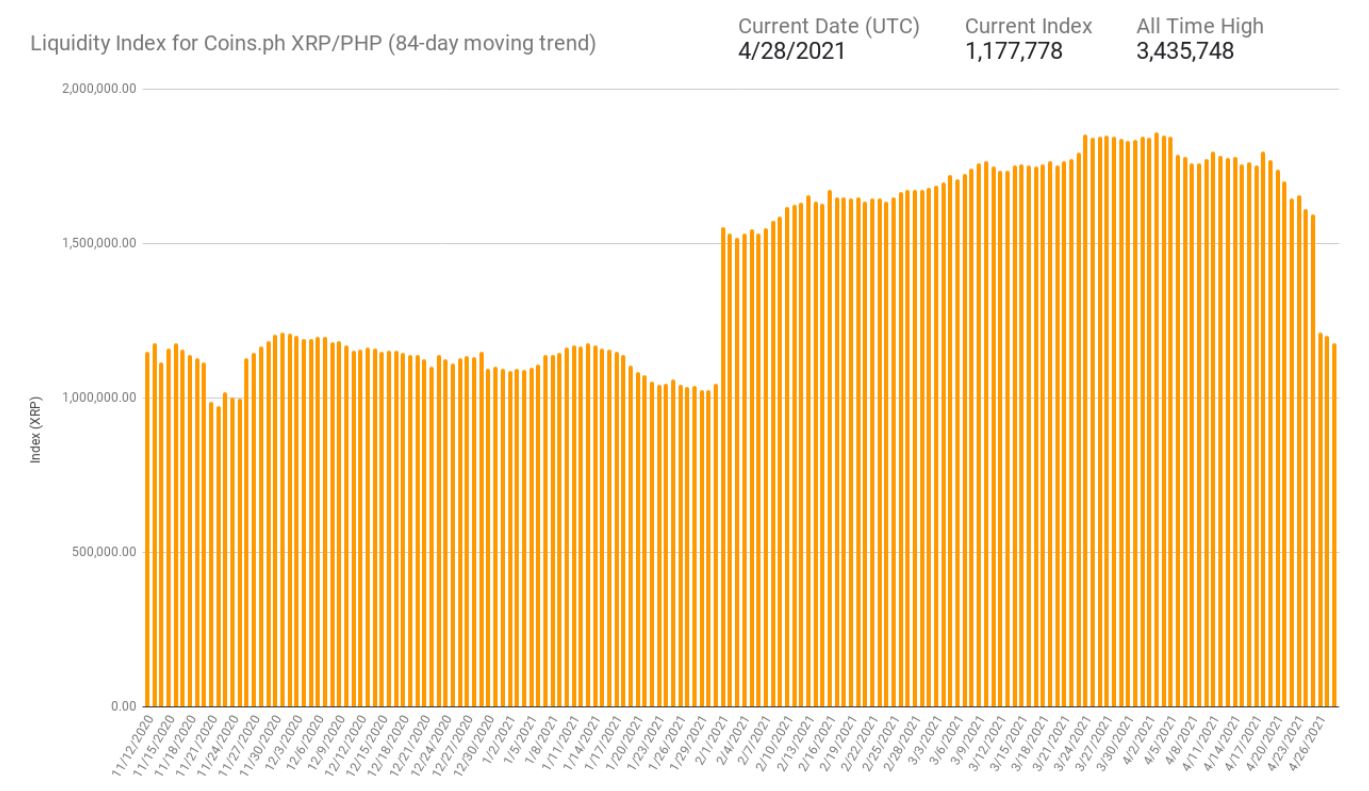 The above chart shows XRP liquidity corridors with currency pairs including XRP/EUR and XRP/PHP. Data indicated that despite the liquidity dump in early 2021, there is consistent recovery at the moment, which means XRP is currently being used for cross-border settlements. XRP/MXN painted a similar picture.

It is important to note that these factors are actual fundamentals and are not driven by market sentiment. Global reactions were unexpected for XRP, even as regulatory clarity on US soil continued to remain murky.

Alongside a large community that supports the project, Ripple Labs also boasts some of the most respected individuals in the cryptography and computer science space. David Schwartz, CTO at Ripple, Nic Boungalis, XRP Ledger developer, and Wietse Wind, XRP ledger tools developer, are known to be extremely passionate about the XRP ledger project.

The bottom line is that strong personalities can be influential for the long-term sustenance of a project. Coincidentally, David Schwartz even predicted the current situation with SEC in an interview from 2019. Stating the need for clarification from regulators, Schwartz suggested that unclear laws may lead to SEC knocking on their doors.

So, back from the dead?

With XRP currently returning to rank amongst top assets with respect to market cap, the future remains uncertain. What remains certain, is the fact that Ripple continues to develop partnerships with organizations and their ODL services continue to gain traction.

While price volatility may lead to frequent surges and corrections, XRP cannot be counted out anymore with respect to other rising projects. End of the day, Ripple and the XRP ledger do have sound functionality when it comes to cross-border settlements. The present price action is possibly a result of that particular reason.

What kind of profits can traders book (this week) with Dogecoin, AAVE, Helium and Zilliqa

What are MATIC’s chances of heading to $2 this week?