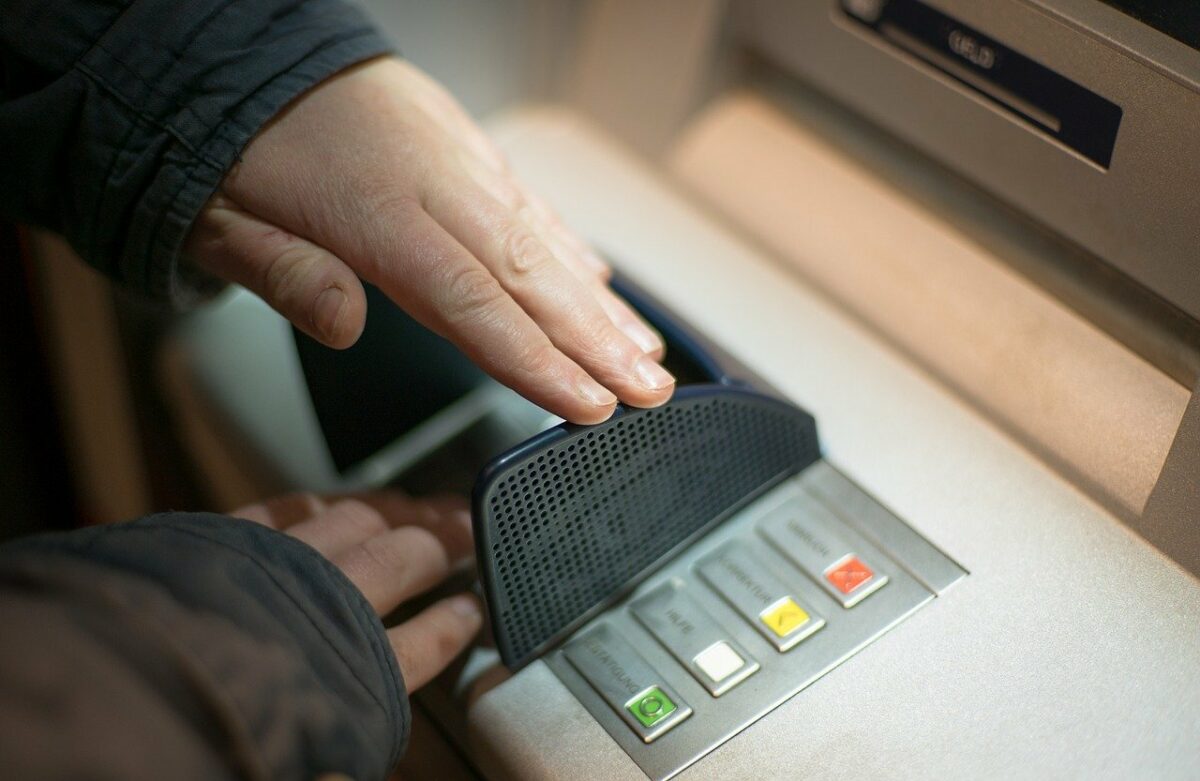 The Covid-19 pandemic seems to have given a push to the global crypto-ATM market. On the back of greater adoption, the size of the crypto-ATM market is estimated to increase by around 60% through 2030, according to a report by Allied Market Research. The aforementioned report also predicted that the trend seen in 2020 is expected to “continue in the post-pandemic” market.

According to Allied Market Research, other technological advancements will also pave the way for lucrative opportunities in the industry. The same was seen in 2021 with players like Visa and Mastercard entering the crypto-space. In fact, several platforms like BlockFi are now offering crypto-credit cards on the back of institutional partnerships.

Just like online transactions, crypto-ATMs also require users to go through KYC verifications. Additionally, an auto-generated receipt will include the user’s public and private keys when a user operates an ATM.

It’s worth noting, however, that the report outlined benefits like increased convenience and reduced transaction times, along with security and transaction flexibility as the growth factors behind crypto-ATMs.

There’s a caveat, however. The ATM market is set to be limited until more countries, like El Salvador, accept cryptocurrencies as legal tender. Additionally, the report found that the limited availability of ATMs and kiosks also hampers the growth of the market.

On the other hand, as more startups and institutional investors enter the sector, a push for the crypto-ATM market is likely.

The U.S is followed by Canada with a 6.6% share of the global ATM market. El Salvador follows next, thanks to a 0.7% share with ATMs at over 200 locations. 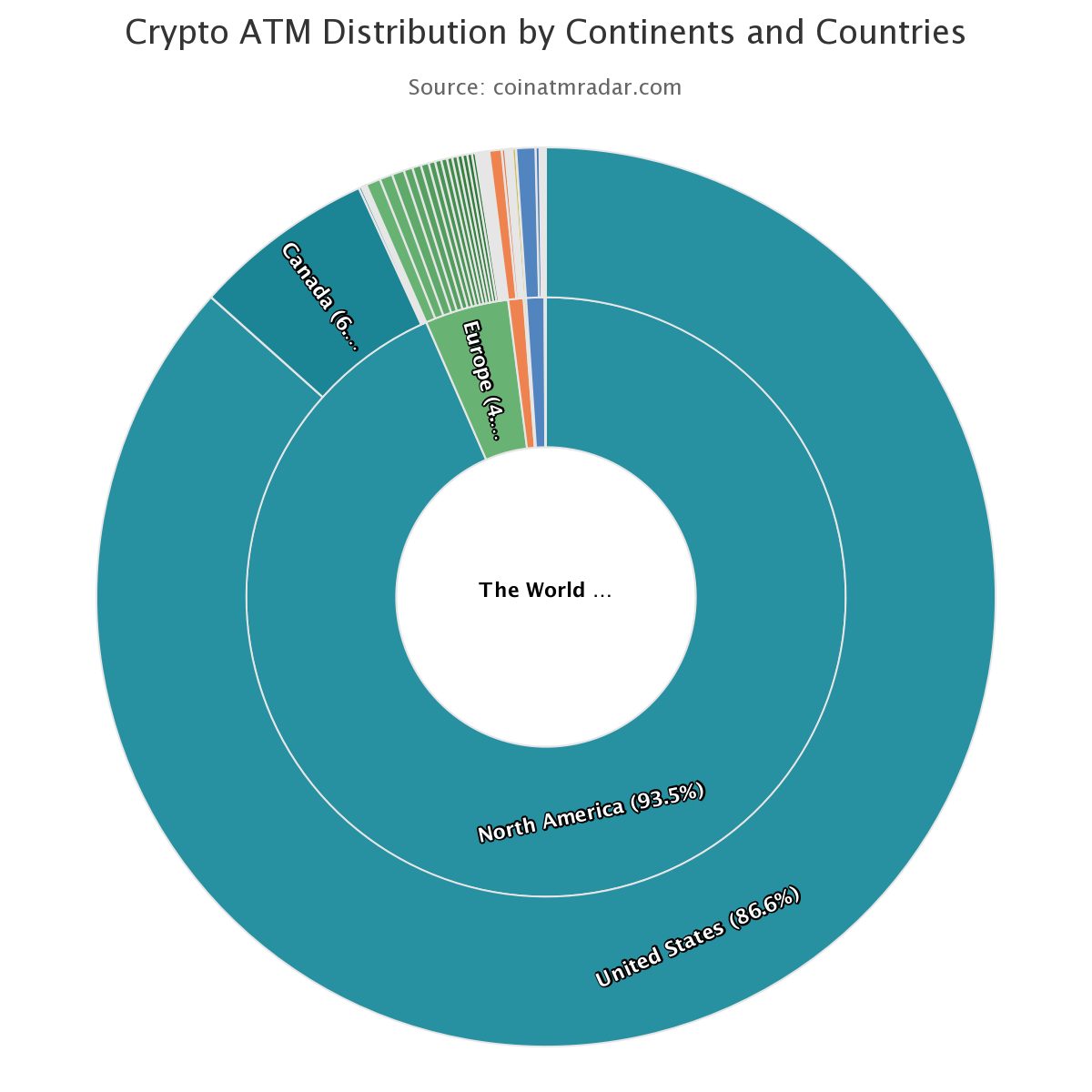 Thanks to El Salvador’s policy decision, ATM manufacturer Chivo ATM reportedly installed its first 230 ATMs in September. However, the global leader is still Genesis Coin with over 11,000 ATM installations as operators continue to see a spike in business.

Also, it is noteworthy that most of these machines support Bitcoin as a cryptocurrency while very few support other altcoins.

But, does a spike in crypto-ATM installations correlate with Bitcoin’s price action?

What explains the aforementioned spike in crypto-ATMs, however? Well, most contributory factors for the same correlate to the ease of doing business and regulatory barriers being pushed to the side. Then, there is the matter of adoption as well. Greater usage has often aligned with a spike in such ATMs.

Does the crypto-asset’s price, Bitcoin, for example, come into consideration, however? 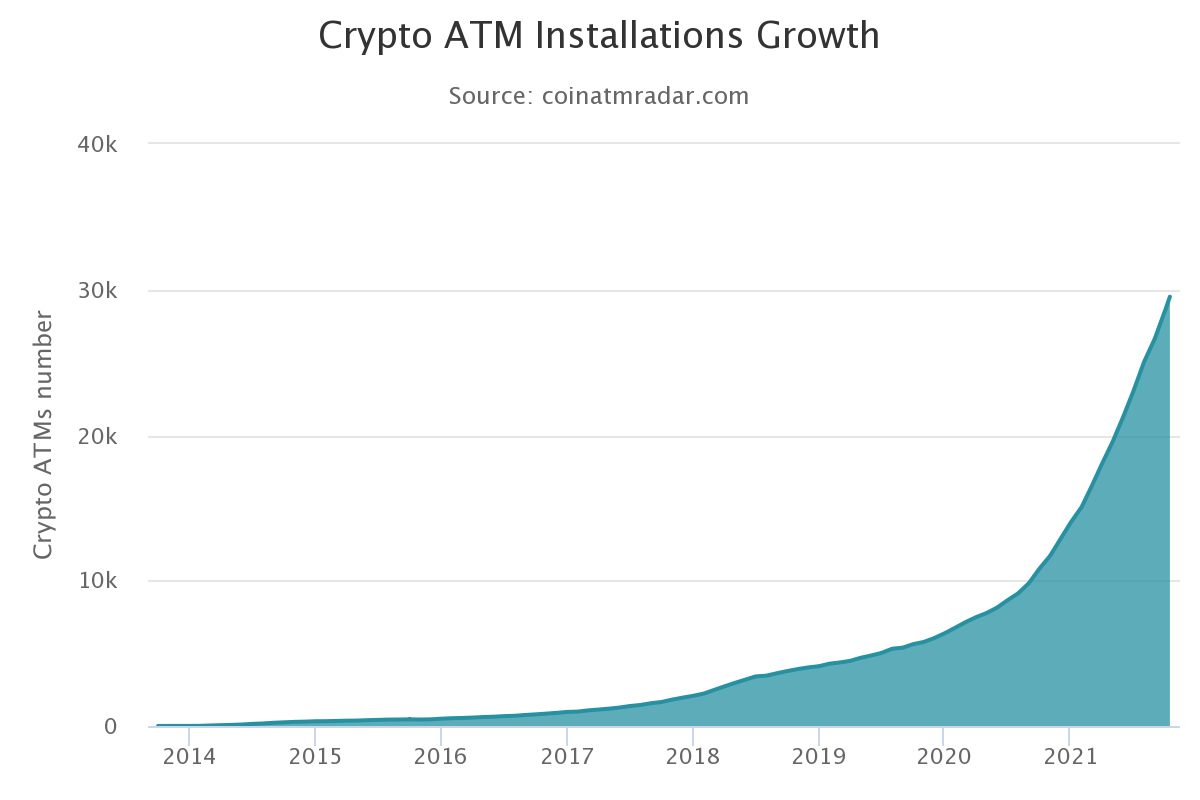 In April, Bitcoin was hovering close to the $60,000-level. In July, the market price of Bitcoin had been slashed in half, before moving north of $55,000 in October again.

Therefore, as expected, there doesn’t seem to be a direct correction with ATM installations and Bitcoin prices.