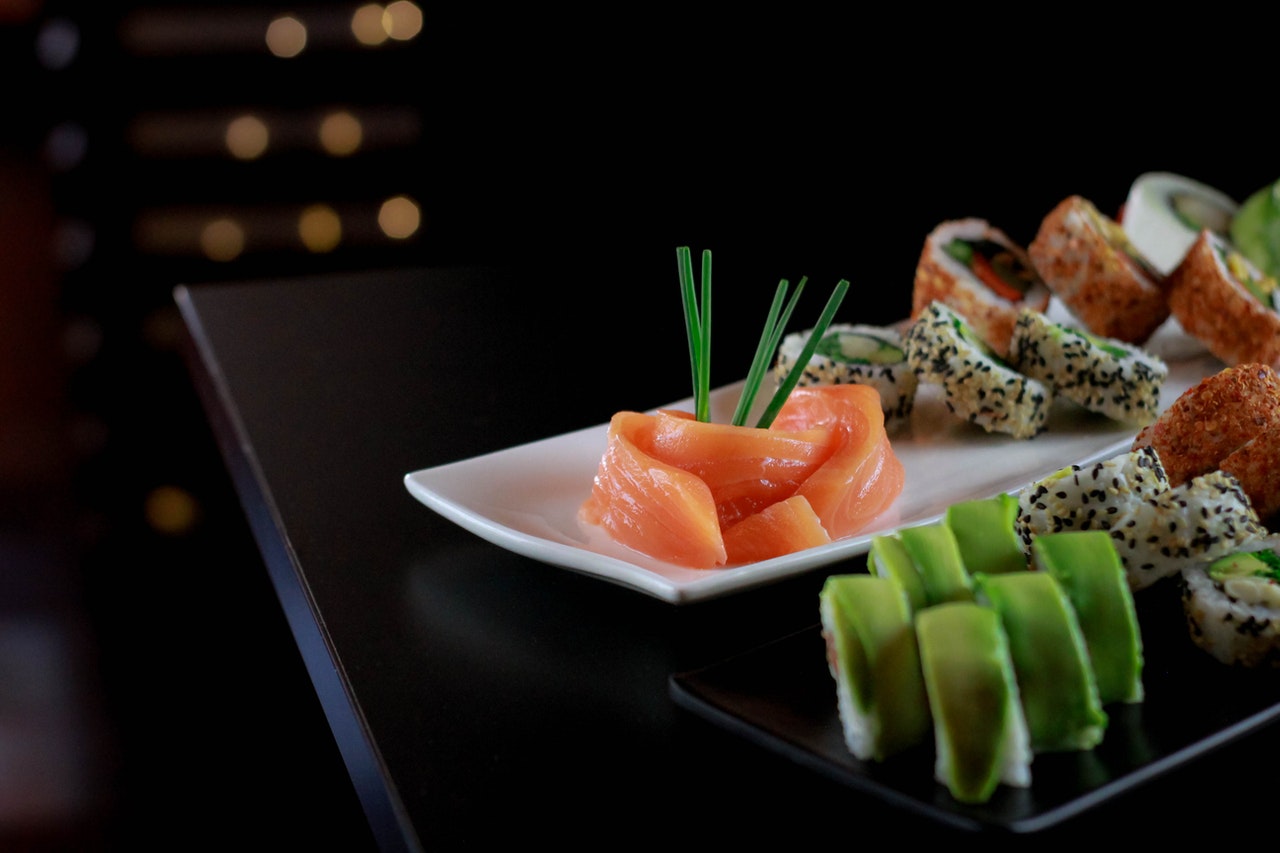 SushiSwap, after facing a price fall of over 65%, over the last month and a half, has finally seen an uptrend. The protocol has barely managed to secure its spot as the 14th biggest DeFi protocol by the skin of its teeth. Its Total Value Locked (TVL) slipped from the all-time high of $7 billion in November beginning to around $5.3 billion at press time.

After starting out strong at the beginning of November, SUSHI’s price downfall began on 10 November after which the asset tested the lower price bounds of $4.33 in early December. At the time of this report, however, SUSHI was trading at $8.9, almost 57.24% up in the last week but still down 62% from its ATH of $23.35 in March this year.

SUSHI lovers to the rescue

A week ago when Sushiswap began the uptrend with an over 10% price appreciation last on 21 December, the accumulation pattern of whale addresses started looking strong. Whale addresses with 100K to 10 million have now accumulated a whopping +9.7% of the Sushiswap supply since 1 November. 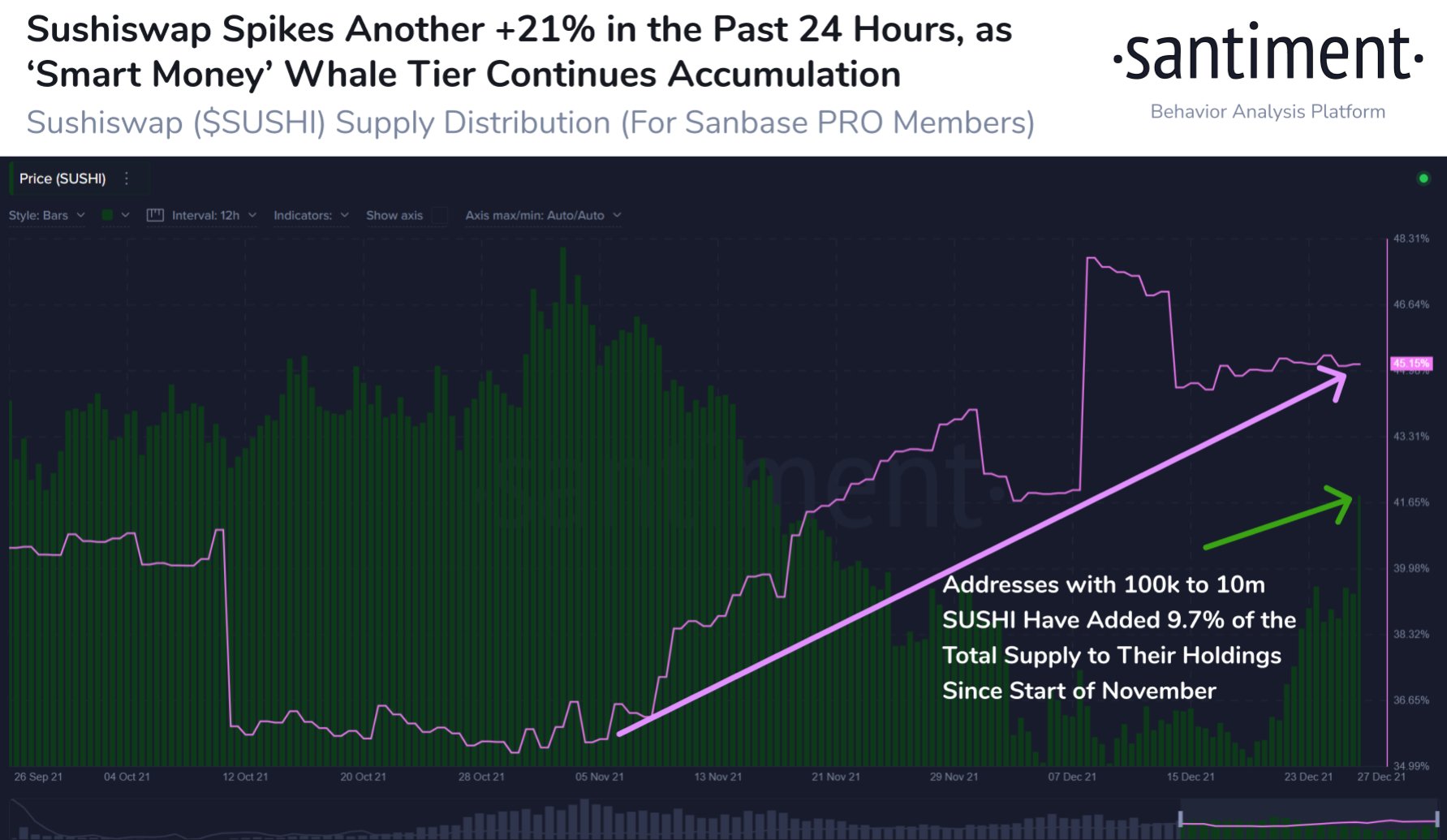 SUSHI holders continue to see a nice payoff for sticking with the ETH-based DeFi asset through the tumultuous early December dip. This, after the CTO of Sushiswap resigned. The coin after facing a crossroads as infighting among developers led investors seeking to reorganize the supposed autonomous organization, has finally picked after the appointment of a new CTO a week ago.

For the rally to sustain, a move above the $11 level which will bring over 10K addresses (who bought at that average price) in profit, would be crucial in reducing selling pressure for the alt.

At the time of writing, SUSHI’s almost 75% rise over the last fortnight did make the run seem like the altcoin’s rally was a parabolic recovery. However, this was key to the token’s rally ahead.

That being said the price appreciation came alongside a major uptick in Sushi’s Sharpe ratio from the negative territory. Thereby, making the altcoin much safer now, than at the Sharpe ratio -5 level. 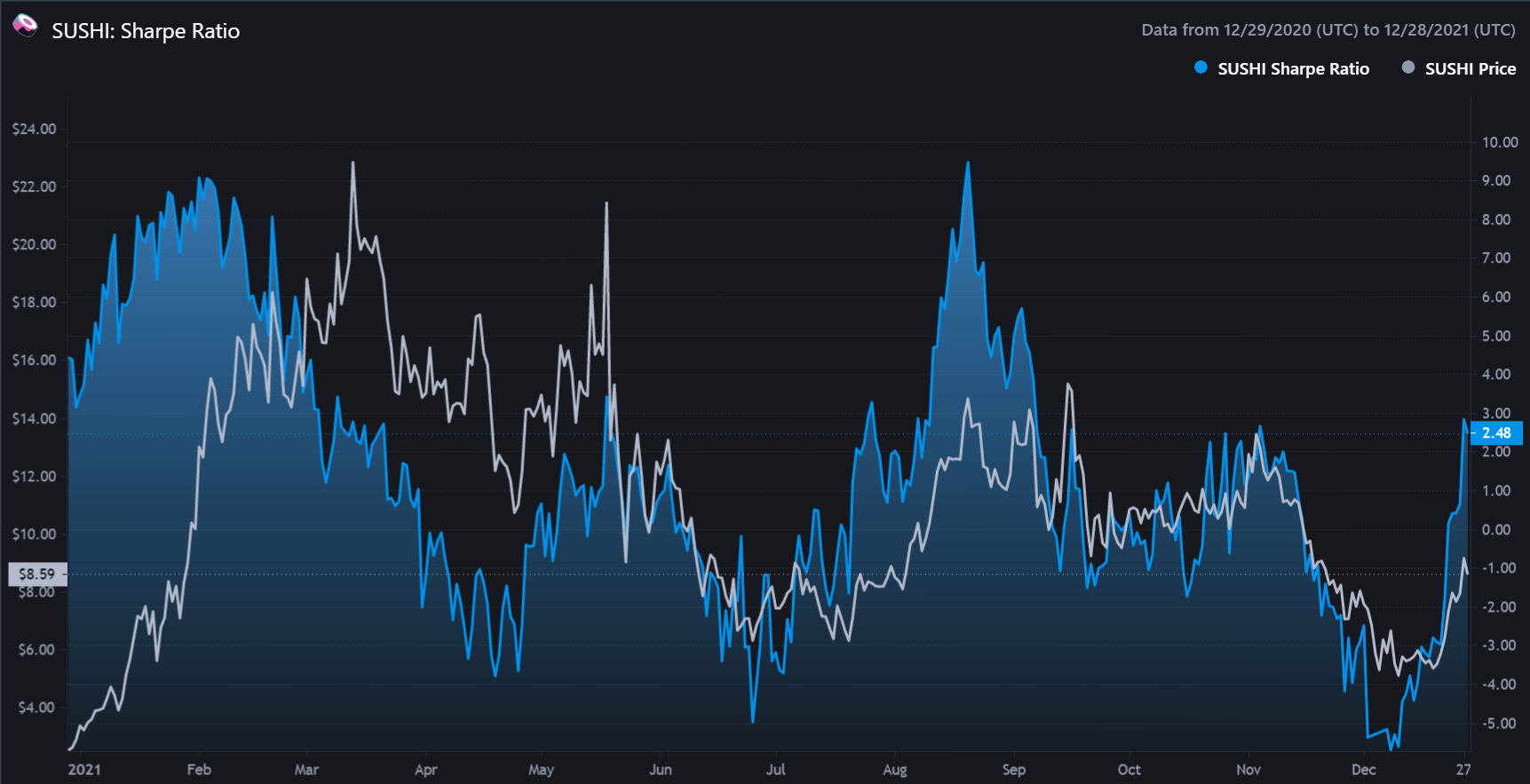 Further, general interest and activity also seemed to be getting back to the network as new addresses jumped by 153.25%. In fact, active addresses saw a +88.90% change over the last 7-days. 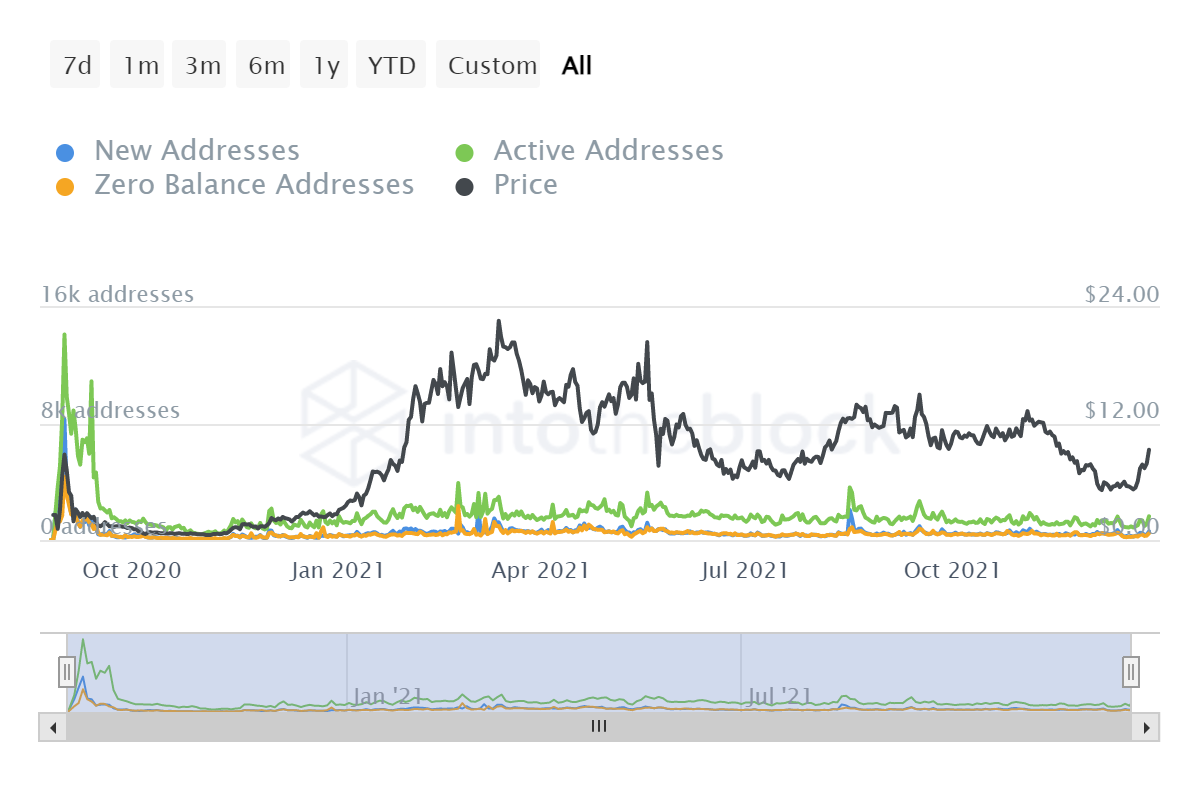 Additionally, SUSHI’s correlation to BTC had dropped, which has acted in the favor of price earlier too. One key factor in SUSHI’s long-term growth which can aid a sustainable rally, was the steady rise in HODLers over the last couple of months. 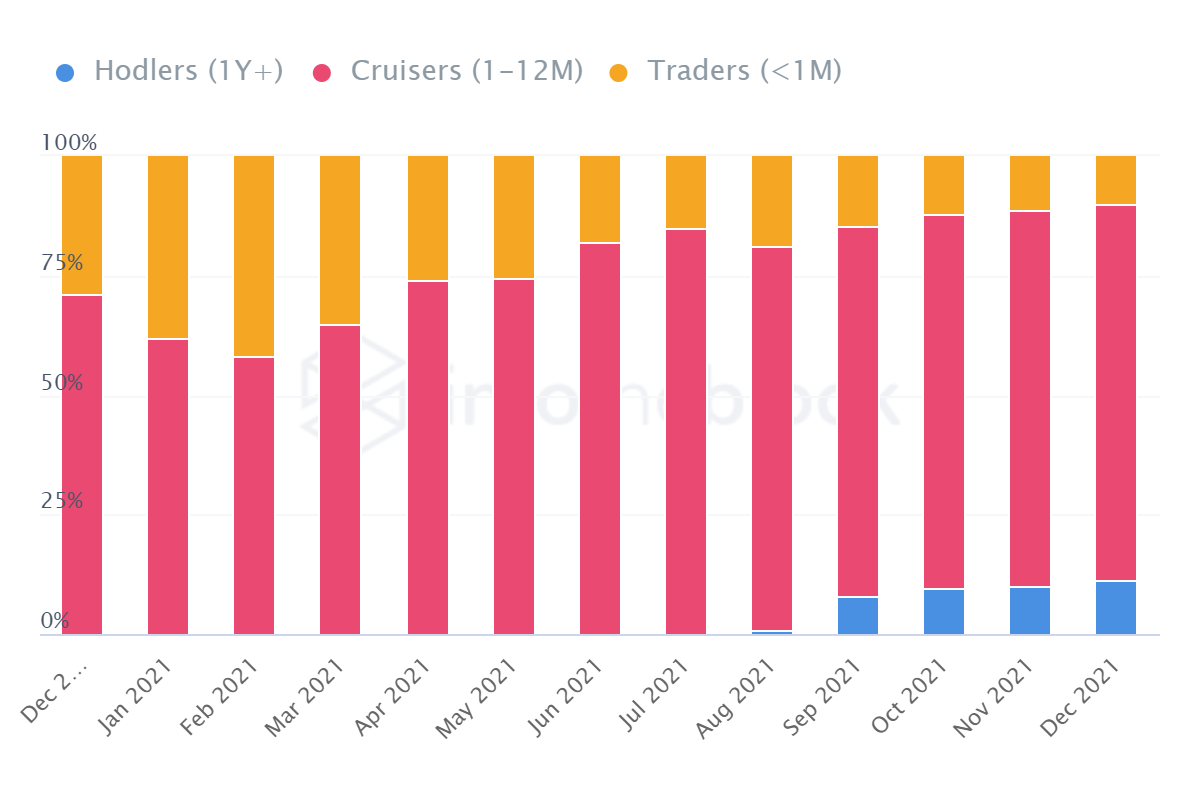 Now on, SUSHI’s next major resistance is at the $9.6 mark. This needs to be flipped to support and could make a strong entry point. High retail euphoria as the accumulation trend continues, could favor SUSHI’s rally provided the price maintains its uptrend making higher highs in the short term.

GoFungibles announces the closure of its $4M private fundraising round

LUNA will have to defend this key level to resume uptrend