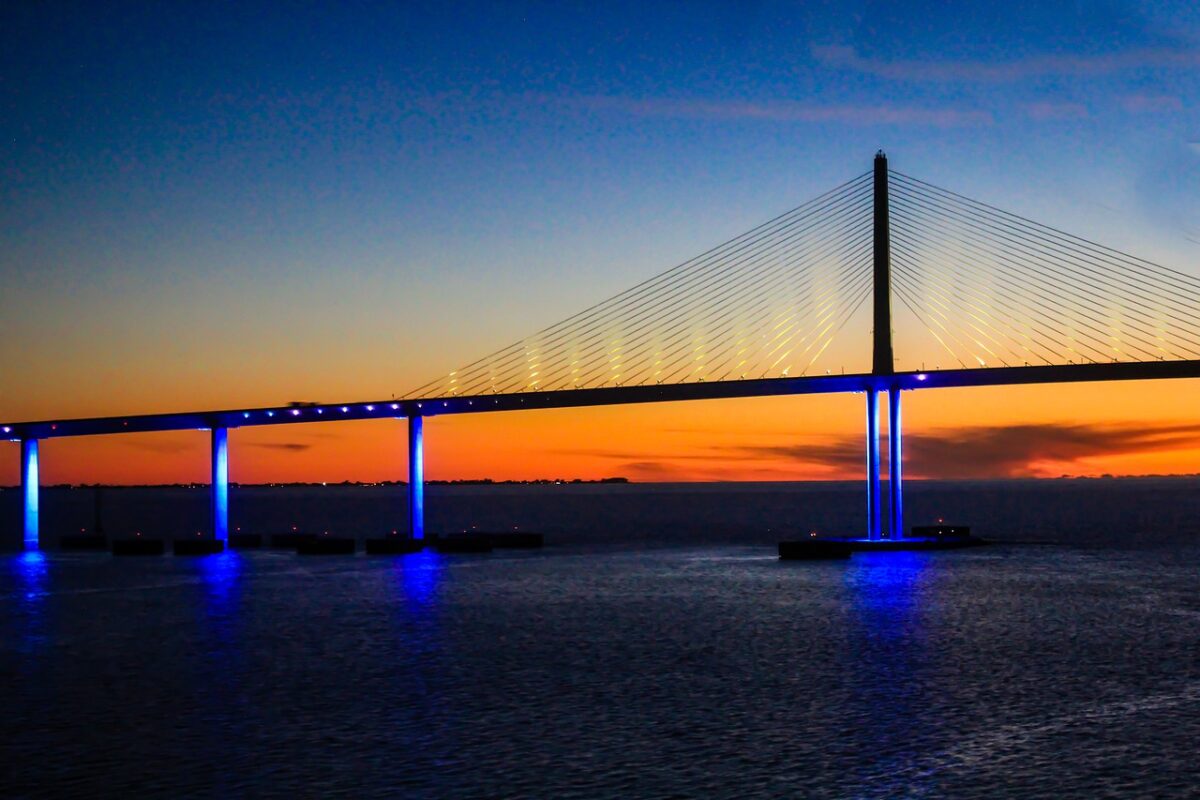 Bitcoin hit the $52k-mark but ran into strong sellers and was unable to push higher. LUNA touched its all-time high at $103.6 and was pulling back, at the time of writing. Momentum had swayed back in favor of the bears, but the $84-$86 area has served as support in recent days.

A failure to halt the bears at this level could swiftly take the crypto back to $72. 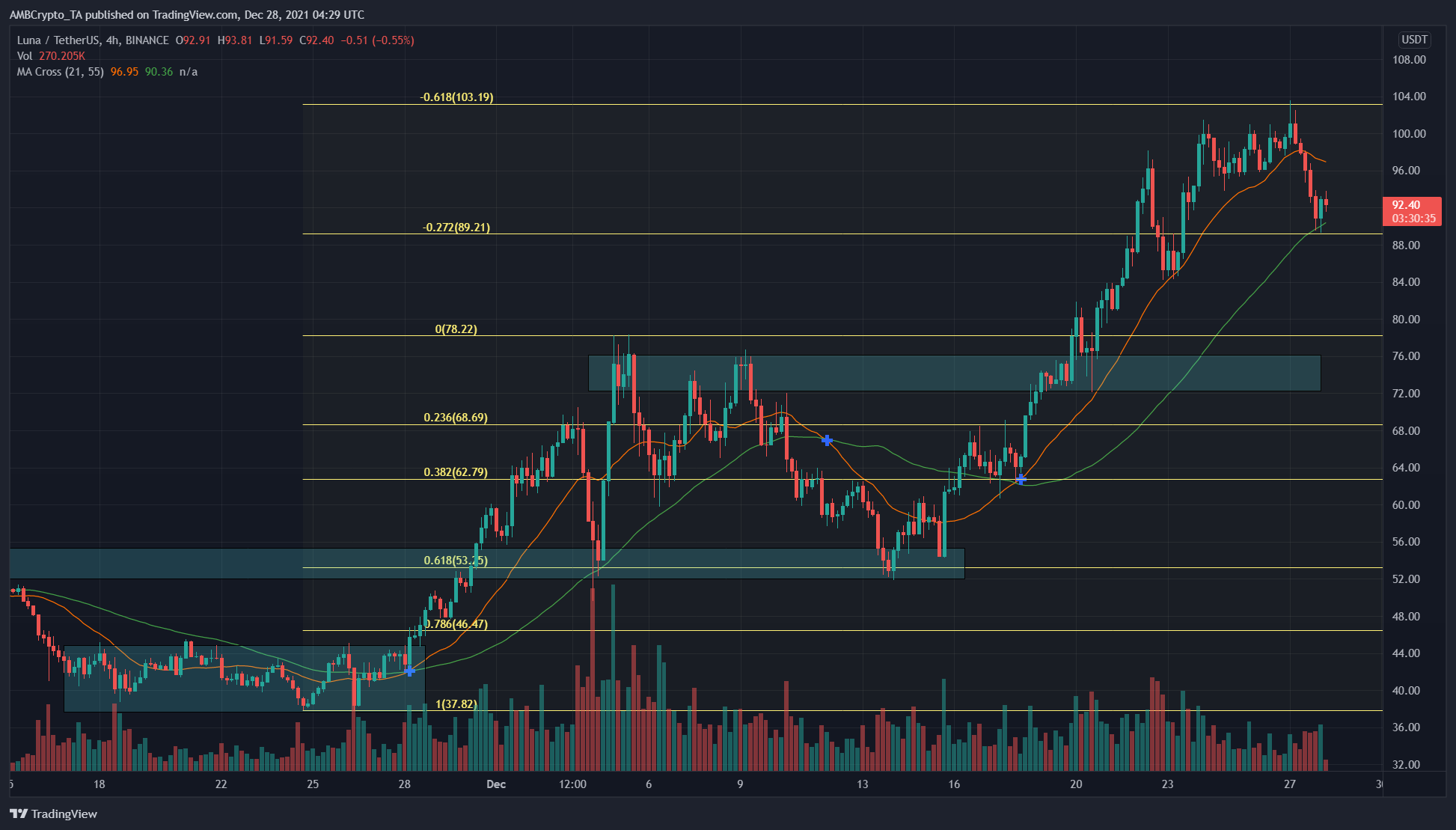 The ATH of $103.6 was very close to the $103.19 extension level where sellers asserted their will on the market. The 21 SMA (orange) on the 4-hour chart has acted as support for LUNA on its uptrend over the past couple of weeks, but it couldn’t hold on during the third test.

At the time of writing, the 55 SMA (green) had some confluence with the $89.2-level, with the $84.5-level as another area of possible demand for LUNA. A close beneath $84 will likely take LUNA to $72 in search of liquidity. 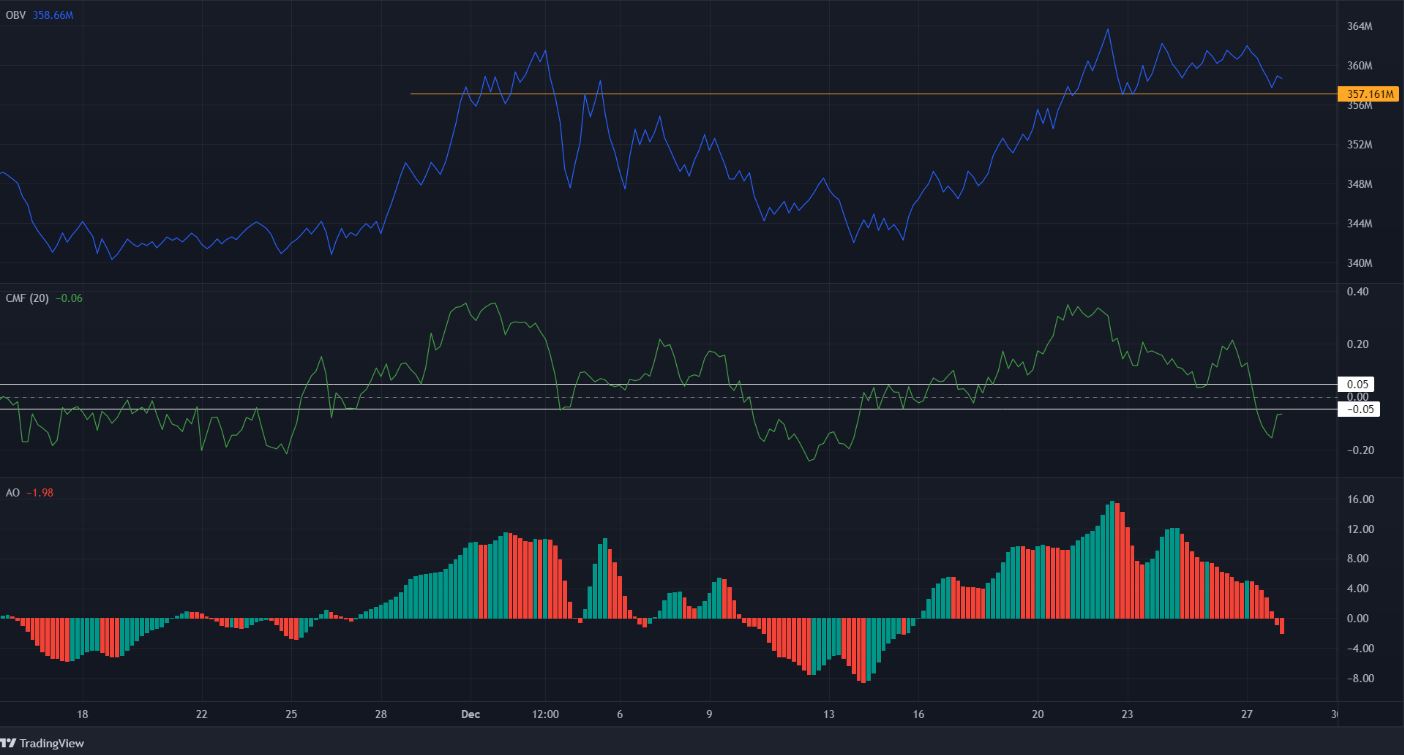 The Awesome Oscillator slipped beneath the zero line to show bearish momentum, while the CMF was also under -0.05 to show capital leaving the market. Both underlined seller strength.

The OBV neared a level of possible support (orange). If the OBV closes beneath this, it would be more likely that LUNA prices would also drop. The inference here is that the buyers simply haven’t been able to absorb all the selling pressure and are close to exhaustion and could soon capitulate.

The $72-$76 area (cyan box) would be the next area where buyers can be expected to put up a strong fight. Especially if LUNA loses the $85 area.

Bitcoin was unable to climb past $50k and LUNA found support at the $89-level. Momentum seemed to be leaning towards the bears, with the moving average crossover (21 and 55 periods) unseen seen on this timeframe.

Both Bitcoin and the $89-area will be under close scrutiny by LUNA bulls for signs of buyer strength.

StarMon expected to be first Metaverse game to go viral in 2022!