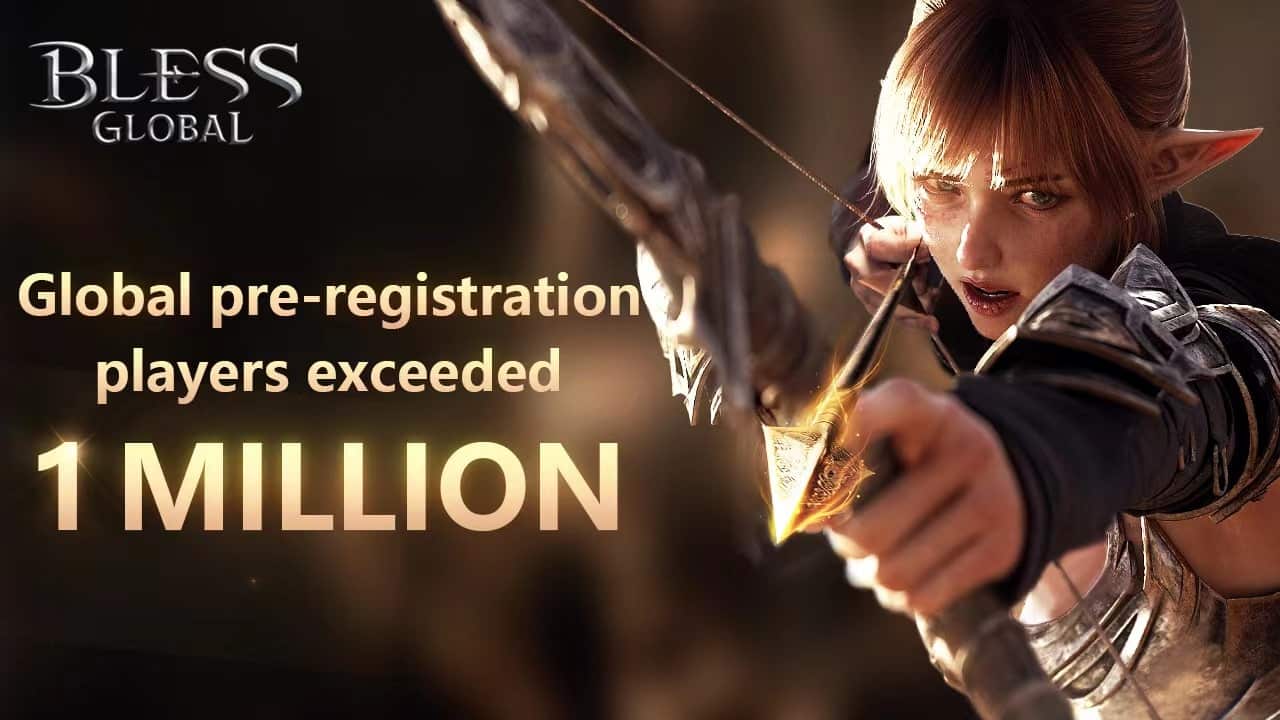 The latest news has shown that Tigon Mobile, a subsidiary of South Korean listed company Longtu Korea, revealed on Oct 18 that pre-registrations for its AAA GameFi MMORPG Bless Global had surpassed 1 million people. A good reputation and high expectations from users together contributed to its exponential growth, which has drawn massive attention and heated discussion among various communities.

The game combines the original Bless IP with the P2E (play-to-earn) gameplay, which helps Longtu Korea make a strategic move towards the Web 3.0 era. Before that, the company’s GameFi Yulgang Global already won plenty of praise from over 5 million players once released. It is therefore fair to say that with an improved design and a sustainable economic model, Bless Global will create new waves around the globe and add spice to the world of Web 3.0.

A Market-Proven Model of Popular IP plus GameFi

The PC game Bless, a medieval fantasy MMORPG developed by Neowiz, has received unanimous praise from the media for its stunning graphics. Bless Unleashed, a remake of Bless by Neowiz powered with the new UE4, has become another global hit as one of the best Korean games on major platforms. Bless has also gained great popularity in Asia, making it to the Top 12 Best Sellers in the Store.

Bless Global kept the original content and background of Bless, perfectly depicting a vivid medieval fantasy world with epic storytelling and console-level graphics. With diverse gameplay and scene design, the game has been tailored to the needs of users who have different backgrounds and preferences.

In Bless Global, players can explore different gameplay, such as dungeons, PvP, PvE, resource collection, and cultivation. It also supports P2E mining and transactions. Unlike any other traditional MMO games, the Web 3.0 game Bless Global grants players greater flexibility in ownership, control, and trade of their in-game assets and collectibles.

Looking back, the GameFi model has gone through several cycles of ups and downs. The GameFi 1.0 model built by Axie Infinity combined NFTs with P2E. But with lacking gameplay, it soon became a flash in the pan. Then came the age of GameFi 2.0, which was led by Stepn and incorporated NFTs in X to Earn. The model made several gameplay improvements, but still, it was not enough.

The gameplay lacks diversity, development work was challenging, and the lifespan was short. Neither of the models could solve the underlying issue: the bots and scalpers who took advantage of the mechanics for their interest. With both models, players focused on earning and tended to sell the tokens they got to quickly earn their money back. But it cost a lot for users to enter. That’s why these models couldn’t last long. Once the company fails to monetize the game when a great number of users come in, it’s very unlikely that the game ecology could be maintained or its lifespan last long.

Not until GameFi 3.0 did the general public start to grow faith in the model. The new age started with Big Time and Bless Global who learned their lessons and figured out something new.

Big Time applied the Free-to-Play (F2P) model by providing tradable NFTs and non-tradable in-game Gears, which ensured a smooth gaming experience for those who didn’t pay to win and improved that of those who purchased NFTs (mostly virtual assets like Gears, Ornaments, and Mounts which will not affect the overall game balance). There were also P2E follow-up plans to secure a solid user base through F2P and increase revenue by encouraging Web 2.0 users to join the Web 3.0 world. Focusing on the open-world gameplay, however, Big time now only has a limited number of users, and whether it can succeed remains to be seen.

Bless Global, on the other hand, has reportedly integrated the advantages of all three models mentioned to ensure an ultimate gaming experience for its users.

Bless Global is published on the platform PocketBuff, which allows users to log in with mainstream social media accounts—anyone can join. PocketBuff is also embedded with a secured payment system that helps users to purchase cryptocurrencies with their credit card in a minute.

The company does not plan to issue tokens in the short run. Instead, it will focus on NFTs, Mystery Boxes, and non-tradable Gears first to ensure an enjoyable game environment, a stable P2E game lifespan, and enough space for user acquisition.

Bless Global incorporates the IP and the original gameplay of the web 2.0 game Bless. The relevant data shows Bless has attracted tens of millions of loyal users. Its publisher Longtu Korea has proven to provide quality game services for over 200 million users in the past ten years. Undoubtedly, the unique storytelling and diverse gameplay of Bless Global will offer its players a perfectly immersive experience, which means more opportunities to explore the value of NFT assets.

The NFT-centered GameFi web 3.0 model allows the game to secure its foothold against the backdrop of a token’s downturn in a bear market. Meanwhile, it encourages users to focus on the gameplay, not just P2E. The value of assets is anchored by in-game item rarity and players’ preference, which helps build a more reliable transaction system.

This inimitable model will be the optimal solution for the industry at this moment and any time in the future, for it has found the perfect balance between ownership, creativity, the community, and the game itself. Making the game more interactive and fun, the model will also transform people’s perception of the game genre.

It is said that the Beta test of Bless Global will start officially in November with several airdrop events to be held in the coming days. For those who are interested, please follow Bless Global official on Twitter to join the event early and get more updates about the test.