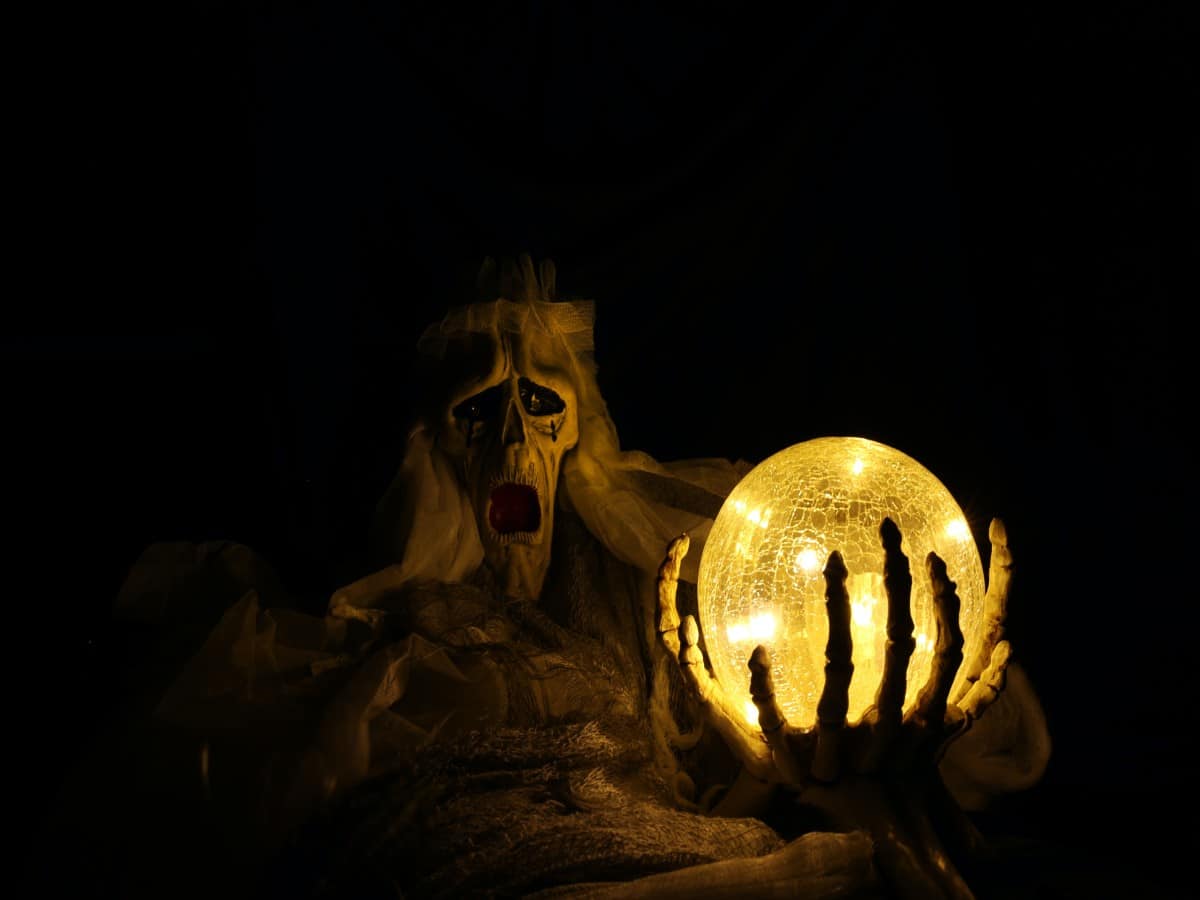 Dubbed the “Ghost Protocol,” the downturn in the general cryptocurrency market led to a fall in Aave’s [AAVE] revenue in Q3, Messari found in a new report.

In its Q3 assessment of the cryptocurrency lending platform, Messari revealed that due to a 42% drop in outstanding debt on Aave, its revenue within the 90-day period fell sharply by 35%.

Amongst all the chains within which it runs, Aave’s deployment on the Avalanche network suffered the most drop in revenue during the last six months.

As reported by Messari, Aave’s revenue on Avalanche in the last six months totaled $10.65 million, having dropped by 53%. Conversely, its deployment on the L2 scaling blockchain Optimism [OP] recorded the most growth in revenue as this rallied by over 13,000% within the 6-month period.

Interestingly, in spite of a 44% decline, its deployment on Ethereum [ETH] logged the highest revenue within that period. 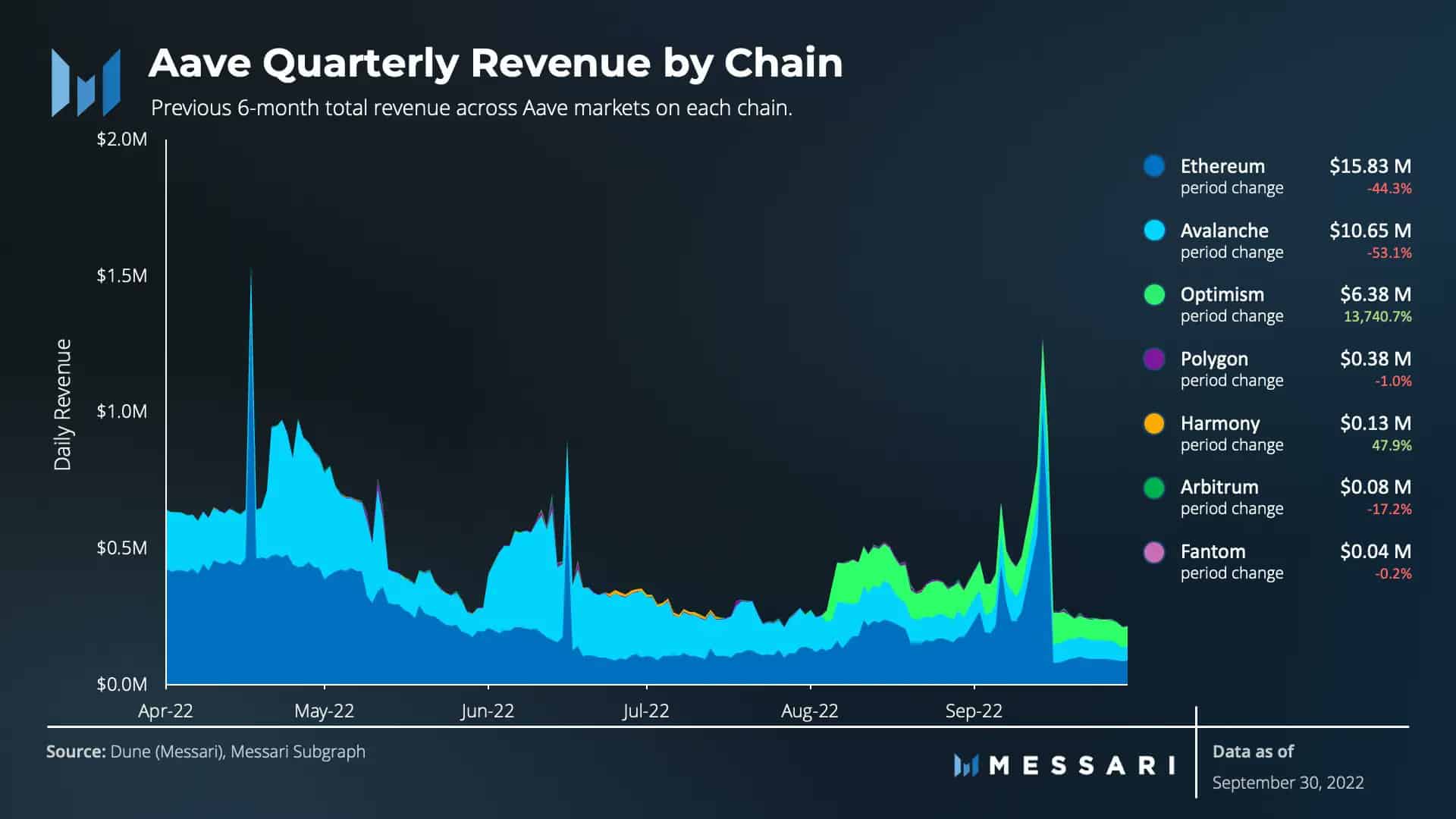 Furthermore, as regards the quantum of revenue by token made by Aave in Q3, Messari discovered that the stablecoin revenue share on the protocol fell by 60% between July and September.

According to the report, Aave’s DAI revenue saw the most decline in the last five quarters. With just $4.06 million total in DAI revenue since Q3 2021, this fell by 58%.

It was followed by its USD Coin (USDC) revenue, which also dropped by 52.2%. On the other hand, Aave’s Wrapped Ethereum [wETH] revenue recorded the most gains in Q3 as borrowing demand surged due to the Ethereum Merge. 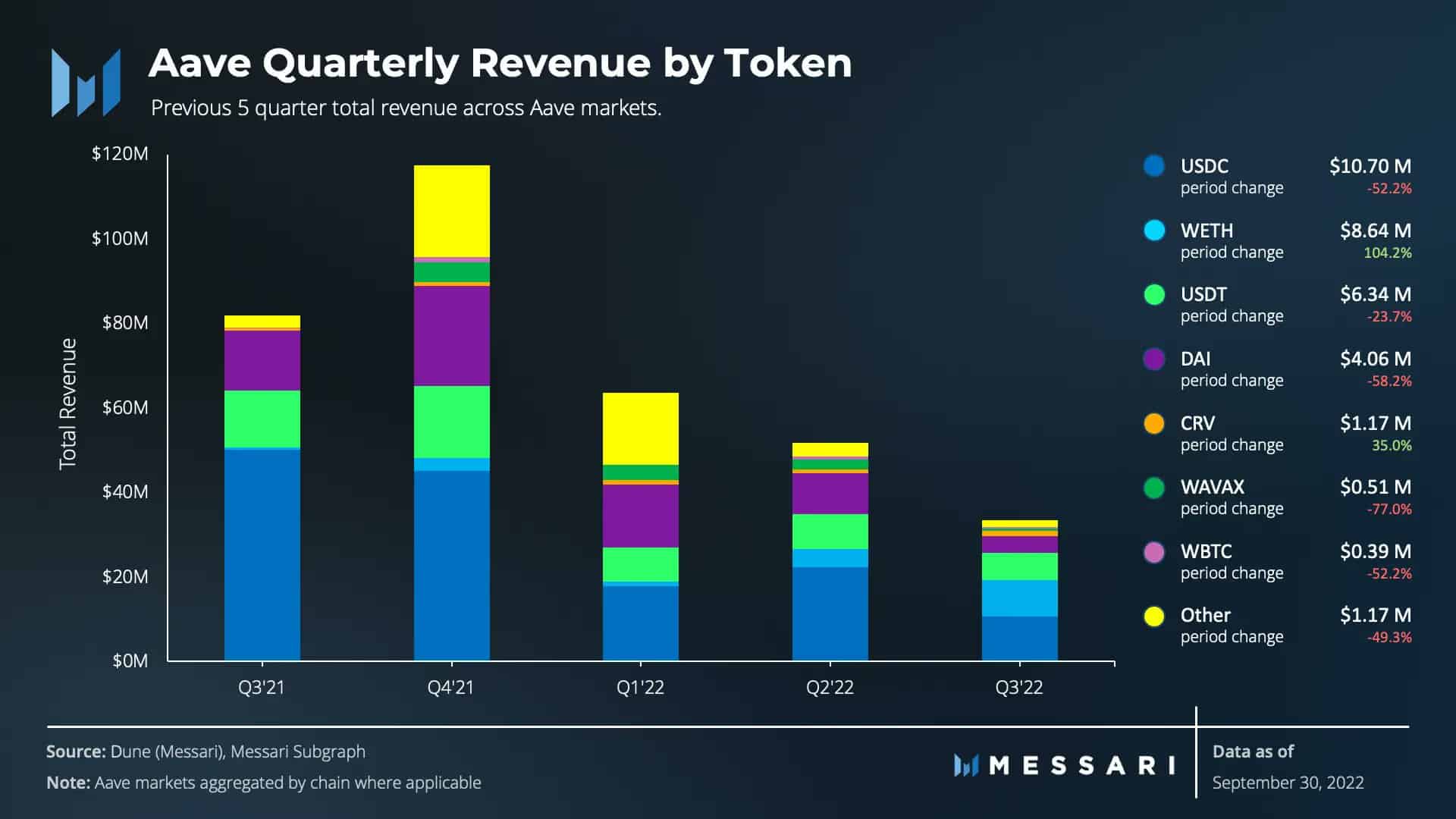 Interestingly, Aave saw a surge in overall user activity in Q3. Daily and first-time users on the crypto lending platform grew by 49% and 15%, respectively.

According to the report, Aave’s deployments on Optimism saw the most growth in daily active users in Q3. This was followed by the protocol’s deployments on Arbitrum and Polygon, which grew by 90% and 57%, respectively. 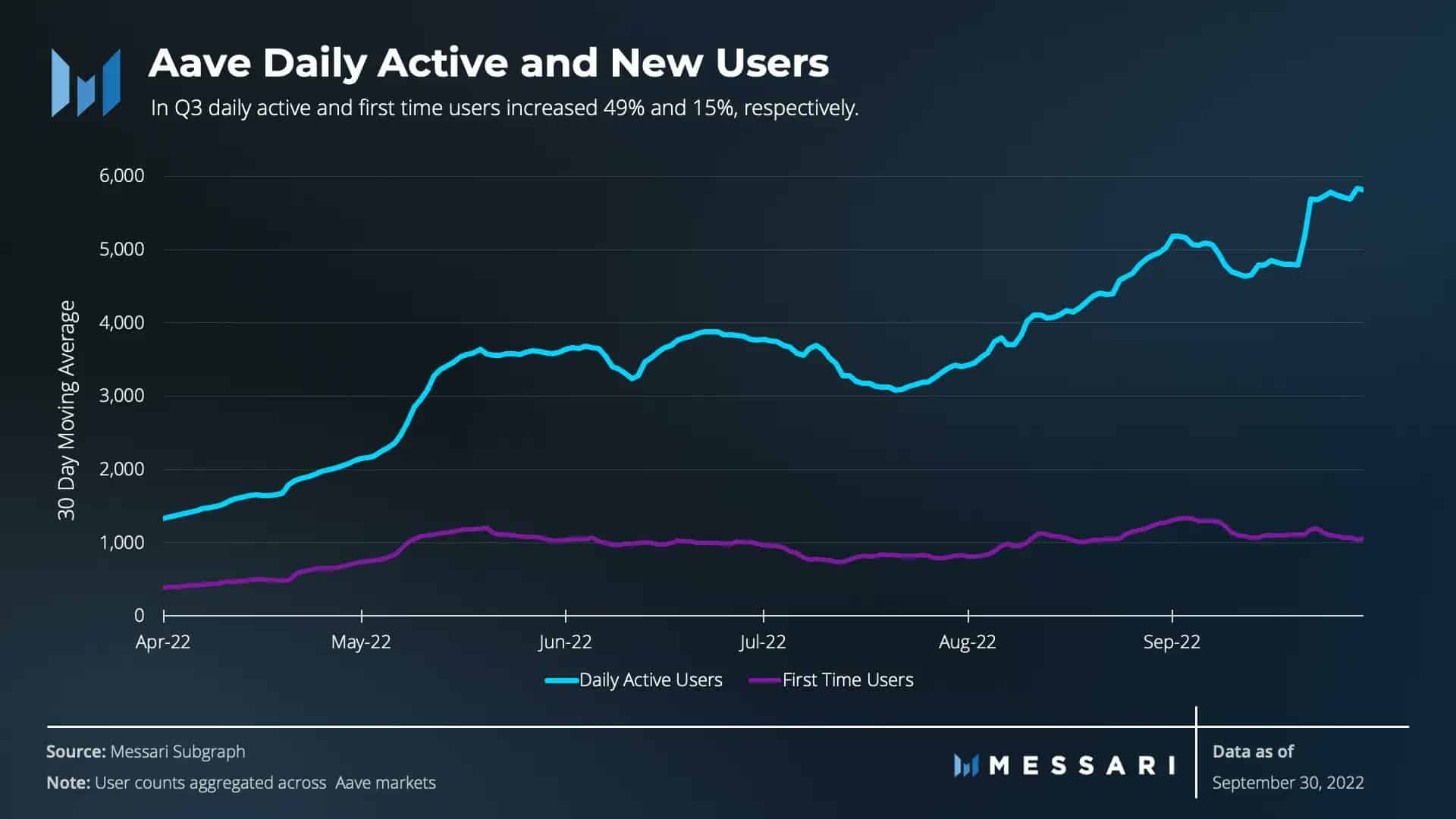 AAVE in the last 24 hours

Per data from CoinMarketCap, AAVE traded at $84.12 at the time of writing. Its price was up by 1% in the last 24 hours, while its trading volume rallied by over 30% within the same period.

On a daily chart, AAVE traded in a tight range and has moved in that manner since mid-October. Since the end of October, less liquidity has been pumped into the Aave market.

Instagram users will soon be able to mint and sell NFTs, thanks to Polygon