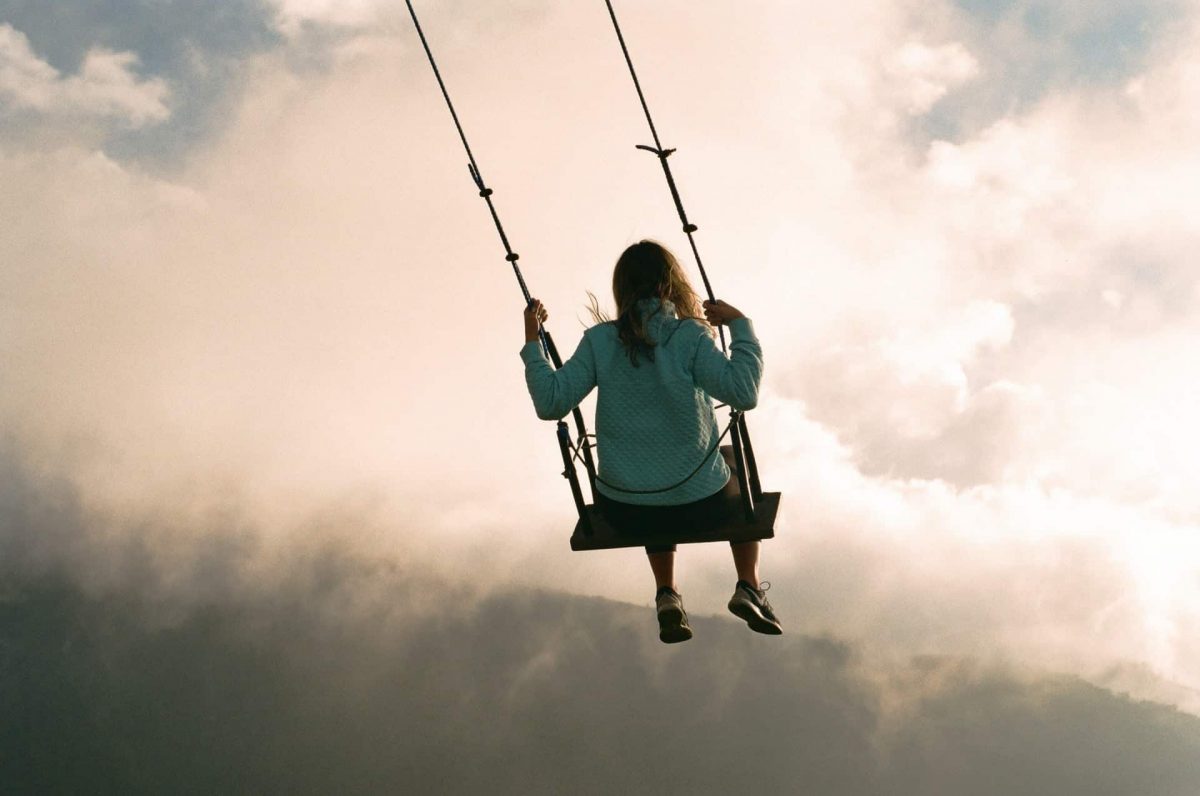 AAVE has been hovering within a long-term resistance line after concluding July on a bullish trajectory. Its price has been treading near the same level for the last four days, seemingly unsure of the next move.

It’s here to be noted that AAVE investors are currently stuck in limbo as the market contemplates the next move. 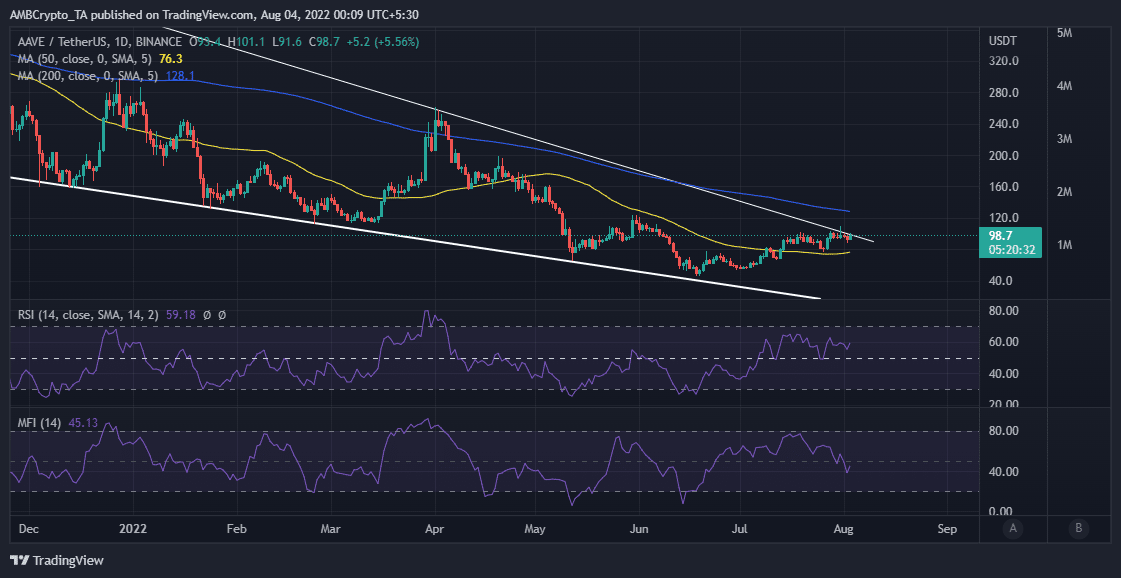 Although AAVE has been hovering near the $100 price level for the last few days, the Money low indicator reveals significant outflows for the past two weeks.

At press time, the RSI remained within the neutral range, and this may explain the lack of buying pressure despite the upside.

On the other hand, the outflows do not explain the lack of downward pressure. A closer look at some of its on-chain metrics may provide more clarity.

This outcome means new investors have been buying near the current level, thus resulting in the MVRV ratio’s drop.

New investors buying near the current top may explain why the price has so far managed to overcome any sell pressure.

Now, the question is whether AAVE’s upside can hold on.

AAVE’s supply distribution reveals that addresses holding between 100,000 and one million AAVE coins reduced their balances significantly in the last week of July.

On the other hand, addresses holding more than one million coins have been accumulating, thus supporting the current price level. This explains the current stalemate between the bulls and the bears.

A strong shift in outflows within the next few days will likely push AAVE out of its current zone. 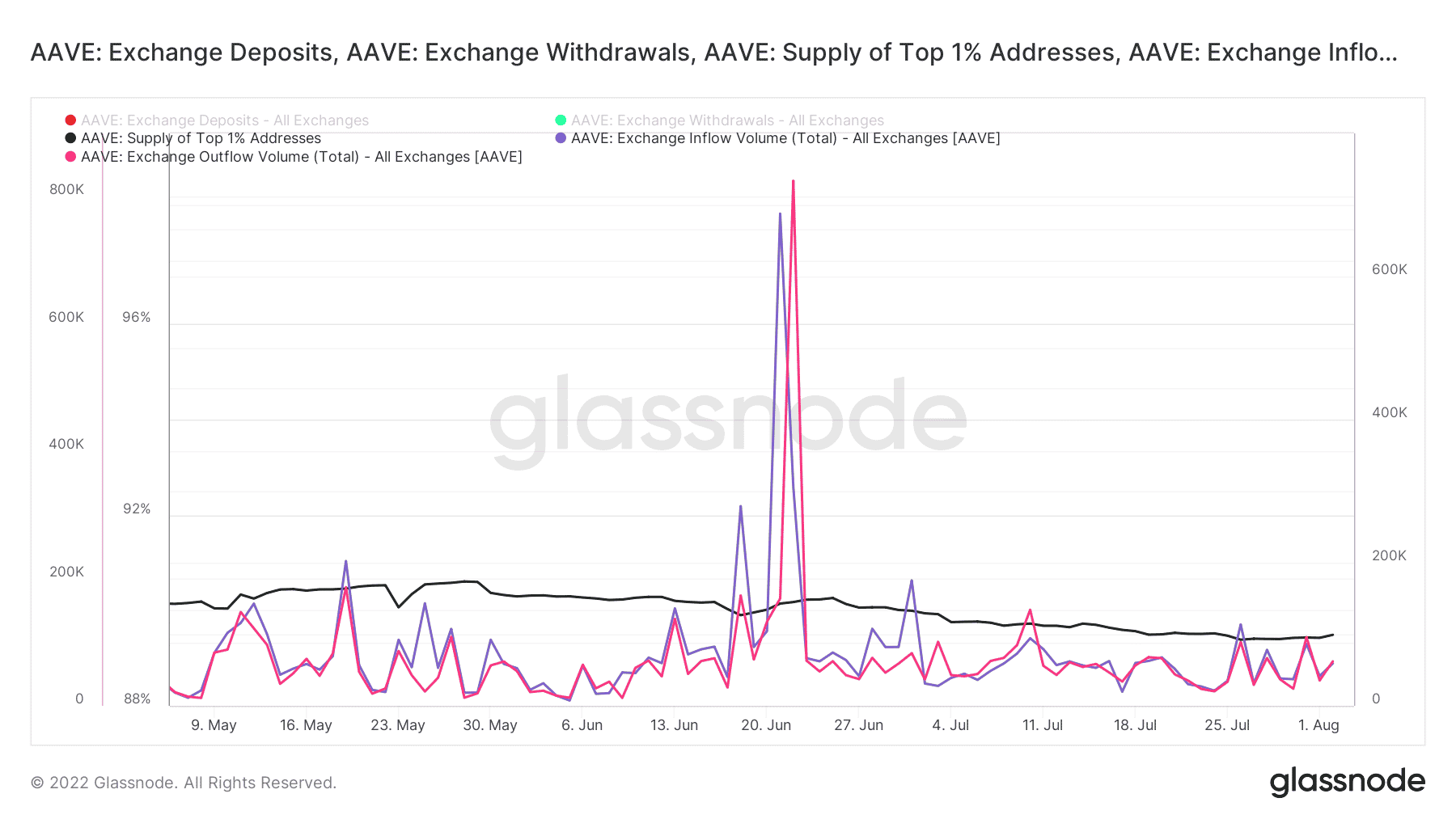 This is a healthy sign for the bulls, but investors should keep an eye out for potential events that may sway the market.