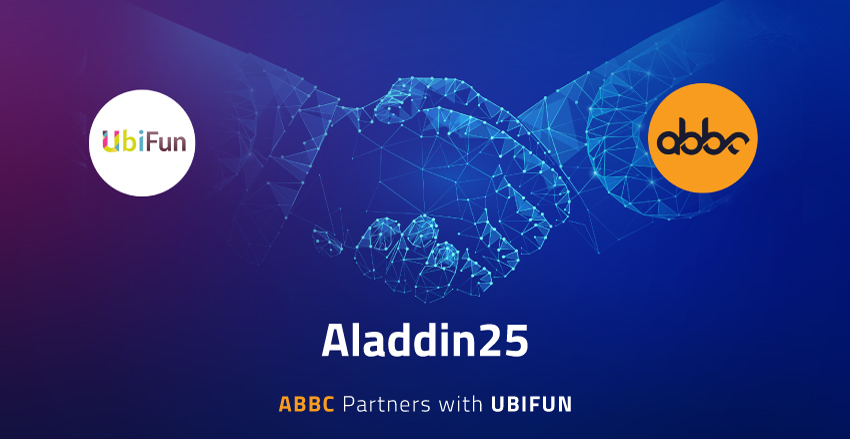 ABBC Foundation recently inked a strategic partnership with UbiFun, a mobile platform development firm based in South Korea. Consequently, the partnership officially cements the appointment of UbiFun’s CEO Stanley Park as ABBC Foundation’s CTO from now on.
UbiFun is an award-winning game development platform which began in 2002. Formerly called Copersons, UbiFun has already partnered with reputable organizations like Kakao Corporation and Cogame, and launched various games such as Sky Hero Duribun, Dekaron, Hoola, and more. It received an award the Korea Association of Information and Telecommunication in 2008, and it has since then been expanding to develop digital platforms other than mobile games. You may visit their website here!
This partnership is critical to the success of Aladdin25 shopping mall, the biggest project ABBC Foundation has to date. UbiFun will be the official testing partner of the platform. Stanley’s first official task as the new CTO of the foundation is to manage the online shopping platform’s overall testing phase, which will last for at least a few weeks, and which will be held in South Korea.
Aladdin25 has been in its testing phase for months, and ABBC Foundation hopes that this ongoing testing will prove fruitful. The shopping mall platform is good to go, and the foundation is taking the extra mile in ensuring a seamless shopping experience for cryptocurrency users.
As mentioned above, Stanley will join CEO Jason Daniel Paul Philip in steering the direction of ABBC Foundation to revolutionize the eCommerce industry through the use of blockchain technology.
According to ABBC Foundation CEO Jason Daniel Paul Philip:

“We are beaming with joy as we see all of our efforts come to fruition. It’s all coming together, and we cannot be more honored of collaborating with our South Korean brothers at UbiFun. I am exceedingly proud to welcome Stanley as our foundation’s CTO moving forward.”

Aladdin25 is a project of ABBC Foundation, and was incubated for roughly a year since its conception in early 2018. All of the world’s most famous shopping malls and platforms are integrated in its platform. Users can search for whatever product they prefer on these platforms and pay through cryptocurrencies like Bitcoin, Ethereum, ABBC Coin, and others, as previously announced by ABBC Foundation CEO Jason Daniel Paul Philip in a press release. Users are guaranteed fast shipping and less hassle. Soon, Aladdin25 will become the world’s leading online shopping platform.
Aside from Aladdin25, ABBC Foundation is launching an upgraded version of its multi-crypto wallet app, which has unique features and functionalities. Further information about this wallet app will be disclosed in the near future.
For more information about ABBC Coin and their partnerships, check out their official online channels.
ABBC websites: ABBC Foundation and ABBC Coin
ABBC Foundation social media channels:
Telegram
Facebook
Instagram
Twitter
LinkedIn