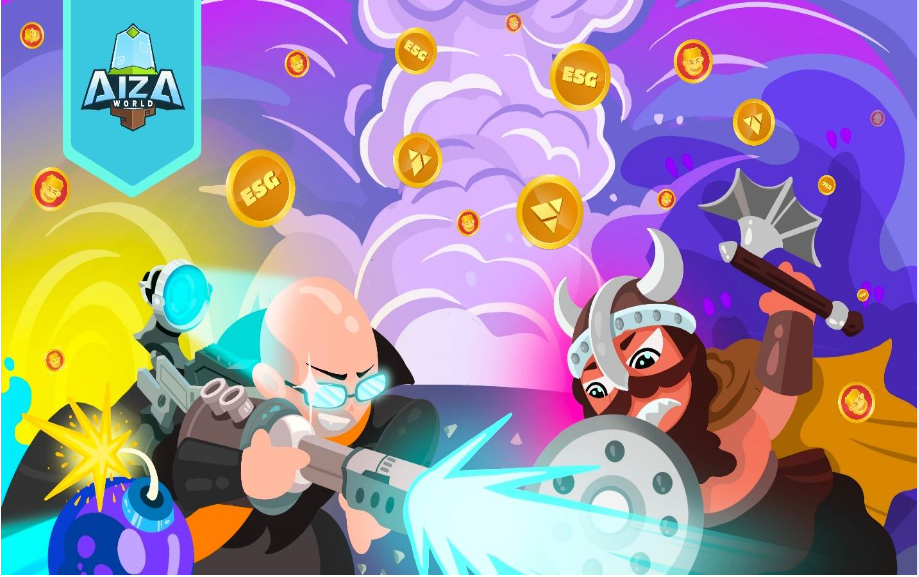 Aiza World is a leading metaverse NFT Game company that transacts ESG in a parallel impact world. With an Impact and ESG-driven world still struggling to make meaningful inroads, the Metaverse should not be a mirror of a broken system that merely extends from a hostile war-torn society to an online web3 replicas of darkness. Aiza World is a shining exemplar of what a values-driven world should be enabled, where being good can be qualified, measured, and transacted.

Loan – for – Play: The unique selling point of Aiza World

Aiza World is a Metaverse blockchain-based serial game, refining the new protocol of B2B as second life and platform for value exchanges in terms of ESG missions where NFTs represent the key to unlocking a new era of personal values.

$AIZA is the BEP-20 governance token of Aiza World. The utilities of $AIZA include but are not limited to staking tokens, playing the game, participating in auction sessions, and NFT trading. With NFTs, players can build their army and conquer challenges in PVE games, and fight with other players through PVP events and upcoming features to get the in-game token, which is named by the sound of happiness, $AHA.

Aiza World is the pioneer in NFTs collateralized loans. Worry-free about financial obstacles and firstly enjoying the happiness in Aiza World is the direction we would bring to our people. Not only do we place a monetary value on people, but we also recognize their worth by rewarding them in various ways for their contributions. 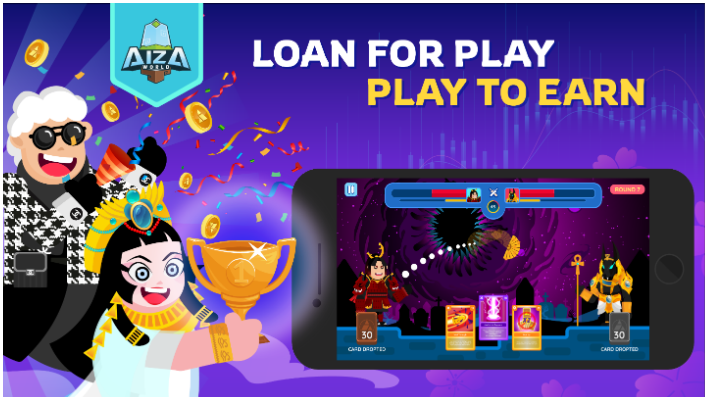 Easy – to – Earn in Aiza World

In Aiza World, users can earn $AIZA tokens by purchasing NFTs in the game through the marketplace. These NFTs are used by players using their skills in combination with attack and defense cards randomly spawned in the game to win over other players with various terrains.

Diversified fighting styles are one of the plus points of Aiza World, which creates a strong attraction for even new players who want to earn in-game rewards. The project has plans to expand to several game series around the NFTs players’ own in the foreseeable future.

The first game series that Aiza World launched was Sniper Master; through the trial version, the project has received positive feedback from investors and game players worldwide.

Through early investments in this game studio, Aiza World has raised $1M from several international investors in the first round of funding, such as OneBlockLabs, BFRI Singapore, Kretos Ventures, etc.

A fantastic and cohesive team founded Aiza World. Based on more than 13 years of experience in the technology development and game publishing industries, Henry Nguyen and his close companions ultimately enhance Aiza World to build a genuine metaverse product and valuable NFTs in the virtual world and the actual world.

The team believes that with the Aiza token, the project also helps create social impact and job opportunities for every walk of life, so the graphics and characters in the game are designed in the direction of flat design, which is unique compared to other game series.

The Currency of the Metaverse: A World Driven by Value and Values

With the development momentum of the project, Aiza World is still receiving much global attention from the investor communities and backers.

Recently, Olinga Ta’eed, Ph.D. FIoD, a Metaverse Gamefi pioneer, has been appointed as the Non-Executive Chairman of the Board of Aiza World. He currently serves as a council member and an expert adviser for the ‘China E-Commerce Blockchain Committee,’ which is a part of The Ministry of Commerce of the People’s Republic of China.

He is internationally recognized in cryptocurrency, but the key to his appointment to Aiza World is his international recognition as the leading authority in the movement of value – measurement, transaction, and delivery. Since 2013, he has been the director of the not-for-profit think tank, The Centre for Citizenship, Enterprise, and Governance (CCEG), with over 200,000 members.

CCEG and Aiza World aims to further develop the Microshare token as the currency of the Metaverse and implement it within decentralized gaming.

Currently, Aiza World is holding many challenges for all valid participants to earn $AIZA tokens. In each airdrop campaign, everyone participating will get ONE ticket to spin the lucky draw with a chance to get a valuable gift in a golden box.

Moreover, #Aizaworld will officially launch IDOs on the three reputed Launchpads: IndoEx, P2PB2B, and VinDAX, on April 26, 2022. More information about the 3 Launchpads of April will be revealed on Aiza World Official Channels.