Algorand [ALGO] found brief support at $0.1809 after a sustained downtrend since early November. At press time, ALGO was trading at $0.1924 and could move higher if the bulls maintained their momentum.

Such an upward move could see ALGO either retest or break through previous support at $0.2186, which served as immediate resistance at the time of publication. 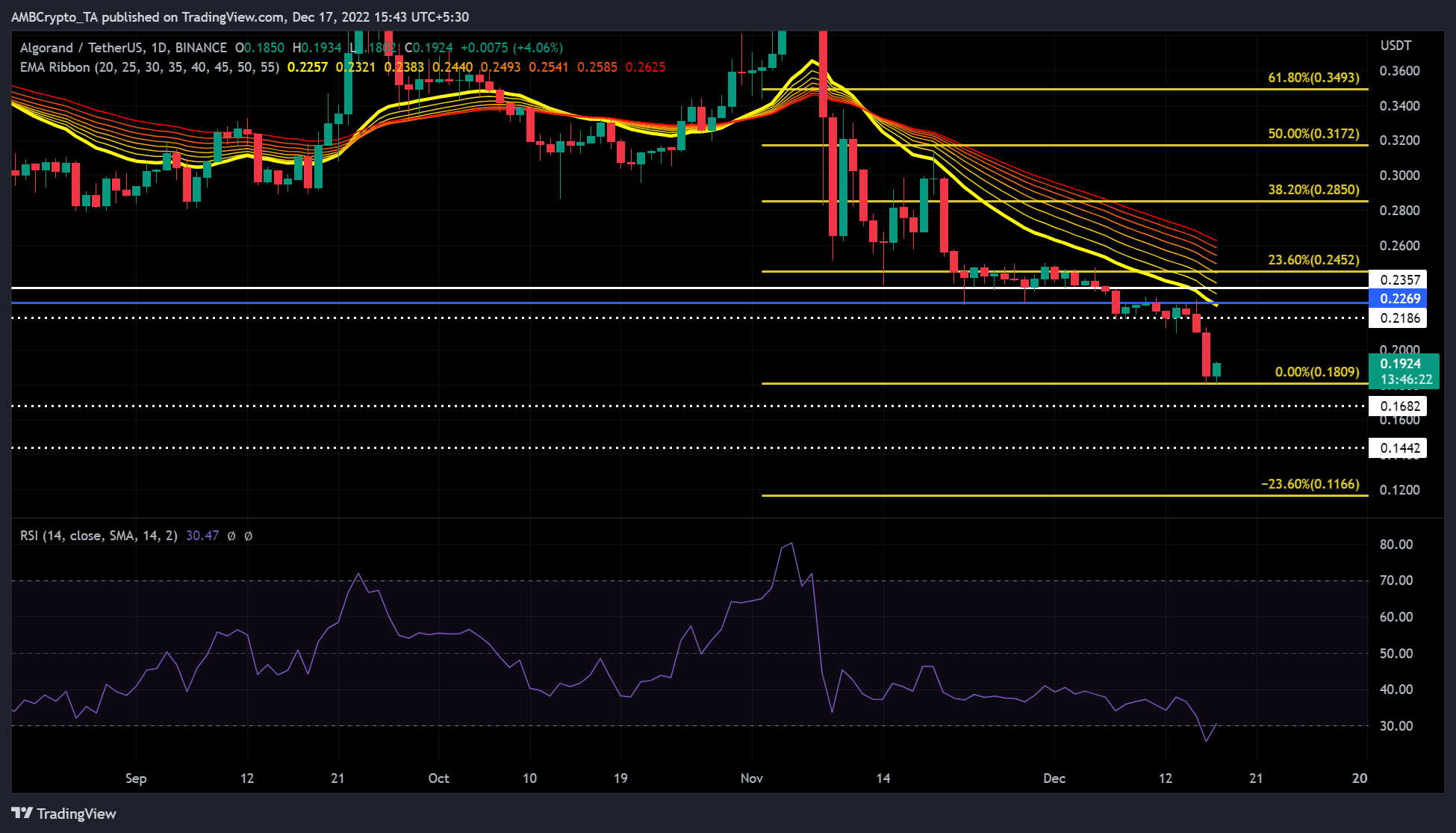 At press time, ALGO’s Relative Strength Index (RSI) pulled back from the oversold area. This indicated that sellers were exhausted, and buyers gained influence due to the increasing demand for ALGO at its lowest price.

Should the bulls gain a larger advantage, ALGO could be pulled higher to break through immediate resistance at $0.2186 or the Exponential Moving Average (EMA) ribbon at $0.2257.

However, ALGO bulls only have a clear advantage if they break the 23.5% Fibonacci retracement level at $0.2452.

ALGO saw an increase in development activity, but …

According to Santiment, ALGO saw a sharp increase in development activity since 14 December.

Such buying pressure could reinforce the uptrend and push ALGO to retest or break the immediate resistance level of $0.2186.

A bearish Bitcoin [BTC] price could complicate the situation for ALGO bulls. Any downtrend in BTC will drag ALGO lower and invalidate the bullish bias described above.

Chiliz shrinks >16% but ETH whales have different plans for CHZ

Bitcoin: Why good things may not come to all who wait especially as BTC hits…