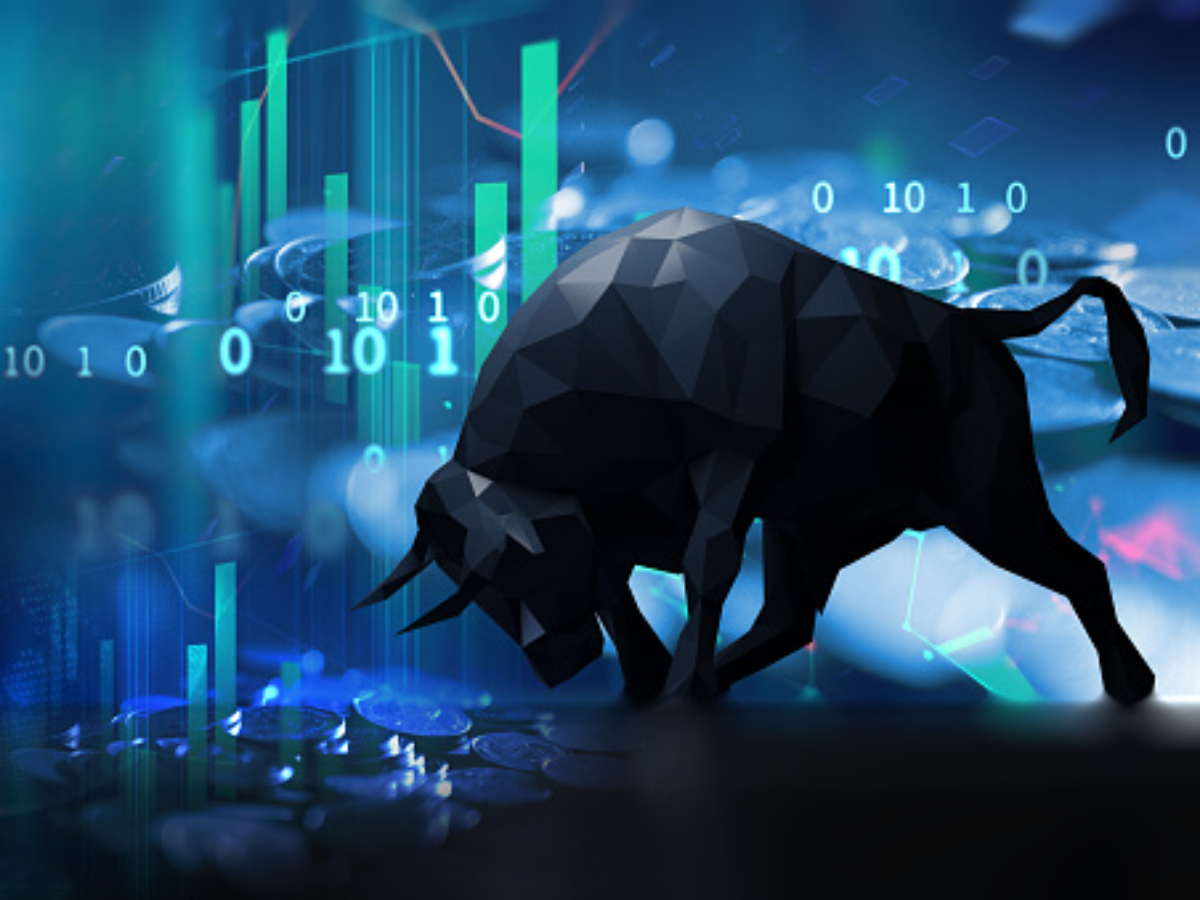 Algorand has witnessed significant growth in 2021 and going into 2022 the asset aims to expand this growth and take the network to the next level. And its most recent attempt at the same appears to have been rather successful.

After launching Algofi this month, Algorand further established a liquidity incentive program worth $3 million. The effect of this announcement was rather positive as Algorand’s TVL shot up by 40%.

Consequently, the price action has been moving accordingly as well. Up by 33.5% in the last 9 days, the altcoin is slowly recovering from the 45% fall it faced over the last 3 months. 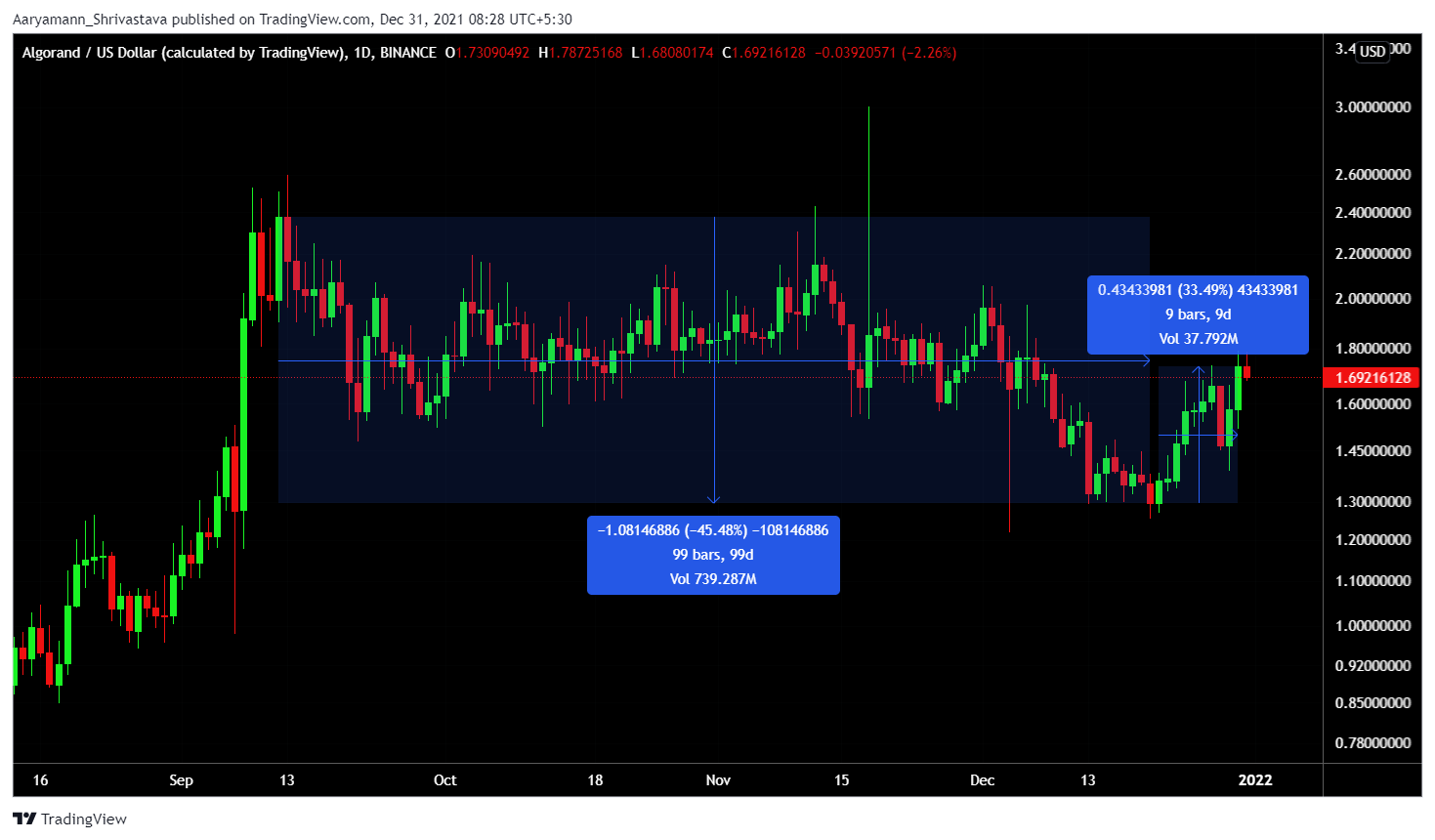 This development could surely serve as a revitalization for the investors whose confidence had been waning owing to the lack of profits. This is why at the first sign of recovery on 15 December over 300k investors sold for profit and exited the market. 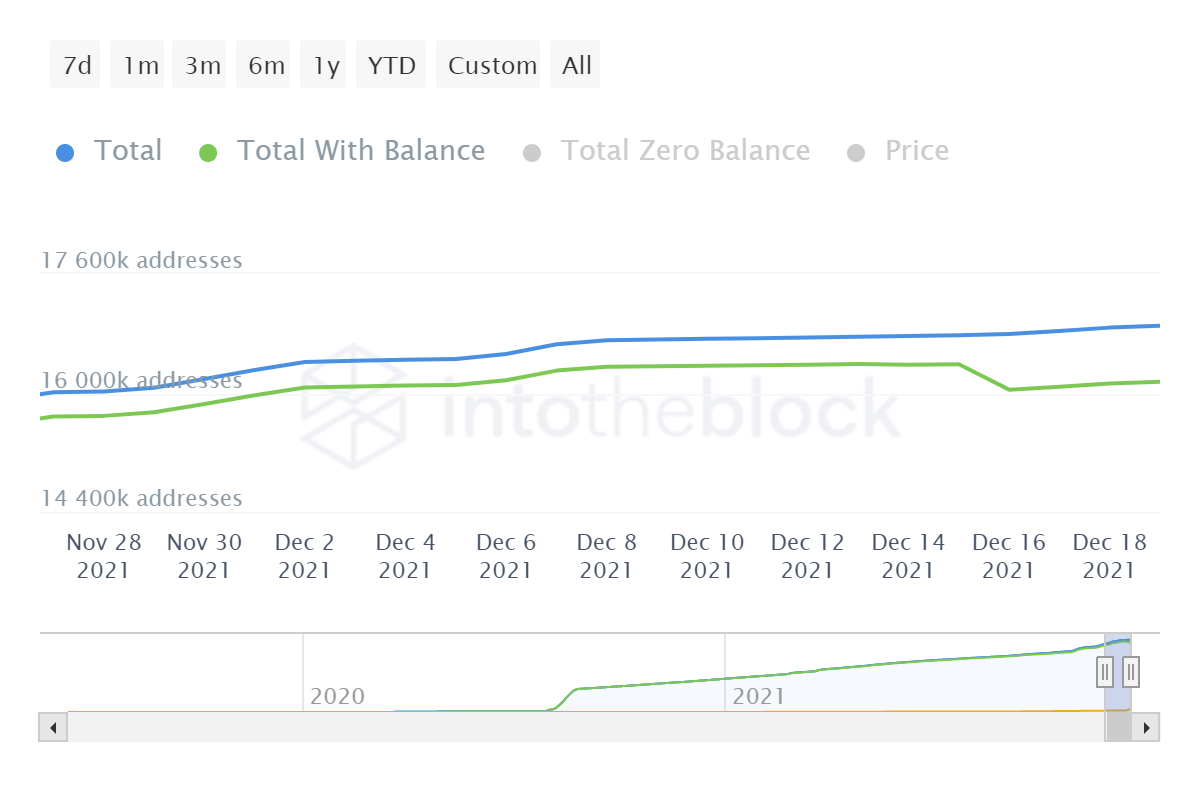 However, the most interesting thing here is that despite the price action, ALGO holders haven’t been suffering losses. In fact, up until November, less than 5% of investors were observing losses if any.

Although at present about 19.3% of investors are at loss, this is still better considering the state of other altcoin holders.

The reason behind this is that over 81% (13 million) of all investors on the network bought their ALGO around the all-time low prices. This makes them pretty much invulnerable to losses since ALGO won’t be crashing that far. 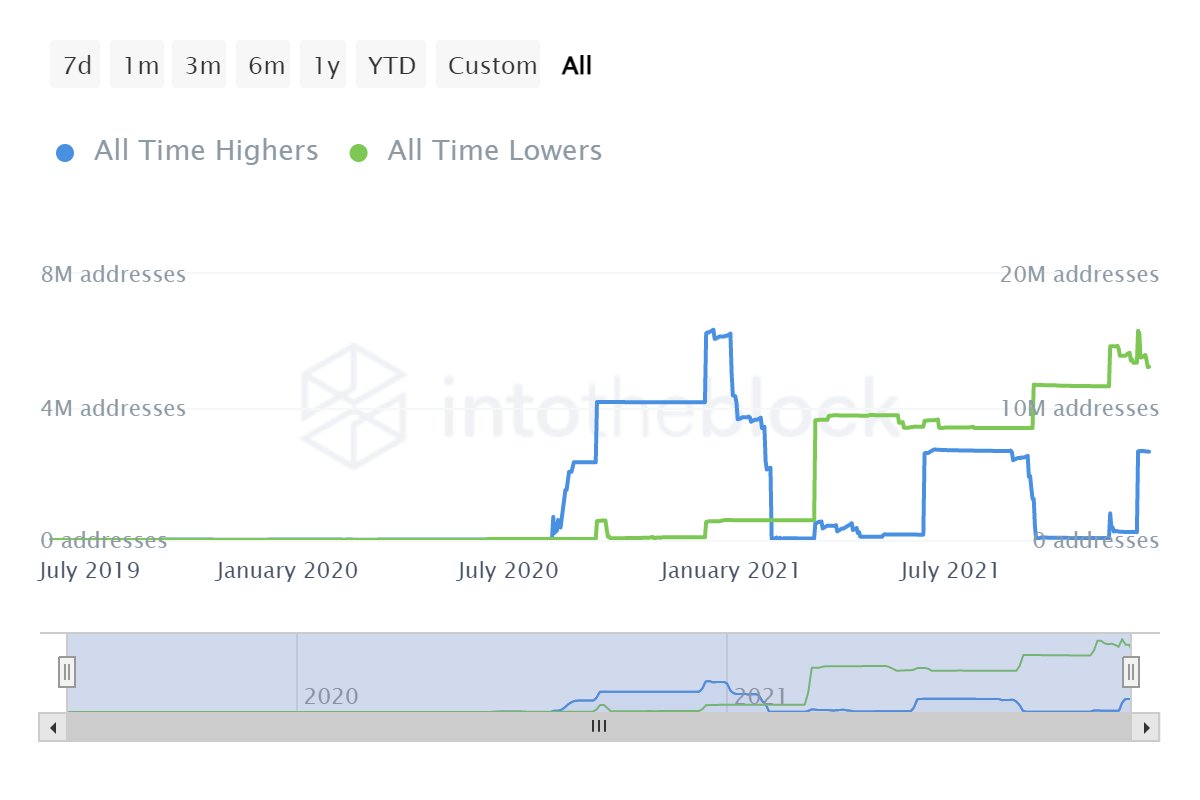 Secondly, more than 50% of these 13 million investors are also long-term holders which is also why they didn’t suffer as much in the last 3 months because when they bought their ALGO it was still trading at $0.3. 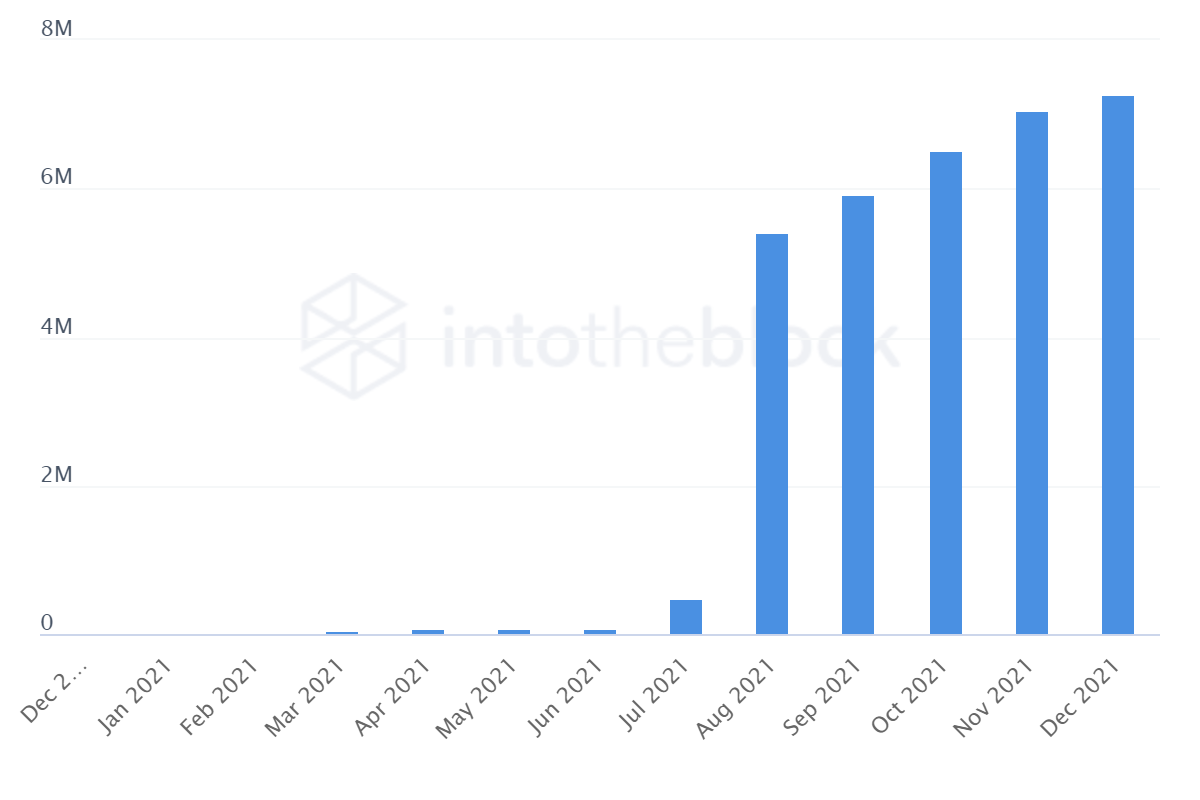 As of today, Algorand is only 70 cents away from marking a new ATH and for the altcoin to achieve this, its investors need to show some patience. Selling at the first sign of profits will not benefit the rally, instead of holding their position could certainly do the altcoin some good.