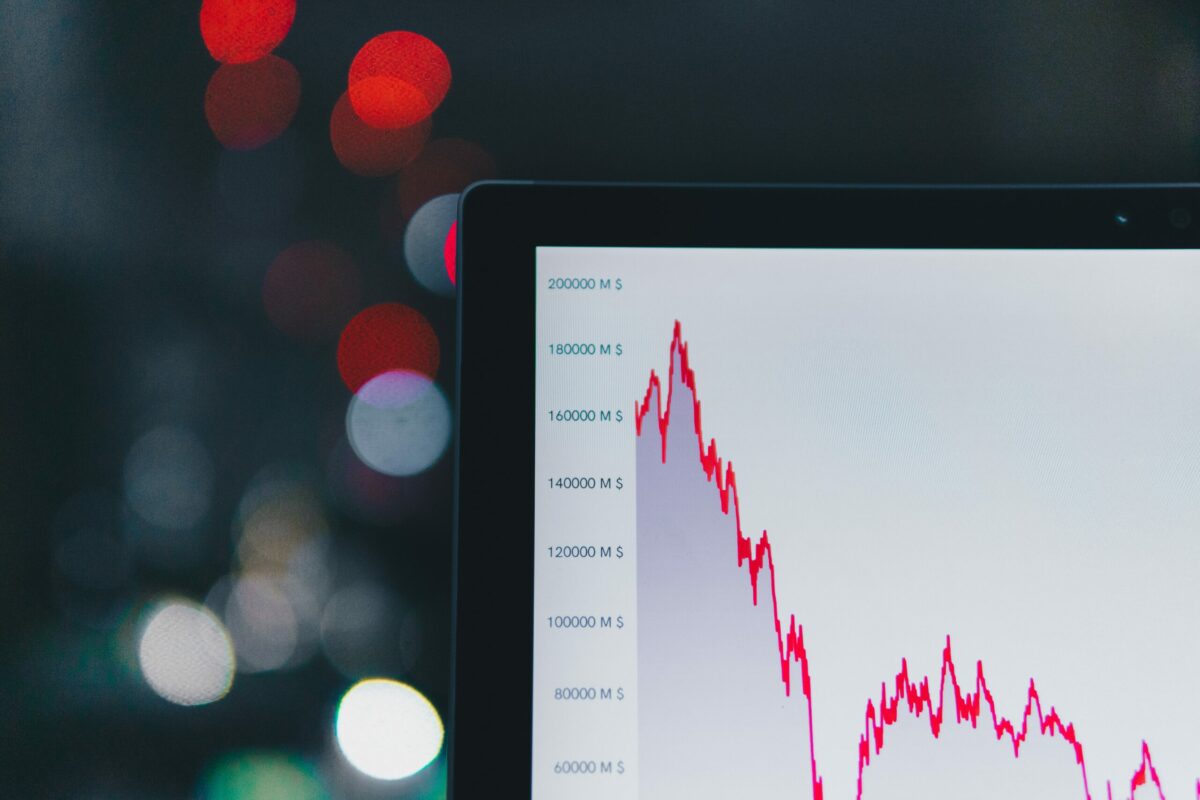 A significant challenge most blockchains face is how to commandeer investors’ interest in the network’s native coins or tokens. Algorand [ALGO], a proof-of-stake blockchain cryptocurrency protocol, has struggled to keep investors interested in its native coin – ALGO.

2022 has been marked by a series of attempts by the Algorand Network to save its ailing coin. These attempts have mostly taken the form of strategic and technical partnerships with other business entities, organizations, and states.

In light of prevailing market conditions, movements on the price charts revealed that ALGO is poised for another bearish run.

ALGO was exchanging hands at $0.2905, at press time. Following an index price of $1.66 towards the beginning of the year, this coin has suffered an 80% decline. Over the last six months, the Algorand Network has entered into partnership deals with FIFA, Keon Foundation, the Nigerian government, Developing Africa Group, and Koibanx. However, no much-needed relief for ALGO just yet.

ALGO started the year with a market capitalization of $10.57 billion. Pegged at $1.98 billion at the time of press, the crypto registered a drop of 81% on the charts.

Significant coin accumulation forced a spike in its Relative Strength Index (RSI) between 22 March and 4 April. However, a retracement, instigated by a general bearish run that plagued the month of April, soon followed. As a result, the RSI was pushed below 50.

It attempted a crossover towards the beginning of May. However, since 8 May, the indicator has been housed beneath the neutral line. At press time, it marked a spot at 33.

Poised for a bearish run, the MACD indicated that the altcoin may be ready for another round of price decline. 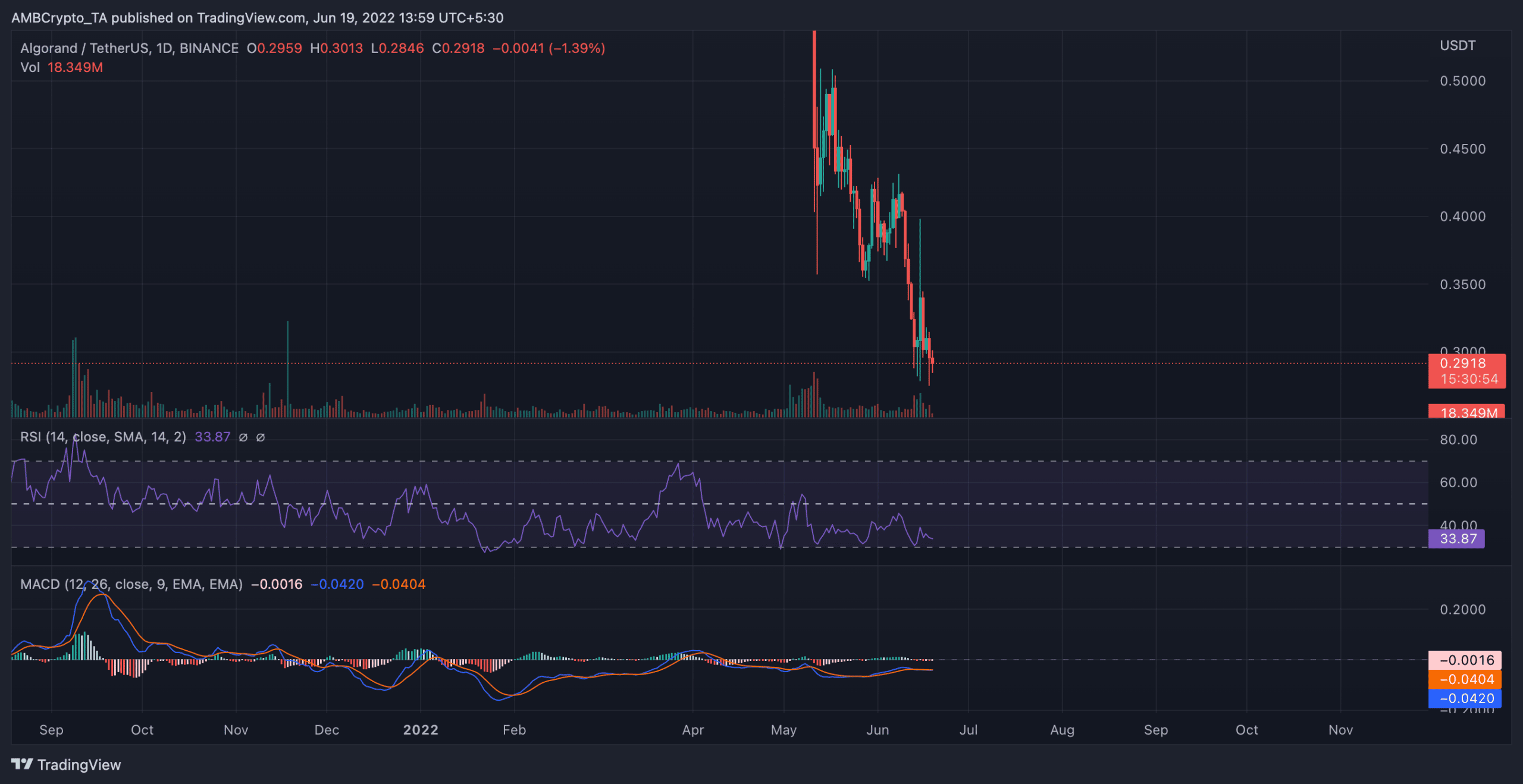 With a number of technical partnerships announced over the last six months, the developmental activity on the network has seen a steady uptick. Although there was a dip in April, it has since picked up and was spotted at 112, at the time of writing.

This year, a 39% growth in developmental activity has been recorded.

This year, the highest figures on the front were 2.17% – Recorded on 3 May. It has gone on a steady decline since.

Solana [SOL] might see an extended decline unless the bulls…