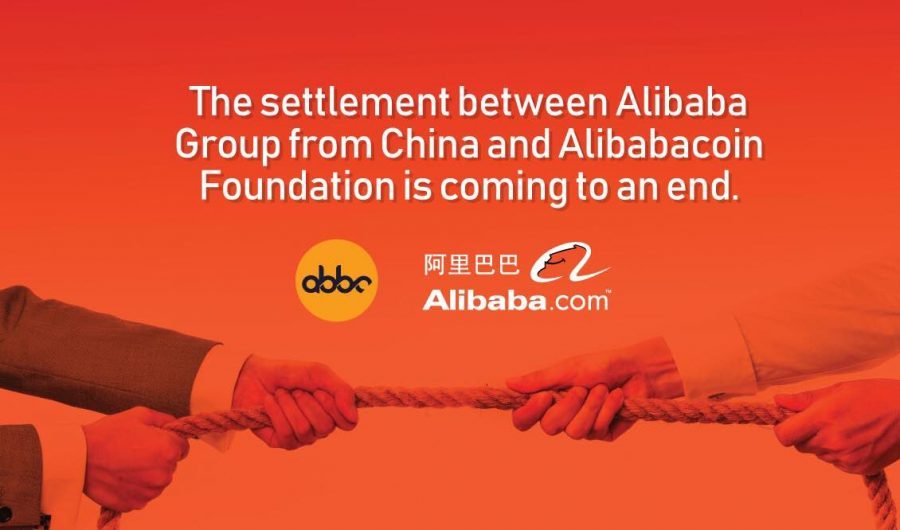 It has been a back and forth round of events since the initial dissention between Alibaba Group Holdings and ABBC Foundation regarding the ownership of the Alibabacoin trademark. It all began when the Belarus-based startup raised money through an initial coin offering [ICO] of Alibabacoin. Upon learning about this matter, Alibaba Group filed a case in the U.S. District Court in Manhattan.
After a long dispute over trademarks, ABBC Foundation and Alibaba Group China issue an announcement. The following statement down was released today.
“Alibaba Group Holdings Ltd. [Alibaba] and ABBC Blockchain IT Solutions LLC [ABBC)] today announced that they had reached a worldwide settlement of claims involving the use of the name ALIBABACOIN, with ABBC agreeing not to use trademarks that include the term ALIBABA worldwide. ABBC regrets any public confusion that may have arisen from its former use of ALIBABACOIN.”
For those who are not familiar, ABBC Foundation is a cryptocurrency startup project located in Belarus and Dubai. They are the team that developed the ABBC Coin. ABBC’s highlight is its proposed facial recognition technology. Their plan is to use “facial password” in daily transactions-coupled with its application of blockchain. ABBC is currently listed in major exchanges and entered Top 30 in the Coinmarketcap.

Auctionity Changes the Face of the Global Auction Industry